Most Expensive Music Videos Ever: Top 10 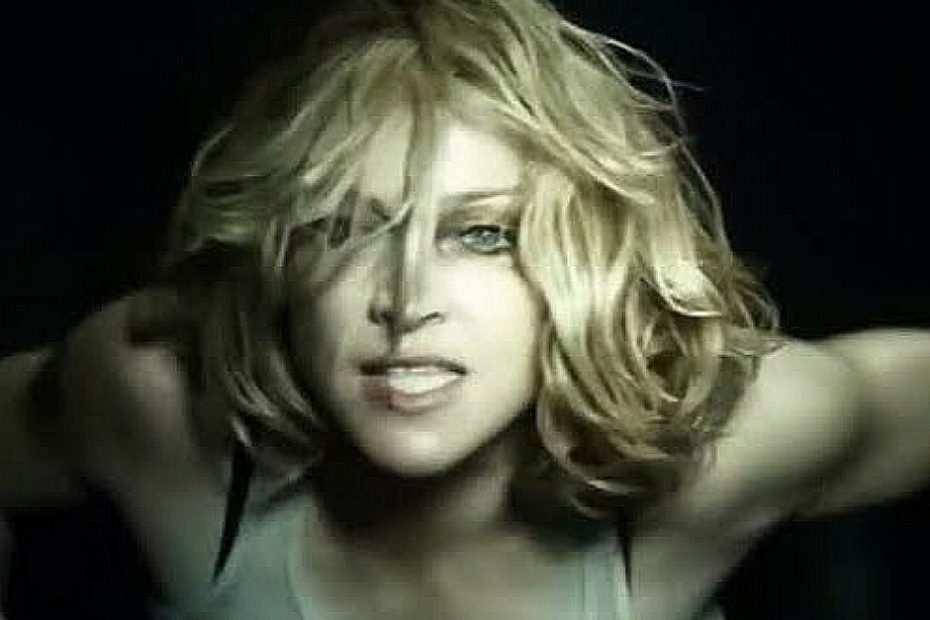 Most Expensive Music Videos Ever: Music is a branch of art that is expressed using different instruments to make intelligible sounds that are comprehensive, rhythmic and appealing to the warm the concept of music is not limited to the sounds made with special musical instruments, it also pertain to the lyrical expressions made or accompanying the sounds in a harmonious sequence and tunes. The main purpose of music amongst other reasons is to entertain. Though some music had been made for other reasons such as eulogies, dirges, didactics and the rest, it’s major aim is to entertain.

Music is not a new concept and based on that fact, it has undergone tremendous improvement and evolution. Music is influenced by a lot of factors such as culture, extant laws, politics and many others. Music also referred to as song is usually composed by a song writer or musician and sometimes with a team or crew known as Band. The evolution of music also affected musical concepts and instruments of production.

At the inception of music, there were less musical instruments. Musicians resorted to local instruments that are readily available and few scarcely found ones to make music. As much as it is a common knowledge that being a musician can be a talent, it can also be studied. The study of music and musical instruments led to the discoveries and consequent advancement of the concept. It is also no doubt how much technology has improved music and music making.

Music is peculiar to man and made across human planet. The effect of technology on music can be seen in the development of modern musical instruments leading to the production of pure and quality sound music. Though it is a welcome development, it has equally affected the cost of music production to a great extent.

Though music is art and a form of literature, it is also a career path for many and has proven overtime to be a very lucrative venture. Making music in the 21st century is not an easy task, so also financing it (depending on the version). Music can be produced in both audio and video version. The cost of producing a video version is usually more expensive compared to the audio version.

These notwithstanding, the cost of producing a music video has shown to vary owing to factors such as, sound quality, visual quality, location, crew, and the quality of instruments used. Music producers and songwriters has shown dedication in nesting up the match in other to entertain and satisfy music consumers, notwithstanding the cost.

This article will be evaluating some of the top 10 most expensive music videos ever made.

Recommended: Most Underrated football players of all time

1. SCREAM BY MICHAEL JACKSON AND JANET JACKSON: The famous duet from Michael Jackson’s 9th studio album titled; History: Past, Present and Future Book 1 of 1995 has been recorded as the most expensive music video in the world with an estimated cost of production at US$7 Million. The hit single by Michael Jackson and his Sister Janet Jackson was released on the 29th of May 1995 as a double A-Side along with Michael’s “Childhood“. 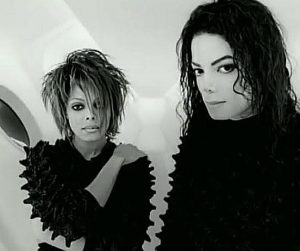 Most Expensive Music Videos In The World

The 4.38 seconds song was written by Michael Jackson alongside his Sister Janet Jackson as well as Terry Lewis and Jimmy Jam after which it was recorded within October and December 1994 at The Hit Factory in New York City and Flyte Tyme in Edina, Minnesota under the Epic Record Label at the time. The R&B Pop was co-produced by the song writers. “Scream” was a hit song with numerous awards including the Grammy Award.

2. DIE ANOTHER DAY BY MADONNA: The second most expensive music video Die Another Day originally written and produced by the legendary American songwriter, Madonna was was a hit single estimated to have been produced at the sum of US$ 6.1 million and released in October 2002 as a commercial single by Maverick Record. 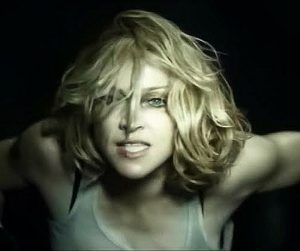 Most expensive music video in Africa

The world record single of about 4.38 seconds was produced under the Warner Bros Record Label at the time. The Dance Pop was written by the famous songwriter Madonna and Mirwais Ahmadzaï and recorded in 2002 at the Olympic Studio in London. The song remains one of the most expensive music videos ever produced and no doubts attracted many Awards.

Recommended: Best Places To Live In The World: Top 8

3. EXPRESS YOURSELF BY MADONNA: The Award winning single of the American songwriter Madonna made the list as the third most expensive music video with production cost at US$5 million. The song was written and produced by Madonna and Stephen Bray under the sire Warner Bros Record Label. 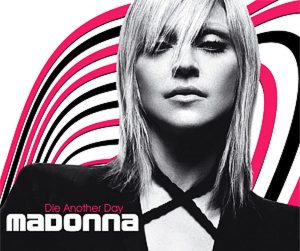 Most Expensive Music Videos Of All Time

The Dance Pop was recorded in 1988 at the Johnny Yuma studio in Burbank California, USA with a duration of 4.39 seconds. Released in 1989, “Express Yourself” was part of the hit Immaculate Collection album of 1990.

4. BEDTIME STORY BY MADONNA: Bedtime Stories also written by the American famous songwriter Madonna is her sixth studio album with over four singles including Bedtime Story. Released in 1994, October 25th by Maverick and Sire Records. 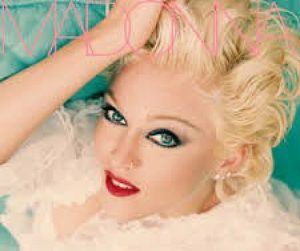 The music was a hit with an estimated cost of production at US$ 4 million. Recorded between February and August 1994 at Axis Studios, The Hit Factory and Sound works in New York City Chapell Studios in Los Angeles, DARP Studio, Tea Room in Atlanta, The Music Grinder at Hollywood, The Enterprise at Burbank, California, and Wild Bunch Studios in London.

It is a combination of Pop, R&B as well as hip hop with a duration of 51.50 seconds. The music was produced by Madonna alongside Dallas Austin, Babyface, Dave Hall and Nellee Hooper under Sire, Warner Bros and Maverick Record Label.

Recommended: Day vs Boarding School: Why Day Schools Are Better Than Boarding

5. ESTRANGED BY GUNS N’ ROSES: Released as a single in 1994, Estrange was written by Axl Rose and produced by Mike Clink, Guns N’ Roses. The Progressive Rock song with about 9.23 seconds has an estimated production cost of US$ 5 million and ranks as the fifth most expensive music video in history and part of the music album; Use your Illusion 2 by Gun N’ Roses hard rock band. 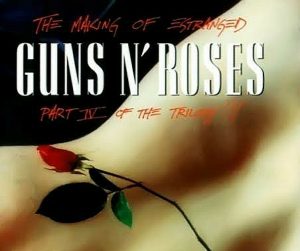 6. BLACK OR WHITE BY MICHAEL JACKSON: The hip hop and pop rock song written and produced by American famous songwriter Michael Jackson in conjunction with Bill Botrell with a duration of about 3.22 seconds is the 6th most expensive music video ever produced. 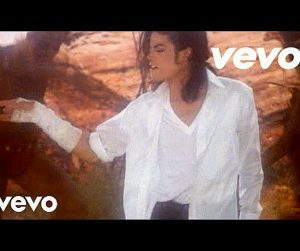 Most Expensive Music Video in The World

With an estimated production cost of about US$ 4 million released in November 1991 by Epic Records. The song was recorded at the Westlake Audio, Record One, and Larrabee Sound Studios between 1989and 1990.

7. MAKE ME LIKE YOU BY GWEN STEFANI: Make Me Like You,” a song co-written by the American songwriter Stefani along with, Larsson, Frediksson, Justin Tranter, and Julia Michaels. Released on February 12th 2016 and recorded between 2015 and 2016. The pop and disco record was recorded at Wolf Cousins Studios, Maratone Studios both in Stockholm, Sweden, and Interscope Studios in Santa Monica, California, USA. 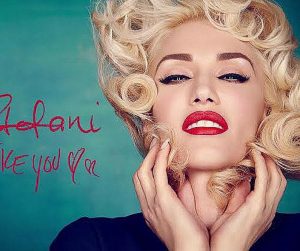 Recorded under the Interscope Record Label with about 3:36 seconds, the music was estimated at a production cost of US$ 4 million making it one of the world’s expensive music videos.

8. CARTOON HEROES BY AQUA: The Danish-Norwegian dance-pop group Aqua is famous for the world record song CARTOON HEROES with an estimated production cost of about US$ 3.5 Million it is listed as one of the top ten most expensive music videos ever produced. 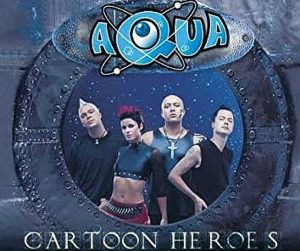 What is the most expensive YouTube video ever made?

Produced from their second studio album, Aquarius, it was released in the year 2000 under Universal Records with a duration of 3.38 secs. The song written and produced by Soren Rasted Claus Norreen is considered one of the top 10 most expensive music videos in the world.

9. ROLLIN – AIR RAID VEHICLES BY LIMP BIZKIT: The song Rollin’ (Air Raid Vehicle)” by the American Limp Bizkit rap rock band. The song is part of their Chocolate Starfish album as well as the Hot Dog Flavored Water. It was released alongside “My Generation” on the September 5th, 2000.

With an estimated production cost of about US$ 3 million, the Rap Metal song produced under the Flip and Interscope Record Label with about 3:33 seconds made the list as one of the top 10 most expensive music videos in the world.

Recorded in March 1997 and released in March 1998 under Bad Boy and Arista Record Label at a duration of 4.55 seconds. With a production cost of about US$ 3 million it is considered one of the top 10 most expensive music videos in the world.