Oldest Buildings In The World (With Pictures): Top 12 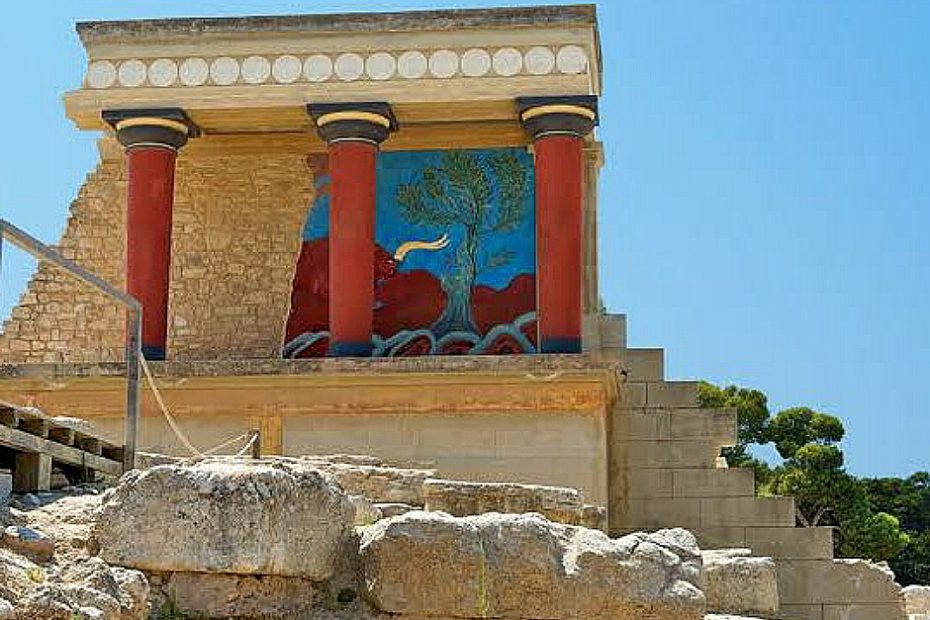 Oldest Buildings In The World: Many fascinating and beautiful buildings fill the world and it looks like more are being constructed on daily basis, using the best and the latest materials and construction techniques. Regardless of all the fancy building that exist today, there are different point in the world which contains ancient buildings that stood the test of time and making it to the world’s centers of attractions today. The constructions from the past has modeled and shaped the world we live in today. From the pyramids in Egypt, to the Buckingham Palace hanging gardens to the ancient city of Athens.

These old buildings determine how we look at constructions in today’s life and how contractors go about their jobs. Looking back at these building, it gives us a hint on how our ancestors constructed these buildings, how they lived, what they valued, the kind of cultures they practiced, and what life was like in their own time.

In this article, we will be looking at 10 oldest buildings in the world.

Recommended: Oldest Books in the World Ever Written

Top 12 Oldest Buildings from Around the World Still Standing

The temples were individually built in several years, within three phases of Cultural Revolution, they were built in this manner; Ġgantija (3600-3200BC), Saflieni (3300-3000BC) and Tarxien (3150BC-2500BC). The temple is under the management of the Heritage of Malta (the people of Malta). They do not share a common location, they were constructed across Malta in various locations. Regardless the temple possess a common form of architecture, this includes the internal walls of the temple’s which was made from orthostates (a row of large stone slabs). 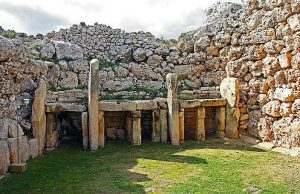 Oldest Buildings In The World That Are Still In Use

The variations that existed in the temple’s was seen in the number of chambers which are referred to as “apses”, some temples had three, some four, five, some even had six. The spaces which existed between these apses’ walls were filled up with earth which contain pottery shards sometimes or stones. The walls outside the temple were made with coralline limestone, which is harder than the globigerina limestone which were used inside the temples. 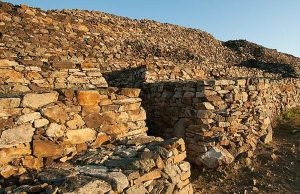 It was constructed with 13,000 to 14,000 tons of stone, with 11 chambers made of granite and slate which can be accessed from different passages. In the original construction, the chambers had enclosures, but modern quarrying had caused some of them to be exposed partially. Also there are nine narrow dry-stone walls which are covered with slabs and it lead to the corbelled chambers.  To build one Cairn alone required 15,000 to 20,000 working days.

3. Knap of Howar: The Knap of Howar is located in Scotland, the building is a Neolithic farmstead which is considered to be the oldest stone house on Europe. The building was occupied in 3700-2800 BC, it has two adjacent buildings that faced the sea. One of the buildings was a living quarter while the other was a workshop and storage for the family. The walls of the building stand at 1.6m this is measured to be its length during its time of occupation. 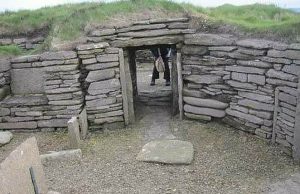 Oldest Man-Made Structures On Earth Still In Use

The building used as a living space and the one for workshop were measured to have the space of 10x5m and were both separated with an upright slab. The holes which were found in the slabs goes to suggest that the roofs were made from turfs which are raised above the walls. The stone shelves, beds have been perfectly preserved.

4. Newgrange: Newgrange which is located in Meath, Ireland was built in 3200BC is a prehistoric monument that is older than Stonehenge and the Egyptian pyramids. Lots of human bones and grave offerings have been discovered inside the tombs. 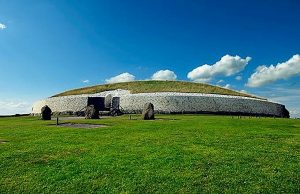 What are some of the oldest buildings that are still in use?

The inner passage, chambers and the outer kerbstones are made up of 547 earthly rock, these rocks were gathered from the County Louth beach which is 5km away from the building. The thousands of pebbles that make up the building (cairn) weighs about 200,000 tonnes and were gotten from nearby river terraces of the Boyne.

5. Pyramid of Djoser: This pyramid was constructed between 2667BC to 2648BC. The pyramid was named the pyramid of Djoser because it is the resting place of Djoser, an Egyptian king, the 2nd king of the 3rd dynasty of the old Egyptian kingdom, he rained for 19 years. This tomb dominates the Saqqara Egyptian landscape and is surrounded by a light Tura limestone wall which is about 10.5m in high. 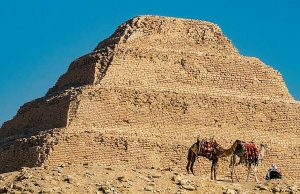 The outside wall is surrounded by trench dug rock which is measured to be 750m long and 40m wide. The structure has a roofed passage made with a lime stone ceiling which in their course of constructions were made to appear like they are tree trunks which leads to what looks like a stone imitation of two open doors.

A roofed passageway entrance with a limestone ceiling was constructed to look like tree trunks and leads to a stone imitation of two open doors – this area houses 20 pairs of limestone columns that were built to look like bundles of plant stems. The burial chamber was constructed out of four courses of well-dressed granite and had one opening, which was sealed by a 3.5-ton block after the burial. Unfortunately, nobody was ever found as the tomb had been robbed.

6. Göbekli Tepe: Göbekli Tepe is an archaeological building that is located in a temple in southeastern Turkey which is dated back to 9500BCE to 8000BCE. The tools which were found during excavation helped in determining the age of the temple and this was done through a process called carbon dating. The building is the oldest structure on as has been found till date, it is older than the Egyptian pyramids and the Stonehenge. 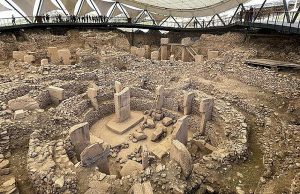 The building is made up of other buildings that are made up of large circular structures which are supported by stone pillars. The pillars are decorated with carvings and drawings of animals, animals such as lions, ox, scorpions, and vultures. The Turkish Ministry of Tourism has made it a point of duty to preserve this building.

7. Mausoleum of the First Qin Emperor, Xian, China: This was built for a period of 38 years from 246 to 208 BCE, and it is located beneath a 76 m tomb mound which was shaped in the form of a truncated pyramid. It is built with the layout of the mausoleum and modeled on Xianyang, the capital of Qin. 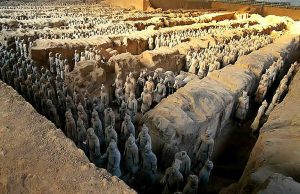 What is the oldest building in the world still in use?

The structure houses the famous Terracotta Army that guards the resting place of Qin Shi Huang, while the main tomb houses the coffin and the burial artifacts.

8. Tumulus of Bougon: This building is the third oldest in the world and it is located in France. The structure has five (5) different tumulus in its site. The Tumulus of Bougon was a burial site used to pay remembrance to people who has passed away in neighboring villages, each tumulus differed in size. The structure was constructed various times during a period of 12000 years from 4700 to 3500 BCE. The site is still standing and remains a beauty to the eyes. 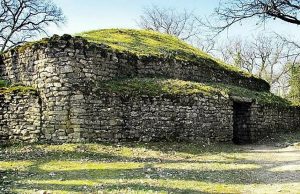 Oldest Buildings from Around the World

Also see: Countries With the Best Doctors in the World 2022

9. Uruk: The Uruk is another structures in the world that is one of the oldest. It is a single building found in an ancient city, a city believed to be the first city every created. The building represents a turning point in civilization and was constructed in 4000BCE. 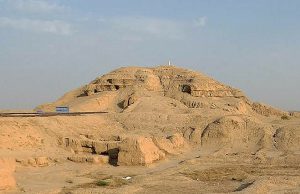 oldest buildings in Europe still in use

The main material that was used for the construction of the building is adobe brick. The city still stands till date making many tourist travel to Iraq to explore the structure.

10. Abu Simbel: This ancient construction is located in Egypt, constructed around 1264BC. In Egypt, it is located at the bank of Lake Nasser, the western side but were relocated in 1968 because of the threat which faced it from the Aswan High Dam. 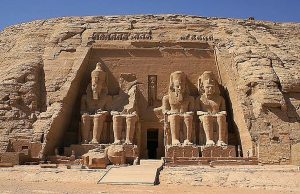 Oldest Buildings In The World

Recommended: How To Stay Motivated At Work

11. Knossos Palace, Greece: This ancient building is located in Crete, Greece and it was at the cultural and political heart of the Minoan Bronze age. This palace building had been victim to different catastrophes such as: natural disasters and loots over the years, wars and is said to have been rebuilt several times. 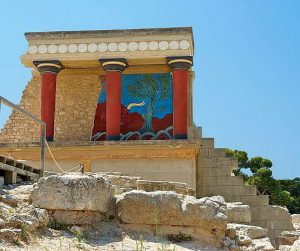 What is the oldest man made structure?

Knossos Palace structure was finally destroyed around 1300 BCE and abandoned less than a century after and what remains for people to see at the archaeological site is mainly ruins of the old structure.

Also see: Most Beautiful Provinces Of Canada (With Pictures)

12. Shunet el-Zabib, Egypt: This was built around 2750 BCE and is amongst the oldest mud-brick buildings to still exist. It was made as a posthumous tomb shrine for King Khasekhemwy who reigned as part of old Egypt’s second dynasty. 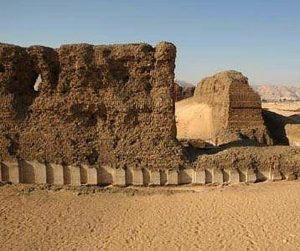 Oldest building in the world still in use

Shunet el-Zabib is considered to be the predecessor of the Egyptian pyramids and the Shunet el-Zabib structure houses the Kings royal tombw underground. Above ground, there was a structure built for the purpose of collectively worshipping and paying respect to the king.

In conclusion, there are many historical buildings in the world and these 12 are to count but a few. These structures were made with the right mindset, determination, and good materials and proper maintenance hence the reason it still stands till date.