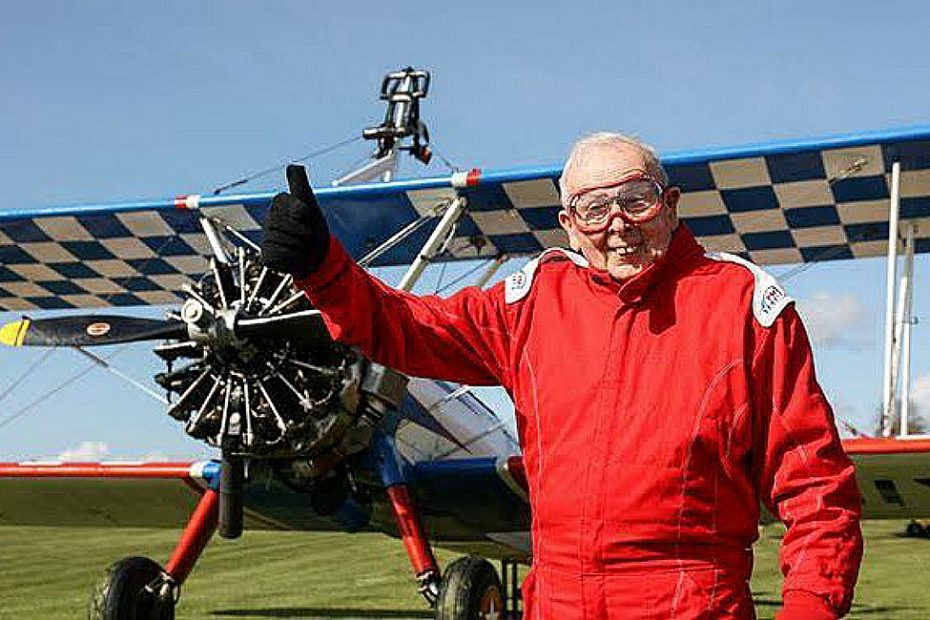 Most Difficult World Records To Break: Right from the inception of man, there has been certain ways of doing things, interacting with the environment and natural forces. Human existence has been based on certain parameters, universal laws and man-made standards. Over the years, some of these basic standards has been defiled and records has been set, broken and new ones set by exceptional individuals. Based on the subject and focus of this article, we will first take a look at how records came to be recognized and made official.

It started On 10 November 1951, when the then managing director of the Guinness Breweries, Sir Hugh Beaver, embarked on a shooting party in the North Slob. He missed a shot at a golden plover, and got into an argument on which game bird in Europe was the fastest, whether it was the red grouse or the golden plover. It was later agreed that it was the plover.

However, he came to realize that there wasn’t any reference book anywhere that could confirm that the golden plover was the fastest game bird in Europe.

Considering the fact that there could be other debatable questions requiring verifiable and uncontestable answers and yet no book in the world to settle such debates in a documented record. Beaver then saw a feasible opportunity to create a reference record book that could be used or referred to in other to settle such contestable arguments and questions in the world by articulating such answers.

Norris and Ross McWhirter, who were twin brothers and had been running a fact-finding agency in London at the time were commissioned, in 1954, to compile what has become The Guinness Book of Records. The Guinness Superlatives that became the later Guinness World Records Limited, was officially formed in 1954 to publish the maiden edition.

In 1989 Guinness reacquired the publishing rights from Sterling Publishing who held the right for decades following a prolonged lawsuit. The popularity and value grew and after series of purchase and change of ownership, Guinness World Records was then purchased in early 2008 by Jim Pattison Group, the parent company of Ripley Entertainment. They are the only Company licensed to operate Guinness World Records’ Attractions.

The Headquarter of the Guinness World Records headquarter is based in London, but its museum attractions continued to be based at the Ripley headquarters in Orlando, Florida, USA. The recent editions of the Guinness World Records have focused on the incredible feats set by individuals in competitions and lone performances. Many world records has been set over the years. Some could take less human effort and physical strength while some pose great difficulty and sometimes life-threatening. Let’s considering some of the most difficult Records ever set which has become even more tasking to break.

1. THE LONGEST DISTANCE AN AIRPLANE WAS PULLED BY A HUMAN BEING: This Guinness world record was set by Kevin Fast at the Canadian Forces Base in Trenton, Ontario, Canada, on the 17th of September 2009 where he single handedly pulled a CC-177 Globemaster III, that weighs 188.83 tons (416,299 lb), for a distance of about 8.8 m amounting to 28 ft and 10.46 inch. 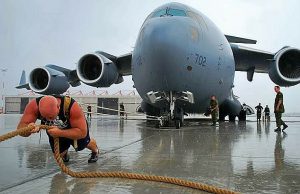 Most Difficult World Records to Beat

This was regarded as one of the most difficult Records ever set by an individual and yet to be beaten or matched by anyone else in the world.

2. THE HEAVIEST WEIGHT SUPPORTED BY A HUMAN TONGUE: The heaviest weight lifted with the tongue is 13 kg equivalent to 28 lb 10.5 oz, this world record was set by Thomas Blackthorne from the United Kingdom. He did this astonishing performance right on set at the Lo Show Dei Record, held in Milan, Italy, on the 22nd of February 2022. 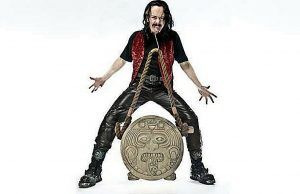 Olympic records that probably will never be broken

This is one of the most difficult records ever set considering the nature of the task required and so far, no one has been able to match or break the record.

Recommended: Best Programmers In The World

3. MOST METAL EATEN: This particular world record is quite weird and sounds impossible however, it was done by Michel Lotito from France. He was born in 1950, though currently demised, he had set the world record that no one has been able to break even while he’s dead. He was popularly known as Monsieur Mangetout, and was able to comfortably consume glass and metal most of his life. 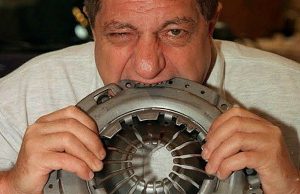 The man with the most world records

Beginning from 1966 he had consumed about 15 supermarket trolleys, about two beds, 18 bicycles, about 7 television sets, a computer, over 6 chandeliers, a pair of skis, and even more surprisingly, a low-calorie Cessna light aircraft. He had set a record that no one seems to be willing to break as it remains one of the most difficult world records ever set.

4. THE WORLD’S LONGEST FINGERNAILS: The 63 year old Diana Armstrong, an American, had broken the set the world record for growing the longest fingernails on a pair of hands. Having trained the nails for over 25 years, it was reported to be longer than a standard yellow school bus. 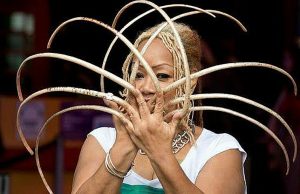 Most Unbreakable Records in Sports History

Such record is quite difficult and has remained unmatched and unbeaten as it is one of the most difficult records ever set in the world.

Also see: Countries With the Best Doctors in the World

5. MOST COCKROACHES EATEN IN A MINUTE: Another most weird and difficult record ever set was the one set by Ken Edwards in 2001. The English man and retired rat catcher who also take up to entertain audience intermittently had set the record at The Big Breakfast Show in London, England on 5th of March, 2001 where he ate about 36 cockroaches in a minute. 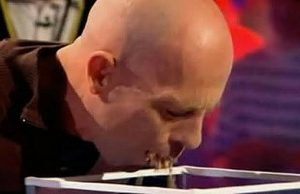 What is the hardest world record to beat?

Notwithstanding the fact that he is known for carrying out bizarre performances and had taken to the stage at an early age of 18, his act had gained him the recognition and world title as the man that had eaten the most cockroaches in a single minute. This world record is not just wired and quite disgusting to many, it is equally very difficult to match and beat the record. It is one of the most difficult records ever set.

6. MOST LAWSUITS FILED BY A SINGLE INDIVIDUAL: with a record of over 2600 and approximately 4500 Jonathan Lee Riches set the world record of the highest lawsuits ever filed by a single individual in the world. Jonathan Lee Riches had filed the first lawsuit against his mother for neglect and child support which he won and was duly compensated, he went further to sue virtually everyone around him including his neighbors, friends, family members, Companies, court judge, the police, his fiancée and even the former president of the United States George Bush. 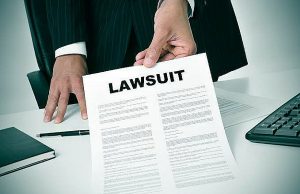 Based on his numerous lawsuits, of which some were frivolous, got a wind that the body licensed to publish and keep facts and world record breaking performances was going to enlist him as the first man on earth to ever institute such plethora of lawsuits, he quickly sued Guinness World Records for trying to make him the world most litigious man.

The suit however was thrown out for lack of merit as the defendant in the suit had submitted that they had no intention at the time to formally enlist him as the most litigious man on earth.

Recommended: Advantages And Disadvantages Of Working In A Team/Group

7. FINDING THE WORLD’S BIGGEST DIAMOND: The Cullinan Diamond, weighing about 3,106.75 carats which is equivalent to 621.35 grams and 21.9 ounces, and of course 1.37 pounds remains the largest rough diamond of premium quality to ever be found. It was discovered on the 26th of January 1905 at the Premier No.2 mine located in Cullinan, South Africa. 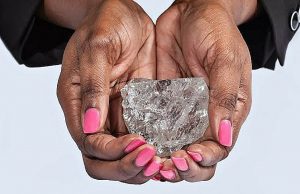 Stupid World Records That Nobody Has Bothered to Try and Break

Although it wasn’t the attraction of most gem investors at the time, it remained the largest diamond ever found and had set the record. Such gems in such such are not easy to find and that makes it one of the most difficult records ever set.

8. THE OLDEST PERSON TO WING WALK: Ivor Button who was 95 years old at the time had set the world record as the first elderly man to Wing Walk. Wing Walk or walking entails flying on the wing of an aircraft in open air instead of sitting right inside the plane. It is not a common phenomenon and especially for aged persons. 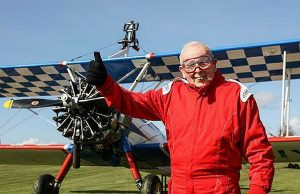 What are some Guinness World Records that are very difficult to break?

The record remains one of the most difficult (even though it has been relocated). The British great-grandfather had flown for an hour and 21 minutes across the Irish Sea to set the record.

Also see: Most Expensive Cars in the World & their Prices 2022

9. MOST WORLD RECORDS: It is not an easy task setting a world record, it is even more astonishing to repeatedly set new world records. This is the story of Ashrita Furman who holds the record as the man with the most Guinness World Records in the world with about 530 world records set by him alone. 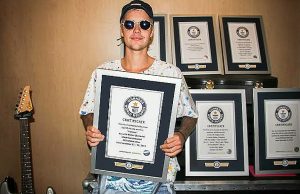 Most Difficult World Records To Break

He was born on the 16th of September 1954. He had started setting world records since 1979. This records remains one of the most difficult records ever set by an individual.

10. FARTHEST ARROW SHOT USING FEET: Brittany Walsh is a world record holder for an outstanding and uncommon performance. It is not as easy shooting an arrow using one’s hands, even so, it requires skill and mastery. 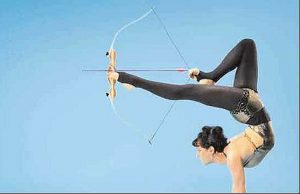 What is the most impressive world record?

This is quite different with Brittany Walsh who was able to set a record for being able to shoot an arrow using her legs without external support to a considerable distance that is jaw-dropping.

Conclusively, most of these records are set by unique individuals with special abilities therefore, it is not advised to try some of them as they could pose serious difficulties and could be hazardous.

1 thought on “Most Difficult World Records To Break/Beat: Top 10 Hardest”