Home » Fashion Updates and Trends » Richest Women In Ghana and Their Networth 2022: Top 10

Richest Women In Ghana and Their Networth 2022: Top 10 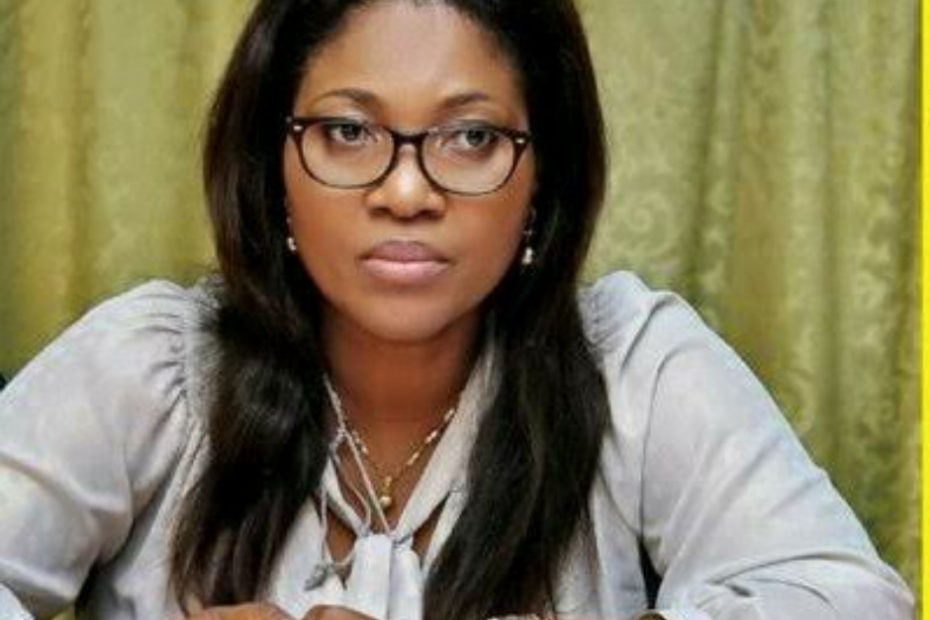 Top 10 Richest Women In Ghana: Ghana is a popular and prosperous west African country, as well as one of the richest in Africa. She has a market-based economy with low trade and investment obstacles. A country rich in unique culture, tribes, natural riches, and, most importantly, its people.

As the country grows more densely populated with successful individuals on both a continental and national level, poverty and unemployment rates decrease, cushioning the country’s economic prowess. The richest people in Ghana are not simply men; there are also wealthy women on the list.

In terms of wealth accumulation, male conglomerates in business appear to be making the most progress. However, this does not invalidate the fact that female business moguls are also tapping into the country’s tremendous resources. In reality, these ladies brush elbows with some of Ghana’s wealthiest men.

Some of Ghana’s wealthy women are key players in the industries in which they have made investments. Many hardworking and successful women have built vast economic empires by fully utilizing their entrepreneurial and commercial abilities.

This article looks at the richest women in Ghana. Over the years, the country’s established ladies have made fruitful investments.

THE NET WORTH OF USD 720 MILLION

Patricia Poku-Diaby is Ghana’s wealthiest lady. She is a proud business entrepreneur who has built her companies to global recognition and ratings. Her family’s commerce and shipping company were the first to contribute to her financial worth. She began making waves in Ghana’s industrial sector after establishing her conglomerate, Plot Enterprise Ghana Limited. Her firm is one of Ghana’s most expensive. 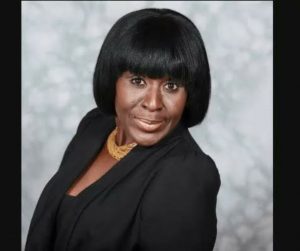 Richest Women in Ghana and Their Net Worth 2022

Plot Enterprise Ghana and Plot Commodities are subsidiaries of the corporation that processes cocoa in Ghana. The firm has grown and now operates in other countries, including the Plot Enterprise in Ivory Coast, a Dubai-based metal commodities center, and other Plot Enterprise Limited in Asian and African nations.

Her firm has machinery that processes over 32,000 tonnes of agricultural goods each year, contributing to Ghana’s economy; it’s a little surprise she’s number one on the list of the richest women in Ghana. 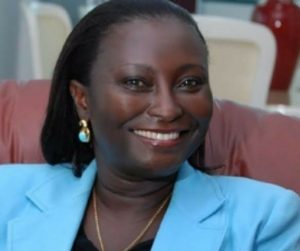 Theresa Oppong has in-depth knowledge and understanding of Ghana’s marketing needs, as well as the capacity to adapt to the needs of the Ghanaian people. She has been at the vanguard of real estate development and the hotel business in Ghana for well over a decade, lifting the standard in terms of industry rules.

Kate is one of Ghana’s most well-known and successful female businesswomen.
Kate decided to start her firm, Reroy Group Ltd, to create and sell high-quality electric cables in response to the country’s severe demand for them. 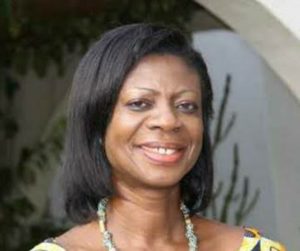 The firm grew over the years, eventually evolving from a simple cable production and distribution company to a full-fledged electrical service provider. Her firm’s operations have made a significant contribution to Ghana’s electrical and power solutions stability. She is one of Ghana’s wealthiest and most powerful women.

Even though Gifty inherited most of her fortune from her late husband, a multi-billion businessman, she has continued to add to it. She has carved out a legacy and path for herself that no one can smudge. 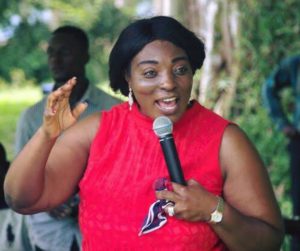 Gracy is the CEO of SIDALCO Fertilizers Ltd. She is an entrepreneur as well as a social influencer. She also chairs several Ladies of the Cross International Ministries, which focus on donating and aiding the poor. Mrs. Lamptey has three children and is a widow. The net worth of Gifty Lamptey is 135 MILLION DOLLARS.

Grace is another businesswoman among Ghana’s top ten wealthiest women. Grace has amassed a fortune through her firm, Forever Clair Beauty Products, which she started in the 1990s. 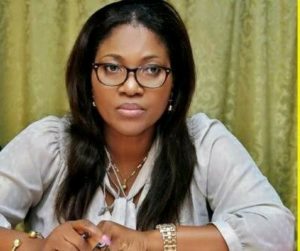 Her items are among the most widely utilized locally produced goods in Ghana. Her items’ quality speaks for itself, as Ghanaians flock to her store in droves. Her achievements gained her membership in the Association of Ghana Industries’ executive committee.

Grace is also the head of the Ghana Cosmetology and Wellness Foundation, and she has received multiple honors for her contributions to the industry.

THE NET WORTH OF 85 MILLION DOLLARS

Patricia Obo-Nai is an engineer and one of Ghana’s wealthiest businesspeople, having made a fortune in the country’s telecommunications industry. Her academic credentials are impressive, especially given the prestigious colleges she attended. 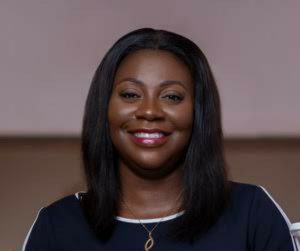 richest women in Ghana you need to know

THE NET WORTH OF 70 MILLION DOLLARS

Through her many business ventures, she became one of Ghana’s self-made millionaires. She is one of the wealthiest Ghanaian women due to her ability to be a successful businesswoman. With a little expertise and a lot of hard work, she started a career in gold mining. 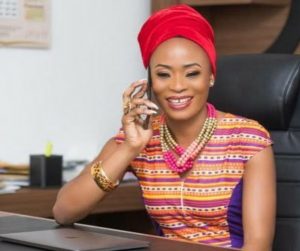 THE NET WORTH OF $2 MILLION

Felicity Ama Agyemang, better known by her stage as Nana Ama McBrown, is a Ghanaian actress and TV host. Nana Ama McBrown began her acting career at a young age and now presents various television shows. She is extremely affluent, with the majority of her earnings coming from partnerships, sponsorships, and movies. 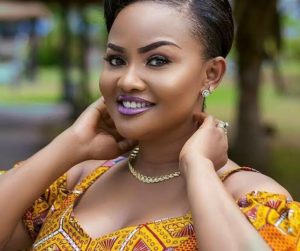 Nana is also a television host, hosting a variety of events and programs based on the Ghanaian and African entertainment industries. Earned her place among legendary who is unrivaled in originality and excellence on television, making her one of the biggest names in media and securing her place among Ghana’s top ten wealthiest women.

1.5 MILLION DOLLARS IN NET WORTH

Jackie Appiah is a media personality and actor in the entertainment industry.  She has starred in many films, all of which have showcased her natural abilities and expertise in the field. Due to her fame, she has become one of Ghana’s most well-known actresses. 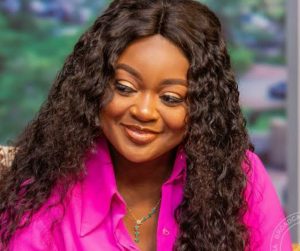 Even though Jackie is an experienced actor, she continues to feature in Ghanian blockbusters, where she continues to wow her adoring audience with her remarkable acting abilities. She is presently one of Ghana’s wealthiest actresses, with many large partnerships as a brand ambassador for some of the country’s most well-known companies.

Despite being one of Ghana’s wealthiest women, Beatrice Agyemang does not belong to the country’s millionaires. She is a well-known figure in Ghana, and her clout has helped her earn considerable wealth. Beatrice Agyemang is a journalist, television personality, and presenter. 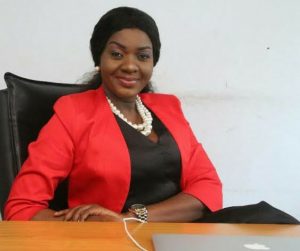 She began her career in 2000, writing about and debating Ghana’s unsolved problems. She progressed from anchor to producer to TV channel owner. General TV is her company’s CEO and Managing Director. She also runs TV3, a little-known African television station.

Through the achievements of Ghana’s richest women, the country’s sectors are undergoing constant changes toward growth. In reality, more women will be given additional responsibilities for wealth development in the coming years. The list of Ghana’s wealthiest women demonstrates that more women are overcoming barriers in the workplace, and their net worth reflects the strength of the African woman in Ghana. As a result, other women must step up to the plate in their undertakings.