Richest Women In Nigeria and their Networth 2022: Top 10 Wealthiest 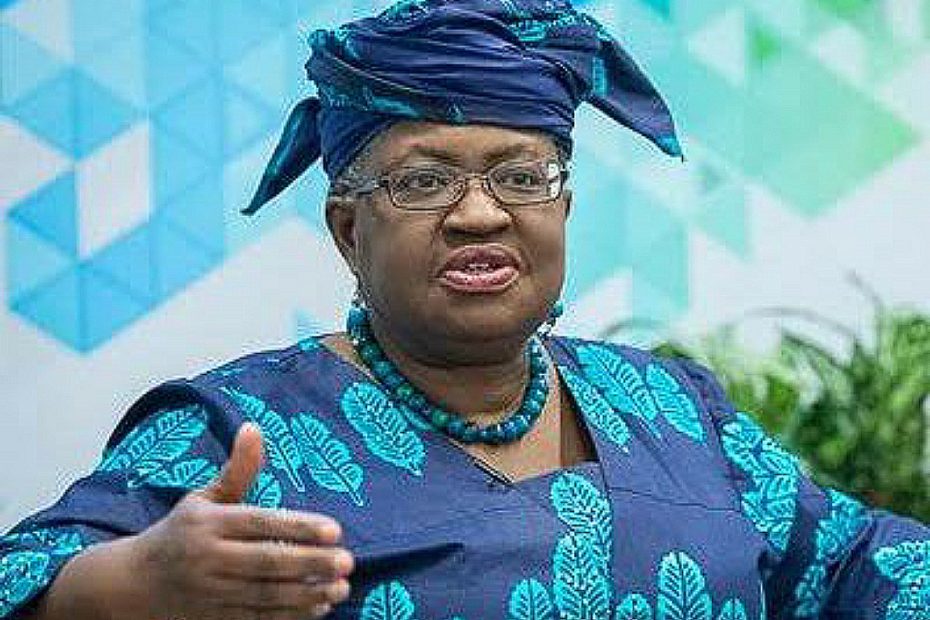 Top 10 Richest Women In Nigeria: Nigeria, Africa’s most populous black country, is known for its vibrant and hospitable culture, which can be seen in a variety of creative forms. Africa’s fashion, technical, and creative powerhouses, as well as the world’s second-largest film industry, are all found here. It’s intriguing to learn who the wealthiest people in Nigeria are at any given time — and it’s even more fascinating to see which women have the highest net worth in Nigeria right now, given that the list is still dominated by males.

These ladies of riches have it all: a flourishing company, high-end automobiles, and many residences. The majority of them, like their male counterparts, made money in the oil and gas business, although some made money in fashion, real estate, food commodities, and banking and finance. Others began with nothing and now have businesses with millions of employees and yearly revenue in the billions of naira.

Due to how successful they have been in their various industries, most of them have been globally recognized and honored with several awards, the kinds you cannot easily come by. Indeed, they’re the best example of the expression, “what a man can do, a woman does better”.

What distinguished these women was their ability to use, invest, and increase their fortune across many companies, rather than their ability to create money, which anybody can do. As a result, this article will highlight the top ten wealthiest women in Nigeria in 2022, as well as their net worth.

Recommended: Most Paid CEOs in the world 2022

1. ALAKIJA FOLORUNSO: The first on our list is Folorunso Alakija. A Nigerian businesswoman with four sons who is married to Mr. Modupe Alakija.She is a graduate of Secretarial Studies from Pitman’s Central College, London. 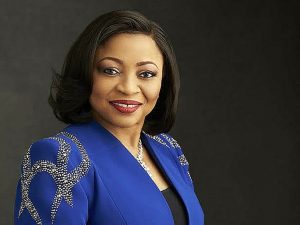 Richest Women in Nigeria and their Net Worth

She started her career as an executive secretary for Sijuade Enterprise in Lagos State, then went to the banking industry as an executive secretary for twelve years, eventually advancing to the post of head of corporate affairs. She discovered her interest in fashion design later in life, focusing on elite wear. She delved into other sectors after the success of her fashion firm, the most lucrative of which was oil. She has now evolved into an oil magnate while keeping control of the company in her family’s hands.

Mrs. Alakija is noted for her altruism and spiritual life, in addition to her considerable riches. In 2015, Forbes ranked Alakija as the 87th most powerful woman in the world, following Ngozi Okonjo-Iweala. With a net worth of $1 billion, Alakija is Nigeria’s wealthiest woman and Africa’s second richest woman.

Also see: Differences Between Standard of Living and Cost of living

2. HAJIA BOLA SHAGAYA: Hajia Bola Shagaya is a modest woman who keeps her money secret. She is married to Alhaji Shagaya and has six children. She received her bachelor’s degree from Ahmadu Bello University in Zaria and Armstrong College in California. 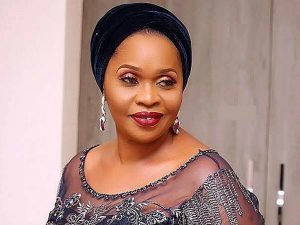 She started her career in the audit department of the Central Bank of Nigeria before moving into commercial activities in 1983, starting with the importation and distribution of photographic materials (her first major source of wealth) and introducing the Konica brand to the Nigerian market and West Africa. For the last eight years, she has been on the board of Unity Bank Plc and is a member of the newly formed Nepad Business Group Nigeria.

Hajia Bola Shagaya is the CEO of one of Nigeria’s leading base oil importers and distributors (Practoil Limited). She is a fashion and art connoisseur, as well as a collector of fine automobiles, including a $90 million Rolls-Royce Ghost. With a net worth of $950 million, she is Nigeria’s second wealthiest woman and Africa’s fourth wealthiest woman.

3. DAISY DANJUMA: Daisy Danjuma, born on August 6, 1952, in Benin City, Edo State, Nigeria, is married to Nigerian millionaire Theophilus Danjuma. She earned a Bachelor of Laws degree from Ahmadu Bello University in Zaria in 1976 and was elected to the Federal Republic of Nigeria’s Senate in 2003, representing Edo South, where she served until 2007. She presently serves as South Atlantic’s Executive Vice Chairman. She’s a businesswoman, investor, and entrepreneur from Nigeria. 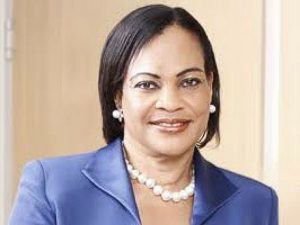 Who is the youngest female billionaire in Nigeria?

She serves as Atlantic Petroleum’s Vice-Chairman and Managing Director. Daisy Danjuma, with a net worth of $900 million, is the third richest woman in Nigeria in 2022.

Recommended: Advantages And Disadvantages Of Being An Employee

4. FIFI EJINDU: Fifi Ejindu, or Offiong Ekanem Ejindu, is a Nigerian businesswoman who was born in 1962 and raised in Ibadan. She is married to Amechi Ejindu, with whom she has a son. 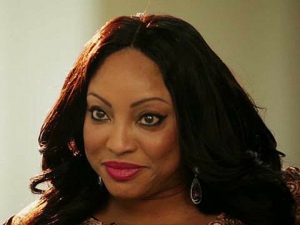 Who is the richest woman in Nigeria 2022?

In 1983, she earned her B.Arch from Pratt Institute, a prestigious design school in Brooklyn, New York (where she was one of the first African women to acquire a Bachelor’s degree in Architecture). After graduating from Pratt Institute, she took several courses at the Massachusetts Institute of Technology and then returned to Pratt Institute for her Master’s in Urban Planning before moving to Nigeria. Fifi Ejindu is the founder of Starcrest Limited, as well as an architect and philanthropist.

Starcrest, which is responsible for part of the country’s foreign investment, has three divisions: real estate, construction and design, and investment possibilities. Many residential and industrial villas are also managed by organizations around the country. With a net worth of $850 million, Fifi Ejindu is the fourth richest woman in Nigeria.

5. STELLA OKOLI: Stella Chinyelu Okoli, often known as Stella Okoli, is a well-known entrepreneur, philanthropist, pharmacist, and wealthy woman who was born in Kano State in 1944. She has three children from her marriage to the late Barrister Christopher Okoli. 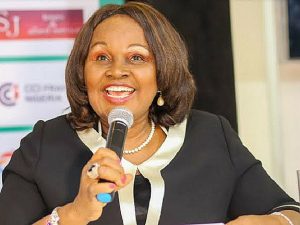 richest women in Nigeria & their cars

In less than three years, the firm had established itself as a significant pharmaceutical manufacturer in the Western region, with Emzor paracetamol as its primary brand.

Stella Okoli is one of the few Nigerians who has been acknowledged globally for her efforts to provide adequate health care in the country through her company’s goods, which are frequently recommended even beyond Nigeria. Her firm is working extremely hard to make pharmaceuticals very affordable for Nigerians to promote excellent health throughout the country, so she doesn’t only want the money. Her altruistic background has landed her in the top five richest women in Nigeria, with a net worth of N800 million.

6. BIMBO ALASE: Bimbo Alase, a Yoruba businesswoman who married the late Kunle Arawole and was born in 1962, has broken through hitherto impenetrable boundaries in Nigeria and beyond. She is a Nigerian entrepreneur, investor, and businesswoman. She is the chairman and CEO of Leatherworld. She studied at Pitman College and the Regent Academy of Design and Fine Arts in London. 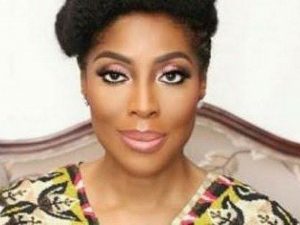 She also possesses a London Design School Post-Graduate Certificate in Interior Design. Her company, Leatherworld, is a well-known luxury furniture company in Nigeria. Before launching her company in June 1994, she operated Glamour, a small gift boutique and beauty salon in Apapa, Lagos.With a net worth of $750 million, Bimbo Alase is Nigeria’s, sixth-richest woman.

7. MO ABUDU: Mosunmola Abudu, often known as Mo Abudu, is a Nigerian businesswoman. She was married to Tokunbo Abudu (later divorced) and had two children on September 11, 1964, in the United Kingdom, where she spent most of her formative years. 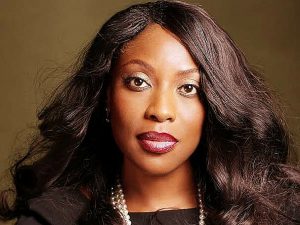 She received her master’s degree in Human Resource Management from the University of Westminster. When Mo Abudu was appointed chief of the human resources department of Exxon Mobil Nigeria, one of the country’s largest oil firms, when she came to Nigeria.

Despite facing racism as a black woman when growing up, Mo Abudu was motivated to combat prejudice and promote human equality. She is one of the few African women to have had a significant impact as a result of this experience.

Mo Abudu is enthusiastic about a variety of enterprises, including hotels, human resources firms, and the media. She is recognized as one of Nigeria’s and Africa’s wealthiest media personalities, having inked a multi-million dollar agreement with Netflix. Mo Abudu is a philanthropist and the seventh richest woman in Nigeria, according to Forbes, with a net worth of $650 million in 2022.

8. STELLA ODUAH: Stella Oduah, a Nigerian entrepreneur, investor, and businesswoman, was born on January 5, 1962, in Ogbara, Anambra State. Her husband is Chris Ogiemwonyi. She earned a Bachelor’s degree in accounting and a Master’s degree in business administration in the United States. 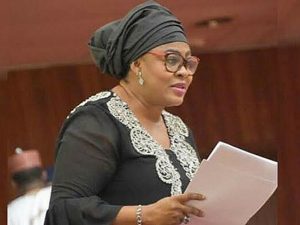 Rich women in Nigeria according to Forbes

Stella Oduah started the Sea Petroleum and Gas Company Limited, a Nigerian independent marketer of petroleum products, in 1992 and currently serves as its chairman and CEO (CEO). She is a Nigerian Senator and a former Minister of Aviation.

With a net worth of $600 million, Stella Oduah is Nigeria’s eighth richest woman. She is one of the few successful female politicians in Nigeria.

9. NGOZI OKONJO-IWEALA: Ngozi Okonjo Iweala, a Nigerian businesswoman, was born on June 13, 1954, in Ogwashi-Ukwu, Delta State, and is married to Ikemba Iweala. She has four children. 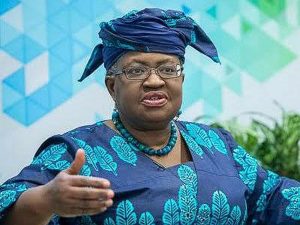 Wealthiest women in Nigeria and their Networth

She earned a bachelor’s degree in economics from Harvard University in 1976 and a PHD from the Massachusetts Institute of Technology in 1981. Ngozi Okonjo is a Nigerian economist, business consultant, politician, and international development specialist.

He was a former World Bank Director and Nigerian Finance Minister. She is also a motivational speaker, author, and philanthropist noted for her work with women. Ngozi Okonjo is Nigeria’s ninth wealthiest woman, with a net worth of $550 million. 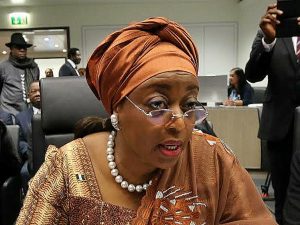 Madueke began her career at Shell Petroleum Development Corporation, where she worked in the estate’s operations as well as as an architectural consultant in the Lagos office.

In 1997, she was promoted to Head of Civil Infrastructures, and later to Head of Corporate Issues and Crisis Management Unit. She was appointed Lead Joint Ventures Representation Adviser in 2004 after completing her MBA studies at Cambridge. She is a politician with a net worth of $500 million.

Nigeria is blessed with women like Alakija, who have refused to back down regardless of the opposition they encountered on the way to pave the way for other women to be seen as participants in worldwide economic growth rather than merely childbearing.