Smartest Dog Breeds In The World (With Pictures): Top 10 Most Intelligent 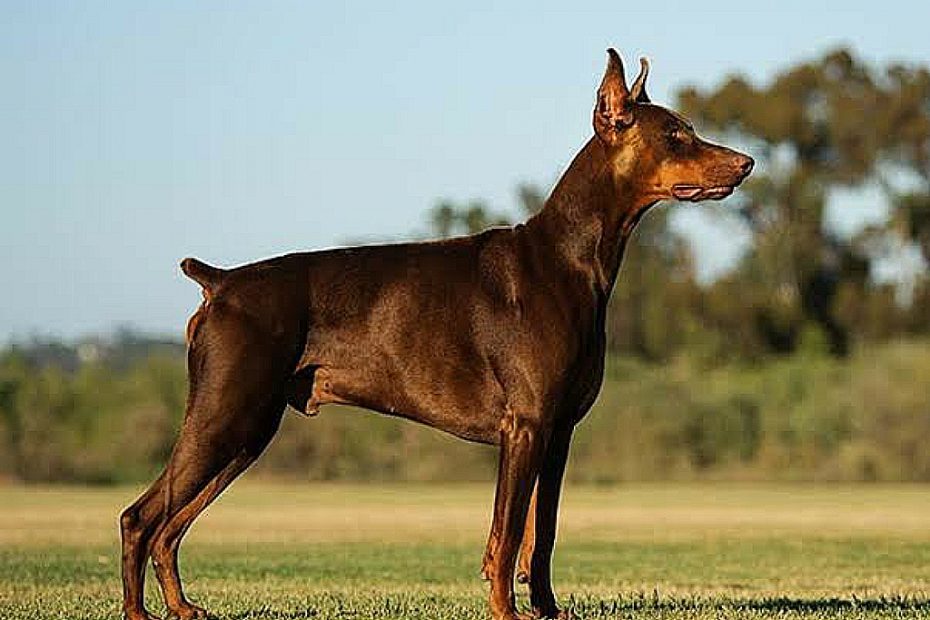 Smartest Dog Breeds: In this article, we would be discussing dogs that would scale through the IQ test without breaking a sweat. Yes, dogs are the world’s man’s best friend, however, some dogs are more intelligent than others. Some dog breeds stand out in the midst of all other dogs in terms of intelligence.

If you are curious then your curiosity would lead you to understand that dogs have intelligence that would blow your mind, and remember, it is not a matter of size but the brain. Also being smart is not everything you should need from a dog. If a dog is not right for you and your family then find another one. Here are the top 10 smartest dog breeds you could consider getting for yourself and your family.

Recommended: Most intelligent animals in the world

Top 10 Most Teachable, Trainable And Smartest dog breeds In The World

1. Border Collie: The Border Collie is the most intelligent domestic dog breed. The British breed was crossed by the herding dog of medium size. They are a descendant of landrace sheepdogs which were once found running all around the British Isles. Now they are mostly used as work dogs to herd sheep and other livestock. This particular breed of dog is considered to be a very intelligent, energetic, athletic and an acrobatic dog. 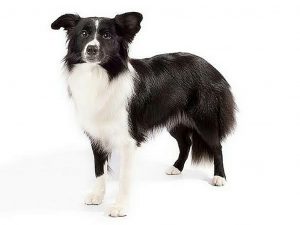 They have a great success rate with regard to sheepdog trials and dog sports. Such dog sports include dog obedience, disc dog, dog agility and herding. So far they have remained employed as traditional livestock herders and at the same time, they are still being kept as pets all around the world.

The intelligence rating of this dog does go to show that most of them have the ability to learn new commands under five (5) repetitions and they abide by those commands 95% of the time. The Border Collie is measured to be 18-22 inches in height and 30-55 pounds in weight. It also has a life expectancy of 12-15 years.

2. Poodle: The Poodle is called the Pudel in German and in French, it’s called the Caniche. It’s a breed of water dog. This breed of dog is divided into 4 kinds with reference to their sizes, they are, the Standard Poodle, the Medium Poodles, the miniature Poodle and the Toy poodle. The Medium Poodle is not recognised universally. 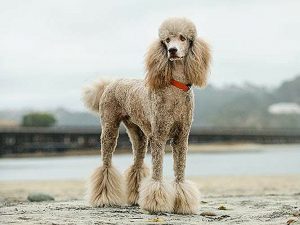 What are the most intelligent dog breeds?

There is a contention as to where the Poodle originates from, some say it’s from France, and others say it’s from Germany. However, the Standard Poodle was initially used by wildfowl hunters to retrieve their catch from the water, and the small poodles which were originally from France where they appeared as circus performers, but walked their way up to becoming companion dogs. The dog is measured to be 10-22 inches in height, and 6-7 pounds in weight this is subject to the variety. It has a life expectancy of 12-15 years.

Also see: Most Dangerous Animals in the world 2022

3. German Shepherd: The German Shepherd also known as the Alsatian is a German breed of a working dog. This breed was engineered and developed by Max von Stephanitz, who used various breeds of traditional herding dogs in Germany from the year 1899. Originally, it was supposed to be a herding dog to herd sheep but since its existence, it has been useful in other types of work which include search-and-rescue, disability assistance, police work and warfare. 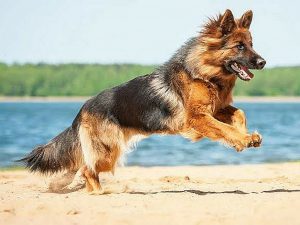 What are the Smartest Dog Breeds?

Mostly, it is kept in homes for companionship and in 2013, it had the second highest number of registrations. The German Shepherd is measured to be about 22-26 inches in height, and 50-90 pounds in weight, with a life expectancy of 7-10 years.

4. Golden Retriever: The Golden Retriever is a Scottish breed of dog that is of medium size which one of its attributes is that it was built for rescue. It has a very gentle and affectionate nature with a beautiful golden coat earning hence its name, the Golden Retriever. It is mostly used as pets as it has been reported to be the most frequently registered breed in many western countries. It also is a frequent competitor when it comes to dog shows and obedience trials, it can also be trained to be a guide dog because of its intelligence. 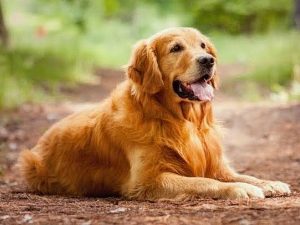 smartest Dog Breeds, According to a Canine Psychologist 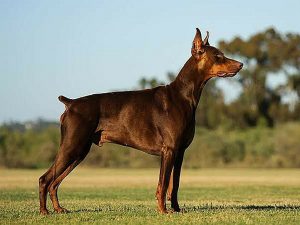 This dog is known for its loyalty, intelligence, and being an alert and good guard dog. It is built with a long muzzle and is heavy-footed and they stand on its pads. These dogs have markings on their paws, tail, chest muzzle and above their eyes.

6. Shetland Sheepdog: The Shetland Sheepdog mostly referred to as the Sheltie, is a breed of dog that originated from Scotland. It was originally built as a herding dog with its original name as Shetland Collie. However, this name caused controversy with the Rough Collie breeders at the time so the name was changed to what we know it as now. This dog is small, diligent, clever, willing to please, vocal, and excitable. They are trustworthy and are often referred to as shadows because of their attachment to their owner’s families. 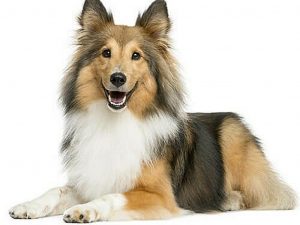 What is the top 10 smartest dog?

7. Labrador Retriever: The Labrador retriever which is also known as the Labrador is a British retriever gun dog. This dog was developed in the United Kingdom from fishing dogs which were imported into the country from Canada and on its arrival, it was named after Labrador. The dog’s popularity has grown that it is one of the most domesticated dogs in the world, especially in western countries. 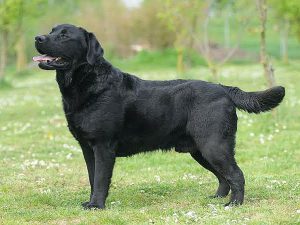 Which dog has highest IQ?

The dog is obedient, loyal, and playful, above all, it is smart. As a result of its last attribute, it is used for hunting, sporting and most especially, it can be trained as a guide, for assistant, or for rescue and therapy. The dog is measured to be 21-25 inches in height and weighs about 55-80 pounds in weight with a life expectancy of 10-12 years.

8. Papillon: The French call it the Papillon which means butterfly, it’s also called the Continental Toy Spaniel. It got its name because of its butterfly kind of looks, with long and fringed hair on its ears and its pointed nature. The dropped ear of a Papillon is called Phalene. 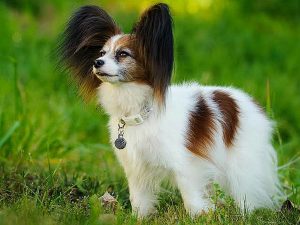 The Papillon dog is measured to be 8-11 inches in height and weighs about 4-9 pounds with a life expectancy of 12-16 years.

9. Rottweiler: The Rottweiler is a breed of dogs which appears in the sizes of medium to large but it is mostly of large breeds. It was used in herding life stocks and helped with the transportation of meat to the market. 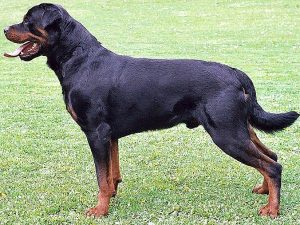 Smartest Dogs in the World 2022

This continued in the 19th century until recent times when Rottweilers are now used as guard or police dogs or as search and rescue dogs. This dog is measured to be 22-27 inches in height and weighs about 85-130 pounds with a life expectancy of 8-10 years. 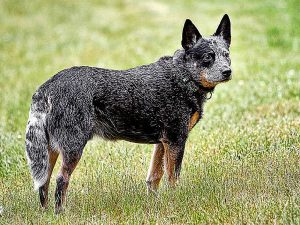 The dog comes in medium sizes with short coats which comes in to main colours, either in black or in brown which is evenly distributed through a white coat. The dog is measured to be 17-20 inches in height and it weighs about 30-50 pounds with a life expectancy of 12-16 years.

Recommended: Most Expensive Restaurants In The World 2022 (With Pictures)

In conclusion, just as has been stated in the initially, it does not matter what kind of dog you bring home to your family so long as it is accepted by everyone and finds a place in your home, everything will be fine, however, make your choices wisely.