Home » Scholarly Articles » Most Dangerous Animals in the World (With Pictures): Top 13 Deadliest

Most Dangerous Animals in the World (With Pictures): Top 13 Deadliest 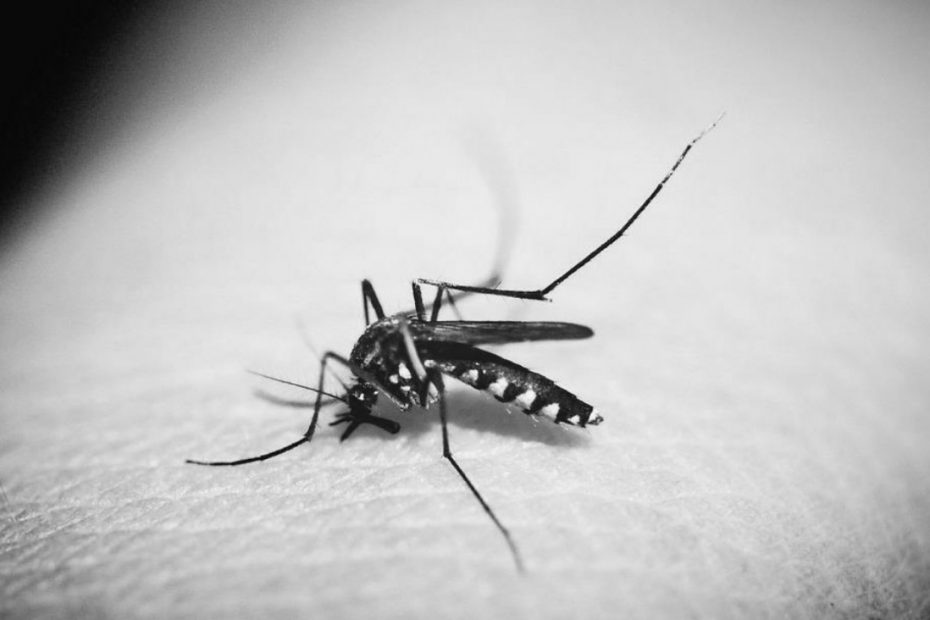 Most dangerous animal in the world: The ecosystem is made up of both living and non-living organisms that cohabit and have mutual interests. Animals, plants, and microbes are the three types of living things. Mammals, amphibians, fish, birds, and reptiles are the different types of animals. Some of these groups are considered wild, while others are considered domestic. Domestic animals are animals that can be maintained as pets and live in the same house as humans. Wild animals are those that cannot be domesticated and live primarily in the wild.They are frequently regarded as harmful.

Which animal is the most dangerous? The degree to which an animal is venomous, poisonous, or murderous determines how dangerous it is. It could be because of their piercing fangs or sharp sting. They also come in a variety of sizes.

Recommended: Smartest Animals in the World 2022

1. Sharks: Sharks are responsible for only a few hundred human attacks worldwide, with an average of six to seven human deaths per year. But they are frequently depicted as deadly killers in movies and television shows. Only approximately a dozen species are thought to be hazardous to people. Great white sharks are the deadliest of all sharks in the water. They have 300 sharp teeth that can rip right through you. 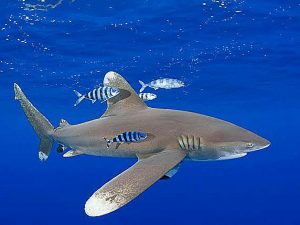 Deadliest Animals Around The World

While the film “Jaws” created an understandable fear of sharks, deadly shark attacks are extremely rare. Sharks aren’t even the most dangerous animals in the water.

2. Tigers: Most tiger attacks take place in India, which is one of the tiger’s natural habitats. However, there have also been some fatal tiger attacks in captivity. A boy was mauled to death by a tiger at the Delhi Zoo in 2014 when he either jumped or fell into an enclosure. 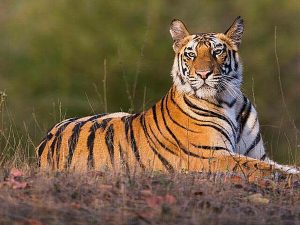 Most dangerous animal in Africa

3. Lions: Despite the fact that the king of the jungle is a sluggish predator, it is responsible for roughly 250 human deaths each year (although this number varies). Lions sleep for roughly 20 hours a day, but if a person comes into contact with one, the game is over. Running or fainting is the worst thing you can do. 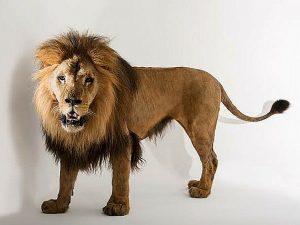 What animal kills the most humans per year

The speed, sharp teeth, and pack are the lion’s most powerful weapons. A lion will pounce if you turn your back on them.

4. Elephants: Elephants are typically thought of as intelligent, amiable animals, and they have long been a part of circus shows. They perform effectively because of their intelligence, complex emotions, and social systems, but their standing as the largest land mammal means they have a lot of weight and the power that comes with it. 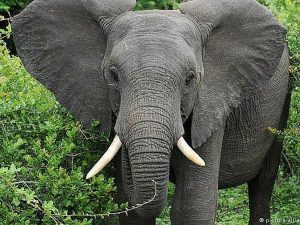 Most dangerous animals on each continent

Elephants are herbivores, yet when irritated, they may be quite dangerous. Most people would be more afraid of a lion than of an elephant, as they are commonly assumed to be placid and harmless creatures. The elephant, though, is the more hazardous of the two creatures. Although the precise number of persons murdered by elephant attacks is unknown, it is estimated that 500 people are killed each year. When elephants believe their offspring are in danger, they become especially dangerous. It’s worth mentioning that humans kill elephants in far greater numbers than elephants kill humans. This is usually for ivory or big game hunting.

5. Hippopotamus: The hippopotamus is the third largest land mammal after the elephant and the rhinoceros in terms of size, and they, like the last entry on our list, are responsible for roughly 500 deadly human contacts each year. They were given a higher ranking because of their reputation for aggressiveness, aggression, and severe territoriality. 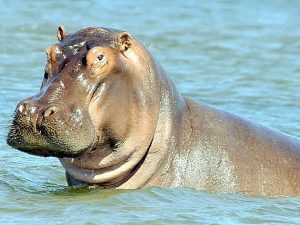 Hippos are aggressive and territorial creatures. Hippos can match a human’s speed and kill them if they are threatened on land. They spend approximately 16 hours every day in the water and only come out to eat. Hippos are famously violent, and if they feel threatened, they may quickly capsize a tiny boat and murder the people inside.

6. Komodo Dragon: Komodo dragons are the world’s largest lizards, reaching lengths of 10 feet and weighing up to 150 pounds. Komodo dragons have become something of a tourist attraction in Indonesia in recent years. Tourists can see this large lizard in its natural habitat at Komodo National Park. However, these prehistoric beasts appear to be just as dangerous as they are — in the last 33 years, komodo dragons have killed four people. The most recent fatal attack took place in 2009. 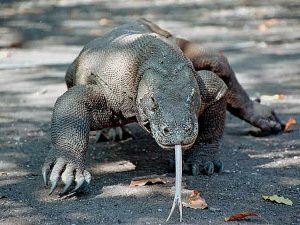 Komodo dragons have a powerful bite that has venom that contains poisons that prevent blood from clotting. The komodo dragon’s capacity to kill prey is aided by bite trauma, germs from its mouth, and rapid blood loss (humans included).

Recommended: What is the difference between Agent and Servant? Answered

7. Gold poison Dart frog: Poison darts are a large, diverse group of brightly colored frogs, with only a few species posing a serious threat to humans. 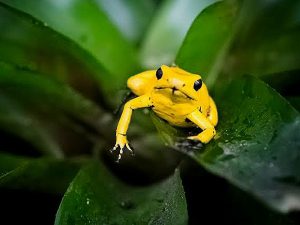 What is the 1 most dangerous animal on earth

The golden poison dart, which grows to about two inches long and lives in a restricted region of rain forests along Colombia’s Pacific coast, is the most lethal (roughly the size of a paper clip). Its poison, batrachotoxin, is so strong that one frog can kill 10 mature men, with only two micrograms—roughly the amount that would fit on the tip of a pin—necessary to kill a single person.

It was named after the indigenous people of Columbia, who used its venom to tip their darts and blowguns before hunting. To be deemed poisonous, an animal must be toxic to eat. The golden poison frog stores its toxins in glands beneath its skin, putting any human or animal who bites it in grave danger. But the amphibian’s poison glands are located beneath its skin, so even a light touch can cause trouble.

Also see: Most beautiful countries in the world 2022

8. Black Mamba: While plenty of snake species pack enough venom to easily bring down a human, not all of them take the multifaceted approach of the black mamba, which is why they are one of the top contributors to snakebite cases. Though poisonous animals such as the boomslang and king cobra are lethal, the black mamba is particularly deadly because to its speed. 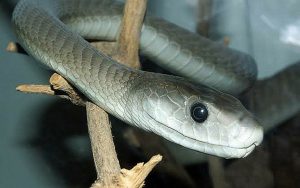 What are the world’s deadliest animals?

The snake (which can grow to be 14 feet long) is the fastest of all snakes, slithering at speeds of up to 12.5 miles per hour, making escape in remote locations even more difficult. Thankfully, black mambas only attack when they’re threatened—but when they do, they’ll bite multiple times, releasing enough venom (a mix of neuro- and cardiotoxins) to kill ten people in a single bite. And if the appropriate antivenom is not administered within 20 minutes, the bites are nearly always lethal.

9. Scorpions: Scorpions, like spiders, are technically arachnids with eight legs and two central body parts. There are approximately 30 to 40 scorpion species that are capable of killing you. 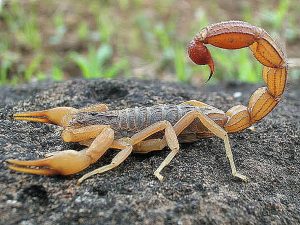 Scorpions are most commonly found in deserts, but they have also been seen in rainforests and the Himalayas. While all scorpions are poisonous, the yellow deathstalker is the one to watch out for.

This killer resides in the Middle East’s deserts and is the most deadly scorpion. Scorpions have been around for millions of years, thus they are survivors. The deadly sting of a scorpion’s tail includes enzyme inhibitors and neurotoxins that are injected into the prey. While some scorpion species merely sting with a minimally poisonous sting that provides localized pain, others carry a deadly venom that almost always results in death.

A scorpion sting is thought to be responsible for roughly 3,500 deaths per year.

Recommended: Weakest Animals In The World (With Pictures)

10. Cape Buffaloes: When left alone, Cape buffalo, which number over 900,000, are a rather peaceful species, preferring to move in large herds to graze early in the morning and late in the afternoon, or to congregate around watering holes to stay hydrated.

If a person (or its calf) is attacked or injured, they become the embodiment of their nickname: the Black Death. Reportedly responsible for killing more hunters on the continent than any other creature, these behemoths, which can grow up to nearly six feet tall and weigh close to a ton, circle and stalk their prey before charging at speeds of up to 35 miles per hour.

The horns of the Cape buffalo resemble an 18th-century British wig, but this is what makes them so lethal. Hunters target them because of their opulent horns and status as one of Africa’s Big Five. The name “Black Death” comes from the fact that when a Cape Buffalo is injured, it becomes violent. When the herd is pursued, it transforms into a mob and charges at speeds of up to 35 miles per hour.

Recommended: Most Dangerous Dog Breeds in the World (With Pictures)

11. Crocodiles: Crocodiles are fast and aggressive and therefore very dangerous to humans. But in this village in Burkina Faso, crocodiles are revered for, as local legend says, leading women from the drought-stricken village to a hidden pond. However, not everyone admires crocodiles.

The saltwater crocodile is the largest and most dangerous of all the crocodile species on the planet. Crocodiles, which can grow up to 23 feet long and weigh more than a ton, are known to kill hundreds of people each year, with crocodiles being responsible for more human deaths than sharks.

Saltwater crocodiles are particularly dangerous because they’re excellent swimmers in both salt and freshwater (yes, their name is confusing), and they can strike quickly with a bite that delivers 3,700 pounds per square inch (psi) of pressure, comparable to that of a T. Rex.

Recommended: How to Overcome Fear During Exams: 11 Tips to Deal with Exam Fear & Anxiety

12. Humans: Since we are also animals and have been killing one other for 10,000 years, with an estimated 150 million to 1 billion deaths from war alone, it should come as no surprise that we are at the top of the list. From gun violence to terrorist strikes worldwide, we commit senseless acts of violence against one another at extraordinarily high rates. Consider just a few of the ways we endanger other animals: overtourism, overfishing, and global warming. 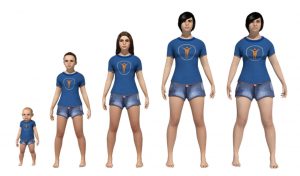 What Is the World’s Most Dangerous Animal?

We rank first on the list of most dangerous animals in the world because of the danger we bring to so many other species, the fact that we frequently behave erratically, and the fact that we are capable of wiping out our entire planet with a variety of horrible weapons like nuclear devices and genetically modified superbugs.

13. Mosquito: Even smaller than the tsetse fly, the common mosquito, which may grow to a maximum size of just three millimeters, is considered to be the second most hazardous animal in the world. Our justification is the staggering number of fatalities annually brought on by different illnesses that are transmitted to humans by diverse mosquito species. 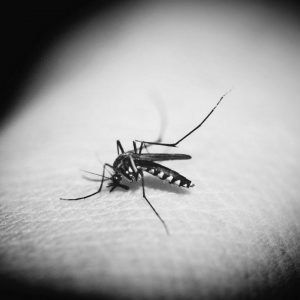 What is the most dangerous animal in the world

Invasive insects, especially those from the genera Aedes, Anopheles, and Culex, are the main carriers of diseases like malaria, Chikungunya, encephalitis, elephantiasis, yellow fever, dengue fever, West Nile virus, and the Zika virus, which collectively affect an estimated 700 million people and claim about 725,000 lives annually. According to the World Health Organization, diseases spread by mosquitoes are currently a threat to more than half of the world’s population. Our best defense against infection is the use of insect repellents with lots of active chemicals like DEET and picaridin since pests are drawn to our body temperatures and the CO2 we breath.