Home » Fashion Updates and Trends » Most Expensive Restaurants In The World 2022 (With Pictures): Top 10

Most Expensive Restaurants In The World 2022 (With Pictures): Top 10 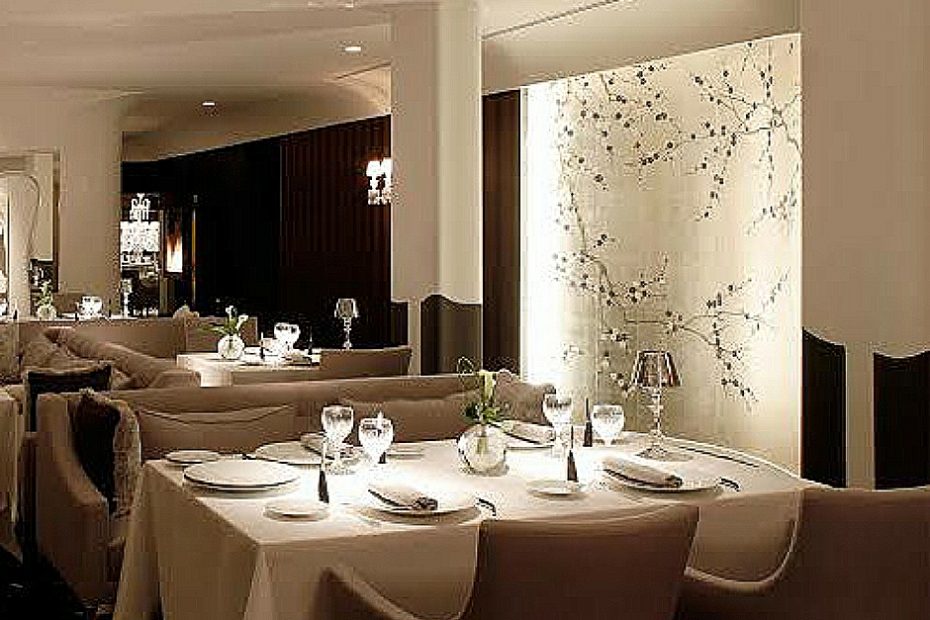 Most Expensive Restaurants In The World: What are a few of the priciest eateries in the globe in 2022? Every gourmet enjoys exploring new restaurants. These are some of the restaurants you ought to go to whenever you decide to embark on an adventure or perhaps go on vacation. And if you’re still striving, put eating at these establishments on your trip wish list. Here is a list of the top 10 priciest eateries in the world.

These restaurants are well recognized for providing both physical and soul-soothing spices to your experience in addition to giving a lovely, unique taste to your table. They can be considered “expensive” for the justifiable reason that they are.
Anyway, as you continue reading, you’ll learn more.

Recommended: Most Luxurious cities in the world

Top 10 Most Expensive Luxury Restaurants in the World 2022

1. Sublimotion – Ibiza, Spain: With a staggering $2,380 price tag per person, Sublimotion is the priciest restaurant in the whole world. The restaurant, which is owned by Michelin two-star chef Paco Roncero, is just open for a few months each year during the Spanish summertime, from June 1 to September 30.  If you’re lucky to secure a table in the summer, you can look forward to an entirely new level of eating and entertainment. Twenty-five specialists will serve you and deliver your 20-course tasting menu one by one over the course of three hours. 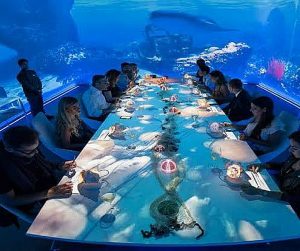 2. Per Se – New York, United States: American restaurant Per Se, which is situated in New York, is the second-most costly one in the entire globe. Per Se is Thomas Keller’s second three-star Michelin restaurant, having opened its doors to visitors in 2004. 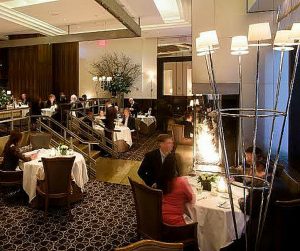 Most expensive restaurant in Dubai

The main selling points of Per Se are its excellent flavors and incredibly subtle presentation. There are three tasting menus available, one of which is vegetarian, but the nine-course tasting menu, which mostly features French and American food, is the most well-liked option among customers.

There are 19 tables with views of Central Park and Columbus Circle at the restaurant. If you enjoy wine, you’ll be happy to hear that there are more than 2,000 bottles available from the restaurant’s prized collection.

Also see: Advantages and Disadvantages of Being a Famous

3. Ultraviolet – Shanghai, China: Ultraviolet is among the most exclusive and pricey restaurants in the world, with a per-person bill that ranges from $570 to $900 (without cocktails and taxes). This restaurant is unique from the others on the list in that there is just one table that can fit a maximum of 10 people. 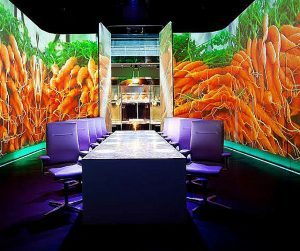 The Most Expensive Restaurants on Earth

You may anticipate receiving between 10 and 20 sampling dishes for your $900, each of which will feature a new ingredient and be prepared in an inventive manner. In addition to focusing on cuisine, the restaurant attempts to appeal to all of the diner’s senses in order to provide them a complete dining experience.

Paul Pairet is in charge of the kitchen, and with three customers per visitor, the restaurant has the highest employee-to-patron ratio. The restaurant also boasts three Michelin stars, which is the cherry on top.

4. Masa – New York, United States: You may expect to pay about $595 per person to eat at this New York restaurant, which is run by chef Massa Takayama. A basic sushi tasting menu emphasizing the most important flavors is offered at the eatery, which is recognized for its simplicity. Masa doesn’t have a set menu; instead, chefs create dishes using only fresh ingredients that are available that day. It’s frequently seen to be pricey and more of a place to mingle with A-listers and celebrities. 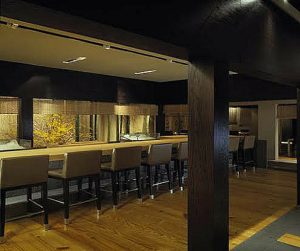 Most expensive restaurant near me

Making an appointment is presently required four weeks ahead, but if you have the funds available and want to eat some of the greatest sushi in the world, do so and see who you may run into.

Recommended: Advantages And Disadvantages Of Specialization

5. Maison Pic Valence – Paris, France: Sophie Pic, who is continuing on the family business, is among only a handful female chefs in the world to handle a three-star Michelin restaurant. She is now in control of this establishment for different generations. You may anticipate a nine-course meal, presumably consisting of Mediterranean Rouget in a saffron broth, banon goat cheese berlingots, deer marinated in sake lees squab, candied turnips, and some of the greatest chocolate desserts you’ve ever eaten. 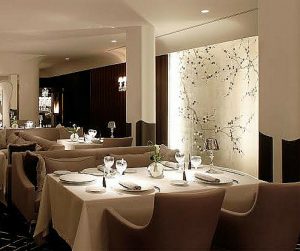 Most Expensive Luxury Restaurants in the World

Using unusual tastes to produce dishes that are pleasing to the palette and the eye, Sophie is recognized for her inventive cooking techniques. The 130-year-old restaurant will let you enjoy your nine-course lunch amidst stunning Mediterranean gardens.

6. Restaurant De L’Hôtel De Ville – Crissier, Switzerland: The remarkable quality of the food and the dining experience make one of the best restaurants in the world, despite the name being a little challenging to pronounce. If you have $415 to spend, you can anticipate an eleven-course tasting menu with dishes like fillet of lamb, mussels with saffron, “Scarlett tomato,” pulp, pip consommé with Imperial Ossetra caviar, “Salers” steak grilled with wild pepper, cristallines de charlotte, and young, fresh salad leaves. 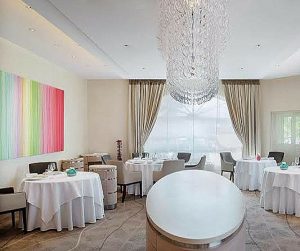 You may choose a bottle of wine to pair with your dinner from their forty-page wine list. The restaurant has received three Michelin stars, and the renowned chef Frank Giovani, who is in charge of the kitchen, works hard to provide customers a memorable dining experience.

7. Guy Savoy – Paris, France: The namesake eateries of Guy Savoy are located in Paris, France, and Las Vegas, respectively. We focused on the French restaurant because it is the flagship even though both have received several Michelin stars. The eatery offers a 13-course set menu that includes a lot of meat and would set you back about $626 without beverages. 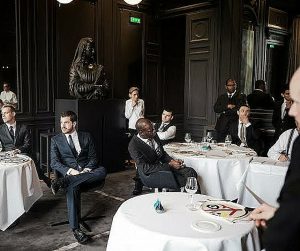 What are some of the most expensive restaurants in the world?

You may anticipate eating john dory, grilled pigeon, oyster concassé, monkfish, eggplant caviar, and sautéed ceps in addition to marinated duck and a “festival of lobster.” Guy Savoy, who also owns four other popular restaurants in France, was in charge of teaching Gordon Ramsey.

8. Kitcho Arashiyama – Tokyo, Japan: There are presently six of these establishments spread around Japan, but the Tokyo location is regarded as the greatest because it holds three Michelin stars. The ten-course tasting menu at Kitcho Arashiyama, in contrast to the earlier restaurant we described, has some of the best foods available for supper. 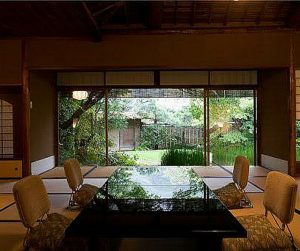 What is the world’s most expensive restaurant?

Tatami mats and low tables with views of lovely gardens decorate the restaurant in the style of a ceremonial house. The presentation and timing of each meal are given the painstaking attention to detail that one would expect from a three-star Michelin restaurant. Additionally, keep in mind when booking your reservation that the menu items at this restaurant change with the seasons.

9. Aragawa – Tokyo, Japan: Aragawa has an a la carte menu rather than a tasting menu, unlike many other upscale eateries. The actual cost of the supper will thus be entirely up to you, but it normally varies from $260 to $370 per person. The restaurant is most known for its exquisite beef dishes, including Kobe and Wagu. 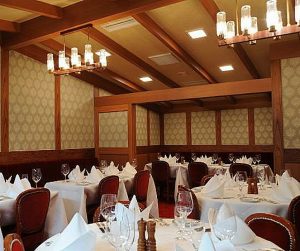 Which is the No 1 restaurant in the world?

Because all of their cattle were reared in the greatest circumstances and given particular care before slaughter, their meat tastes so wonderful. To have the best beef experience, you’ll need to spend a fair lot of money, but keep in mind that you’re only paying for the meal quality here, not the eating experience.

10. Ithaa Undersea – Maldives: Ithaa Undersea, situated on Rangali Island in the Maldives, is the world’s first underwater cafeteria. This restaurant will cost you about $320 per person to eat there. However, in return, you’ll be able to eat while taking in panoramic vistas of the Indian Ocean, all of its aquatic life, and reef gardens from five meters below the surface. The restaurant offers a variety of fine dining experiences, meal menus, and beverages and can seat up to 14 people. 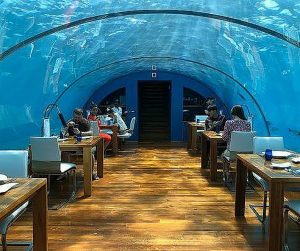 Most Expensive Restaurants In The World 2022

As a guest, you can anticipate receiving a four-course lunch or six-course dinner with a strong European influence, along with some of the finest wines in the world. Marco Amarone, a chef who was born in Italy, is in charge of the establishment.

This list is for you if you appreciate eating out at the most costly restaurants in the world, enjoy fine dining, and have some extra cash to spend. The following restaurants all have one thing in common: you’ll pay an arm and a leg for the privilege of eating there. Those of you who don’t care for caviar and oysters, however, should save your money for something else.