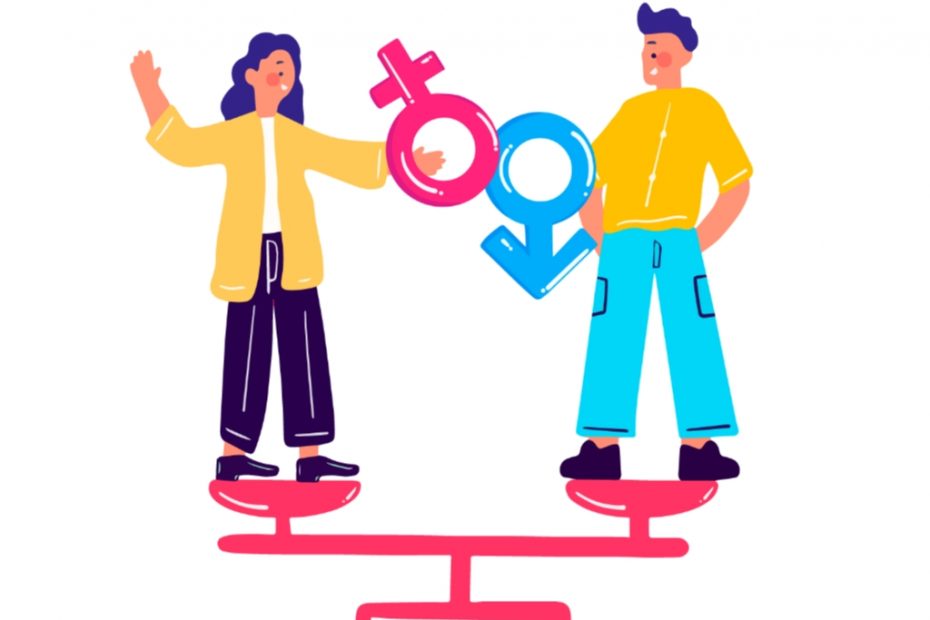 Solutions To Gender Discrimination: Discrimination is defined as the act of rating a person or thing favorably or negatively based on their membership in a group, class, or category rather than their individual worth. It is simply described as refusing an individual or group admittance to a social service or institution based on specific characteristics. Gender discrimination is when people are treated unfairly because of their gender. This might involve giving a specific gender special treatment or marginalizing someone due to their gender identification.

Gender discrimination takes many forms, including unequal pay, sexual harassment, and limited or denied access to rights such as education and healthcare. Girls and women suffer the most detrimental repercussions of rigid gender norms and roles: they are more likely to be constrained in their freedom and movement, to be subjected to global levels of abuse and harassment, and to have fewer alternatives in how they conduct their lives. Both boys and men are impacted. 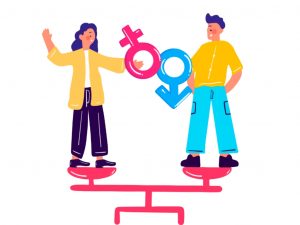 How Can We Stop Gender Discrimination

As a result of negative assumptions about what it means to be a man, boys and men are driven to act in severely limited ways. Boys who are socialized to have negative masculinities contribute to the unfairness and discrimination loop. When people are denied the freedom to choose their own path in life because of their gender, they are unable to attain their full potential.

Stopping gender discrimination on an individual level necessitates personal contemplation and a determination to change. There’s a lot we can do to make the world more gender-equal. The first step is to understand the core causes of gender disparity and to challenge prejudice when we see it.

1. Catcalling, sexual harassment: Harassment and catcalling on the street are two examples of how women’s freedom to move about their surroundings is constrained. The acceptability of harassment, as well as bystanders’ and authorities’ inactivity, perpetuates inequality and restricts women’s freedom. 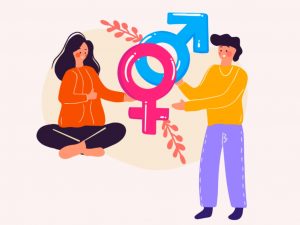 2. Stereotypes about men and women at school and at work: Stereotypes are social expectations about how people should behave depending on their gender. Girls should, for example, stay at home and assist with housework and childcare, dress modestly, and refrain from going out late at night.

Gender stereotypes are frequently used to assess people. Due to the perceived male character of science and technology disciplines and leadership roles, these prejudices may sometimes flow over into school and work, where girls are less likely to be encouraged to pursue them.

Also see: At What Age Should Men Get Married? See the Best & Perfect Time

3. Poor representation and objectification: When a person is regarded as a commodity or an item without respect for their personality or dignity, this is known as objectification. It is typical in the media for women to be photoshopped and airbrushed, resulting in a greater focus and importance being placed on their exterior looks over their other abilities. 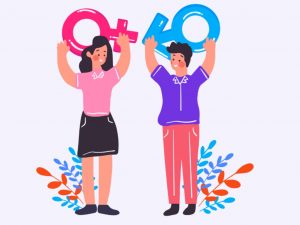 This has an impact on a girl’s body image, self-esteem, and, ultimately, the value she places on herself. Girls, on the other hand, are frequently misrepresented in entertainment and the media, reinforcing harmful gender stereotypes and conventional roles. Objectification must be exposed, and young women must be encouraged to tell their own stories, ones that represent their strength, potential, and variety.

Also see: How to encourage popular participation in politics

1. Ensure that everyone has equitable access to education: Although there has been substantial progress in education equality, disparities still exist. According to the Global Gender Gap Report for 2020, 88 percent of girls and 91 percent of boys obtained primary education. 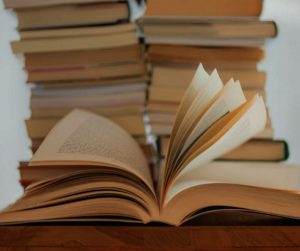 How to reduce gender inequality in the society

According to the 2021 estimate, closing the gap completely will take a little over 14 years at present rates of improvement. This is encouraging news, but the research also notes that quality varies depending on characteristics such as poverty and race.

2. Women should be given more influence in the workplace: In most businesses, males hold more high-level jobs than women. In many locations, the gender pay gap continues and connects with race and ethnicity. Offering paid leave and childcare, supporting more women in top jobs, and revising compensation are all ways to combat gender discrimination. 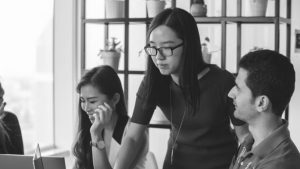 ways to eliminate gender bias in the workplace

It’s also worth remembering that the Covid-19 epidemic had a significant impact on female equality in the workplace. Women quit their employment at a higher rate than males, owing to the fact that women are responsible for more childcare. According to Oxfam International, women lost around 64 million jobs (5 percent of all women’s occupations), while males lost 3.9 percent of their jobs.

Recommended: Which is better, studying alone or in group? Answered

3. Strengthen legal safeguards: Gender discrimination has the potential to be fatal since it frequently leads to sexual harassment and assault. Domestic violence is very prevalent. According to the WHO, one-third of women aged 15 to 49 had been victims of physical and/or sexual violence in a relationship. The World Bank looked into if domestic violence laws is effective in 2021. They came to the conclusion that, while not the sole approach for protecting women, it is critical.

These rules must be implemented and strengthened as needed, particularly since the epidemic has caused an upsurge in violence. Economic inclusion legislation is also required. According to Women, Business, and the Law 2021, women in 190 economies have just 34% of the legal rights that men enjoy.

4. Prioritize reproductive rights: Sexuality and reproductive rights are often infringed. 218 million women in low-income countries desired to avoid pregnancy in 2019 but did not utilize a modern contraceptive method. 127 million of these women give birth each year, with the majority of them remaining unreported. Lack of reproductive care has a particularly negative impact on young people, making it considerably more difficult for them to obtain an education and pursue professional prospects.

Universal health coverage is an essential measure for protecting rights. Protecting reproductive rights also entails obtaining information on groups who have been historically marginalized, such as trans persons.

5. Better medical treatment provision: Women, on average, receive inferior medical treatment than males. Many factors contribute to this, including the fact that more women live in poverty (and hence cannot afford better healthcare), medical practitioners may be biased towards women, and gender disparities exist in medical research.

6. Better political representation: One of the most significant gender inequalities is in political representation. Only 26 women were Heads of State or Heads of Government in 24 nations as of September 2021. Women make up just 36% of the members in local deliberative organizations, according to statistics from 133 nations. Only two countries have hit the 50 percent mark. At this rate, achieving gender equality in the top positions of authority will take another 130 years. 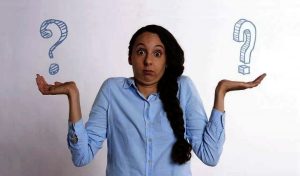 Solutions to gender discrimination in education

Better political representation may be achieved by removing the intersectional hurdles that prevent women from entering politics, such as a lack of financing, increased domestic duties, and cultural/social prejudices. More political education can also aid women’s empowerment.

Recommended: Strongest Animals in the World

Gender discrimination will not be eradicated by a “trickle-down” approach that concentrates resources on more privileged groups. Prioritization should be given to those who are most marginalized and at danger.

Also see: Causes and Consequences of Indiscipline in the Society

What Individuals Should do to Encourage Gender Equality

a. Don’t be afraid to speak out about your own personal experiences: It’s crucial to speak up about your personal discrimination experiences if you’re comfortable doing so. This might include calling attention to sexist statements made by friends or classmates, as well as reporting harassment on public transportation. It’s crucial to keep in mind that criticizing others might have negative consequences. People may respond negatively or aggressively when their beliefs are challenged, so if your instincts warn you that a situation is too dangerous, put your personal safety first.

When prejudice occurs, the best course of action is to notify an authority person, such as a member of the public transportation crew, or, if applicable, your instructor or supervisor. The more people are made aware of the problems, the more likely they are to intervene and contribute to the solution.

b. Discrimination in the media and advertising should be called out: If you come across articles that represent women and girls in a reductive or unjust way, write to advertisers, marketers, and media outlets.

Are there any gender prejudices in your school textbooks? Is there an advertisement in your city that objectifies women? Do women have fewer speaking roles in films you’ve seen? Find out who is to blame and write to them to express your concerns. You may also vote with your feet. Don’t promote entertainment that degrades women and girls and fails to reflect their genuine strength, potential, talent, and diversity.

c. Encourage other activists: Joining forces with others is a fantastic approach to have a significant impact in the fight for gender equality. Local campaign organizations should be sought out. Join or found gender equality and female leadership societies at your school or institution.

There is power in numbers; the more people who speak up about a problem, the more likely they are to be heard. Aiding initiatives by other disadvantaged groups in raising their prominence is an important aspect of eradicating prejudice.

Girls from minority or indigenous communities, for example, may face both racism and sexism, while LGBTIQ+ people may face homophobia. Become their supporters and offer your support to their initiatives.

d. It’s fine not to speak out against prejudice every time you see it: As previously said, pointing out prejudice may be risky at times. It is not your only responsibility to make the world a better place. We’re all a part of the same thing. Gender disparity will not be eliminated by just altering how we interact with others and insisting that others do the same. Only if the institutions that impact our lives alter will we see lasting change.

Don’t be discouraged by these significant challenges; each modest accomplishment is a step closer to our common objective. Caring for ourselves allows us to continue to campaign for gender equality, so make sure you’re taking care of yourself.

Gender imbalance is no exception to the rule that there is no such thing as a problem without a solution. It can, without a doubt, be solved and minimized. NGOs and activists, in addition to the government, play a major role in public education.

Stopping gender discrimination on an individual level necessitates personal contemplation and a determination to change. There’s a lot we can do to make the world more gender-equal. The first step is to understand the core causes of gender disparity and to challenge prejudice when we see it.