Youngest CEOs In The World (With Pictures): Top 10 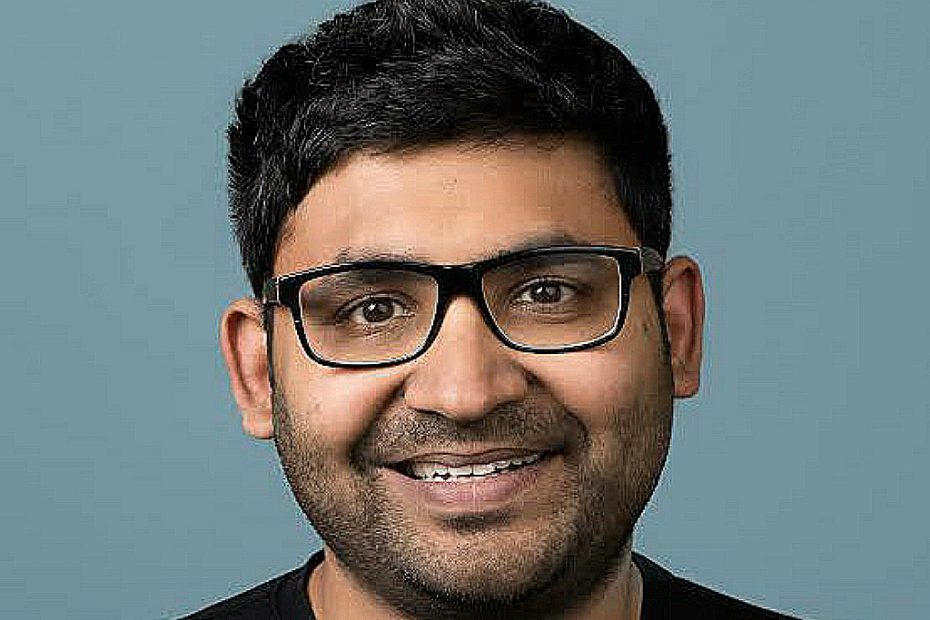 Top 10 Youngest CEOs In The World: Successful companies don’t just spring up overnight. They are human creations. People make decisions, put policies into place, and manage the financial and human resources at their disposal to guarantee the success of the company.

These are the Chief Executive Officers (CEOs). Age is truly only a number, as a huge majority of the young CEOs have shown. In their first few years in command, the majority of company executives in their 30s and 40s have guided their firms to significant success. We’ll walk you through the list of the world’s youngest CEOs in this post.

Top 10 Youngest CEOs Ever In The World

1. Advait Thakur (aged 19): Advait Thakur is only 19 years old, yet even at that early age, he has accomplished so much. One of the industry’s youngest top executives, he is talented and multifaceted. He is an expert in artificial intelligence (AI), a software engineer, and the CEO of Apex Infosys India, one of the biggest software exporters in the nation. A global technology and innovation company with a focus on Internet of Things (IoT) services and goods is Apex Infosys India. In order to assist NGOs acquire awareness online and satisfy his passion about technology, he launched the Apex Business Solutions Digital Agency in 2015. 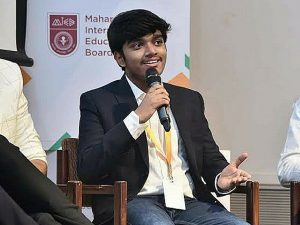 Self-Made Young CEOs Whose Success Will Inspire You

2. Ritesh Agarwal (aged 29): OYO Rooms was founded by the millionaire Indian businessman Ritesh Agarwal, who is also its CEO. Agarwal established the online hotel reservation service Oravel Stays. Venture Nursery accepted it into the accelerator program in September 2012, and it later won a $100,000 award as among the 2013 Thiel Fellowship program’s winners. In May 2013, the firm debuted as OYO Rooms. 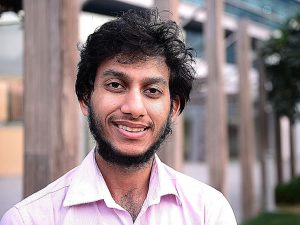 OYO made about $1 billion during a five-year period. After then, Agarwal didn’t turn around. Later on, he increased the wager, boosting his profits. As of February 2022, he is the second-youngest billionaire in Asia on the Forbes under 30 list. According to Celebrity.com, the 38-year-old millionaire will have a net worth of $1.1 billion in 2022, making him among the youngest CEOs in the whole globe.

3. Ben Kaufman (aged 29): CAMP, a national network of family-oriented shops established in2018, is led by Ben Kaufman and was founded by him.  At the age of18, he started his first company, Mophie, but he quickly saw how difficult it is to launch a product and keep it going. He is also recognized as Quirky’s founder, CEO, creator, and breaker in 2009. 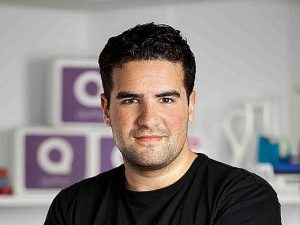 Who are some youngest CEOs?

The creators’ market Quirky was established by the inventor and businessman Ben Kaufman, but it closed in 2015. When Kaufman founded his first company, Mophie, at the age of 18, he learned precisely how difficult it is to introduce a single product. In 2009, when he was 28 years old, Kaufman established Quirky to help remove obstacles to innovation and encourage global collaboration among inventors.

4. Evan Spiegel (aged 32): The American entrepreneur Evan Thomas Spiegel co-founded the social media start-up Snap Inc. with Stanford University students Bobby Murphy and Reggie Brown. He is also the CEO of the business. Spiegel was the youngest billionaire in the world in 2015. He amassed a $2.1 billion net worth by the age of 26. 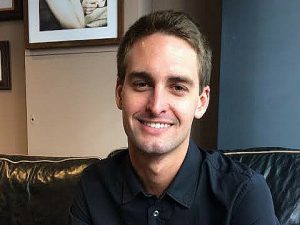 Top 10 Young CEOs To Know About

Spiegel achieved fame and wealth at an early age. This tremendously successful entrepreneur’s journey began when he presented the idea for his final product in 2011, a messaging service that would allow people to send messages in a split second. His peers insulted him at the time and dismissed his proposal as a joke. They now understand that the corny joke was actually Snapchat, one of the most popular social networking services. He was among the richest young CEOs in the world, with an estimated net worth of $2 billion, according to celebritynetworth.com.

5. Jared Hecht (aged 35): Jared is the 35-year-old CEO of Fundera, an online marketplace that connects entrepreneurs with the most suitable lenders. Jared co-founded GroupMe, a service for group chat, before establishing Fundera. In August 2011 Skype and eventually Microsoft bought the business. 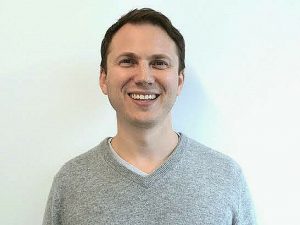 Who is the youngest CEO ever?

Hecht graduated from Columbia University in 2009 with a degree in political science. Currently, he serves as a member of the advisory board for the Columbia University Entrepreneurship Organization. While attending Columbia University, he worked as the publication’s executive director and book’s editor for the student-written handbook called Inside New York.

6. David Karp (aged 36): A $200 million online entrepreneur from the United States is named David Karp. A well-known blogging site called Tumblr was co-founded by him with his colleague Macro Arment. Tumblr had 75,000 members in only two weeks, and there are currently more than 100 million active blogs on the platform. 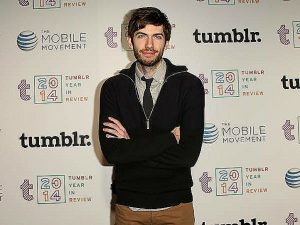 Story of Youngest CEO in the World

He was a businessman and software developer who started out in animation before switching to software consulting when he was still in his late teens. In order to pursue his career goals, Karp dropped out of high school and, with his parent’s approval, was homeschooled for three years. Karp, 36, will be among the world’s youngest CEOs in 2022 with an estimated net worth of $200 million.

7. Suhas Gopinath (aged 36): Suhas is the company’s founder, CEO, and chairman. Global Inc. At the age of 17, three years after the firm was founded, he assumed leadership as CEO. He completed everything before turning 18, making him history’s youngest CEO. Using literature and self-study, he developed his first website, www.coolhindustan.com, when he was just 14 years old. In 2000, he also registered Globals Inc. as a business. 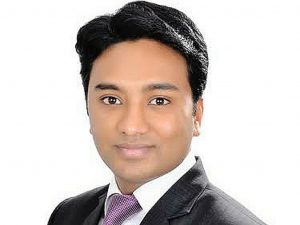 Youngest CEOs In The World

He is honored to have received the Rajyotsava Award, the Young Achiever Award, and several other distinctions. Young and talented Suhas received his degree from Harvard University’s Kennedy School. Suhas, who will be 36 in 2022, will still be among the world’s youngest CEOs. 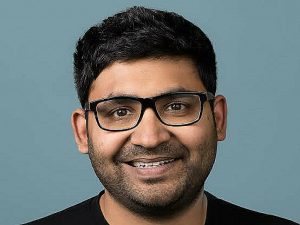 Who is the youngest CEO in America?

At age 38, Parag is the youngest CEO to lead a Fortune 500 firm. He earns more than $1 million in yearly income and benefits. He worked as a research intern for AT&T Labs, Yahoo! Research, and Microsoft Research prior to joining Twitter.

9. Mark Zuckerberg (aged 38): In 2022, Mark Elliot Zuckerberg will be one of the world’s youngest CEOs. He is a well-known American philanthropist, online entrepreneur, and media magnate. He is well-known for co-founding the social media platform Facebook and the business that owns it, Meta Platforms (formerly known as Facebook, Inc.), of which he serves as chairman, chief executive officer, and significant stakeholder. 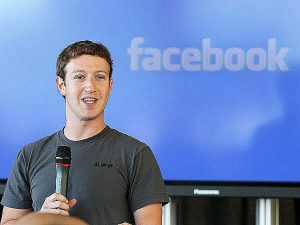 Who is the youngest founder of a company?

He co-founded Facebook in February 2004 with his Harvard University roommates Eduardo Saverin, Andrew McCollum, Dustin Moskovitz, and Chris Hughes. Initially launched on a few college campuses, the website soon gained popularity and, by 2012, had attracted one billion users. Zuckerberg listed the company and the vast majority of the shares in May 2012.

In 2007, at the age of just 23, he became the youngest self-made millionaire in history. Zuckerberg’s net worth was $62.7 billion as on August 18, 2022, when he was 38 years old, according to Forbes’ Real-Time Billionaires. In 2022, Zuckerberg ranks among the CEOs with the highest salaries in the world.

10. Matthew J. Meloy (aged 43): The CEO of Targa Resources Corp., Matthew Meloy, rounds off our list of the top 10 youngest CEOs in the world. Targa Resources, headquartered in Houston, Texas, is among the largest infrastructure suppliers of natural gas and natural gas liquids in the United States. Although not entirely, the Gulf Coast, particularly in Texas and Louisiana, is where most of their businesses are based. 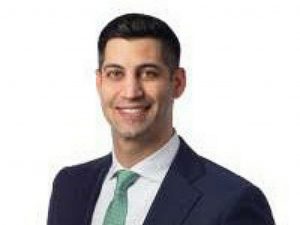 Who is India’s youngest CEO?

Recommended: Countries With the Most Handsome Men in the World

Young professionals under 30 are effectively managing their own businesses. These are capable individuals who meet the requirements for the jobs they hold. They constantly lead by example and develop their own businesses in a cutthroat market. The CEO is the most influential person in a corporation. Age is not a factor in being one. So, if you have talent, simply keep up with the Joneses and develop your skills.

1 thought on “Youngest CEOs In The World (With Pictures): Top 10”