Advantages and Disadvantages of Fascism 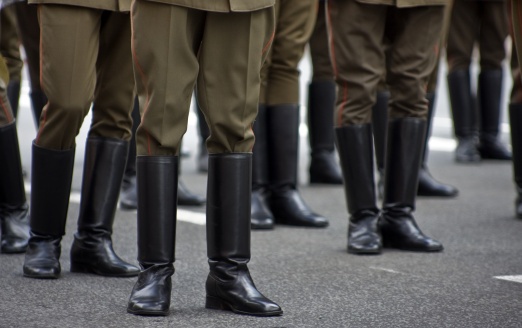 Advantages and disadvantages of Fascism: Fascism is an autocratic political movement which emphasizes centralized-nationalistic government over individualism. It can also be said to be a political philosophy that promotes the idea of monolithic, regimented nation under the control of an autocratic ruler. In this article, i will critically discuss the origin, features, advantages and disadvantages of Fascism. In addition to that, I will give you a list of some of the countries that practice fascism as a system of government at one point of their history. 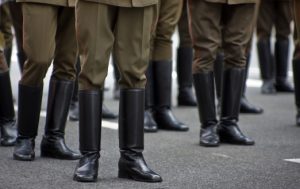 Advantages and disadvantages of Fascism

Also see: Most lucrative areas of law for law to study in the university

History and Origin of Fascism

The term fascism comes from the Italian word “fascio” which means “bundle”. In the case of fascist ideology, bundle stands for the group of people bound together as one because, fascism emphasizes nationalism over individualism.

According to Ben-Ghiat, the term fascism was formed by Benito Mussolini of Italy in 1915, who believed that democracy was a failed system. He thought that liberty of expression and that of parties was not reasonable and that fascism would make the people organized under the state; thus, he created the first one-party fascist state.

Fascism thrived during the 19th century. During the World War 1 in august 1914, the Italian political left became severely split over its position in the war, but a number of the Italian revolutionists supported the war against Germany and Austria-Hungary on the ground that their reactionary regimes had to be defeated as to ensure the success of socialism.

Benito Mussolini upon being dismissed/sacked from his position as the chief editor of the Italian socialist party newspaper Avanti because of his anti – German stance formed the fasci of revolutionary action.

The first meeting of the Fasci of Revolutionary Action was held on the 24th of January 1915 where Mussolini declared it necessary for Europe to resolve its national boarder problems for the ideals of justice and liberty for which oppressed people must acquire the right to belong to those national communities from which they descended.

Benito’s movement continued to wreck havoc in Italy and cause numerous bloodshed; at a point, King Victor Emmanuel deemed it wise to appoint Mussolini as a prime minister as to stop or reduce the problems he was causing.

On October 30th Mussolini was made a prime minister of which he went further to form a coalition government because the fascist group did not have control over the italian parliament.

After the killing of the socialist party deputy, Giacomo Matteotti by a fascist, of which Benito claimed responsibility, he went ahead to proclaim himself a dictator of Italy, assuming full responsibility of the government and dismissing the parliament. Fascism strongly became entrenched in power.

Countries that have practiced fascism

Italy (1922-1943): This was the first country that practiced fascism. It was ruled by Benito Mussolini until he was dismissed and arrested on 25th July 1943.

3. Japan (1931 – 1945): Right –wing elements in Japan, including industrialists, military officers and the nobility opposed democracy as an anathema to national unity. In 1936, Japan and Germany signed the anti comintern pact, aimed at countering the soviet union and the communist international. In 1940, the Prime Minister Fumimaro Konoye established the imperial rule assistance association to consolidate all political parties under a single umbrella group.

4. Austria (1933-1945): Engelbert dollfuB’s idea of “standestaat” was borrowed from Mussolini. Dollfub dissolved parliament and established a clerical-fascist dictatorship which lasted until Austria was incorporated into Nazi Germany through the anschluss of 12 march, 1938.

Militarism: fascist states tend to use force to secure compliance in the state. There is usually a high use of high handedness and state police to enforce compliance.

Nationalism: fascism emphasizes national interest over individual preferences and aspirations. It sees the state as a whole where the masses interest should be to satisfy the state’s needs even if it affects them.

Government surveillance: The government plays an active role in suppressing oppositions and dissenting policies. It frowns against critism and rewards people who snitch on one another.

1. It emphasizes the welfare of the country: Fascism prioritizes the interest of the country. The government spends money to improve the nation’s defense through the provisions of enough weapons, trained soldiers etcetera, as to prevent the country from being invaded.

2. There is easy decision making: Due to the fact that fascist countries are usually one partied systems or even controlled by an individual, there is usually no bureaucracy in decision making. The individual decides matters expediently at the advantage of the masses.

3. Dissolution of social stratification: Fascism concentrates power on a central authority who is both in charge of the political and economic activities of the country. This implies that the means of production are now left in the hands of the state thereby leading to equal distribution of resources and then the death of class stratification.

4. Reduction of crime rate: It has been argued that since fascism uses excessive force to secure obedience, and also derogates most of democratic measures, it can easily impose sanctions which will serve as a deterrent to crime perpetrators.

Also see: Types of constitution every law student should know

1. Violation of human rights: Fascism because of its military and autocratic ideologies do not respect any form of liberties. They trample on the rights of citizens ranging from the freedom of expression, movement, right to life etc. with reckless abandon

3. There is the abuse of power: Because power is placed at the sole disposition of a single person, he/she misuses such power. This is in line with the statement that “power corrupts and absolute power corrupts absolutely”.