Best Places to Live in Nigeria 2021: Top 10 Most Beautiful 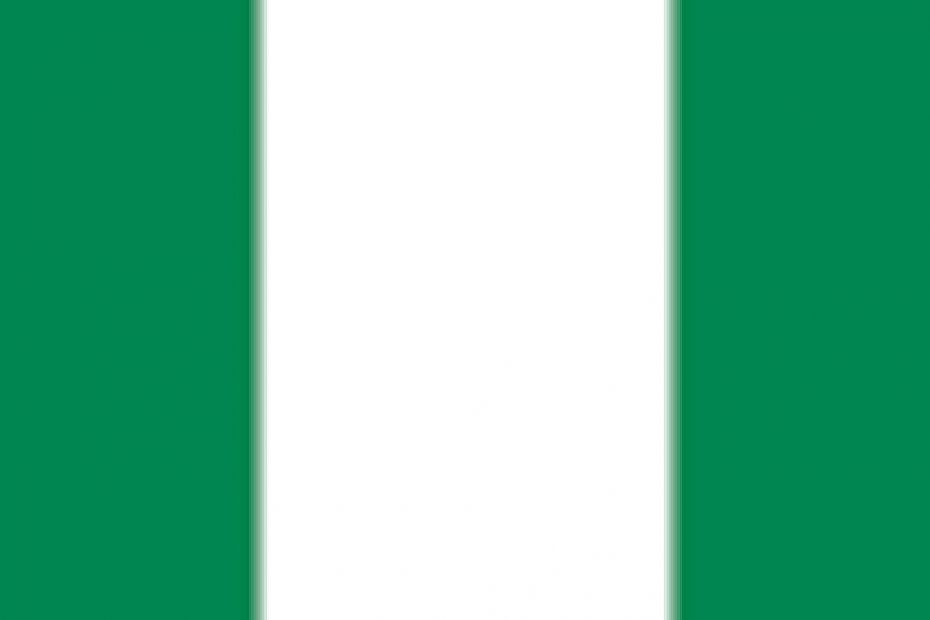 The history of Nigeria could be traced to settlers which traded across the Middle Sea and Africa as early as 1100 BC. Ancient civilization’s that existed in the region known as Nigeria include the Kingdom of Nri, the Benin empire, the Oyo empire. Christianity came to Nigeria, the southeastern part, in the 15th century through the Portuguese while Islam came to Nigeria, mostly the Northern parts, through the Borno empire in the 11th century. Slave trade equally started in the 15th century and the first Nigerian port used for that purpose by the European slave traders was Badagry.

The then Nigeria made contact with the Britain and by 1851, Lagos was occupied by the British forces and was fully annexed to Britain in 1865. After the Berlin conference of 1884/1885, Britain became in charge of Nigeria. Nigeria became a British protectorate in 1901 and in 1914, Lord Lugard almagamated the Northern and Southern protectorates of Nigeria. British rule in Nigeria lasted till 1960, when Nigeria became independent with the name of Federal Republic of Nigeria.

The country became a republic in 1963. Since independence and over the course of years, Nigeria has suffered cases of military takeover of the civilian governments through coup d’états. A separatist movement later formed the Republic of Biafra, leading to the three-year Nigerian civil war. A fourth republic was finally established in 1999, which ended the three decades of intermittent military rule.

Where is the best place to live in Nigeria

Best States In Nigeria to Live In

Currently, Nigeria has over 250 ethnic groups, the major ones being Igbo, Hausa, Yoruba, Efik, Ijaw, etc and a population of over 200 million. It occupies an area of 923,768 square kilometers. Nigeria has 36 states. The states has developed in different ways. The 10 top best states to live in, in Nigeria would be treated seriatim, in a descending order.

1. Lagos: Lagos is the first best state to live in Nigeria and its capital is Ikeja. It is located in the South West region and covers 3,577 square kilometres. It is the most populous state( over 20 million people) in Nigeria and surprisingly has the smallest land area. The country is divided into two: Lagos Island and Lagos mainland. Most of the high-earning individuals live in the Lagos Island. 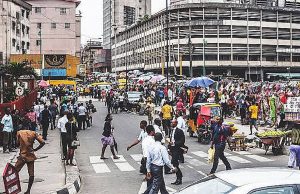 most beautiful places to live in Nigeria

Lagos state is a hub of economic and financial activity in Nigeria and West Africa at large. This is not farfetched considering the population of the state. A research conducted revealed that Lagos is one of the fastest developing cities of the world.

Moreso, many industries, oil and gas, fashion, sports, financial, and media thrive in Lagos.If you are looking for entertainment, business start ups, and so many other opportunities, then Lagos is the best place for you. The GDP of Lagos is $33.68 billion.

2. Cross-River: The capital of Cross-River is Calabar. It is located in the south south region in Nigeria and borders Cameroon to the east. The population is around 4 million people. 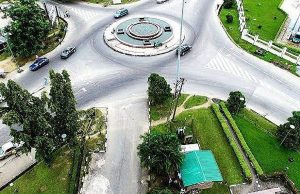 best places to live in Nigeria

Cross-River has been commended for its natural beauty and has been regarded as the most beautiful state in Nigeria. It also contains many sites for tourism. Also, it is rich in many varieties of delicacies.

Calabar is relatively quiet and the security is tight. If you are looking for a nice and quiet place to live and work in, then Calabar is the right place. Calabar is one if the most expensive places to live in, in Nigeria. It’s GDP is  $9.29 billion.

3. Abuja: Abuja, the third best place to live in Nigeria, is the capital of Nigeria. It is the eight most populous city in Nigeria and is located in the Federal Capital Territory. 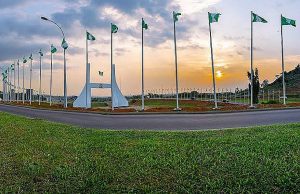 most secured states in Nigeria

Abuja matches Lagos in populace and it is well-planned, planned into phases and districts. There is no question about security in Abuja because it houses the president, ministers, senators and other top government officials. Moreso, there’s very easy access to social amenities of life. A wide variety of persons from different states in the country and foreigners too are found in Abuja. The development rate of Abuja is high and its GDP is $5.4 billion.

4. Akwa Ibom: The fourth best country in Nigeria to live in is Akwa-Ibom and it is located in the Southern region of the country . The capital of Akwa-Ibom is Uyo. The state has a total population of 5.5 million people. The main ethnic groups in Akwa-Ibom are the Ibibio, Annang, Oron, Eket and Obolo. 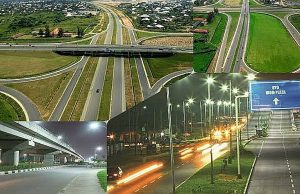 best places in Nigeria to live

Akwa-Ibom, competing with Calabar as one of the most beautiful states of the country, is home to world class information centre – the Ibom E-library. Secondly, the road infrastructural network is organized and the streets are beautifully lighted using solar energy. The state also has a multi-billion naira ultra-modern stadium. The GDP of Akwa-Ibom is $11 billion.

5. Oyo: Oyo, among the top 20 richest states of the country, is located in the south-western part of Nigeria. The capital of Oyo is Ibadan and they have a population of over 6 million people,  the largest in the whole of the southwestern states. 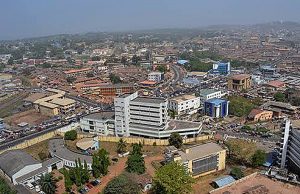 most beautiful cities in Nigeria to visit

The major part of the labour force in Oyo works in the agricultural sector; food is relatively in abundance and food scarcity is rarely a problem in this state. Food produced in Oyo include plantain, cocoa, millet, cassava, yam, cashew, palm oil, etc. When compared to Lagos, Port Harcourt and Abuja, the cost of living in Oyo is relatively lower. Oyo is also home to University of Ibadan, one of the best universities in Nigeria and many other tertiary institutions. The GDP of Oyo is $16.12 billion.

6. Rivers: The third best place to live in Nigeria is Rivers. Its capital is Port-Harcourt. Rivers covers an area of 11,077 square kilometers and the population is over 5 million people. It is located in South South region of the country.

Rivers is filled with beauty, wealth and attracts numerous tourists yearly,  a very good place to travel for holidays and adventure. Also, it is one of the oil-producing states in Nigeria and therefore offers numerous job opportunities.  Rivers is arguably the richest state in Nigeria and has a GDP of $21.17 billion.

Also see: Reasons why Lawyer Put On Wigs in Court

7. Delta: The capital of Delta is Asaba  and it is located in the south-south region of Nigeria. The overall population is 4.1 million people.  The state has a total land area of 16,842 square kilometres.

Delta is one of the richest and oil-producing states in Nigeria, a very good place to live in and work for someone involved in natural resources. More so, it is rich in natural resources like kaolin, limestone, silica. It has good road and the beautiful landscapes make it one of the best states to live in. The best place to live in in Delta is Warri, as it is given more developmental attention than other states. The GDP of Delta State is $16.75 billion.

8. Kaduna: Kaduna is located in the North Central part of the country. The capital of Kaduna is also Kaduna and it has a population of over 6.1 million people. There are more than 60 ethnic groups living in Kaduna.

Being one of the most multicultural states in the country, one feels at home even though far from home. After Kano state, Kaduna is the most commercial of the states in Northern Nigeria. Majority of the labour-force are involved in the agricultural sector. Also, Kaduna has the highest number of tertiary institutions in the country, hence its slogan: centre of learning. The GDP of Kaduna is $10.33 billion.

Also see: Cheapest places to live in the United States of America (USA)

9. Imo: The 9th best state to live in is Imo State. The capital of Imo State is Owerri. Imo is located in the Southeastern part of Nigeria.

Imo is blessed with a lot of natural resources such as natural gas, zinc, limestone, crude oil, etc. Moreover, there are over 160 oil wells in Imo State. The main petroleum companies in the state are Chevron Corporation, Agip, Shell, Addax Petroleum.

Imo state is also has many tourist attractions such as Mbari culture and art center and Oguta lake. Imo state has a GDP of $14.21 billion.

10. Enugu: Finally, the 10th best state in Nigeria to live in is Enugu. Enugu is located in the Southeastern part of Nigeria and its capital is Enugu. The state is popularly known as 042.

Enugu is one of the fastest growing states in eastern Nigeria. It enjoys quality nightlife and witnesses various festivals depending on the time of the year. The festivals include New Yam festival and Masquerade festival. Enugu is home to University of Nigeria, Nsukka, one of the best universities in the country. The GDP of Enugu is $4.1 billion.

The above are the list of the 10 best states to live in Nigeria. The advantages they have over others include good security, employment opportunities, access to social amenities, amongst others. Any of the 10 states could be chosen by a person to live in depending on his preference, work and goals.