How to Identify a Fake Friend: As the year ends, and another one begins, people around the world are starting to put the year they’ve had in perspective. People are wondering if they made the best decisions or let the right persons into their lives this year. The reason for this is that; like so many things, the ending is usually a prompt for self-evaluation.

You must understand that because humans need consistent interaction with others, so we inadvertently let different kinds of persons into our lives. We thrive nevertheless, in great friendships because of the amount of support we get from those friends in our lives. These friendships in turn, also demand support from us to help furnish them. Essentially, friendships are demanding from both sides and in a circumstance where a person does not support his/her friend emotionally and otherwise, the relationship would most likely suffer.
Meaning of a ‘fake friend’.

A fake friend is a person who is not genuine in their friendship with others. They only want to take from them, without giving anything in return. They also create situations that make it difficult for their friends to thrive. 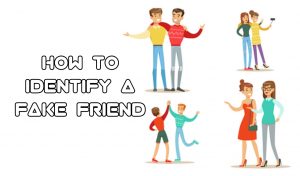 signs of a fake friend

This article lists the various signs of fake friends that are instantly recognizable.

Recommended: How to easily forget about someone you love

Top Signs of a fake friend or friendship

1. They are consistently in need of something: Fake friends are aware that some benefits can be gotten friendships, and that they can make requests from their friends and have those requests solved. So, they make them without helping out with the problems of the other person. This is problematic because it may create resentments in the relationship. Upon confrontation, rifts are created and the friendship is well underway. 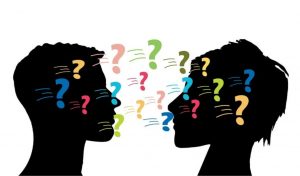 Even when it would seem like they are intentionally seeking you out, there could be an ulterior motive behind such action. For instance, they could call to ask about your welfare and proceed to make another request. When a friend acts this way, you might need to reassess their place in your life.

Recommended: How to know a really likes you

2. They take a lot of your energy: Interactions and conversations take energy, and where there is very little honesty or trust, much more energy is expended. This is why a person is more likely to ignore or avoid a fake friend than a person that they care about. Whenever fake friends are around, they drain you of your energy, that you are barely left with anything when they are gone. 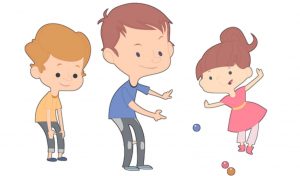 Clear Signs That Your Friend Is Fake

The reason for this is that because they could often put you on a pedestal, you may not be very comfortable with being yourself around them. Always remember that a person who takes more than they are willing to give is toxic.

3. Their friendship is mostly conditional: Fake friends are likely to stay friends as long as there is something to gain. This can be financial or the social status or influence that comes with having your ‘ear’. When such an advantage is no longer existent, fake friends would immediately stop relating with you, or to such extent that existed before such shift in conditions. 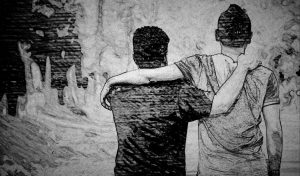 Ways To Identify a Fake Friend

It could also happen when you are going through something that they would need to expend strength or funds to handle. For instance, a fake friend may leave a friend who is a cancer patient once their chemotherapy is initiated. They may not leave completely, but become a little less available than usual.

Also see: How to deal with Inferiority Complex

4. They would always see you as competition: To a fake friend, you would always be a competition. It wouldn’t matter whether they are wealthier or more powerful than you are. Anything you accomplish would instantly become something they equally want for themselves. 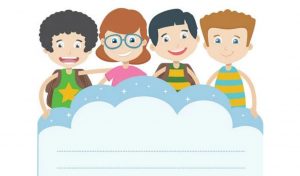 How do I identify fake friends in life

The goal for them is always to be perceived as better than you. It wouldn’t matter if it was during a small argument in public. Their need to beat you would not be able to mask itself.

5. They are always talking behind your back: Whenever you notice that a person is always sharing your business with others, even when you think of them as friends, then you probably have a fake friend on your hands.

Fake friends do not care about the negative impact such sharing would cause you. Their primary concern is to taint you in the eye of other people.

They may even interfere with your efforts at helping others to paint you in a bad light.

7. They derive pleasure from making you feel bad or guilty: When a person makes their friends feel terrible; every chance they get, he/she is maybe more interested in hurting them than correcting them. It could be about their weight or height or how much money they have.

Terrible friends have a way of hurting their friends for these things, even though they pretend to be friends. When you encounter such a person, avoid explaining yourself or apologizing for those things that were unintentional.

8. They seldom celebrate your wins: This particular sign stems from jealousy. Fake friends envy you and any of your accomplishments. When you encounter any success in your personal or professional journey, a fake would not be eager to celebrate with you.

They would instead choose to either pretend such accomplishment does not matter or reduce your contribution to the earning.

9. They do not respect you: Any good relationship is built on mutual respect. Any friend that does not respect you would talk down on you, embarrass you, and even cause you physical harm.

More so, a friend that respects you would also respect your boundaries and your personal space, they would also value your opinions on the issues they share with you.

Must see: Boarding vs Day School, Which is Better? Answered

10. They often break promises: When you are important to a person, they would remember days that are special to you and try their best to keep to their promises. They do this because they don’t want to hurt your feelings, and also because they care about how you would see them if they failed you. Fake friends do not care for these things and hardly even make an effort.

In conclusion, true friendships are beautiful. However, you need to be as intentional as possible in sorting them out. Also, in doing this, you need to check yourself as well for, any toxic behavior. As we stated earlier, good friendships are a result of the contribution of all the parties involved.

This means that if you exhibit any of the qualities listed above, you may just be a fake friend. In the end, even if none of the signs on this list is evident in your friendship, something might just be wrong. This is why if your gut tells you a friendship is not very genuine, you should probably pause and evaluate such a relationship.