Home » Scholarly Articles » Most Expensive Wines In The World And Their Prices 2022: Top 10

Most Expensive Wines In The World And Their Prices 2022: Top 10 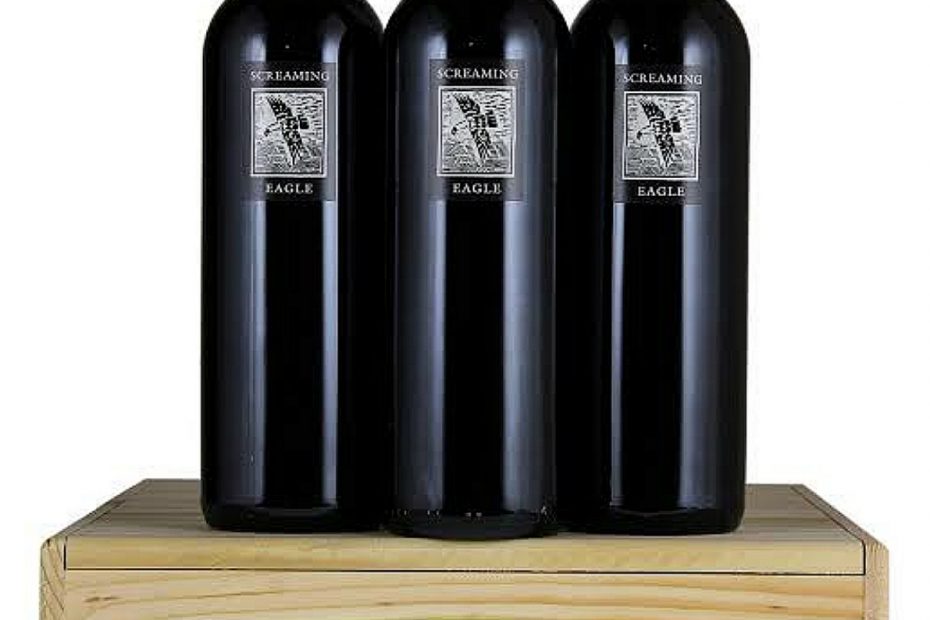 Most Expensive Wines in The World: Wine is an alcoholic beverage prepared from grape juice that has been fermented. Any fruit (apples, cranberries, plums, etc.) can technically be used to make wine, but if the label just reads “wine,” it’s made with grapes (Note that wine grapes are not the same as table grapes). Since the dawn of civilization, mankind has consumed wine. Wine has always accompanied people, from little get-togethers to major celebrations. Wine has always been present in meals, no matter what the occasion.

A good wine improves with age, as we all know. It develops a distinctively rich flavor that genuine aficionados of high-end drinks enjoy. This significant feature of wines is what leads to their great exorbitant prices. However, not only gourmets enjoy old and costly wine. Older wines improve with age, becoming more costly as a result, attracting investors from around the world.

Collectible, pricey wines maintain their value even during economic downturns. One explanation is the world’s finite supply of old wine, which is rapidly dwindling and will be even smaller in the future. Here is a list of the most costly wines ever purchased or sold throughout the world, without further ado.

Recommended: Most Expensive and Luxurious Hotels in the World 2022 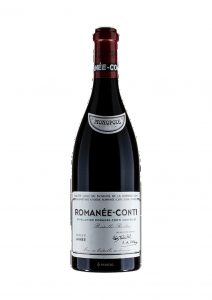 Best wine in the world

The global record for the most money paid for a 750 ml bottle of Burgundy was also broken. Not only that, but it also became the world’s most expensive bottle of wine.

2. 1992 Screaming Eagle Cabernet – $500,000: Americans are known for negotiating the finest bargains. The most expensive bottle of wine ever sold was produced in America, specifically in Oakville, California. The wine has gained cult status due to its rarity and tiny numbers produced. 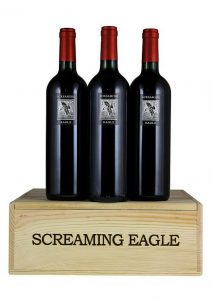 In 2000, a bottle of spectacular Screaming Eagle Cabernet Sauvignon sold for $500,000 at a charity auction. This wine is aged in 60% new oak and is opaque purple in color. It is unfiltered before bottling. It smells like blackcurrant jam with hints of oak.

3. Jeroboam of Chateau 1945 – $310,000: The price is understandable given that this is a product of one of the world’s wealthiest families. These wines are made in Nathaniel Rothschild’s vineyards, which he bought in 1853 and is today regarded as one of the most valuable in the world. 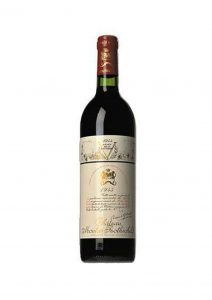 Most Expensive Bottles of Wine Ever Sold

The ‘V’ on the 1945 label represents the Allied victory in WWII, and this vintage is considered one of the best of the previous century. A 750 ml bottle of this wine costs $310,700, while a glass costs $8,631. Mint, dry green moss, vanilla, and dry pine needles on the nose, dry soil, raspberry, and sweet dried cherries on the palate. 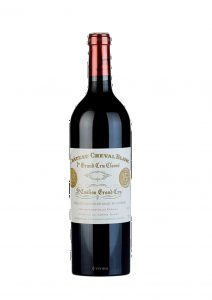 Most expensive wine in India

In 2012, Chateau Cheval Blanc received the super-exclusive Premier Grand Cru Classe (A) classification in the Classification of Saint-Emilion wine, making it one of the most distinguished producers in the world. Despite its outstanding reputation, it has a really amusing occurrence. Because of the harsh weather in the year of its birth, it had to be made in very primitive settings with several technical defects, giving it an unmistakable flavor.

Also see: Countries with the Highest Number of Scammers/Fraudsters 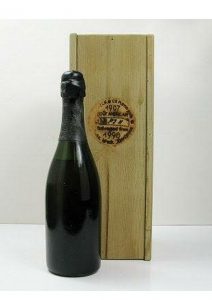 Most Expensive Red Wines In The World

It looked like an almost unachievable price for a wine that many weren’t persuaded was even drinkable. However, when the wine was first created for Russia’s last emperor, Nicholas II, you get a bottle that costs $275,000 a bottle.

The wine was considered to be lost after the ship transporting it drowned in 1916 until the debris was recovered in 1998. While 2,000 bottles of this wine were discovered, it is the history of the bottles – the ship was sunk by a German submarine during World War I – that makes these bottles so valuable.

This wine has been preserved unopened and away from any light source for 80 years at freezing temperatures. Chris Hoel detected gunflint, black rifle powder, and a salty note on the nose, as well as graham cracker, flamed oranges, and burned lemon oil on the tongue.

6. Chateau Lafite 1869 – $230,000: In terms of volume and average price of the famed Chateau’s wines sold on the exchange, Liv-ex ranks Lafite-Rothschild as the strong fine wine brand in the world. 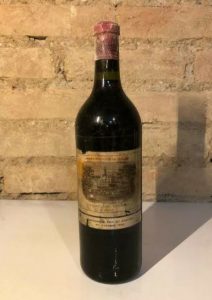 What is the most expensive wine and why?

Auctioneers in Hong Kong anticipated it to sell for $8,000, but to their surprise, an unnamed Asian bidder took the top prize of $230,000. Several people in Asia believe the Chateau Lafite 1869 is an extremely uncommon wine. As a result, bidders were ready to pay a premium for one of the world’s most expensive wines.

7. Chateau Margaux 1787 – $225,000: This antique wine, bearing the initials of none other than Thomas Jefferson, met a tragic end. Jefferson was a noted oenophile who frequently purchased bottles from Bordeaux and Burgundy while serving as ambassador to France. 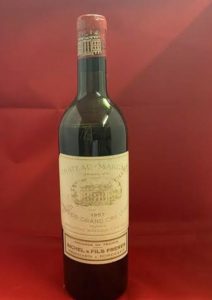 Most Expensive Wines in The World

This bottle belonged to William Solokin, who paid $225,000 for it and celebrated it with a meal at the Four-Season Hotel. A waiter also accidentally knocked the bottle on the table, shattering it. While the insurance company compensated him, Solokin will likely never be able to recover from the loss of a wine he was unable to sample.

8. 1990 Domaine Leroy Musigny – $224,000: It’s a fantastic wine, with an average price of $224,000 a bottle. That, however, is an understatement.
What Michel Bettane, a famous French wine reviewer, had to say about it is what characterizes its allure. The Domaine Leroy 1990 is a timely reminder of the distinction between excellent and exceptional wine. 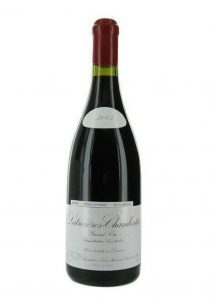 What is the number 1 wine in the world?

The fruit is of unequaled and exceptionally high quality, and the cultivation follows stringent biodynamic guidelines, resulting in incredibly low output. The wine’s unusual statuesque concentration, clarity, and layered complexity distinguish it as absolutely unique.

Also see: 6 Major Classification of food You should Know 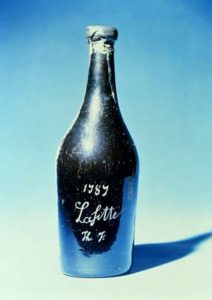 What is the most expensive bottle of wine today 2022

It has his initials etched on it and was endorsed by the world’s best wine experts as belonging to the former US President. Forbes had displayed his new trophy in a glass case with halogen lights to highlight it.

Imagine his amazement when the cork, which had been placed wrongly before, dried up due to the harsh lighting and dropped into the bottle, decreasing its value to $0.

10. Chateau D’YQUEM – $117,000: It’s the most expensive white wine ever sold, according to Guinness World Records. It was purchased for $117,000 by Christian Vanneque, a world-renowned wine expert. 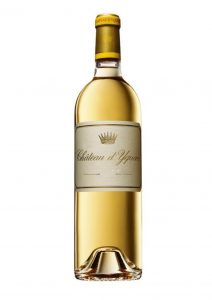 The reason for its high price is because it was harvested in 1811 at the Chateau d’Yquem, and it was such a wonderful harvest that many people regarded it to be the greatest white wine ever made.

Also see: Most Dangerous People In the World

Many people appreciate wine, but only a chosen handful may partake in these rare delights. In all likelihood, you will be unhappy the next time you drink wine, knowing that it is unlikely to be among the finest unless you have a lot of money. Although the prices of these wines appear to be high, the bulk of them are comparable in terms of quality and have a fascinating narrative. If you can use it for a special meal or sell it for a profit, buying one of the most expensive wines is a great investment.