Home » Scholarly Articles » Most Popular Sports in the World 2022: Top 10 Most Watched

Most Popular Sports in the World 2022: Top 10 Most Watched 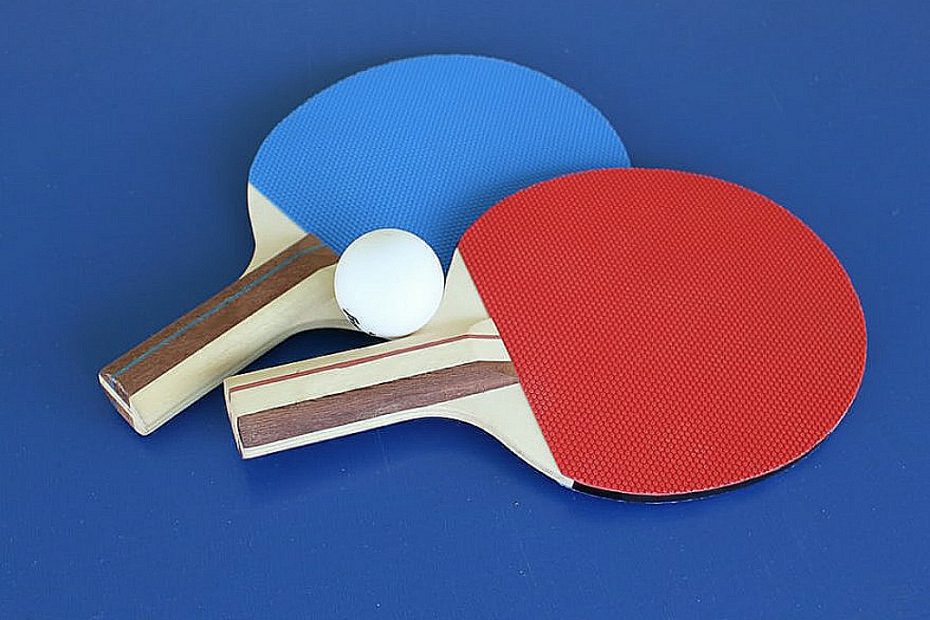 Most Popular Sports in the World: Most people have sports as their hobby. Nearly everyone has a favorite sport that they engage in or enjoy watching.
While some sports lovers are all about getting entertained from watching the matches or events, others find passion in them.

From soccer to badminton, there is a slew of sports played in different parts of the world. They are so widespread that it is an uphill task deciding which of them are the most popular.

In the past, TV viewership, income realized, attendance data, and other factors were used as yardsticks to determine sports’ popularity. Overtime, there has been an increase in the types of sports played in the world, and many of them have gained worldwide acclaim, impacting the lives of all stakeholders: the players, managers, viewers and indeed, all who take part in them.

Sports viewers are not left out of the frenzy. Sports have permeated even the culture of our people. It provides an opportunity for kids to learn life coping skills while bringing people together for relaxation and a chance to admire the athletic prowess and creativity of sports celebrities. Read on to find out the most popular sports in the world.

Most Popular Sports in the World

1. Football: With over 3.5 Billion people following this sport, football has earned itself the top place on the list of the most popular sports globally. The World Cup, which is a global championship played every four years, is keenly followed online, on TV, and live by more than half of the people in the world. 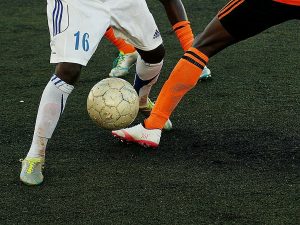 The popularity of football cuts across races and continents. It is most prevalent in South America, but it is not the major in North America.

2. Cricket: Cricket is a famous sports followed by about  2.5 Billion people. It is a big deal in countries like England, Australia, India and so on. The sports is played by two teams with a bat in a big field shaped like a circle. The scores are decided just like it is in baseball. 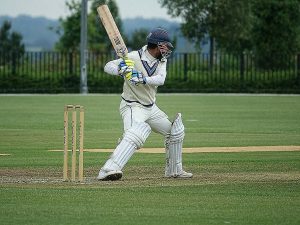 What is the most popular sport in the world

The match goes this way: the bowler bowls to the batsman with a run-up, and the batsman retaliates by hitting the ball. The process is very much like that of the sport of Baseball. History has it that it was in 1646 that the first cricket match was played.

Recommended: Best Science Courses To Study in the University 2022

3. Basketball: Basketball is a well-known sport followed keenly by over 2.4 Billion people. Compared to other sports in its league, basketball is a relatively new sports which only began in the late 19th century and has gained so much popularity overtime that it is now widely known the world over. Countries where basketball is a hot topic include the United States, China, Canada and Japan. 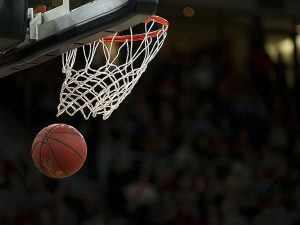 Top 10 Most Watched Sports Around The World

Everyday, more and more people are turning to basketball as a source of entertainment, passion and exercise.

4. Hockey: Hockey is of two varieties: field hockey and ice hockey. It is the favorite sports of over 2 Billion people. While ice hockey is the variety popularized among the people of the United States and Canada, field hockey is commonly played in India and Pakistan. However, there is not so much money to be made in hockey as there is in the more popular sports like football and basketball. 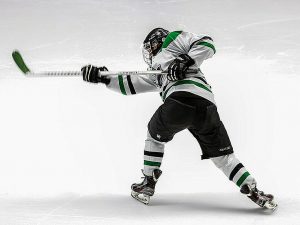 Worlds Most Popular Sports by Fans

There is even more money in baseball which has less followership than hockey. There is also limited social media followership for hockey but it makes up for this with the numerous followers that love to stream the matches.

5. Tennis: Over 1 Billion people are following this sports and more than 60 million of them (both male and female) actually play tennis. These statistics make tennis the most widely known individual sports in the world. The fame of tennis has necessitated the formation of the doubles form where two players can play as a team on each side. This form is fast gaining popularity. 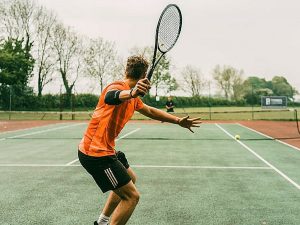 Least watched sport in the world

So we have the tennis singles and tennis doubles games. The singles are played between individual players while the doubles is between two teams who have two players each.

6. Badminton: This game has as much as 950 Million followers. It may seem surprising to find this sport in the list of the most popular sports in the world. However, badminton is actively played by at least 220 million people in different parts of the world. 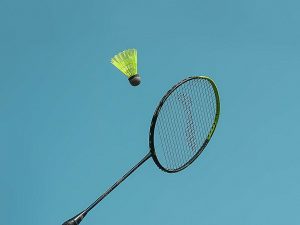 Badminton is an indoor sports and has gained popularity in many places like Asia which is also the birthplace of many of the best players of badminton.

Recommended: Countries with the Best Navy 2022

7. Volleyball: With just 900 Million followers, volleyball is not as popular as most of the other sports on this list but it still has place in the hearts of many people and has been adjudged by many sportslovers as an interesting and unique game. When it comes to widespread knowledge about the sports, volleyball is played and watched in nearly all the countries of the world. 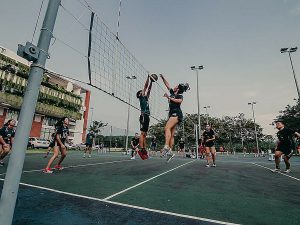 Most popular sports in the world by participation

This sports is the most watched sports at the Olympic games and this has contributed to its popularity hence why it made it to this list of the most popular sports in the world.

8. Table Tennis: 875 million people of different ages, gender and races follow and participate in table tennis and this has earned it a spot on this list of the most popular sports in the world. Table tennis is an easily played sports hence its popularity. 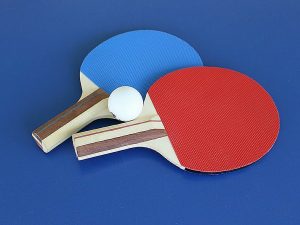 Which is the most popular sport in the world currently

You do not require any special talents or skills to be able to learn and play this game. Your fitness level is immaterial in playing a game of table tennis.

The 850 million followers of this sports are living in countries like Indonesia, China and Malaysia where this sports is mostly played.

Also see: Positive and Negative Effects of Colonialism in Africa

9. Baseball: Over 500 Million followers, mostly from the United States of America are dedicated to the game of baseball. In fact, it is the favorite sports of Americans. 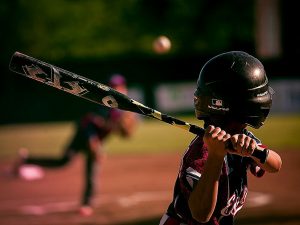 Reasons Why Soccer is the Most Popular Sport in the World

Its popularity in a highly populated region has boosted the general popularity of this sports. However, it is fast losing its place as the most popular sports in the United States of America to football and basketball.

Japan is another country where Baseball is popularized especially on TV. The live streamings of this game are not so encouraging and so also is the turn out of viewers at the live matches in Japan but it is better in the United States of America. 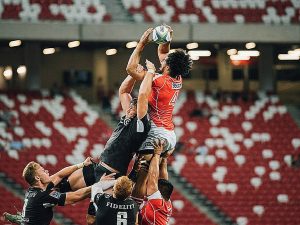 Most Popular and loved Sports in the World according to statistics

There are nearly 475 million people who are fans and great lovers of rugby. Many of them are from densely populated countries such as Australia, France as well as places like Fiji and New Zealand. However, it is in Tonga that rugby is most played and loved.

So, there you have it – the most popular sports in the world.

Sports are an agelong practice of mankind. History tells us that men and women have been playing different types of sports since time immemorial. These sports have evolved with time but one thing that remaines the same is the love and passion of sports lovers for their favourite sports, the players or athletes and their skills.

Advancements in technology have contributed to the improvements witnessed in different sports today. We even have something known as the science of sports which borders not just on the use of science in making athletes play better but also in improving the overall quality of the sporting experience both for players and the viewers.

The introduction of science and technology into sports means that athletes are assured of being healthier, and many of the challenges experienced in the past have been overcome.