Differences Between Democracy and Autocracy 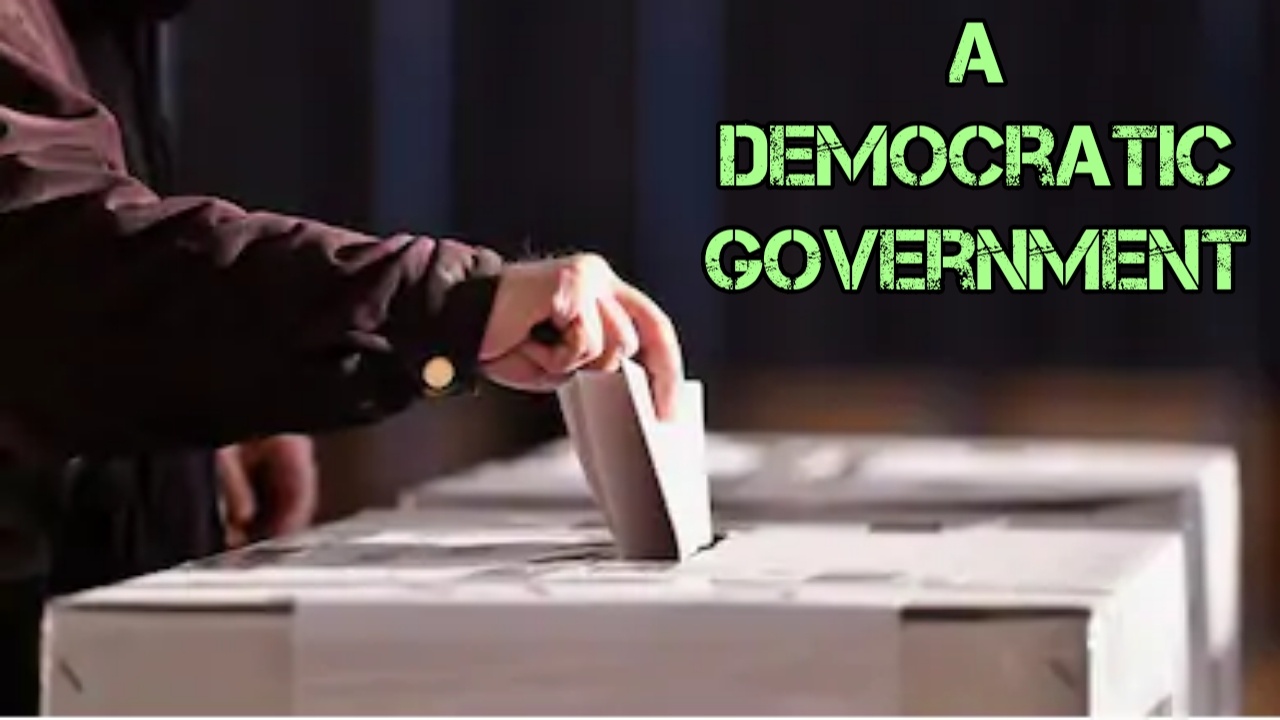 Difference Between Democracy and Autocracy: Being able to lead people to achieve a common goal demands a great deal of talent. A leader should have both charm plus leadership characteristics to influence others to embrace his / her agenda. It has nothing to do with titles, age, or character traits.

Autocratic leadership is characterized by the centralization of power. Democratic leaders, on the other extreme, entrust decision-making to other individuals or organizations. We’ll go over the distinctions between democracy and autocracy in great detail in this essay.

Individuals are given authority, which they might wield passively or actively through the democratic process and peaceful power shifts. Democratic regimes have a working model of political democratic legitimacy, with independent judiciaries and a diversified and decentralized press. Individuals in a democracy are held responsible for the stability of society while exercising a wide range of personal liberty. Democracy is a collective activity in which members work together to achieve a common goal.

1. Citizen Rule: Adult people have the right to vote for their leaders in a democratically elected government. It also creates defined election rotations as well as term limitations, ensuring that critical positions are challenged frequently. Citizens are consistently granted the right to employ or fire their leaders with this voting system.

2. Majority Rule and Minority Rights: The democracy system relies heavily on the notion of the rule of the majority. Individual freedoms are maintained through the existence of decentralized, local government organizations, yet the majority wins in the electoral process. All tiers of government in such a democracy should be transparent to and representative of the people. 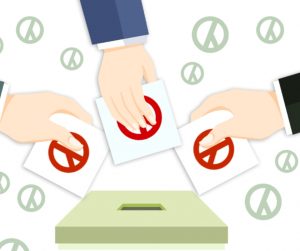 What are the similarities between democracy and autocracy

Recommended: See Why Democracy is Considered the Best form of Government

3. Individual Right: In democracies, individual rights are highly prized. The terms “liberty” and “democracy” are frequently used interchangeably to describe the individual liberties given by this type of government. Individual rights in a democracy include freedom of expression, protection from illegal searches and seizures, and the right to bear arms. Everyone in a democratic democracy is guaranteed equal treatment.

4. Fair and Free Election: The election process is very important to the practice of democracy. At regular periods, free and fair elections are conducted to elect representatives of the country. All adult individuals are granted the opportunity to vote in a free, legitimate election, which, in principle, assures that the people’s will is acknowledged.

5. Citizen Participation: A democracy’s citizens have not only the freedom to vote but rather the need to participate. In a democracy, active involvement is crucial. The integrity of the democratic process is ensured when people vote for their leaders. A strong democracy requires active citizenship.

Also see: Advantages and Disadvantages of being a leader

Government accountability is driven by the freedom to gather and express oneself, ensuring that underrepresented individuals enjoy the same rights as the significant proportion.

What are the differences between democratic and autocratic?

1. This form of leadership can be practiced by anyone.

2. Has a better possibility of quickly resolving difficult issues.

3. Increases the knowledge, participation, and production of the team.

5. It instills a sense of responsibility and accountability.

1. It has the potential to generate discord if used incorrectly.

2. Democratic leadership provides the group too much freedom, making it difficult to draw a boundary between the leader and subordinates at times.

3. It does not always result in a beneficial end, particularly when leaders allow the majority of the populace to make decisions on their behalf.

Autocratic leadership is a type of leadership in which a single individual makes all of the decisions and supervises subordinates with little or no input from others. Autocratic rulers make judgments based on moral ideals, ethics, and convictions. They don’t seek outside help and instead rely on their knowledge and experience. You might be wondering what the difference is between dictatorship and autocratic rule. 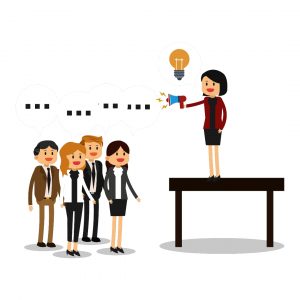 Comparative Study between Democracy and Autocracy

The distinction between tyrants and autocratic leaders must be drawn, and it is vital to do so. Simply put, autocratic leaders are all dictators; however, this is not always the case. Authoritarian leadership is frequently employed in today’s climate to acquire control and move a team forward, rather than to be mistreated.

1. Structured: In general, autocratic leaders take a structured approach to any assignment. This leadership style aids in completing things fast because the working atmosphere is very structured to the point of rigidity.

In an authoritarian workplace, on the other hand, the work environment can be extremely strict. It may prevent team members from learning since they are afraid of making mistakes because their performance is continually reviewed. For some people, fear is not the best source of motivation to study.

2. Decisive: One of the most distinguishing characteristics of autocratic leadership is the speed with which decisions are made because the leader makes the final decision. Making quick decisions is critical, especially in times of crisis. Every organization needs leaders who could act quickly and make judgments while taking risks, rather than relying on others. Making the proper judgments while taking calculated risks improves the workplace. 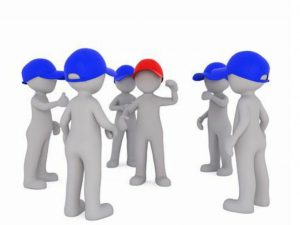 Recommended: Differences Between Coaching And Mentoring

3. Confident: The world will generally follow the ideas and actions of a confident leader. Leaders must be self-assured and believe in themselves, which is a highly desired trait when displayed properly.

Furthermore, authoritarian leaders tend to become overconfident, leaving no opportunity for debate or ideas, which has a bad impact on their subordinates/team members. Individual productivity may suffer as a result of this, and the culture may suffer as a result, perhaps leading to the organization’s demise.

4. Very clear: We already know who in authoritative leadership takes the final choice, whether it’s on a critical business decision or how the organization functions. This leadership style precisely outlines the duties and responsibilities of individual work processes to ensure that everything runs smoothly and efficiently.

However, not everyone who thrives in such an environment feels restricted in their creativity and participation. If an individual’s ideas are not valued, he or she may not stay in an organization for long, resulting in high turnover rates that negatively impact the team and production.

Recommended: Difference Between Fate and Destiny

5. Responsible: Autocratic leaders are responsible for both success and failure since they have ultimate control over decision-making. In either situation, the leaders will have to deal with the consequences of their actions first. A responsible leader makes a positive impact on his subordinates and builds a trusting relationships. In specific scenarios, however, some team members may not receive credit where credit is due, and it is up to the leader to be accountable and keep the group together.

6. Fewer Discussion: As previously said, the autocratic leader takes the majority of choices on his or her own and does not allow for much criticism or discussion. Although it improves decision-making speed, it has a detrimental impact on team morale because team members often feel left out, especially when making key decisions.

1. It is beneficial to a small group without a leader.

6. It lowers the likelihood of employee stress.

7. It compensates for the inexperience of the squad.

1. Often leads to micromanagement: It’s hardly surprising that many leaders micromanage when their reputation is on the line. Workers were occasionally obliged to report every activity by a certain deadline, resulting in a loss in productivity.

2. Creating a culture based on the leader: The phrase “follow the leader” appears frequently in this example. Employees’ work ethics are determined by their boss’s work ethics, which implies that if their leader has terrible work ethics, no one is likely to stand up, and this tendency is unlikely to alter anytime soon.

3. It does not offer credit or have a sense of ownership; leaders are in charge of making decisions, which means that even if a subordinate or a group came up with the concept, the leader will either take credit or blame for the decision.

4. Lack of trust: Unlike the norm, where a good working relationship is built on trust, authoritarian leadership is built on suspicion. It makes sense since leaders must presume that their subordinates are underperforming, necessitating close supervision to secure the desired outcomes. It stifles innovation, collaboration, and, most importantly, initiative.

Recommended: Advantages and Disadvantages of Socialism

Key Difference Between Democracy and Autocracy

2. In autocratic government, power is centralized, whereas, in democratic leadership, power is delegated to group members.

3. Autocratic leadership is task-oriented, emphasizing the successful completion of the task. Theocratic leadership, on the other hand, is relational, aiming to improve the superior-subordinate relationship by sharing authority with group members.

7. Autocratic leadership works best when the followers or members of a group are not highly educated or talented, but they are obedient. Democratic leadership, on the other hand, is appropriate when the group members are experienced, qualified, and professional.

Many people believe that democracy is the best type of government currently available since it allows everyone to have a say. Delegation, creative problem-solving, and employee input are all limited under autocratic leadership. In situations where immediate action is required, however, it can be a successful leadership style.

To build a balanced workplace or society, a leader must decide the best sort of leadership for each situation. Democratic leadership, on the other hand, has for decades created a more effective reaction than autocratic leadership, giving it the upper hand.