Differences Between Coaching And Mentoring 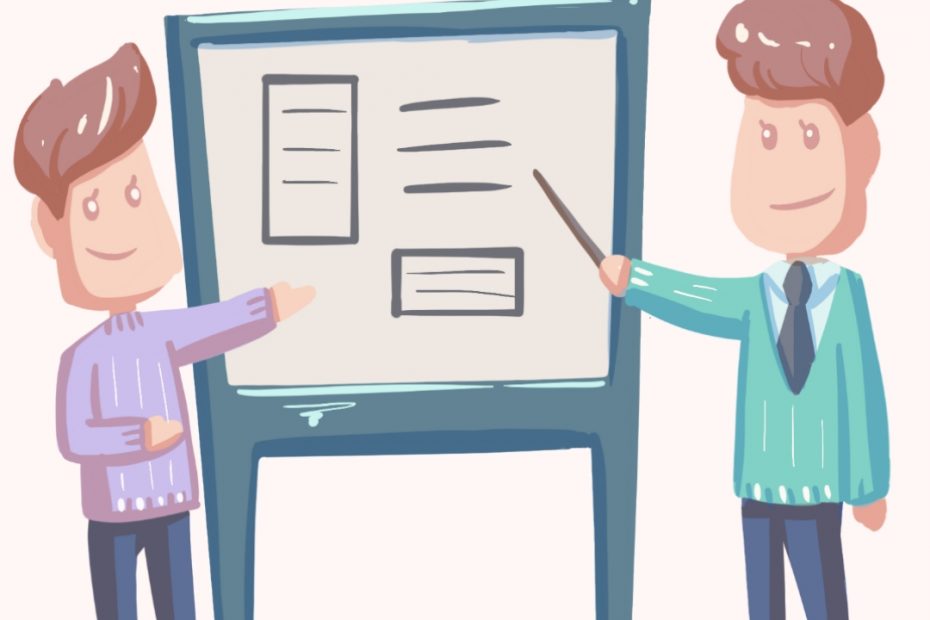 Differences Between Coaching And Mentoring: Although the terms “mentoring” and “coaching” are sometimes used interchangeably by individuals, they do not refer to the same sort of professional connection. Both are common management tactics for encouraging desirable workplace behavior and supporting workers’ personal and professional growth. Coaching is the art of instructing and observing someone’s performance in order to better it.

Mentoring, on the other hand, is a counseling procedure that is used to guide and encourage a person’s career growth. Despite the similarities between the two ideas, it is critical to grasp the differences between coaching and mentoring if you want to organize or engage with either in any capacity.

Alternatively, you may be considering taking on the job of mentor or coach and want to know which role is most suited to your abilities and expertise. This page provides an overview of each discipline, as well as a breakdown of the fundamental distinctions between coaching and mentoring, as well as which settings are most suited to each.

Coaching is a developmental process aimed at increasing performance and accomplishing certain objectives. It evaluates what skills, techniques, and resources are available and builds on them to help people advance and accomplish their goals. 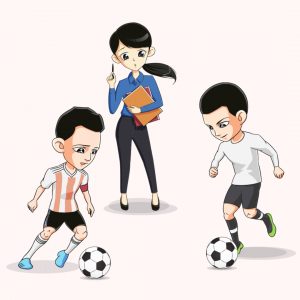 What are the similarities and differences between coaching and mentoring

Coaching is based on the idea that a person already has everything they need to achieve their goals. Instead of teaching them anything new, the goal of coaching is to identify this potential and show them how to achieve it with the resources they already have.

Coaching also includes assisting a person in developing self-awareness so that they may recognize what talents they currently possess, determine what they truly want to achieve, and devise realistic plans to get there. An individual should feel empowered and prepared to establish and achieve objectives without having to rely only on others for assistance and direction at the end of a coaching time.

A coach is a person who helps people improve by working with them to help them realize their potential and establish a strategy for attaining their objectives. 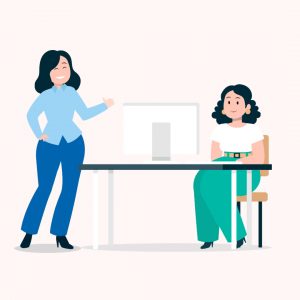 Differences Between Coaching And Mentoring

What Are The Key Elements Of Coaching

a. Temporary (Short Term): Coaching connections are more short-term than mentoring relationships because they are more controlled and goal-oriented. Someone may seek the guidance of a coach in order to develop a certain skill or overcome a restrictive mentality. It’s conceivable that when the skill or objective has been attained, the coaching will come to an end.

b. Coaches Do Not Always Talk About Their Own Personal Experiences: A coach is not bound to talk about personal matters. In fact, there’s a good possibility they’ve never worked in the business or in the position that their customer holds. This is a significant distinction between coaching and mentoring when mentors provide guidance based on their experience and understanding.

c. Sessions Are Led By A Coach: A coach, rather than the client, is more likely to drive the sessions in a coaching relationship. While the client will naturally have input and will be taking responsibility for their own growth by participating in coaching, there will be less pressure on them to lead the sessions. NB: Depending on the teaching approach, this may be different.

d. Upskilling And Training: Instead of advising and leading, a coach may help you establish a winning attitude by finding areas for development and confronting stereotypes that may be preventing you from achieving your goals. Coaching is frequently used to help people improve their leadership abilities, such as teaching you the art of questioning to better manage others or revealing self-limiting beliefs.

Mentoring is defined by the International Mentoring Group (IMG) as “a process of direct transmission of experience and expertise from one person to another.” A mentor gives instruction and direction to a mentee—usually a junior-level employee with comparable interests who aspires to be a mentor—in the workplace. The mentor has attained success in the field and is willing to share his or her knowledge with the colleague. 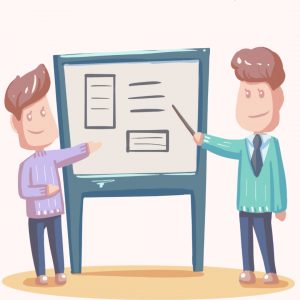 Mentoring is another type of development that is based on a relationship between two individuals and the knowledge transfer that occurs as a result of that connection. Learning and growth can take place on a more equal basis when an individual is paired with a more experienced peer, allowing for the formation of a trusting and supportive relationship that leads to more meaningful advancement.

There are several methods to mentoring, ranging from emphasizing the mentor’s expertise and capacity to pass on information to emphasizing what the mentee may gain from the connection and what they want to accomplish.

A mentor is someone who has been assigned to another person as a guide and support system, generally within a group, corporation, or organization. It’s usually a volunteer role in which someone with a lot of expertise and experience volunteers to train and mentor someone who is lower in the organization’s ranks or just starting out in their profession.

a. Long-term: If friendship develops out of a mentoring connection, it has the potential to endure a lifetime. Even if you first seek out a mentor to help you achieve a certain objective, after you’ve established a rapport with someone, you may contact them again in the future.

Because of its personal and informal nature, mentoring tends to last longer than coaching collaborations.

b. Voluntary: Mentoring is usually done on an unpaid basis. There is seldom any expectation of reimbursement for the mentor’s time, whether it is done informally through personal networks or formally through a workplace mentoring program.

Both sides are invested in the mentee’s personal growth, and the mentor finds the experience extremely fulfilling. Mentoring works because mentors like ‘paying it forward,’ and they recognize that mentoring benefits them as well.

Also see: Most Famous Scientists in the world and their contributions

c. Suggestions & Directions: A mentor’s job is to listen, learn, and offer guidance. It’s all about guiding their mentee in the right direction and helping them advance in their careers. In this aspect, the distinction between coaching and mentoring is that mentoring is a gentler, more relationship-focused style of assistance, whereas coaching frequently takes a systematic training approach.

This might take the form of telling a story about a time when they learned a useful lesson or faced a professional difficulty. In a mentoring relationship, this type of in-depth discussion is accepted and encouraged.

e. Sessions Are Led By The Mentee: The mentee is in charge of the sessions and the connections while mentoring. A widespread misunderstanding is that a mentor would tell you exactly what to do and mold you into a more successful person, but this is not the case. A mentee must be committed to their personal growth and use their mentor to assist them in accomplishing their objectives. 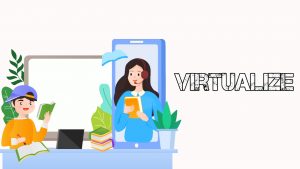 Mentoring vs Coaching: The Key Differences and Benefits

Distinctions Between Mentoring And Coaching

1. Orientation: Relationships are at the heart of mentoring. Although the mentor and mentee may initially focus on specific learning objectives or abilities, they create a link and rapport over time that typically extends beyond specific professional challenges.

Coaching is centered on specific goals. Coaches are frequently enlisted to assist individuals in becoming more adept in certain areas or to address essential job abilities that they may lack. Conflict resolution, strategic thinking, and public speaking are some examples.

2. Duration: Mentoring necessitates a substantial time investment on both sides. Mentors and mentees may begin as casual acquaintances, but they typically develop powerful bonds that last for years.

Coaching has a clear endpoint. The parties may meet only once or over a period of time, but the relationship normally ends when the trainee learns the skill or objective that they were working on.

3. Leadership’s Input: Mentoring does not need a lot of supervision. Although a manager may be designated to oversee the mentoring program’s logistics, formal supervision is rarely necessary. Mentors and mentees, for the most part, direct the course of their relationship.

Coaching necessitates active participation. Management must keep track of progress, get regular input from the coach, and, in many cases, decide when a coaching project should come to an end.

4. Drivers: Mentoring is a process that encourages people to grow. The future is at the forefront of everyone’s thoughts. In order to favorably affect the mentee’s personal and professional progress, the mentor shares his or her own experiences.

The goal of coaching is to improve performance. The emphasis is on now. The goal is to upgrade, enhance, or learn new abilities that can be put to use right away.

5. Evaluation: Success is generally judged in broad terms when it comes to mentoring. While advantages like as higher morale or decreased turnover are possible, identifying precise key performance indicators that arise from a mentoring relationship can be difficult for firms.

Measuring success is simpler with coaching. Specific objectives are specified ahead of time, and their achievement can be followed and assessed.

Recommended: Difference Between Fate and Destiny

You should consider mentoring:

Recommended: Importance Of Biology to the Society and our Daily Life

Many firms and workplaces employ coaching and mentoring to help and grow their staff, and both are extremely effective means of development and learning. Whether you’re thinking about becoming a coach or a mentor, or you’re just curious whether one of the ways might be beneficial to you, they’re really beneficial tactics for everyone involved.