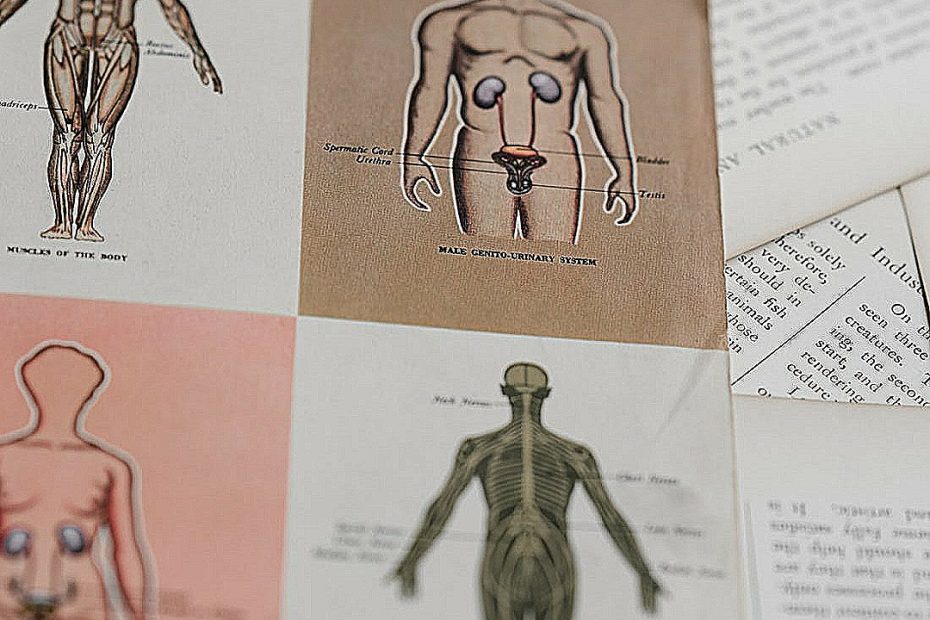 Importance Of Biology to the Society and our Daily Life: Biology and it’s importance is traightforward: you can’t study medicine without first learning biology. It is a branch of biology that explores the functioning of living creatures such as humans. Biology is still a long way from providing all of the answers that scientific minds require.

Despite technological advancements in recent decades, the origin of life on Earth remains among  humanity’s biggest mysteries. There are an unlimited number of species to study in biology: there are an estimated 8.7 million species on the planet, with just 1.9 million still to be uncovered.

When humans breath and exhale, each cell obtains oxygenated blood and releases carbon dioxide, biology is present every second. How do our hearts work so hard all of our lives? How can we comprehend emotions and gestures if we don’t understand how they work? What differences do humans have in their perceptions of things? What is awareness, exactly? Biology can assist in the search for answers to these concerns.

However, humans aren’t the only living organisms that biology has to cope with. Scientists can recognize how nature might harm it and hunt for greener methods of doing things by studying how it functions. You might be curious about the role of biology in everyday life and society.

They are listed below;

Recommended: Best Science Courses to Study in the University

1. Explain changes in human bodies: Homo sapiens is the scientific name for humans. They resemble apes in appearance, but they are more evolved in terms of physique, language, and cognition. Humans, being the highest advanced species of animal, have complex bodies that are difficult to grasp. 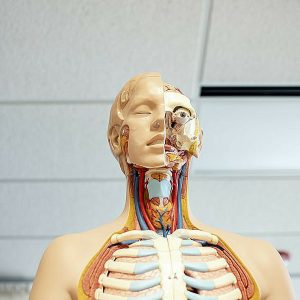 Importance of Biology in our daily lives

However, by studying biology, anybody may learn the reasons for the dramatic changes that occur in the body. When youngsters grow up quickly and notice changes in their physical appearance, this indicates that their bodies have begun to release hormones to prepare them for puberty.

2. Shape different careers: Biology is one of the fundamental sciences that everyone should study. The rationale for this is because it assists in the development of professional careers.

Studying the scientific principles of life and other living beings will be a great tool to achieve success in any sector, whether you are a physician, chemist, engineer, environmentalist, nurse, psychologist, scientist, teacher, or someone who is not attracted to science. The study has been chosen. 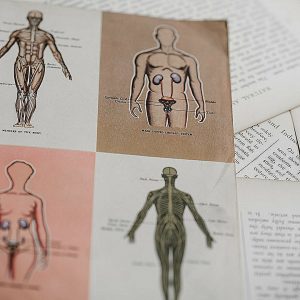 Importance of Biological Sciences to Man

Even beauticians and beauty therapists must acquire and comprehend the basics of biology since they work with the skin, fingers, and nails, which are vital elements of the human body.

3. Provides answers to large-scale problems: Understanding biology may be the key to solving certain global issues. It delivers solutions to large-scale issues that might effect people from all over the world. It may even be able to provide remedies to environmental issues. 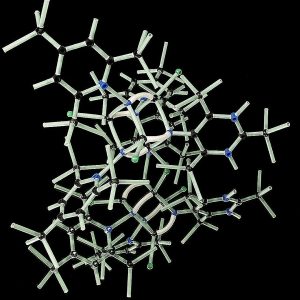 significance of biology in the modern world

When a country is suffering food shortages, for example, biology may be utilized to develop effective and long-term strategies of increasing food production. The presence of pollutants is another issue. This field of study may be able to bring remedies to this environmental issue.

Furthermore, the relevance of biology may be the key to the development of a healthy biosphere in which all living and non-living entities interact in a balanced manner.

4. Teaches basic concepts about life: Biology also includes information about how humans survive. It explains how to plant individuals for food consumption, for example. It also tells which foods are OK for consumption and which are not. 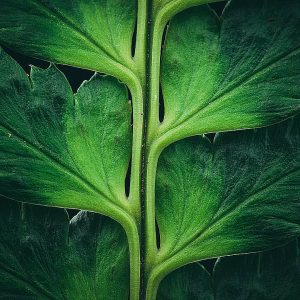 In certain circumstances, biology has supplied notions and ideas that have proven to be valuable in the construction of good shelters. It may appear to be an apparent element, but knowing and interpreting the temperature of the human body, as well as what it needs to eat and sleep properly, is the only way to know.

5. Helps answer fundamental questions about life: Biology can provide answers to some of life’s most fundamental issues, such as how and where life began. What is the origin of humans? Is it true that people were created by God? Or did they emerge from Darwin’s idea of evolution?

Despite the fact that science has described how life began in several instances, such explanations have never been fully accepted due to religious beliefs and values. Quite a large number of the population still adheres to the teachings of the Bible. Despite the lack of clear evidence for its assertions, biology has been consistent in describing how life came to be. 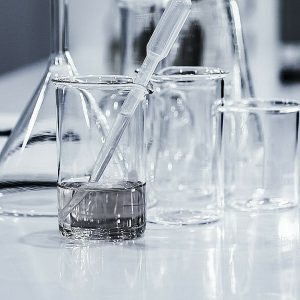 Importance of biology in environment

Biologists conduct experiments in order to uncover important and fascinating truths about the world. They also conduct fieldwork and travel to new places in order to learn more about life.

7. Provides treatment for diseases: Among the primary cornerstones of modern health is biology. Pharmacology is the scientific study of medicine. It deals with anything from over-the-counter analgesics to Prescription Medications for Depression research and development.
Immunology is the study of the immune system and how it responds to various challenges. Pathology determines what illnesses exist and what causes them. 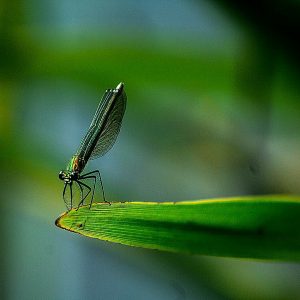 importance of studying biology in school

The importance of biology in genetics and DNA research is also noteworthy. Scientists can now pinpoint why some people are predisposed to specific diseases, how they are passed down from generation to generation, and even work on genetic improvements to eradicate undesired features in people.

8. Sport Science: Every time we watch a sporting event, we are witnessing the impact of biology. Athletes are capable of such feats of speed and power in part due to their knowledge of the human body gained via anatomy and other fields of biology.

Scientists have utilized this information to develop training strategies that assist athletes reach new heights. Physiologists study how muscles react to stress and why they do so. They figure out why the body is thirsty. What gives you the energy to run marathons or throw a basketball?

9. Appropriate Nutrition: Nutritionists can prepare the right diet for every purpose, whether it’s losing or gaining weight, eating for activity, or just for an office job, since they understand how the body operates. It’s all about understanding how to utilise proteins, lipids, carbs, and other essential nutrients. 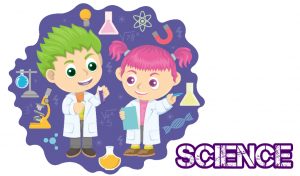 Sugar, for example, is now understood to deliver a burst of energy. We also know that fat deposits can form on your teeth, causing them to deteriorate. When we decide to “eat healthier,” we are, without even realizing it, putting components of biology to work. These are some of the discoveries made possible by nutritional biology.

Also see: Arts or Science, Which is More Important? Answered

10. Learn about our body: From genetics to physiology, the many fields of biology have so much to tell us about the human body and its structure, how it works, and how it is impacted by what we eat, the air we breath, and everything else in the universe.

It has the potential to aid in the prevention, treatment, and ultimately eradication of the illness. It can even help us get stronger and quicker.

11. Teaches Concepts on Basic Living: Biological relevance covers the fundamental method in which humans exist, while being a small-scale notion. It educates individuals how to grow food for themselves. It also tells you what foods are safe to eat and which are not. 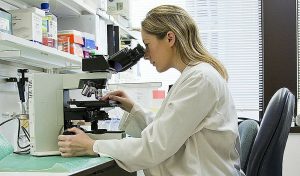 In certain circumstances, biology has supplied beneficial notions and ideas for properly constructing shelters. It may appear to be an obvious element, but understanding and interpreting the temperature of the human body and how it primarily functions is the only way for anybody to know what they need to eat and how to sleep properly.

Recommended: Importance of Mathematics to our Daily Lifes

The importance of biology may be shown in a variety of ways. First and foremost, biology is primarily concerned with the study of life. Second, it gives a comprehensive, scientific explanation of how all living and nonliving organisms interact. Third, it elucidates the diversity of biological forms.

Other topics of inquiry relevant to the long-term viability of life are included in biology, such as the environment, ecosystems, food quality, disease causes, drug development, and the study of the human body, among others.