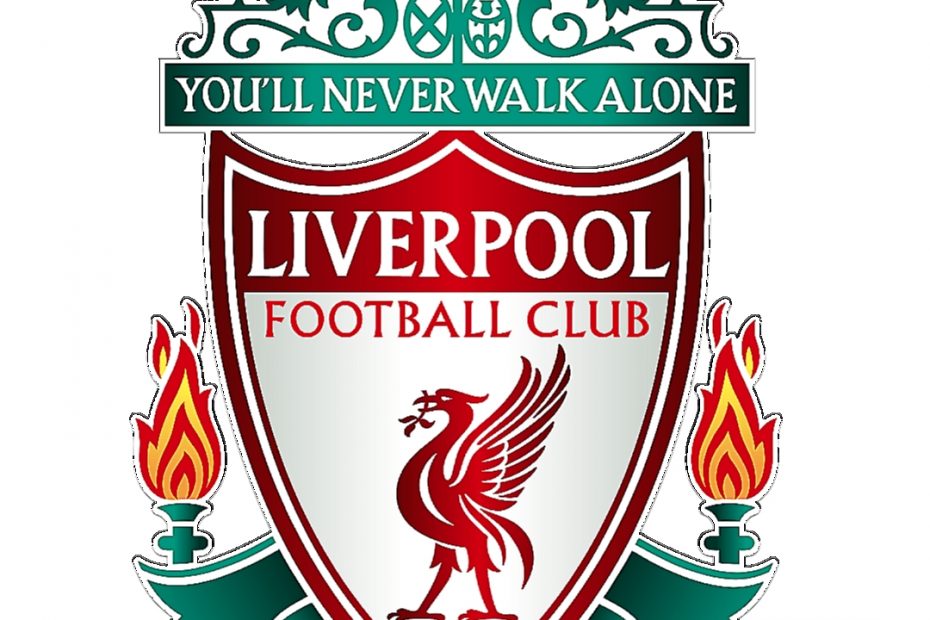 Richest Football Clubs in The World 2022: Football has a staggering amount of money. Revenues rule the contemporary game, either in terms of player salaries, football betting markets, or cash prize. It is the most popular sport on the globe, with supporters in every country and sponsors clamoring to have their brand connected with the most prestigious championships and teams.

However, the Covid-19 outbreak decimated income across all sports last year, causing significant disruptions. Revenues have fallen as there are no fans in stadiums and several games have been canceled. The entire scope of the problem is now known, and this is the first year since the yearly survey began that all teams have suffered losses.

The football powerhouse clubs are coining it in again now that everything is back to normal, with butts on seats and fresh tv rights agreements. The list below shows the richest clubs in the world.

Recommended: Most Expensive Hotels In The World and their Price 2022

Top 10 Richest Clubs in The World and Their Networth

1. Real Madrid – €715million: Real Madrid, the 13-time European champions and among the most popular teams in the world, produced more than $80 million than anybody else. Although there was no European glory in 2019 or 2020, the Spanish superclub did profit from a large portion of the La Liga television money. 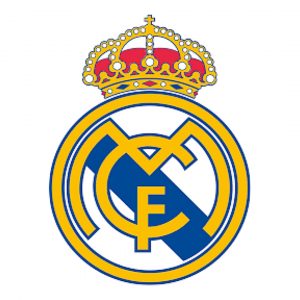 Real Madrid is generally at the top of the international football income tables, but they finished third behind Manchester United and Barcelona in 2018. Los Blancos are frequently associated with the best players in the world, and it’s unusual that they miss out on a player they desire. Real Madrid is also the most popular club on social media sites such as Facebook, Twitter, and Instagram, which helps to boost income.

2. Barcelona – €714.9 million: The Catalan giants were wiped out by the financial crisis, yet they nevertheless managed to produce a lot of money and rank among the best. 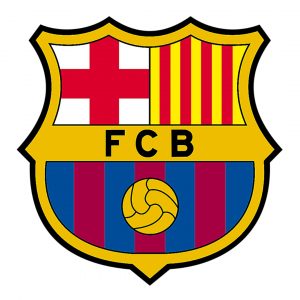 Barcelona is a club in upheaval, at the center of a massive transfer controversy that didn’t involve Lionel Messi this winter. Despite suffering a Champions League hammering and missing out on the La Liga crown, the Catalan giants continue to make as much income as any non-Real team.

Barca has been handicapped in recent years by large payments paid to aging stars. Their team management isn’t ideal, but they’re still one of the greatest and wealthiest in the world. 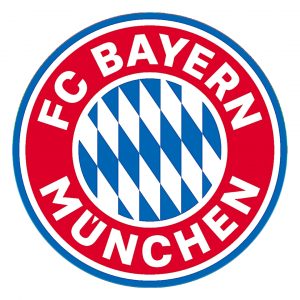 Bayern Munich’s revenue dropped barely €26 million last year, thanks to their European championship, which helped crystallize the large TV payments before the conclusion of the financial year.

The Bundesliga giants have won a record 29 national titles and 19 national cups, making them the most dominant team in German football history. Bayern Munich draws an average of 75,354 people to their home games.

4. Manchester United – €580.4 million: The Red Devils are still the richest football team in England, but their poor European record is taking a toll on their finances. The world’s wealthiest football club in 2017 and for many years before that has dropped to fourth position this year. 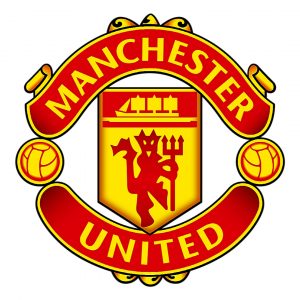 They lost 135 million euros in2020, a 19% decrease in overall revenue from the previous year. Despite their terrible on-field performance, the team remains a money-making powerhouse. They can still draw in massive sponsorship agreements and make acquisitions like Paul Pogba and Bruno Fernandes, which will help them stay towards the top of the wealthy list for many years to come.

Fans with great expectations are irritated by the financial rise while results remain erratic. 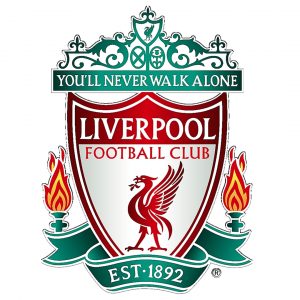 Despite income declining by €46 million, Jurgen Klopp’s team surged into the top five from seventh position last year. As a result of the epidemic postponing the season’s end, all Premier League teams’ 2019-20 revenues have fallen.

The Boston Red Sox’s owners have been cautious, refusing to pay Timo Werner’s release clause and carefully managing the salary of their MLB team. The amount they spend over the next five years will be intriguing to watch.

6. Manchester City – €549.2 million: In recent years, the city’s income have skyrocketed. The club has seen a lot of money poured and spent on it, and it has repaid them with a lot of silverware. Manchester City’s revenue dipped by €61 million last year, yet the team remained the world’s sixth richest club. 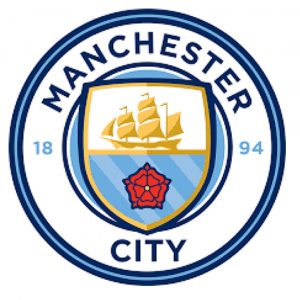 The average attendance at home games is 54,054, with the majority of the money coming from large media rights and marketing partnerships. Nike is the team’s technical gear provider, while Etihad Airways is the shirt sponsor. However, a new kit agreement with Puma could boost income in 2020.

Silver Lake Management, a US-based private equity firm focused on technology, announced a $500 million (£388 million) investment in Manchester City on November 27th, 2019. Following the deal, it will acquire a 10% share in City Football Group. This is the world’s biggest deal for a football club financed by private equity. Man City should be a huge climber on the wealthy list shortly if they win the Premier League again and have a strong season in the Champions League in 2020/21.

Recommended: Countries with the Highest Number of Scammers/Fraudsters 2022

7. Paris St-Germain – €540.6 million: In 2020, France’s wealthiest team dropped two places to number seven. Paris Saint-Germain dropped two spots due to a €95 million revenue drop. PSG, like other French teams, lost a considerable amount of matchday and television revenue when the Ligue 1 season was canceled in April. 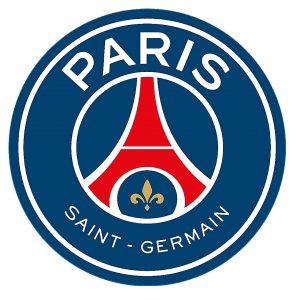 Which is the richest football club in the world?

They really need Champions League success and came close to capturing the championship in 2020, but were defeated in Lisbon by Bayern Munich. After smashing transfer records to get Kylian Mbappe and Neymar, they have recently slashed spending.

PSG’s income profile was dominated by commercial transactions. Nike (technical kit provider) and Emirates are its two largest contracts (shirt sponsor). The squad is a regular in the UEFA Champions League and has dominated Ligue 1 in recent years.

8. Chelsea – €445.7 million: Roman Abramovich, the Russian owner of Chelsea, placed the club up for sale. Because no large clubs have been sold in many years, this appraisal and sale price of £4.5 billion / €5.26 billion / $5.62 billion might set the baseline for all football club values. 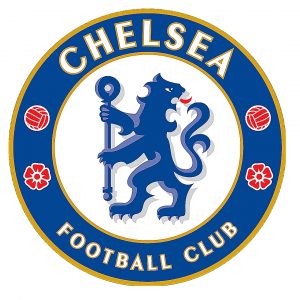 Chelsea is consistently a top 10 candidate on the football rich list because to their billionaire owner’s support. Chelsea dropped one position in 2019 as revenue stayed essentially steady, but rose one place in 2020 despite a €43 million revenue drop. They, like all Premier League clubs, lost greatly as a result of the Covid-19 controversy.

Chelsea finished third in the English Premier League last season and had a terrible run in the UEFA Champions League. The club has major sponsorship arrangements with Nike and Yokohama Tyres, as well as a dedicated fan base that keeps earnings high. Chealsea should move up the wealthy list ranks next year after an incredible 2020/21 season, which includes the much-coveted Champions League trophy.

9. Tottenham Hotspur – €445.7 million: Tottenham has become London’s richest club after setting a record income figure in 2019 thanks to a strong run in the Champions League and the transfer to their new 62,000-seater stadium. 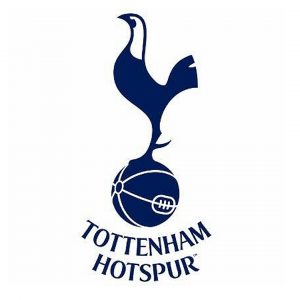 Wealthiest Football Clubs in the world

Tottenham, on the other hand, dropped a position in 2020 due to a €75 million drop in revenue, as well as the loss of significant match day revenue due to shuttered stadiums. Their broadcasting revenue increased to €276.7 million, but ticket revenue was severely impacted by the closure of a brand new stadium.

10. Juventus – €397.9 million: Ronaldo’s transfer from Real Madrid to Juventus in 2019 has been extremely beneficial to the Italian club’s finances. Cristiano Ronaldo, the world’s most popular player, meaning increased brand awareness and increased goods sales, as well as an eighth consecutive Serie A title in 2019. 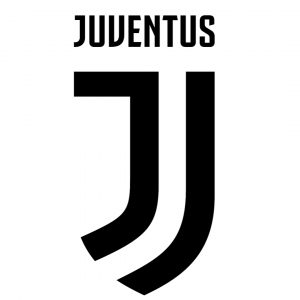 Networth of the richest clubs in the world

Juventus will remain the highest-ranked of three Italian clubs on the wealthy list in 2020, but will just just make it into the top ten. Covid-19 created havoc on the Italian football calendar, resulting in a €62 million loss in revenue.

Recommended: Meaning, Similarities and Differences Between Law and Ethics

The study underscores the club’s terrible financial state, which makes paying salaries and buying players difficult. Barcelona is well-supported across the world by some of the biggest stars in football, such as Messi and Suarez, which helps them stay towards the top of the rich list. Barcelona, like their main competitor Real Madrid, has experienced a dismal season, but the English big clubs have had the opposite experience. We anticipate some adjustments to this list in the near future.