Home » Fashion Updates and Trends » Richest Pastors in Africa and Their Networth 2022: Top 11

Richest Pastors in Africa and Their Networth 2022: Top 11 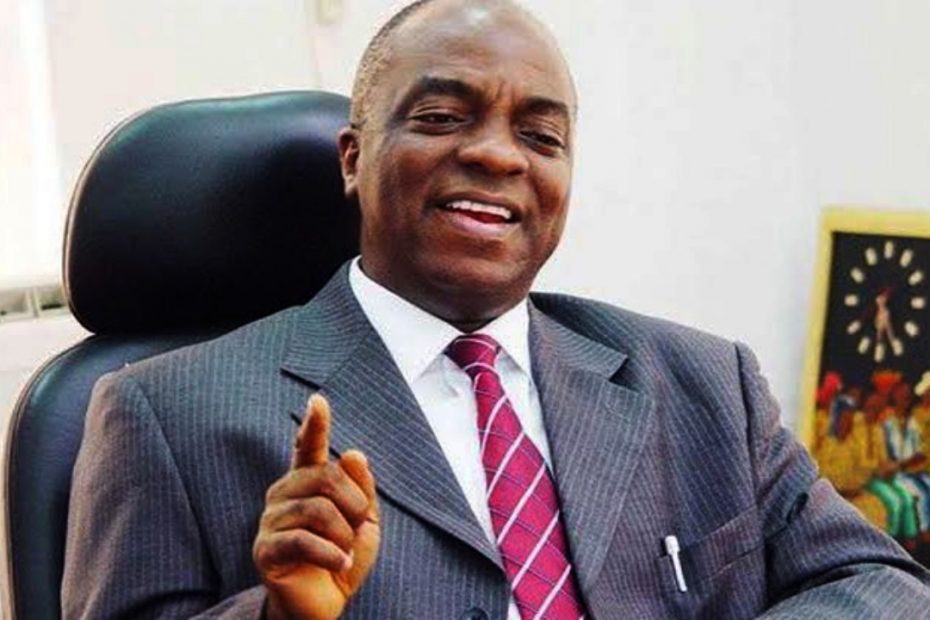 Top 10 richest pastors in Africa: With over 200 religions in existence, Africa is one of the most religious regions on the planet. Despite this, the majority of Africans today are either Christians or Muslims. Contemporary Pentecostal preachers are gradually becoming more cash than they were in the ancient days of Christianity. A large number of African pastors today are now among the continent’s wealthiest individuals. Some of these pastors’ money comes from outside companies and investments, which is worth noting. Many of them, however, undoubtedly derive their income from tithes, offerings, and gifts provided by church members.

Having said that, let’s have a look at Africa’s top ten wealthiest pastors and their net worth. 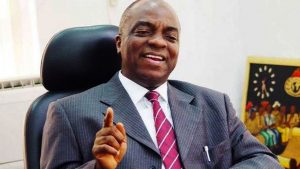 Bishop David Oyedepo’s net worth is believed to be $150 million. According to Forbes, this makes him Africa’s wealthiest preacher. Bishop David Oyedepo, the founder and reigning Bishop, oversees Faith Bible Church International, commonly known as Winners Chapel. Since its inception in 1983, the church has risen to be among Nigeria’s and the world’s largest Christian churches. You may be confident of this achievement because it is present in over 65 countries and has over 20,000 branches globally.

Bishop Oyedepo also owns Landmark University, Covenant University, and Crown University, which are among Nigeria’s top private universities. Bishop David Oyedepo is an architect, educator, businessman, and author of some of the bestselling religious (Christian) publications in the country, in addition to preaching the gospel at the Living Faith Bible Church. He also runs Dominion House Publishing Limited (DPH). Secondary schools, bakeries, fuel stations, real estate, retail malls, restaurants, and other businesses are among Oyedepo’s other assets. David Oyedepo has four private planes.

Recommended: Richest lawyers in Nigeria and their Networth 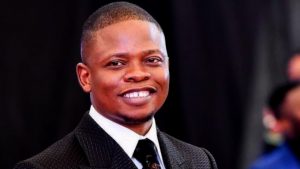 With a net worth of $150 million, Prophet Shepherd Bushiri is one of Africa’s wealthiest ministers of God. Shepherd Bushiri is a pastor, preacher, and the founder of the Enlightened Christian Gathering, a church in Malawi, South-eastern Africa. He is known as “The Major One.”

Prophet Bushiri is a well-known person in Malawi since his church has a significant number of worshippers and adherents. He is a well-known politician as well as a famous religious figure in his home nation. Shepherd Bushiri’s church was shut down by the Botswana government after he claimed to be able to provide miracle money to worshipers. Prophet Bushiri has a collection of sports cars and a $37 million private aircraft. He is also involved in other enterprises, the most notable of which being SB Investments, which has positioned him as one of Africa’s leading businesspeople. 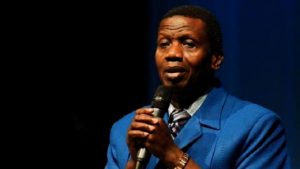 wealthiest pastors in Africa and their Networth

Pastor Enoch Adeboye is among Africa’s richest preachers. The Redeemed Christian Church of God’s general overseer is nicknamed Daddy G.O. After the demise of the church’s founder, PA. Akindayomi, Adeboye joined the R.C.C.G in 1971 as an interpreter and was later named General Overseer.

Since becoming the General Overseer of R.C.C.G., Pastor Adeboye has laboured tirelessly to develop the church, which has earned international acclaim. R.C.C.G. is now active in 196 countries across the world, with over 14,000 branches in Nigeria alone. Redeemers University and Dove TV, a digital satellite television broadcasting service intended to reach millions of Christian believers, are among the church’s assets, as is a private plane. 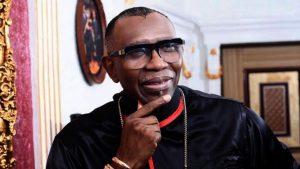 In Christendom, the spirit-filled man of God is a universal emblem. Bishop Ayo Otisejafor, often known as Papa Ayo, is a respected man of God who has preached the word of God for almost four decades. He is the pastor of Word of Life Bible Church in Nigeria. Between 2010 until 2016, he served as the fifth president of the Nigerian Christian Association.

He started preaching in 1979. His net worth is believed to be $ 110 million. His fortune comes from his satellite television, the African Broadcasting Network (ABN), several Christian publications, and annual bonuses from hosts. He has preached in over a hundred nations throughout the world. 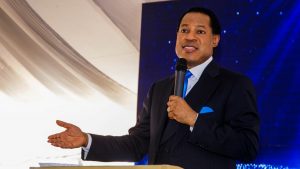 Pastor Chris Oyakhilome has a combined wealth of $50 million, making him one of Africa’s wealthiest preachers. He is the founder of the Believer’s Loveworld International, also known as Christ Embassy, centred in Lagos, Nigeria.

When he was an undergraduate at Ambrose Ali University in Ekpoma, Edo State, Nigeria, he founded the church as a university fellowship in 1987. Chris Oyakhilome is also recognized for his charitable efforts and his spiritual and practical good acts for the poor.

Also see: How to start and grow a business with small capital 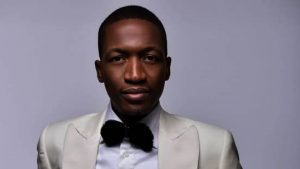 With a net worth of $50 million, Prophet Ubert is Zimbabwe’s wealthiest preacher and among Africa’s wealthiest. He founded the Spirit Embassy, a Pentecostal church he started in the United Kingdom, where he also lives. Spirit Embassy was formed in 2007, however, in 2015 it was renamed the Good News Church  2015. His church has grown to become one of the largest in the United Kingdom throughout the years.

Prophet Ubert Angel has a big investing portfolio. It has been established that he owns many multimillion-dollar residential and business properties. He also enjoys expensive automobiles and owns a Range Rover, a Lamborghini, and a Rolls Royce, all of which are worth over $5 million.

Preacher Irene has a net worth of $42 million, making her the wealthiest female pastor in Africa. Divine Truth World Restoration Services for World Peace by Jesus Christ is her creation, and she is the head pastor.

From 1990 to 2001, Pastor Irene worked as a banker at Standard Bank of South Africa. In late 2001, she resigned from her banking position to launch her church in South Africa. Her ministry is one of the largest in South Africa, and she broadcasts to a global audience through a DSTV channel.

Ray Macaulay is a popular figure in South Africa. He is among the richest pastors in Africa amassing a net worth of over $29 million. He founded the Rhema Bible Church which has its headquarters in South Africa and currently serves as the head pastor

Ray also holds various positions such as the chairman and co-chairman of the  International Federation of Christian Churches (IFCC) and the  South African National Interfaith Councils respectively.

Ministry: The Synagogue, Church of All Nations

Temitope Balogun is a Nigerian pastor. Joshua, sometimes known as T.B Joshua, is one of Africa’s most well-known and wealthy pastors. He had a net worth of $15 million, despite his recent demise. He is the founder of the Church of All Nations Synagogue.

His ministry also owns “Emmanuel TV,” a well-known television network. T.B Joshua is generally referred to as YouTube’s most popular pastor, with over 300 million views on his videos. His church also functions as a significant tourist attraction, attracting thousands of religious believers from all across Africa to his Lagos headquarters in quest of miracles and wonders.

Matthew Ashimolowo is the owner and head pastor of Kingsway International Christian Centre (KICC). This church has branches in London and Maryland, Nigeria, Nigeria. He became a full-time minister in 1991 after converting from Islam to Christianity at the age of 20. His church has grown to be one of the largest in the United Kingdom, with about 12,000 people attending each Sunday.

Pastor Ashimolowo is believed to have a net worth of $6-10 million, based on Forbes estimate. Also, his church has more than $40 million in assets.

Recommended: Positive and negative impact of colonialism in Africa

He is another renowned African pastor from South Africa with millions of followers from different parts of the world. Alph Lukau is the leader of Alleluia Ministries International (One of the top Christian churches in the world today). 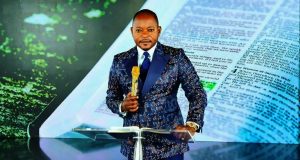 It is interesting to know that Alph Lukau is just 47 years old, making him one of the youngest Bible scholars that has attained this great height in Africa. He is also estimated to be worth ove $1 billion as at 2019.

Alph Lukau is currently married to Mama Celeste (a great minister too). It is evident, based on our research, that his source of income is not only from his church. As a writer, public speaker and a TV station owner, he also earns from those skills/businesses too. No doubt, Alph Lukau is one of the richest pastors in Africa currently.