Home » Salary of All Professions » Salary of the Nigerian Army 2023: See How Much Soldiers Are Paid

Salary of the Nigerian Army 2023: See How Much Soldiers Are Paid 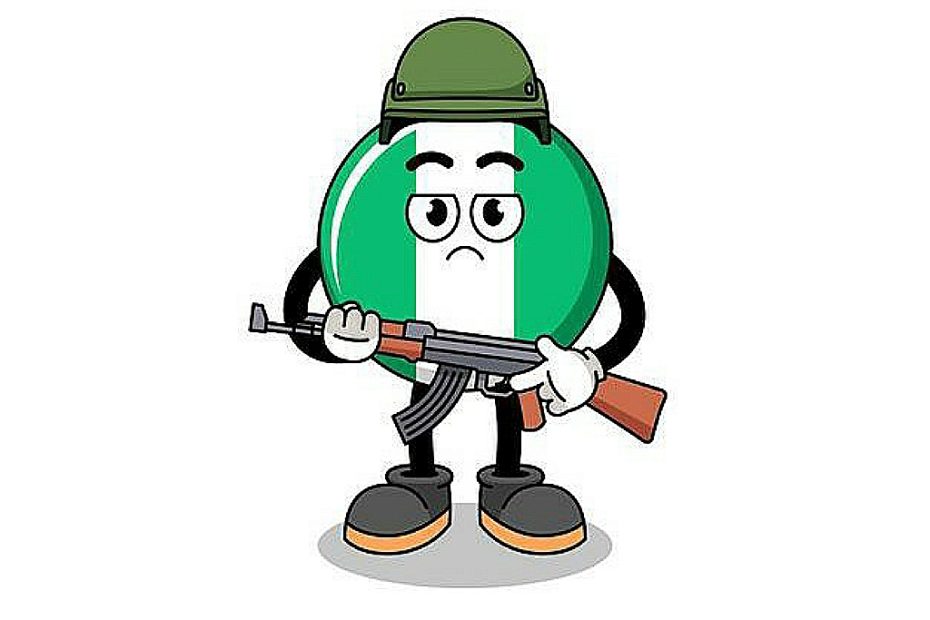 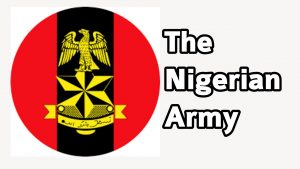 Salary of the Army in Nigeria today

About the Nigerian Army

Members of the Nigerian army are sometimes referred to as soldiers. For you to therefore become a Solider you must fulfill the following requirements:

I. You must be a Nigerian citizen by birth

ii. You must possess a National identity card

iii. You must be psychologically, physically, and medically fit to serve as a Military officer.

iv. You must possess an O-level certificate or SSCE and must have attained a minimum of 5 credits in your subjects at not more than two sittings for WAEC, GCE, or NECO.

v. You must be up to the age of 18 at the time of applying

vi. You must be free of any criminal conviction

viii. You are required to acquire the Nigerian army recruitment form, fill the form, complete all application requirements, and submit it.

ix. You must attend the zonal screening exercise at the designated zonal center in your state.

Upon the fulfillment of these requirements, you may thereupon be recruited into the Nigerian Army, and only then will you be eligible to earn a monthly salary for being a soldier or professional of the Nigerian army.

Salary Structure of the Nigerian Army and Ranks 2022

The former are those of lower or no ranks in the military while the later are like the management. They can give the non Commissioned Officers missions and duties to perform.

Below we will be listing the ranks in the Nigerian military, giving a brief explanation of their office and position and disclosing their monthly salary.

1. Recruit: A recruit is the least ranked army officer in Nigeria. A recruit is military personnel who has been newly enlisted for military training and employment and has just been drafted as a Member of the Nigerian army. An Army recruit earns a monthly salary of 10,000 – 12,000 naira.

3. Lance Corporal: A lance corporal is a non-commissioned army officer in Nigeria ranked above a private officer, but below a Corporal. A lance corporal earns a monthly salary of 52,000 – 55,000 naira.

4. Corporal: A corporal is an Army officer ranked above the lance corporal, but below a Sergeant. A corporal is usually responsible for individual training of recruits, cleanliness of their soldiers, troops, amongst other delegated tasks. A corporal may be identified by the double v badge on their uniform, and they earn a monthly salary of 57,000 Naira.

Also see: Monthly and annual salary of the Nigerian Navy in 2023

5. Sergeant: A sergeant is ranked above a Corporal and is responsible for overseeing the daily tasks of lower soldiers. A sergeant usually has a three-shoulder mark and can be easily identified by the triple v marked badge on their uniform. According to the Consolidate Armed forces salary structure for the Nigerian military, a Sergeant earns a monthly salary ranging from 56,443 – 69,260 naira.

6. Staff Sergeant: A staff sergeant can be referred to as a senior non-commissioned Nigerian Army officer. They are responsible for the development of Sergeants. A staff sergeant may be identified through the Golden eagle placed above the triple v marked badge on their uniform. They earn a monthly salary ranging from 69,000 – 81,000 naira.

7. Warrant officer: A warrant officer otherwise known as a sergeant first class is an army officer responsible for advising the Master warrant officer, training soldiers collectively, individually, and ensuring that tasks of junior soldiers are completed. A Warrant officer may be identified by the Golden eagle surrounded by a golden crown made of olive leaves marked badge on their uniform. They earn a monthly salary ranging from 82,000 – 100,000 naira. 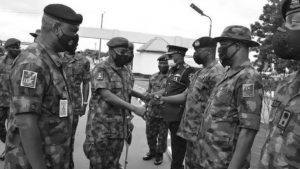 Monthly and annual salary of the Nigerian Army

8. Master Warrant officer: A Master warrant officer may also be referred to as a Master sergeant officer, they are the apex of non-commissioned army officers. They are responsible for handling and controlling military equipment. They may be identified by the Insignia of the Nigerian coat of arms on their badge. They earn a monthly salary of 90,000 – 160,000 naira.

9. Second lieutenant: A second lieutenant is the second substitute of a captain in the Nigerian army, and as such, they are subordinate to the Captain. They usually earn a monthly salary of 160,000 – 180,000 naira.

10. Lieutenant: A lieutenant is an army officer above the Second lieutenant but below the Captain. They are subordinate to the Captain, acting as the direct assistant of the Captain and they also help in commanding tactical units such as troops or platoon. A Lieutenant can be easily identified by a vertically aligned six-pointed star-marked badge on their uniform. They earn a monthly salary of 186, 000 – 200,000.

11. Captain: A Captain is ranked above a lieutenant, but below a Major. They are highly respected as they are usually the highest tactical troops rank, and as such act as either the Commander or second in command of a troop. A Captain usually has a three six-pointed star vertically aligned in their badge. They earn a monthly salary of 200,000 – 230,000 naira. 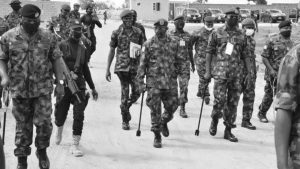 what is the salary of Nigerian army currently

13. Lieutenant colonel: This is a mid-level rank amongst field army officers. A Lieutenant colonel serves as a deputy to the colonel and commands units of soldiers. They may be identified by the vertically aligned Silver Star and eagle on each shoulder. They earn a monthly salary of 300,000 – 360,000 naira.

A Brigadier general may be identified by their Insignia which is made up of one silver eagle and six-pointed stars arranged in triangular form. They earn a monthly salary of 650,000 – 800,000.

16. Major General: A major general is a two-star ranked army officer. They serve as Commanders of an army division which consists of 9,000 – 20,000 soldiers, and they perform and oversee major tactical operations of the army. A Major General earns a monthly salary ranging from 800,000 – 1.2 Million naira.

Also see: How to write a letter of application perfectly

18. General: This is a four-star ranked officer in the Nigerian army and is widely referred to as the highest level of commissioned Army officers in Nigeria. A General earns a monthly salary ranging from 1.6 Million – 2 Million naira.

19. Field Marshall: This is a five-star rank in the Army and per se the most senior rank of an Army officer in the Nigerian Army. However, no person has attained this rank yet, that’s why the rank of the General is often referred to as the highest rank and climax of the Nigerian army.

Recommended: Countries with the Best Hackers in the World 2023

Is the Salary of the Nigerian Army Reasonable When compared with other countries?

Apparently, when you compare the salary of the Nigerian Army shown above with what the army in other developed and developing countries are receiving as salary, it is unreasonable and pathetic. In countries like the United States, United Kingdom, Canada etc, soldiers earn about £31,173 per year. That notwithstanding, African countries like South Africa pay about R314,444 a year. 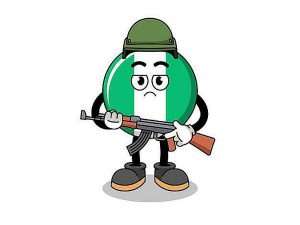 How much is the salary of a major in the Nigerian Army?

The crux of this pathetic salary is the fact Nigerian soldiers tend to face more risk doing their jobs because of the high rate of corruption and insecurity in the country. At some point the government can even fail to pay for sometime. So truth be told, joining the Nigerian Army isn’t all that good except you have an upper hand to push you to the top offices.

Recommended: Salary of lecturers in Nigeria 2023

14 thoughts on “Salary of the Nigerian Army 2023: See How Much Soldiers Are Paid”