Home » Fashion Updates and Trends » Ugliest People In The World (With Pictures): Top 10

Ugliest People In The World (With Pictures): Top 10 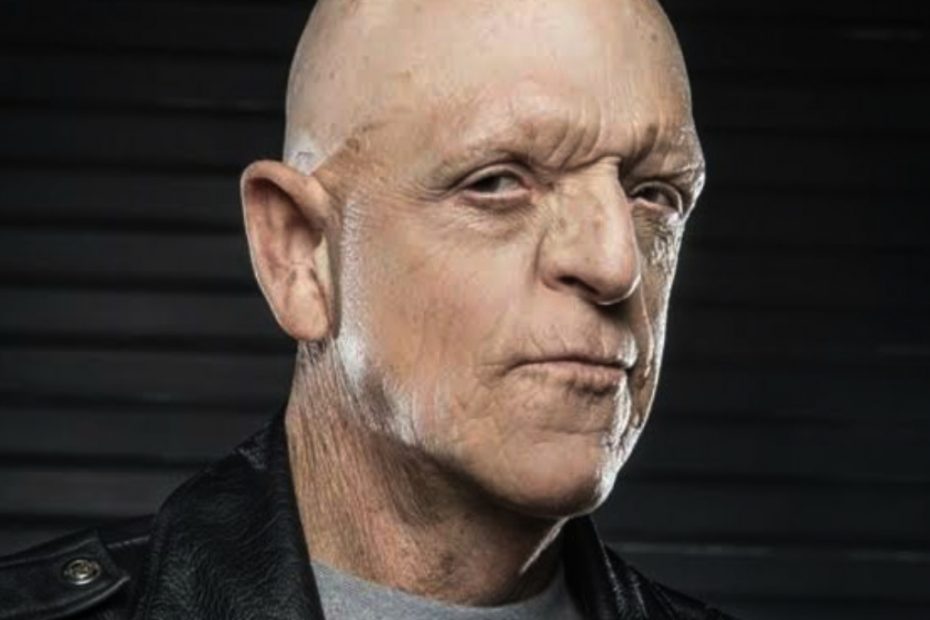 Ugliest People In The World: While many people find pleasure in appearing nice, some claim that being labeled “ugly” or “monster” provides them with the gratification they need. While some people are born with an unattractive appearance, others spend a lot of money on cosmetic surgeries, body modification, and tattoos to disfigure their faces and other parts of their bodies in order to look ugly. Some of these procedures were unsuccessful.

Humans have a strong affinity towards all things that arelovely. Being attractive is preferable to being unattractive. When you are handsome/beautiful, others are more inclined to view you favorably and treat you better. When you are unattractive, your classmates and family members do not pay attention to you. Others might find you unpleasant or offensive.

However, if people characterize you as the ugliest person on the planet, your fortunes can flip in an instance.

Let’s have a look at who the world’s ugliest people are and why they are so.

1. Godfrey Baguma: Ssebabi (Godfrey Baguma) was born in Mbarara, Uganda. In Uganda, the name ssebabi is one of the most common. His physical appearance, talent, ingenuity, and general demeanor all contribute to this. He’s 47 years old and married to Kate, a lovely woman. He wasn’t  born with his current appearance. On one side of his face, he developed a bizarre sickness that resembled a tumor and ruined his appearance. 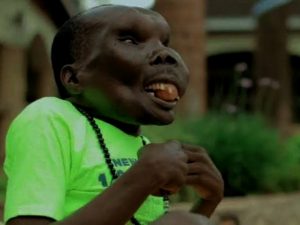 His mother abandoned him due to his health problems and horrible appearance, leaving him at the mercy of his grandma, who raised him. Godfrey Baguma’s story is remarkable in part because he was not born ugly. He was denied several advantages as a result of his condition, such as mixing with others and having access to crowded venues like markets.

Because he was deemed an unsightly and odd creature, Godfrey spent his youth indoors, unwilling to mingle with others. He took a brave stride into the world as he grew older. He competed for the title of “ugliest man on the planet.” Fortunately, ssebabi came out on top in the tournament. That was the start of his career.

Godfrey Baguma is a gifted singer as well as a stand-up comedian. He is the husband of two ladies. Due of infidelity, he divorced his first wife.

Also see: How to find out God’s purpose for your life

2. Dennis Avner: Stalking Cat was born in Flint, Michigan, and raised in Suttons Bay, Michigan, in the United States, and he has had a psychic connection to all feline species, particularly tigers, since he was a child. Despite evidence to the contrary, Cat claimed that he grew up in a tribe and that a medicine man named Grey Cloud gave him the name “Cat” when he was ten years old. 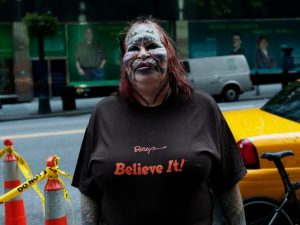 Who is the ugliest person in the world

Later in life, Stalking gave an interview to Mark Dolan. Cat would remark that nearly all of his childhood acquaintances were grownups, that he didn’t connect with youngsters his own age, and that he spent a lot of time in the woods. He’d also claim that his stepfather was a child molester and that he never really knew his father.

Cat said, “I’m not a victim of my stepfather,” when asked if he had been a victim of his stepfather “It’s not a lot, but it’s sufficient. I mean, I’ve always had some sort of emotional trauma.”

Stalking Cat graduated from Oscoda High School in 1977 and went on to work as a sonar technician for the United States Navy.

Stalking After being discharged from the navy in 1980, Cat worked as a computer technician in San Diego, California, and it was at this time that he began his metamorphosis project. His new appearance made him a celebrity after his metamorphosis.

3. Maison Sere: Maison Sere competed in the annual Zimbabwean competition to find the country’s ugliest man in 2015. There were 35 competitors in the competition, including the current champion, who had won the championship three times in a row. 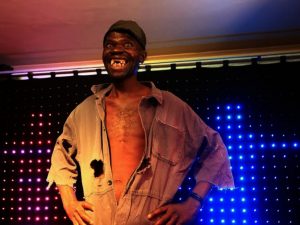 Ugliest face in the World Record

Sere defeated the other guys to win the title of Mr Ugly and a $500 award. Because of his missing teeth, Maison Sere became one of the world’s ugliest individuals. Sere is 48 years old and currently resides in Harare, Zimbabwe. Mr Ugly was founded in 2012 with the goal of recognizing and celebrating beauty in ugly.

4. Erics sprague: The Lizardman, Eric Sprague, was one of the first humans to have a split tongue. Eric sprague’s popularity has risen as a result of these changes. This 37-year-old man has transformed himself into a reptile with 700 hours of tattooing, five Teflon horns placed beneath the skin of his brows, filing down of his teeth into sharp fangs, bifurcation of his tongue, and lengthening of his septum and earlobes. 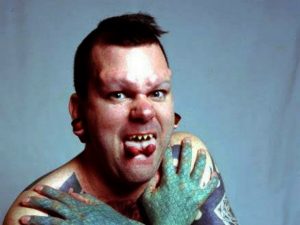 Irish men and German women are the ugliest in the world

5. Donatella Versace: This lady was not born ugly, but she is today regarded as the ugliest woman on the planet. She was a lovely woman when she was born, raised, and rose to fame, but owing to her botched plastic surgery, she developed this strange appearance that has landed her in this position. 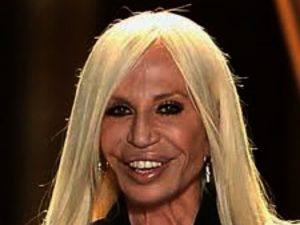 She now has extremely large lips and nose as a result of the botched surgery, and her eyes are also a source of frustration, since they are always black like a beast. Her physique is overly tiny in comparison to her face, making her appear uncomfortable, and she is now known as the world’s ugliest girl.

Donatella was born on 2 May 1955; she works as an Italian fashion designer and also holds the office of vice president for the versace group of company.

Recommended: How to show someone you really love them

6. Michael BerryMan: Michael Berryman is one of the ugliest persons on the planet, and ugliness is in his blood. 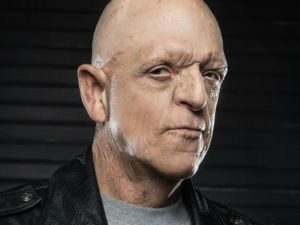 Ugliest Girl in the world

He hasn’t undergone any surgery or treatments to achieve this look. Hypohidrotic Ectodermal Dysplasia is the source of his distinct appearance. Human hair, nails, teeth, and sweat glands form abnormally in this condition.

Many of you may recall the horrific film “Hills Have Eyes,” and this figure looks to be based on a real character from that script. Because of his condition, this man appears strange and unlovable, but he makes a career with his appearance.

7. Etienne Dumont: Etienne Dumont, who works as an art critic in Switzerland, is the number one on this list of the world’s ugliest people. He has been a critic for over 40 years because he is passionate about art and culture. 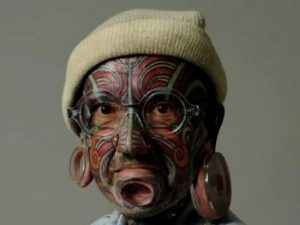 Ugliest nationalities in the world

This man has tattooed himself from head to toe, covering every part of his body, and he has turned into a terrifying figure. This man is recognized for his bull-like appearance, which was achieved by the use of silicone implants beneath the skin.

A five-centimeter ring is implanted, and the entire face is adorned with pinned spectacles. The man appears to be a horror who got his first tattoo in 1974 and began his adventure in this manner.

Recommended: How To Know That a Girl Hates You: 6 Signs

8. Rick Genest: Rick is also among the world’s ugliest persons who chose to be this way. He is known as the ‘Zombie Boy‘ because of his tattooed appearance from head to toe. He has gained enough popularity because of her unusual looks, which are both disturbing and scraping. 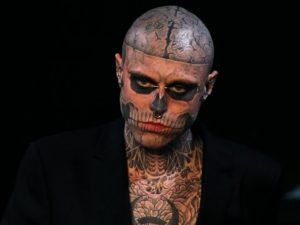 ugliest people in the world

He appears to be so awful that you can’t pass him without crying or yelling. Anyone can see how much effort he put into this look and how difficult it is to maintain this full Zombie-boy persona.

Before becoming a Zombie Boy, he was suffering from a brain tumor. Then, following surgery, he chose to leave home and live a life similar to that of the undead. He began living in dumpsters or under bridges in the city and began Hitchhiking as a form of training.

9. Kala Kaiwi: This dude strikes me as strange because he has all those glasses punched near his ears and horns. As a result, he is deserving of inclusion on this list of the world’s ugliest persons. This one has a tattoo look that covers virtually his entire body. 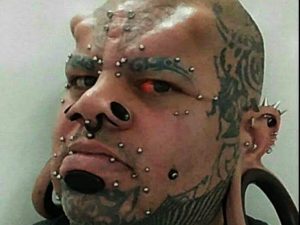 Later, after obtaining all of these tattoos, he opted to acquire a snake-like tongue, silicon-planted horns, and metal horns on his head. People frequently mistakenly believe he is the shadow of Satan, bringing evilness and cravings with him because of his chaotic appearance.

10. Pauly Unstoppable: Pauly appears to be in good health without his tattooed appearance, and he was a handsome man before he had all of his piercings and bodily alterations. Since he is now completely tattooed and pierced, he looks horrifying and frequently scares me, thus I rank him among the ugliest persons on the planet. 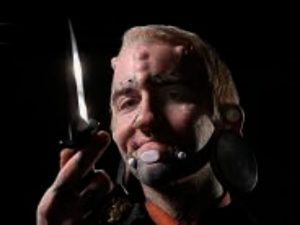 Ugliest person in the world currently

He has a tunnel effect in his ears and holes in his nose that are covered by big rings. You can also see him slicing through the perforations in the nose with his scissor.

He appears to have done some heinous things to his physique, making him the most despicable human. What could be crueler than dividing your own body into three parts with his tongue?

I believe you would like reading about the world’s ugliest people. While some are inherently attractive, others are well-known for employing a variety of piercing and tattooing techniques, resulting in a variety of bizarre appearances. Even if they are unattractive, the majority of them make a living based on their appearance.

1 thought on “Ugliest People In The World (With Pictures): Top 10”