Home » Fashion Updates and Trends » Which is More Difficult to Learn and Play, Bass or Guitar? Answered

Which is More Difficult to Learn and Play, Bass or Guitar? Answered 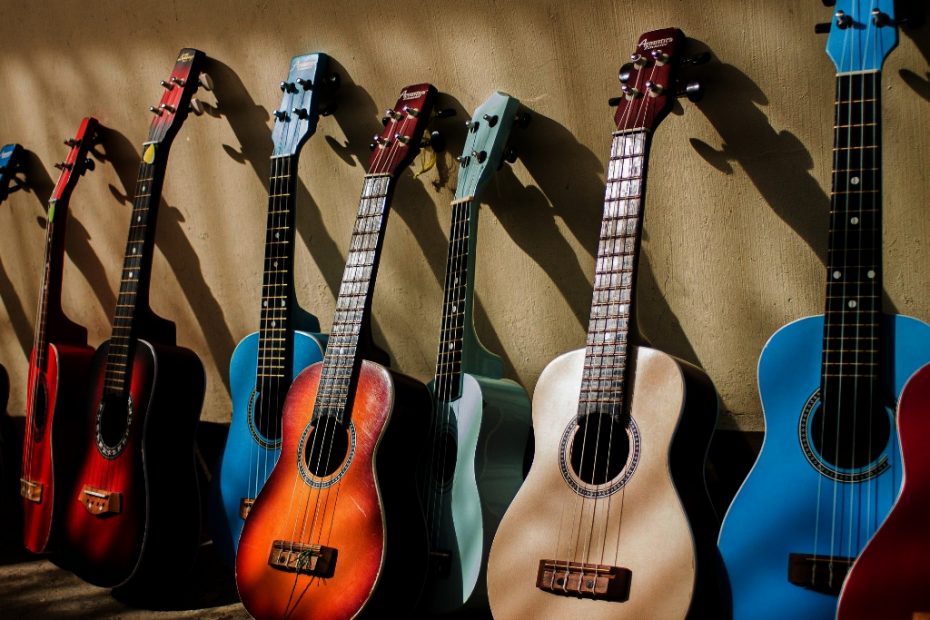 Which is more difficult to learn and play, Bass or Guitar?: There are two categories of people who would find this article priceless. The first category covers persons who are essentially new to music and are dying to get their hands on an instrument. If you are one of such persons, you might need to acquire basic music lessons before making a decision on what instrument to settle for. The reason for this is that there is a possibility that you may have not made up your mind on what genre of music suits you the most, and such classification is vital to your decision.

The second category of readers would be those who already are playing an instrument, but would like to take on a new one, maybe due to a change in musical role or a desire to explore the musical horizon. 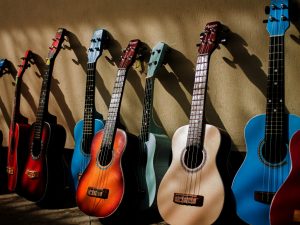 Whether you belong to any of the categories or you’re tucked somewhere in-between, you need to understand the process you’re signing up for with each instrument. This is where this article comes in. It not only highlights the differences between the two instruments, but it also compares the hardship, or lack of, with each option.

Before going into the details of such comparison, however, you must understand that different factors can contribute to why an instrument would be difficult to learn, and play, and not all of them can be traced to the instrument themselves. Some of them concern the intending instrumentalists.

In this text, we’ll explore the few variations in both the guitar and the bass guitar. This would help you in deciding which is the harder instrument for you.
Here; 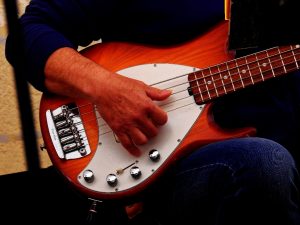 Bass vs. Guitar, Difference, Difficulty and Which Is Better for You

Also see: Which Is More Difficult to Play and Learn, Piano Or Guitar? Answered

a. Tuning Variation: The main difference in the tuning of these instruments is the number of strings involved. For the six-stringed electric guitar, the tuning is usually E-A-D-G-B-E, starting from the lowest note; E. This is unlike the four-stringed bass guitar which is tuned E-A-D-G.

The thing that connects both instruments when it comes to tuning is a set of four strings; E, A, D & G. This also explains why the bass guitar sounds much ‘lower‘ than the electric lead guitar.

b. Sonic Difference: The sonic difference between the two instruments is often highlighted by the genre of music involved. This is even though the bass guitar is more or less for a more background feel, while the lead guitar can explore other solo parts. In rock music, for example, you barely hear the bass (if there’s any), while more traditional genres like ballads or hip-hop are heavy on the bass. 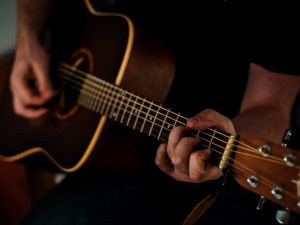 Which is more difficult to learn and play, Bass or Guitar

c. Roles: You must try to remember that majority of the information in this article is general-based. An instrumentalist can still decide what type of music or set to get involved in depending on their roles. This means that the measure of your challenge can be dependent on the role you play in your band or team. After all, some bass guitarists have been known to be as ‘eloquent’ as guitarists on tracks.

d. The difference in scale length: This just points at the size of the instrument. Simply put, a scale length is an expanse from the edge of the fretboard to the point where the strings join the bridge. Because of the scale length of the bass, it is considered the bigger instrument, and at face value, the easier one. 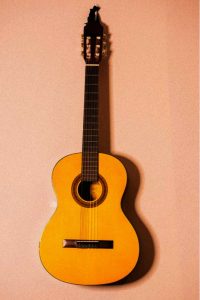 Also see: How To Tell Someone About Yourself

Which is More Difficult to Learn and Play, Bass or Guitar

There is an assumption that the bass guitar is the easier instrument, mostly because it is four-stringed. While this isn’t exactly false for a lot of people, it is also dismissive of other details that can dispute that fact as a general notion. The differences already explored in this article go to show that each instrument may be considered more difficult by different instrumentalists for different reasons.

At the end of the day, what works best for you is the easier option. This is why we have outlined several metrics you should bear in mind in deciding which is the more difficult instrument for you. 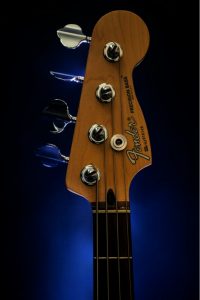 Bass vs Guitar, Differences & Which Is Better For You

a. Take note of your strengths: We’ll start by saying that if you do not care about being an expert at any of the instruments, you might as well stop at this point and become a bassist, which as we said earlier is physically the easier option. However, if you are interested in becoming a good guitarist, none is the easier option.

You have to take note of your strengths.
Are you a team player?

Are you comfortable handling the spotlight?

Do you have the dexterity needed for the more complex keys of the guitar?

Answer these questions before choosing any of the instruments.

b. Let Your Personality Decide: Picking an instrument may surprisingly require that you assess yourself and what you are most likely to go for in creative situations. If you’re a person who lives for the `spotlight’ or what we refer to as the ‘top guy’, then your choice may be clearer than you realize.

Like we stated earlier, you’d find that the bass guitar-in a band- is more or less a background instrument, unlike the lead guitar. If you enjoy being the lead in creative teams, and you’re looking to play an instrument, you might want to focus on the lead. This does not mean that bass guitarists cannot be creative heads. It is just an analysis, based on history, of who is most likely to.

c. Consider what instrument you enjoy the most: Most people do not find ‘doing‘ what they enjoy extremely difficult. They get through the stress of perfecting their craft without breaking a sweat. Take for instance; when a singer who loves music and singing is asked to rehearse overnight or a comedian watching tons of standup comedy videos online. The truth is that while they might get tired at some point, why the heck not? They would never break as much sweat as people who take no pleasure in what they are doing.

The point of this is to say that a musical instrument might be a little more difficult for a person who does not enjoy what such an instrument brings.

This is why you need to consider which of them gives you the most excitement. If you are not sure how to, start by listening to the different sounds or just watching players go at it.

d. Consult other musicians: This is especially for those who have limited to no experience in playing musical instruments. Getting musical advice from more experienced artists or players can help you in making the right decision. This is not restricted to artists. You could even ask people at music stores to help you pick the right instrument for you.

The difference between a guitar and bass is not readily visible to the regular eye, especially one that isn’t very certain of what they should be looking for. They are both great instruments for creating beautiful sounds and backdrops for the greatest songs.

There are diverse challenges people face whilst learning to play an instrument, so ‘difficulty’ should not be the thing that would deter you from attempting to learn whichever one you’ve decided on.