Youngest Presidents In The World 2022 (With Age & Pictures) 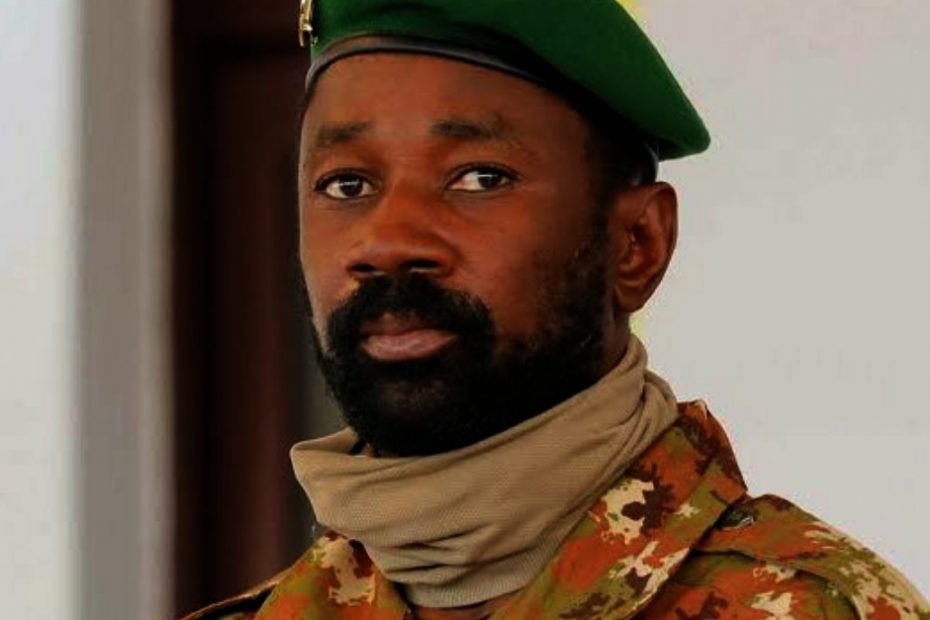 Youngest Presidents In The World: The majority of individuals aspire to be president, but only a few are born with the potential to do so. In most civilizations, leadership is seen as a responsibility bestowed upon highly skilled, tactical, and experienced individuals in normal conditions; as a result, most people believe that leaders should be adults rather than youth. This is where the debate over the youngest presidents enters the picture.

Despite the prevalent belief, a few wealthy individuals around the world have been able to break the curse, as fate has provided them with the opportunity to become leaders at an early age. Some of these individuals have taken on the mantle of leadership even before they reach their adolescent years, proving the famous cliché that age is just a number.

We’ll include the world’s youngest presidents, along with their ages, in this article. From the youngest to the oldest, the list has been presented in ascending order.

Youngest Presidents in the World 2022 (With Age, Country & Picture)

Age at the moment; 27 years old 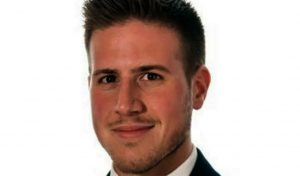 Youngest National Leaders in the World

Giacomo Simoncini is at the top of the list of the world’s youngest presidents. The 27-year-old leader, who was born and raised in Borgo Maggiore, San Marino, is a pharmacist. He was also a chemistry instructor. Meanwhile, at the age of 18, Giacomo Simoncini joined the Sammarinese Socialist Party and was elected to the executive board a year later.

In addition, Giacomo Simoncini is a Sammarinese sports executive turned politician who is now one of Francesco Mussoni’s Captain Regents. On October 1, 2021, they began their joint terms. Giacomo Simoncini and Francesco Mussoni are leaders under a political system known as diarchy, which is the polar opposite of monarchy, in which only one person and the power to rule belongs to a single lineage.

Following the 2019 elections, he was elected to the Grand and General Counsel for the electoral alliance “We for the Republic,” as well as the Council of XII and Council Commissions. In 2018, he was the squad manager for the San Marino national futsal team and a member of the S.S. Murata Board of Directors. For example, Giacomo Simoncini is the world’s youngest head of state and the only one who entered office before the age of 30.

Also see: How to think and argue like a lawyer

Age at the moment; 36 years old 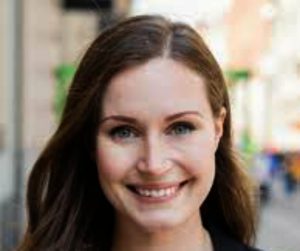 countries with the worlds youngest leaders

Sanna Mirella Marin was sworn in as Prime Minister of Finland on December 10, 2019. She has been a member of the Social Democratic Party in the Finnish Parliament since 2015. (SDP). She was chosen to represent the electoral district of Pirkanmaa. The fact that the young PM entered politics at such a young age did not surprise the public; she became an active member of the SDP’s youth wing shortly after graduating from high school, where she made significant contributions.

From June 6 to December 10, 2019, Sanna Mirella Marin was the Minister of Transport and Communications. She became the leader of her political party, the SDP, the following year, succeeding Antti Rinne. Sanna was nominated for Prime Minister of Finland in December 2019, and she took office on December 10th

Sanna Marin, 36, has etched her name into history as Finland’s youngest prime minister and the world’s second-youngest state leader. The young leader governs under a Parliamentary representative democracy, in which the parliament, made up of elected members, has the right to make decisions for the state. 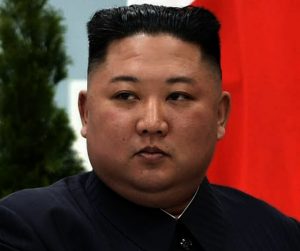 Lists of state leaders by age

Kim Jong-un rose through the ranks of North Korean leadership after his father’s death in December 2011, eventually becoming the country’s Supreme Ruler. He is, in fact, the grandson of Kim Il-sung, the founding and first president of North Korea from 1948 to 1994. From 1994 to 2011, he was the son of Kim Jong-il and Ko Yong-hui, North Korea’s second great leader.

Kim Jong-un was also elected head of the Workers’ Party of Korea on April 11, 2012. (WPK). Kim Jong-un has demonstrated dictatorial traits in North Korea’s monarchical but oligarchical government, which has been ruled by the Kim family since 1948. Kim Jong-un, one of the world’s youngest presidents, is well-known for supporting his grandfather Kim Il-strategy sung’s of byungjin, which comprises constant military and economic strengthening, particularly through the development of nuclear weapons. 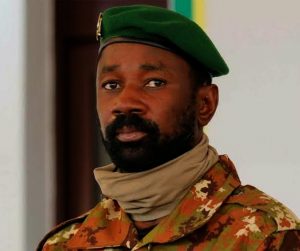 The youngest leaders in the world

On May 24, 2021, Colonel Assimi Gota, a Malian military officer, was elected President of Mali. Meanwhile, Gota was previously recognized as a colonel in the Malian special forces in the country’s central region. He is the commander of the National Committee for the People’s Salvation, a military junta that deposed former President Ibrahim Boubacar Keta in a Malian coup d’état in 2020.After the Malian coup d’état in 2021, Gota retook power from Bah Ndaw and was formally declared president of Mali.

The 39-year-old president is the son of a Malian Armed Forces officer and was educated in Mali’s military colleges. Goita’s justification for deposing Ndaw was that he was plotting to derail the government’s planned democratic transition. The constitutional court named him interim president after he took over for the second time, citing a “vacancy in the office.”

Also see: 10 Best countries to do business in africa 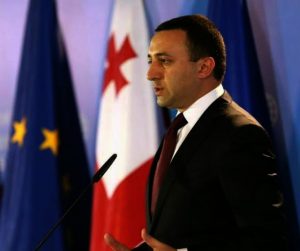 Youngest president in the world today

Irakli Garibashvili is fifth on the list of the world’s youngest presidents. He is a Georgian politician who rose to prominence after becoming Prime Minister of the country in 2013. His first term, on the other hand, lasted until December 2015, when he decided to step down. He was re-elected as Georgian Prime Minister for the second time on February 22, 2021.

He had previously served in Prime Minister Bidzina Ivanishvili’s cabinet as Minister of Internal Affairs from 2012 to 2013. When Ivanishvili stood down willingly in November 2013, he picked Garibashvili as his successor as Prime Minister.

Irakli Garibashvili was only 31 years old when he was elected to the prime ministership for the first time, breaking the jinx as the world’s youngest prime minister. He was also the world’s second-youngest state leader, after Kim Jong-un.

Recommended: Oldest president of the United States of America

Age at the moment; 40 years old 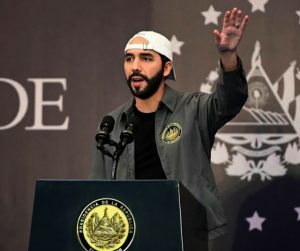 Youngest president in the world and country

Salvadoran politician and businessmen Nayib Armando Bukele Ortez. He was 38 years old when he took office on June 1, 2019, following a victorious election. Under the auspices of the left-wing Farabundo Mart National Liberation Front, he ran for and won both public offices. Nonetheless, he is the founder of the Nuevas Ideas political party (NI). Bukele previously served as mayor of Nuevo Cuscatlán from March 11, 2012, to March 1, 2015, after which he was elected mayor of San Salvador.

In contrast to El Salvador’s claimed democratic government, Nayib uses authoritarian methods to rule. This may be demonstrated in his brutal coup of the El Salvadorian Legislative Assembly by dispatching armed soldiers to force the passage of a measure. He also oversaw the deposition of many Supreme Court judges and the Attorney General of El Salvador, both of whom were critics of his administration.

Also see: Best books on self development and assessment

Age at the moment; 41 years old 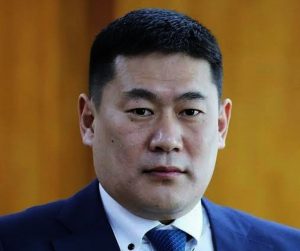 How old is the youngest president in the world

Mongolian politician Oyun-Erdene Luvsannamsrai was elected Prime Minister of Mongolia on January 27, 2021. Oyun-Erdene, Mongolia’s leader, was born in Ulaanbaatar, the capital, but grew up in Berkh, Khentii. He is well-known for adopting his grandfather’s surname, Luvsannamsrai. Luvsannamsrai, Oyun-grandpa, Erdene’s was a well-known Buddhist abbot.

The 41-year-old politician was twice elected to the State Great Khural Parliament before becoming Prime Minister in 2016. He was also a Minister of the Government of Mongolia’s Cabinet Secretariat from 2 February 2019 to 21 January 2021, when he rose to the country’s highest rank.

Age at the moment; 41 years old 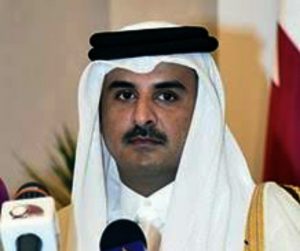 Sheikh Tamim bin Hamad Al Thani, the current Emir of Qatar, is the fourth son of the former Emir, Hamad bin Khalifa. Since his father abdicated the throne in 2013, he has been the monarch of Qatar. As fate would have it, Tamim’s older brother, Sheikh Jassim, openly abandoned his claim to the throne in 2003.

Since then, Tamim had been the heir apparent, and he finally became the Emir as a result of this. The 41-year-old Monarch is best known for his purchase of the legendary French football club Paris Saint-Germain F.C., as well as his ongoing efforts to boost Qatar’s international profile by organizing sporting events.
Because of his strict administration style, Emir Tamim is seen as an authoritarian.

Upon his ascent, the youthful Emir strengthened press restrictions and the regulations that govern the media.This was demonstrated in his 2016 decision to suspend Doha News when the news organization published negative coverage of his administration.

Recommended: Best Countries to go for your masters degree

Age at the moment; 44 years old 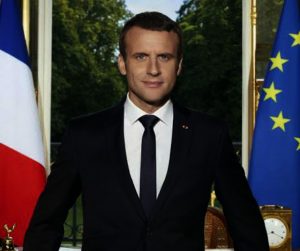 Pictures of the youngest and oldest president in the world

Emmanuel Macron is one of the world’s most youthful presidents. He was inaugurated as President of France and ex officio Co-Prince of Andorra on May 14, 2017. He is France’s fifth Republic’s eighth President. On April 6, 2016, he created the movement “En Marche!” and served as its leader until his election victory on May 7, 2017.

He studied philosophy at Paris Nanterre University, earned a Master’s in Public Affairs at Sciences Po, and graduated from the École Nationale d’Administration (ENA) in 2004. He worked at the Inspectorate General of Finances (IGF) as a financial inspector before joining Rothschild & Cie Banque as an investment banker. He was appointed as the Republic’s Deputy General Secretary in 2012. From August 2014 to August 2016, he was the Minister of Economy, Industry, and Digital Affairs.

Recommended: How To Argue Like a Lawyer: 9 Tips to Think & Win Arguments

World leaders are usually stated to be in their 40s at the very least. But many of them are beyond 60 or 70 years old. It’s simple to see why because being in a position of authority involves a great deal of expertise and hard work. However, we frequently observe that the youngest presidents ascend to the presidency far more quickly than their elders. A list of some of the world’s youngest presidents and leaders is provided above in this article.