Home » Scholarly Articles » Lessons From The Story Of Samson And Delilah: Top 10

Lessons From The Story Of Samson And Delilah: Top 10 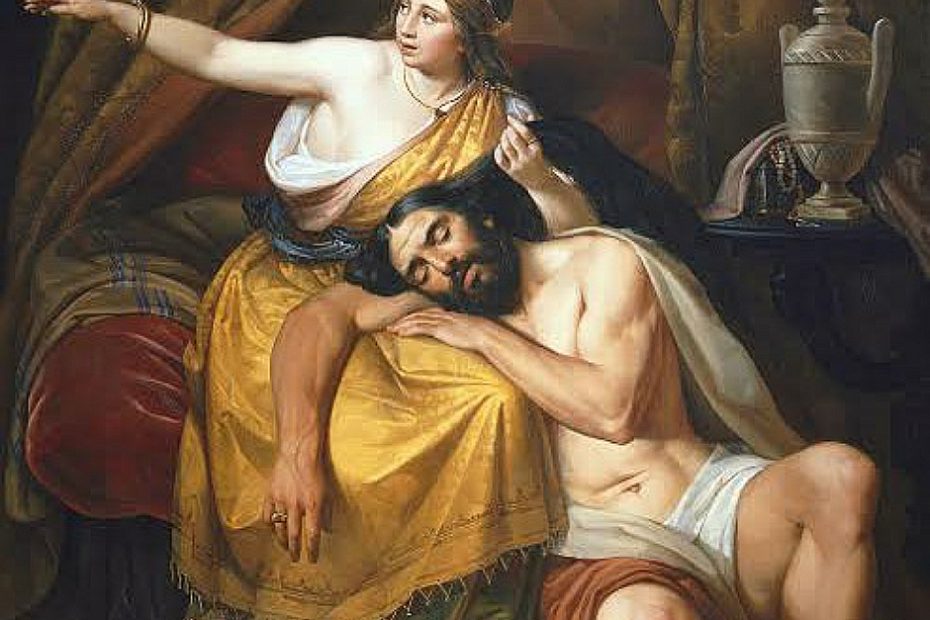 Lessons from the story of samson and delilah: Man can be said to be gregarious, political and religious. Amongst these concepts, man has great attachment. Man is known to be a living being that belies in supernatural powers, creatures and general mystical ideologies. The existence of an abstract world has been a cause of philosophical thoughts, debates and theories like metaphysical, spiritism, mysticism and many others. One intriguing part of these philosophical thoughts and responses seem to be the fact or case of being inconclusive. Inconclusive in this instance refers to the inability to find a definite theory that explains all the mysteries and gain general acceptance.

We have many religious ideologies and factions in existence from the inception of man. These ideologies has undergone series of evolution and seaming criticism. Amongst the many religious ideologies and beliefs in existence are the two dominant ones which are the Christian and the muslim religion. These two religion are the most popular around the world with millions of followers and worshipers alike. The muslim or Islamic religion believes so much in the doctrines and teachings of prophet muhammad who they consider as their spiritual father and pioneer of the religion. They believe in the sacredness of the holy quran which is a collection of teachings by the holy prophet. 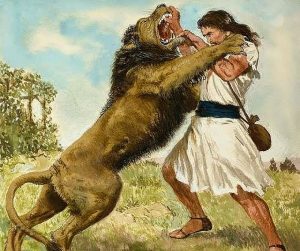 Life-Changing Lessons from the Story of Samson and Delilah

Recommended: How to know Gods Plan for your life

The holy quran is an embodiment of Islamic values and principles. The Christianity as a religion is equally dominated by followers and worshipers alike who are referred to as Christians (believed and explained to mean; Christ-like or being or acting like Christ). Christianity is a religion that is universal and has it’s root and doctrines in strom moral values and standards. Christ who is known as Jesus is the sepreme God Christians believe and worship. He is divine and spiritual. The holy Bible is a collection of the Christian doctrines and practices which are the sacred teachings of Christ as had been carefully collected, articulated and written down or produced in various forms. 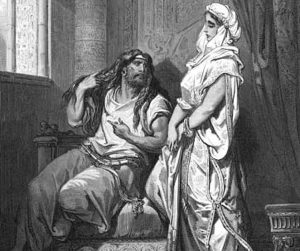 Interesting facts about Samson in the Bible

The Bible, as we know it to be, is a set of sacred religious texts also known as scriptures. The Bible is a sacred text in Christianity which originally emanated from Judaism, Samaritanism, and many others. Originally written in Hebrew and some other languages like, Aramaic, Koine Greek, the Bible remains an anthology or can be said to be a compilation of sacred texts that can be found in variety of forms.

Recommended: Oldest Religions in the world 2022

The Bible, as already mentioned, consists of series of sacred tests, these sacred texts include instructions, prophecies and prophetic declarations, stories, poetry, prayers, chastisement and many others which could easily be categorized into genres. Note that the set of materials that are considered acceptable and as part of the Bible by a particular religious followers or community can be referred to as a biblical canon.

Believers (Christians) who believe in the Biblical texts and writings, generally, are known to consider it as being a product or manifestation of divine inspiration, that is, having been instigated and directed by some spiritual ordination and guidance. This common belief amongst the believers of the Bible has been known to stem from the understanding of what is written in the Bible while interpreting the texts. When we consider the bible as a religious text, we are meant to understand that the Bible, based on the origin and growth, as set of religious texts were compiled or put together by different religious communities. 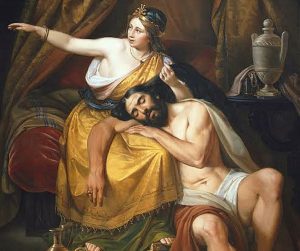 What is the moral lesson in the story of Samson and Delilah?

The Bible can now be found in various official collections. It is believed that the earliest collection contained the first five books of the Bible which is called the Torah in Hebrew language and the Pentateuch (meaning five books) in Greek language. There was also the second collection. This second oldest part was considered a collection of historic narratives as well as prophecies which is called; the Nevi’im. Then there was the third collection known as the Ketuvim containing the psalms, the proverbs, and the narrative histories.

Amongst the many narrative histories and stories contained in the holy book (Bible) is the story of Samson and the wives he married but notably, the woman who was believed to have caused his ruin. Her name was Delilah from Sorel, a town between Israel and Philistine. The story is recorded in the book of Judges chapter 16 from verse 1. However, Samson’s marriage to Delilah was recorded from verse 4.

It happened that Samson was an Israelite gifted with strength. He was not supposed to marry a foreigner but he did so in disobedience and married Delilah who tried hard to search out  the source of his strength and led to his defeat and consequent demise in the hands of the Philistines. The story is one of historical origin and throws more light on the lingering dispute between the Israelites and the Philistines. It shows the strength of God and that of man and the fact that God can turn or use man as instrumental to his manifestation. 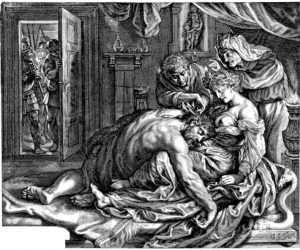 What we can all learn from the biblical story of Samson

Based on the story (not entirely on the summary given above) we will consider some of the lessons that could be derived from the story.

10 Lessons from the story of samson and delilah

1. Trust: It is hard to gain trust. Trust is hard to come by and trust can be exploited both positively and negatively. Samson reposed his trust in the woman he married but it was used against him because, the woman had come with a different agenda and command from a different faction.

2. Strength: The story of Samson shows the beauty of strength and power from God. Samson was an embodiment of strength and that was one of the strong force that kept the Philistines back from attacking the Israelites until his defeat.

Powerful and Vital Lessons from the Life of Samson

3. Obedience: There are times when simple obedience would be the only and easiest way to avoid every undoings that might result or stem up. It is always good to be obedient because, Samson disobeyed the instruction if not marrying a foreigner and it resulted in great disaster.

4. Love: The story exposes the strength of love and the extent at which one might go to express it. Samson had let his guard down for love and it cost him his life.

5. Sin: One of the things the story of Samson teaches is that, when one commits a sin as disobedience,. There are consequences that follows which in most cases are destructive. The sin of disobedience by Samson led to the sudden defeat of his people and the lost of his own life in the hands of the Philistines.

6. Caution: It is important to thread with caution especially when there’s need to be. Feigning indifference about reality and facts can be very detrimental. Samson had shown great indifference about the state of affairs between the Israelites when he decided to take a foreign wife without being cautious about the consequences.

7. Loyalty: Loyalty is staying true to the cause of what you believe and stand for. It is what you fight for and remain with in whatever situation. The story here trashed how Samson’s marriage brought about betrayal and disloyalty wand consequently, the sudden defeat of the Israelites.

8. Morality: As recorded in the bible (the book of Judges 16) Samson had three wives harlots were amongst them. This was completely a deviation from the commandments of God as it is not their way to marry indiscriminately and get attached to immoral behaviors. It is always advised to maintain high moral standards.

9. Faith: Faith is one of the strong pillers of Christianity and was showcased by Samson while in captivity. He had faith in God and he was able to live out his time and fulfilled his heart desire.

10. Repentance: Samson showed the importance and power of true repentance when he repented of himself and his deeds and regained his strength.

In conclusion, the story of Samson, just like many other amazing Biblical stories, is one that has great teachings and lessons to learn from. It exposes the state of affairs between the ancient tribe of Israel and their consistent war with their neighboring countries and how God kept defending his people using men of valor. It also exploses the importance of respecting and abiding by instructions. There are so much to learn from the story.