Home » Scholarly Articles » Most Powerful Women In The World 2023 (With Pictures): Top 12 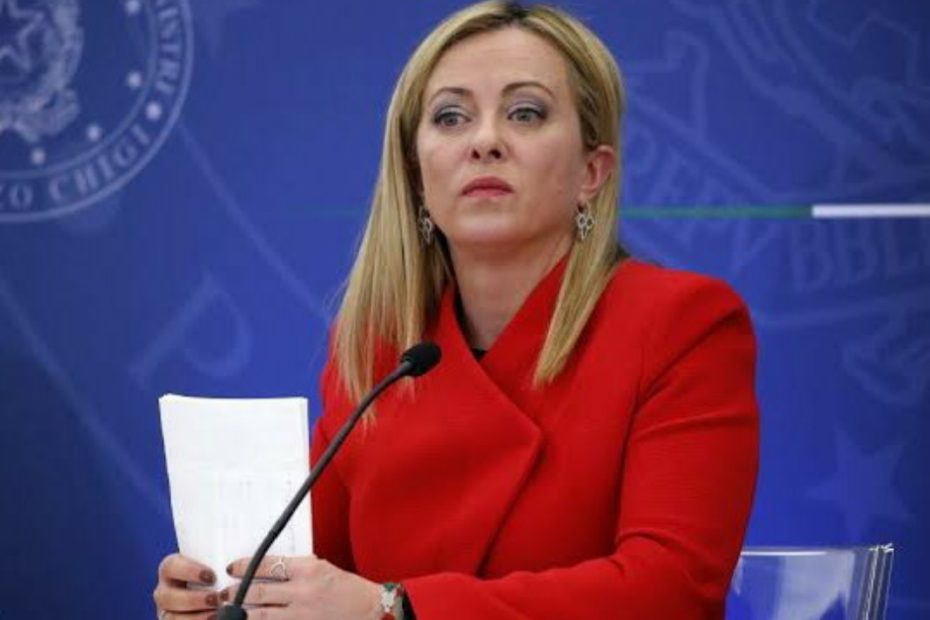 Most Powerful Women In The World 2023: Human existence and Social interactions has brought about some structural formations in line with societal relevance and benefits. The need and quest for survival has brought about rife and competition (both healthy and unhealthy competitions). The presence of competition explains the scarcity of resources and the quest to climb the ladder of success and assume control over the management and distribution of the available resources. This has also led to the introduction of hierarchy, social classification and the rest. There are over a billion people in the world but only few occupy the place of wealth and affluence.

The acquisition of wealth and affluence culminates into power. Power is the strength or wherewithal, the command or force that a person has or possessed by a group of people or a legal entity to act and carry out certain functions based on laid down rules and regulations or acceptable standards or even based on their own discretion. In the same vein, Power can also be a legal, political, economic and social authority, right or capacity possessed by an individual, a group or organization which enable them act in a certain way and effect certain phenomenon in Private and public domain.

Power can be said to be physical, mental, political, Economic, social, military and technological. In a succinct exposition, physical powers could be said to be powers based on individual strength gained as a result of the person’s biological and physiological make-ups. Physical powers could be accessed based on individual appearance and are mostly limited. Mental power is on the other hand a kind of power that has to do with a person’s intelligence. In this case, the person is endowed with special and unique thinking faculty and response abilities. There is then the political power.

Political power is a type of power that is acquired through nomination, election, selection or other political processes. We then have the Economic power that has to do with the acquisition of wealth and and assets. It is usually measured by the degree of money, investments and assets possessed by a person, group, State or organization. There is the social power that bothers on the social relevance acquired by a person following some humanitarian services rendered by the person. It could also be referred to as the level of respect and influence a person or group commands in the eyes of the public. Such powers are usually considered as social relevance.

Power is not gender selective however, based on social constructs, some form of powers are believed to befit a certain gender. The advent of civilization and gender empowerment has seen the advancement of women in different ways and in different occupation across the world. Now we could see, hear and talk about women in top government positions. Most of them has also been seen to be captains of industries and heads of multinational corporations. In this article, we will be looking at some of the women in high profile positions and considered powerful.

Top 12 Most Successful And Powerful Women In The World 2023

1. MACKENZIE SCOTT: The American philanthropist and former wife of Jeff Bezos was born on April 7, 1970. She is a novelist and known for her involvement in Amazon. She’s been known to hold about four percent stake in Amazon founded by Jeff Bezos. As at 2021, she was also estimated to worth about 37.6 Billion dollars. She remains the third-wealthiest woman in America and one of the richest in the world. 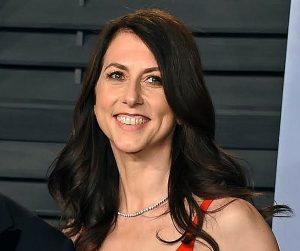 Most powerful women in Africa

Following her robust financial status and social influence, in 2020 she was named one of the 100 most influential people in the world according to Times and subsequently, she was listed by Forbes as one of the most powerful women in the world in 2021.

2. KAMALA HARRIS: Kamala Devi Harris was born on the 20th of October 1964 and is an American. Being one of the most influential politician in America and an attorney, she is currently the 49th vice president of the United States of America under the Joe Biden administration. 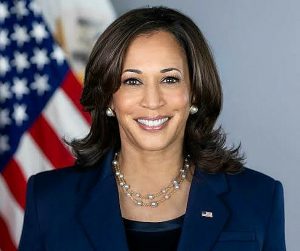 Most Powerful Women of the Past Century

Climbing the ladder of success and social relevance, she has successfully attained the position as the first female vice president of America making her the highest-ranking female official in the United States and the second most powerful person in the world. As a result of her biological ties, she is currently the first African American and also the first Asian American vice president in the history of U.S. She has earned the position as one of the most powerful women in the world.

Also see: Richest Actresses in Nigeria And Their net worth

3. CHRISTINE LAGARDE: The French lawyer and politician, Christine Madeleine Odette Lagarde was born on the 1st day of January, 1956. Christine had previously served as the Chairperson and Managing Director of the International Monetary Fund (IMF) from 2011 to 2019 when she assumed the position as President of the European Central Bank (ECB). 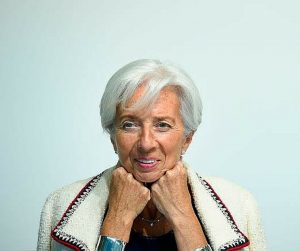 The most powerful women on the planet revealed by Forbes

She remains the first woman to occupy the position as minister of Economy, finance and industry between 2007 and 2011. She had occupied similar positions as one time minister of foreign trade as well as Minister of Agriculture and Fishery between May and June 2007. 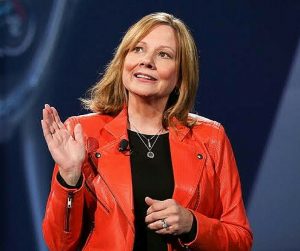 She was born in 2061 and has since climbed the ladder of Social relevance as a renowned American businesswoman. She is successful and has been considered as one of the most powerful women in the world by Forbes.

Also see: Most Powerful Presidents In the world

5. MELINDA FRENCH GATES: The American philanthropist and Former General Manager at one of the biggest tech companies in the world (Microsoft), Melinda French Gates has been considered as one of the most powerful women in the world by Forbes over the years. She was born on August 15th, 1964. 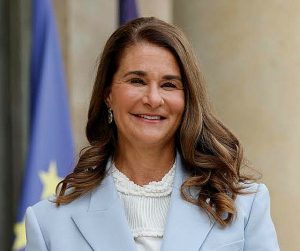 Most powerful women in history

The former wife of the owner and founder of Microsoft had co-founded Bill & Melinda Gates Foundation in 2000 which is one of the world largest private organization that focuses on charity as at the year 2015. Though divorced from Bill Gates, she remains co- chair of the Bill & Melinda Gates. With her enormous wealth, affluence and popularity, she remains one of the most powerful women in the world.

6. ABIGAIL JOHNSON: The granddaughter of the late founder of Fidelity investments, Abigail Pierrepont Johnson was born on the 19th of December 1961. She grew to become the billionaire American businesswoman, she has been the president and chief executive officer of Fidelity Investments, an investment firm based in the United States. 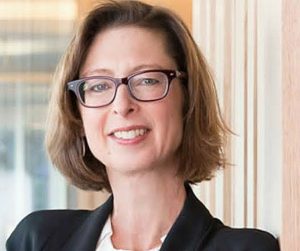 Most Powerful Women In The World

With about 24 percent stake owned by Johnson and was named chair and remained CEO and president of the company in 2016 with an estimated net worth of about 22.6 billion dollars. “The Richest Person In America’s 50 Largest Cities” according to Forbes as at 2016 was ranked as the sixth most powerful woman and the richest in Massachusetts as at 2020. She is one of the most powerful women in the world as well. 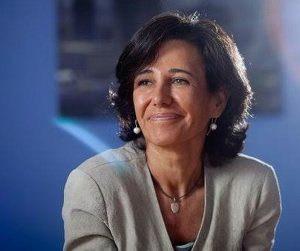 Powerful Women in the World

8. URSULA VON DER LEYEN: The former minister of defense from 2013 to 2019 is the first woman to hold the office as German defense minister, Ursula Gertrud von der Leyen a German politician have served in the German Government between 2005 and 2019. 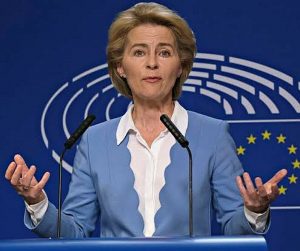 She also the prestigious position as the President of the European Commission, an office she has been occupying since 2019. She is considered one of the most powerful women in the world by Forbes.

Also see: Most Beautiful Birds In the World (With Pictures)

9. TSAI ING-WEN: Tsai Ing-wen is a one-time incumbent president of the Republic of China (Taiwan) and current president after winning the presidential election in 2016 and was re-elected in 2020. She was born on the 31st of August 1956. 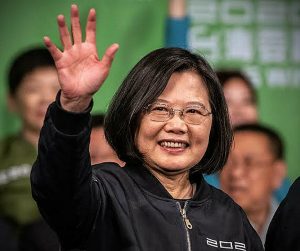 Who is the Most Powerful women in the world 2022?

Tsai Ing-wen is a member of the Democratic Progressive Party in Taiwan making her not just an academician but also a profound Taiwanese politician who has emerged as the first female President of Taiwan. She had also served as Minister of the Mainland Affairs Council before being elected as president. She is considered as the 9th most powerful woman in the world by Forbes.

10. JULIE SWEET: Julie Terese Sweet is a 55 year old American born business woman. She was born around 1966. The business executive and attorney is chair and chief executive officer (CEO) of a multinational Company that provides professional services. 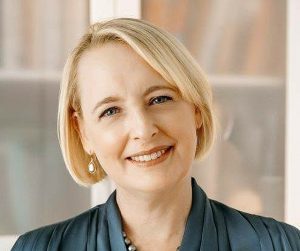 Successful women in the world currently

The CEO of Accenture gained prominence and has been considered by the New York Times and Fortune as one of the most powerful women in corporate America.

11. Jane Fraser: Jane Fraser, an alumnus of the prestigious Harvard Business School and Girton College, Cambridge, born on 13th July, 1967, is the current Chief Executive Officer of Citigroup, a global investment bank in America which serves in over160 countries. Citigroup is a very major bank in the United States. 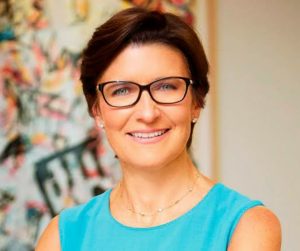 Jane Fraser became the first woman to be at the topmost position as the Chief Executive Officer of the bank. She formerly worked with McKinsey & Company where she attained a ranked as partner, before she joined Citigroup. Fortune in 2012 named her on the list of the Powerful Women in Business. She has also been named by American Banker as the no. 1 Woman to Watch.

12. Giorgia Meloni: Giorgia Meloni is a renowned Italian politician. She is the first woman to become the Prime Minister of Italy; an office which she assumed on 22nd October, 2022. She is equally the president of the European Conservatives and Reformists Party, a position which she has held since 2020. She has been the president of Brothers of Italy since 2014. 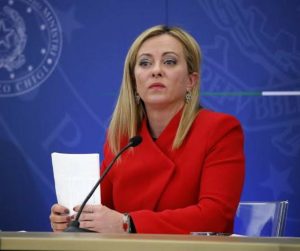 Famous women in the world

Her political relevance earned her the youngest vice president of national Alliance. At 31, she became the minister for Youth. Asides the current positions she holds, Giorgia Meloni has held numerous other political positions in the past. Her relevance in Italian politics is applausive.  According to Forbes’ list in 2022, Giorgia Meloni was the number 7 most powerful woman in the world.

Also see: Most Dangerous Animals in the world 2023

In conclusion, The Effects and importance of power is that, it places the wielder in an advantageous position and above his or her contemporaries and more so, according more respect and importance to their decisions. Among the various kinds of power mentioned and explained, the most popular ones are political, Economic, Social and technological powers.