Oldest Churches in the World (With Pictures): Top 10 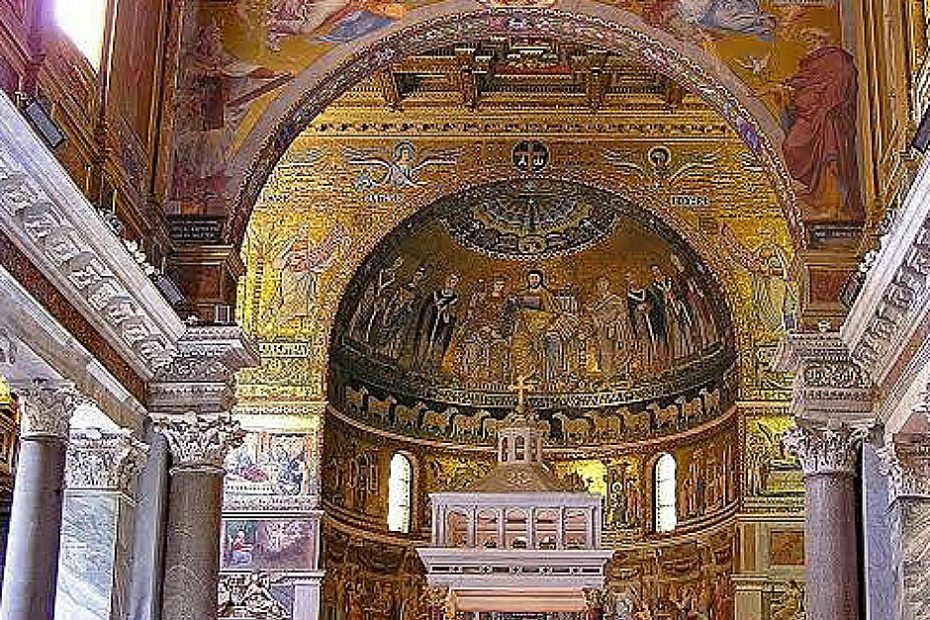 Oldest Churches In The World: Churches are the various places where religions activities take place regardless of the religious denomination. There are numerous churches in existence in the today. Some of these churches have been in existence from time immemorial although within a quantifiable period of time. They have indeed stood the test of time, although a good number of them have had their structures revamped or even destroyed.

Below is a highlight of the oldest churches in the world

Recommended: Oldest presidents in the world 2022

Top 10 Oldest Churches in the World (With Pictures)

1. Church of the Nativity: Church of the Nativity is also known as the Basilica of the Nativity. The Church was built and commissioned by Emperor Constantine, the then Christian Roman Emperor at about AD 330. The church has its location in Bethlehem, West Bank in Palestine. The grotto in the church is very symbolic to Christians as it is believed to be the place where the Blessed Virgin Mary gave birth to Jesus. The narrative and the church is affiliated with the Roman Catholic Church, Greek Orthodox Church, Armenian Apostle Church and Syriac Orthodox rites. 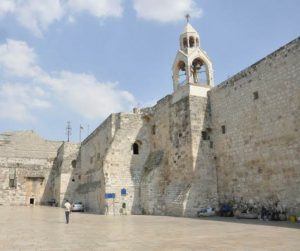 History of churches in the world

Since after the church was built and commissioned it had undergone several reconstruction and expansion. The church arena comprises the Roman Catholic, Armenian Apostolic and Greek Orthodox monasteries. UNESCO has listed Church of the Nativity as a one of historic and cultural significance. The grotto in the Church of Nativity is considered the oldest site of worship for Christians.

2. St. Peter’s Basilica: St. Peter’s Basilica is a fourth century building built originally by the order of the Roman Emperor, Constantine the Great. St Peters Basilica was built in memorial of Saint Peter the Apostle who was the Bishop of Antioch and the first pope of the Catholic Church. 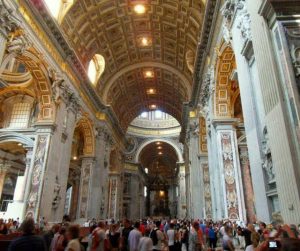 When was the first church built

The original building of St. Peters basilica was built between 326 and 333. It is considered the oldest building in Vatican City as well as the largest church in the world. The building was started by Pope Julius II within the period of 1506-1626 and was consecrated on 18th November, 1626. St Peter’s Basilica holds very revered status in the Roman Catholic Church, being a major basilica for the pope who is the one and only head of Catholic Church all over the world.

The building is a one of renaissance and baroque style designed majorly by Donato Bramante, Gian Lorenzo Beenini, Carlo Moderno and Michelangelo. St. Peter’s Basilica records as historical and cultural significance in the church and in politics and it has long been an attraction for pilgrimage.

3. Etchmiadzin Cathedral: Etchmiadzin Cathedral is the oldest cathedral in ancient Armenia and in the whole world. It is the cathedral of the Armenian Apostolic church and as such, the mother Church of the religious denomination.The church is located in Vagharshapat, Armavir Province, Armenia. It was originally founded by Gregory the Illuminator who was the first head of the Armenian Apostolic church. 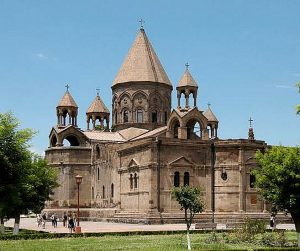 The Church, was originally built within the period of 301 and 303, following the conversion from paganism and adoption of Christianity in the state by the then King Tiridates II. The cathedral later suffered destruction caused by the invasion of the Persians in the 360s which was championed by King Shapur II.

Afterwards, the church building got partially reconstructed. The Etchmiadzin Cathedral has recorded series of political and cultural events and several renovations since it was built.

4. Trier Cathedral: Trier Cathedral is a church of the Roman Catholic denomination and the oldest church in Germany. The Church building of Renaissance, Romanesque, Gothic and Baroque architectural styles was designed by Gottfried Böhm, Nikolaus Rosiny and Johann Georg Judas. 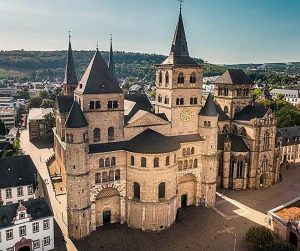 What are the World’s Oldest Churches

The building is the largest church building in Trier. Trier Cathedral is located in Trier, Rhineland-Palatinate, Germany. The church’s first building was built in c.270 while the current building was built within the period of 1235 to 1270. Even prior to the current building, the church building had been ruined, dilapidated, destroyed and rebuilt a number of times. Trier Cathedral is still operational till today.

5. Dura-Europos House Church: Durn-Europos Church is one of the earliest Christian churches. The Church building is said to have been on a private house that was later converted to church, hence its being reffered to as house church. 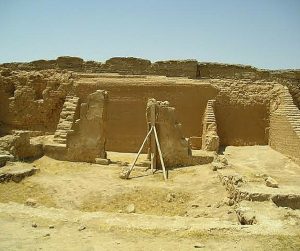 Top 10 Oldest Church in the World

The church has its location in Dura Europos, Syria. It was built sometime in the 233 AD. The church however is believed to have been destroyed after its location was invaded during the Syrian Civil War.

6. Church of the Holy Sepulchre: Church of the Holy Sepulchre is a historic church in the City of Jerusalem. It has its location in Christian Quarter, Jerusalem. The Church is a basilica founded by Constantine the Great. Church of Sepulchre is affiliated with Christianity; Catholic, Armenian orthodox, Greek Orthodox, Ethiopian Orthodox Coptic Orthodox and Syriac Orthodox. The building’s architectural styles are Baroque, Romanesque and Paleochristian. 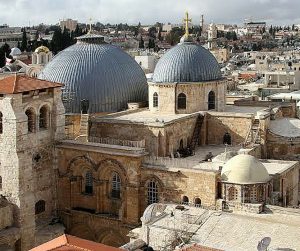 The construction of the church building began in c.AD 326 and was completed in AD 335. It afterwards underwent destruction in 1009 and was rebuilt in 1048. This Church of the Holy Sepulchre is very symbolic to the life of Christians as it is believed to have the sites where the crucifixion of Jesus Christ took place (Golgotha) as well as the tomb of Jesus Christ and where he resurrected. The church is a multi-denominational one being shared by the Christian denominations in affiliation.

Owing to the significant event of the death, burial and resurrection of Christ associable to this Holy Church of Sepulchre, it is one of the greatest attractions to pilgrimage.

Also see: Advantages and Disadvantages of Being Famous and Popular 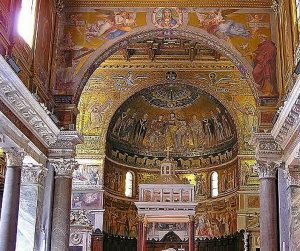 How old is the oldest church in the world

The structure was as a church in Romanesque architectural style built by Carlo Fontana. The building of the church began in the 3rd Century and was completed at about 340. The church building had undergone several renovations and expansion by various administrations since after its completion.

8. Hagia Sophia: Hagia Sophia is another on the list of the oldest churches in the world. The mosque is located in Fatih, Istanbul, Turkey. The building was designed by Isidore of Miletus and Anthemius of Tralles. Its Construction began in the year 360 and was completed in the year 537. The church was dedicated to the Holy Wisdom which refers to Jesus Christ, the second person of the trinity. 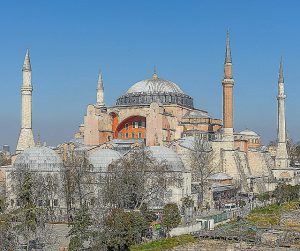 The church is a part of the historic areas of Istanbul. The church was formerly known as the Church of the Holy wisdom. It was the then Roman emperor, Justinian the first who built the church as a christian church. The church was later converted to a mosque. After it was converted to mosque, the symbols and structures depicting christianity and its Supreme Being were removed and replaced accordingly.

The building later in 1934 ceased to serve as a mosque and became a museum. It was in fact ranked the most visited for tourism in 2015 and 2019. As at the year 2020, the building had been redesignated as a mosque.

Recommended: Most Protected People In The World 2022

9. Megiddo: Megiddo Is one of the oldest churches in Israel and in the world, having been discovered by archeologists through the remains even after the building was long gone. It was a church of the 3rd Century AD.

The destruction of the church building is traceable to the christian persecution suffered by the Palestine in the hands of the Roman Empire.

10. Aqaba Church: Aquaba Church is believed to be the oldest church in the world. It is located in Aqaba, Jordan. Although the Church building is no more, it was discovered by archeologists. The existence of the church was about the period of 293 and 303.

Recommended: Countries With The Best Government In The World 2022

The significant fact about these earliest churches is that they have become an attraction for tourism, both those that are still standing or in operation and those already destroyed. They have become a significant part of the historical and cultural experience.