Home » Fashion Updates and Trends » Richest Actors In Nigeria and their Networth 2022: Top 10

Richest Actors In Nigeria and their Networth 2022: Top 10 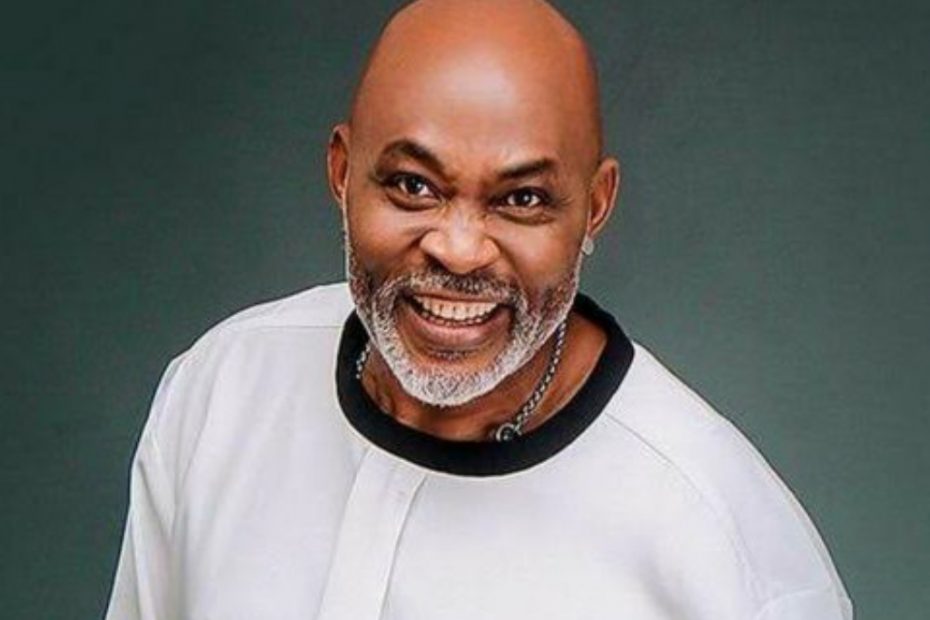 Richest Actors In Nigeria: The Nigerian film industry, sometimes known as Nollywood, is the world’s third largest in terms of film output and gross net worth, with Nigerian actors playing key roles. It is also the country’s third-largest film business in terms of income creation, having created employment and given financial independence to creative individuals since 2013.

Nollywood has produced a slew of outstanding performers who have successfully represented Nigeria across the world. Most of these actors have also worked in the international film industry, such as Hollywood, and have amassed large sums of money. In this post, I’ll tell you about the top ten richest actors in Nigeria in 2022, as well as their net worth.

Recommended: Most Famous People in the World Currently

1. Kanayo O Kanayo – $5 million: Anayo Modestus Onyekwere, also widely recognized as Kanayo O Kanayo, is a prominent Nollywood actor. He was born in Mbaise, Imo State, on March1, 1962. He was named Best Actor in a Leading Role at the African Movie Academy Awards in 2006. 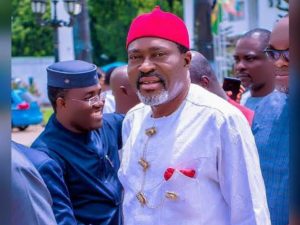 2. John Okafor – $5.3 million: Mr Ibu, a veteran Nollywood actor from Enugu State, is also known as John Okafor. He is currently Nigeria’s funniest actor. Mr Ibu is a nickname he received from a film he starred in called “Mr Ibu,” which helped him gain fame and recognition. With a net worth of $5.3 million in 2022, John Okafor is the 9th richest actor in Nigeria. 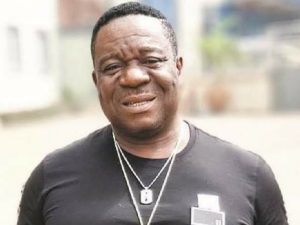 For more than two decades, he has worked in the Nigerian film business. He’s a fascinating and funny figure to watch at all times. His films are in constant demand. The well-known Nollywood comedian has appeared in almost 200 films. Acting, producing, brand endorsements, and his personal entrepreneur ventures are how he generates money.

Also see: How To Be a Good Conversationalist

3. Osita Iheme – $5.8 million: Paw-paw is the stage name of Osita Iheme, a veteran Nollywood actor from Imo State. He’s worked in the film industry for more than two decades. With a net worth of $5.8 million in 2022, Osita Iheme is the eighth richest actor in Nigeria. 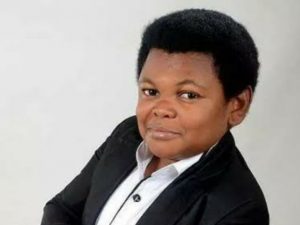 richest Nollywood actors and their net worth in 2022

He is from Imo State and has received several prizes and distinctions. Osita Iheme is a well-known personality in the entertainment world and is considered one of Nigeria’s highest-paid performers. Acting, producing, brand endorsements, and his personal entrepreneur ventures are how he generates money. He is a well-known GLO representative. 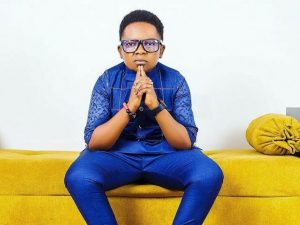 Who is the richest actor 2022 in Nigeria

After their breakthrough in the hit film Aki na Ukwa, he is best known for starring alongside Osita Iheme in most of his films. Acting, producing, brand endorsements, and his personal entrepreneur ventures are how he generates money. He is a well-known GLO representative. With a net worth of $6 million in 2022, Chinedu Ikedieze is the seventh richest actor in Nigeria.

5. Ramsey Nouah – $6.3 million: Ramsey Nouah, commonly known as Lover Boy, is a veteran Ondo State-based Nollywood actor. He’s worked in the film industry for more than two decades. He rose to prominence in the Nigerian film industry as a result of his parts in romance films. 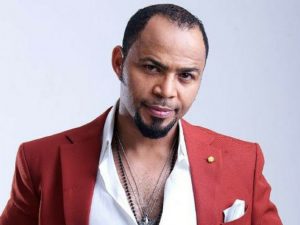 Ramsey Nouah is Nigeria’s 6th richest actor in 2022, with a net worth of $6.3 million. The famous actor was born on December 19, 1970, in Owo, Ondo State, to an Israeli father and a Yoruba mother. He has amassed so much cash as a result of his movie playing and directing that he is now one of Nigeria’s wealthiest actors. Acting, producing, brand promotion, and his personal entrepreneur ventures are how he generates money.

6. Chidi Mokeme – $6.8 million: Chidi Mokeme is a veteran Nollywood actor who also hosts a reality television show. Gulder Ultimate Search Reality Show was his show. He was born on March 17, 1972, in the Nigerian state of Anambra. Jean Olumba Mokeme is his current wife. He graduated from Enugu’s Institute of Management and Technology (IMT). Chidi Mokeme is Nigeria’s fifth richest actor in 2022, with a net worth of $6.8 million.

Chidi Mokeme began her acting career in 1995. He is also a TV host and a model in addition to performing. He has acted in films such as 76 and The Seed, among others. He became increasingly well-known after presenting two seasons of the Guilder Ultimate Search, a reality television show.

7. Richard Mofe Damijo – $7 million: RMD, or Richard Mofe Damijo, is a veteran Nollywood actor from Delta state. For more than two decades, he has worked in the Nigerian film business. He has received several honors and medals. With a net worth of $7 million in 2022, RMD is the fourth richest actor in Nigeria. He’s a gentleman who plays in his own league. RMD is a politician and actor from Nigeria. 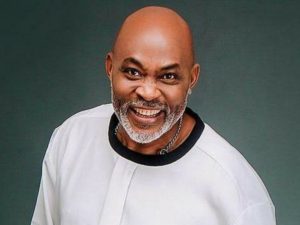 He entered politics a few years ago and was appointed by Delta State Governor as commissioner of culture and tourism. Currently, he serves as the GLO brand ambassador. Acting, producing, brand sponsorship, politics, and his personal entrepreneur ventures are all ways for RMD to generate money.

8. Zubby Michael – $7.5 million: Zubby Michael, popularly known as Eze Ndiala or Doings, is a well-known Nigerian actor and producer. He is recognized for his portrayals as a crook, a villain, and a hit guy in films. With a net worth of $7.5 million in 2022, Zubby Michael is the third richest actor in Nigeria. He was born on February 1, 1985, in Yola, Adamawa State, Nigeria’s northern region. He is 37 years old right now. 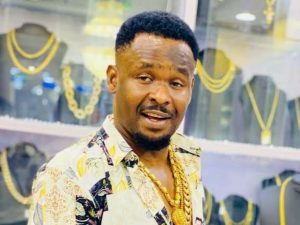 Is Zubby Michael the richest actor in Nigeria

Zubby Michael was born in Ozubulu, Anambra State’s Okwusigo Local Government Area, in the south-eastern region of the country, but grew up in Yola, Adamawa State, in the north. He is well-known for lavishly sprinkling cash at performances and gatherings. He’s known as Doings and can be spotted hanging around with Nigeria’s top guys. Acting, producing, brand promotion, and his personal entrepreneur ventures are how he generates money.

Also see: Countries That Make The Best Music In Africa

9. Desmond Elliot – $8.9 million: Desmond Elliot is a former Nollywood actor who is now a politician in Lagos. He is a representative of the Lagos State House of Assembly at this time. Desmond E lliot is the second richest actor in Nigeria in2022, with an average net worth of $8.9 million. 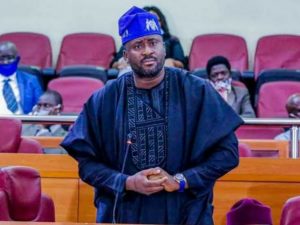 Desmond Elliot is a politician and actor from Nigeria. Desmond Elliot, who has been in the movie industry for a long time, has amassed a fortune that has made him among Nigeria’s wealthiest performers. He is married and has two children.

Desmond Elliot is an actor who has appeared in over 200 Nollywood films and is also a director and producer. Acting, producing, directing, brand sponsorship, politics, and his own entrepreneur ventures are all ways he generates money.

Also see: How To Write A Debate: 9 Steps

10. Jim Iyke – $10 million: Jim Iyke, real name James Ikechukwu Esomugha, hails from Anambra State. He is a renowned Nollywood actor who has worked in the profession for over 26 years. Jim Iyke is known in Nollywood as the bad guy. With a net worth of $10 million in 2022, he is the richest actor in Nigeria. Jim Iyke has worked in Nollywood (Nigeria’s film business) for almost two decades. 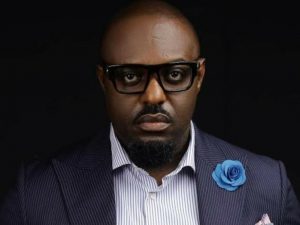 He has a long list of honors to his name. He is a well-known and effective actor. In the entertainment sector, Jim Iyke has progressed and flourished. Acting, directing, brand endorsements, and his personal entrepreneur ventures are how he generates money. With a net worth of $10 million, Jim Iyke is presently the wealthiest actor of Nigeria in 2022.

Recommended: Advantages And Disadvantages Of Studying in a Private University

Nollywood’s success may be attributed to its skilled filmmakers, scriptwriters, producers, directors, costume designers, make-up artists but most importantly, the actors. In Nigeria and across Africa, the profession has proven to be a goldmine for established and up-and-coming performers.