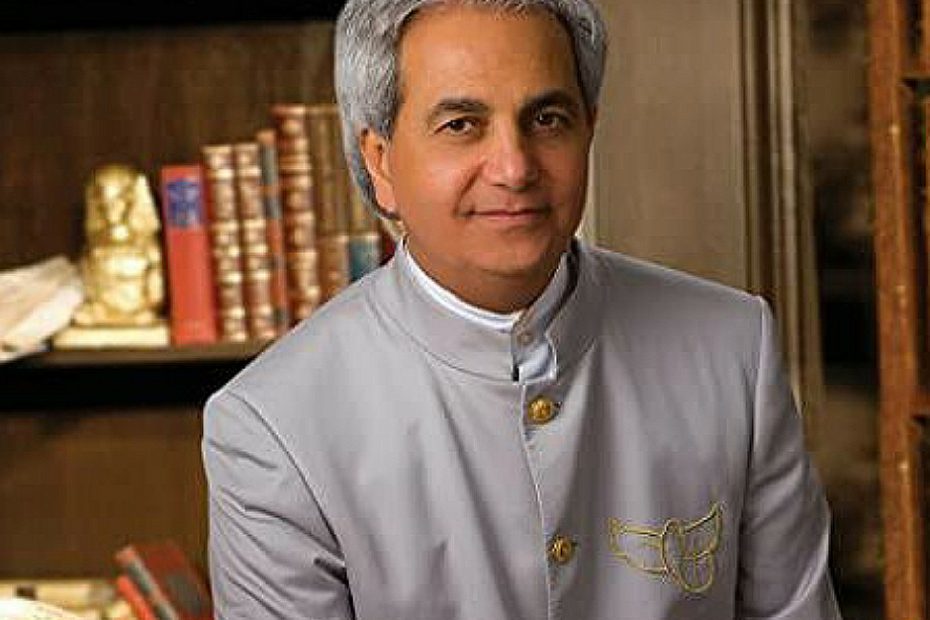 10 Richest Pastors in the World: With the influx of Churches everywhere around the world, the Pastoral ministry has become well established with lot’s of new Pastor’s and other Pastor’s who can boast of extreme wealth due to the income received through their Church Ministry, Population, Writing of Books, and other investments which makes them wealthy.

This Article is concerned with the latter set of Pastors as we examine the Richest Pastor’s in the World, their Networth, and Sources of income.

Recommended: Richest Footballers In the world 2022

Top 10 Wealthiest and Richest Pastors in The World 2022

In no particular order, the richest Pastor’s in the world are:

1. Bishop David Oyedepo: Bishop David Oyedepo is the founder and Senior Pastor of Living Faith Church aka Winners Chapel, which happens to be one of the biggest Churches in the World. His Church Winners Chapel was founded on the 2nd of May, 1981 in Kaduna Nigeria before it was relocated to Lagos Nigeria where it went on to become one of the biggest Church structures in the World. 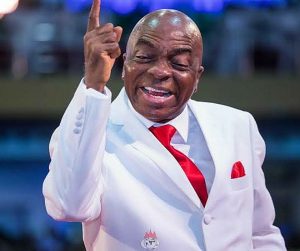 Richest Pastors in The World and Their Source of Wealth

Asides his Church Ministry, Bishop David Oyedepo has loads of investments. He has chains of schools; A Primary School named Kingdom Heritage Model School which currently has over 155 branches across various States. He also has a Secondary named Faith Academy which has over 40 branches across various States in Nigeria, and he is also the Chancellor and founder of two Universities in Nigeria, namely: Covenant University and Landmark University.

Apart these, Oyedepo also has some investments in Properties within and outside Nigeria, Shares in companies, amongst others. He currently has four private jets namely: A Bombardier Challenger, Grumman Gulfstream, Gulfstream Iv and Gulfstream v. Bishop David Oyedepo has a networth of $200 Million.

Recommended: Richest pastors in Africa and their net worth

2. Kenneth Copeland: Kenneth Copeland is an American Televangelist, Author and founder of Kenneth Copeland Ministries which commenced in 1967, and since then has been waxing strong with various branches across the globe and wide Church Membership and Outreach through his Television Channel, DVDs, CD’s, and books. 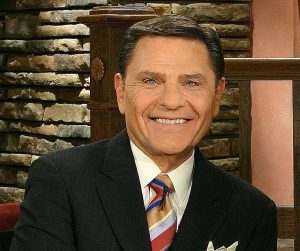 Richest and most Successful Pastors In the World

Kenneth Copeland has written a good number of fast selling books across the globe. Additionally, he has a good number of other investments and an incredible networth of $400 Million which makes the Richest Pastor in America and one of the richest in the World.

3. Pastor Joel Osteen: Joel Osteen is a Pastor, Author, Televangelist, and Preacher. He is the Presiding Pastor of Lakewood Church, a Church he inherited from his Father and since then he has expanded the Church to become one of the biggest Churches in Europe.

Richest Pastors In the World & Their Net Worth

Joel Osteen is also a popular Televangelist with his preaching being televised on various channels and getting a wide Outreach. His Television sermon usually gets over six (6) Million Viewers weekly and over twenty (20) Million Viewers monthly across numerous countries of the World.

Joel Osteen is also a Popular Author with a couple of his books well ranked amongst the Best sellers with a minimum of two Million sales, hence raking in a great income which also contributes to making him one of the Richest Pastors in the World with a networth of $100 Million. 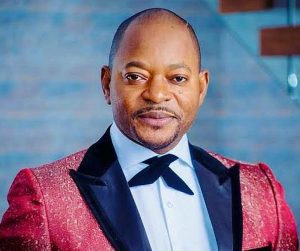 Forbes Richest Pastors in the World

Since it’s establishment, the Church has waxed strong particularly due to the ever increasing popularity of Pastor Alph Lukau for performing incredible miracles, healing all types of sickness, reportedly raising the dead, and being a controversial Pastor. The Church now has established branches at South Africa, Congo, Zambia, DR Congo, Angola, Namibia, amongst other countries.

Pastor Alph Lukau is an Author and a Televangelist, with his preaching being televised at AMI TV which has thousands of Viewers across Africa and Europe. Pastor Alph Lukau is believed by many to be the richest Pastor in the world, with an estimated networth of $500 Million which accrues from his Ministry, donations, investments, and some other undisclosed sources.

5. Pastor Enoch Adebayo: Pastor Enoch Adedare Adebayo popularly known as E.A. Adeboye is the General Overseer of Redeemed Christian Church of God, a title which has earned the nickname Daddy G.O. Daddy G.O has overseen the planting of over 40,000 branches of Redeemed Christian Church of God in over 100 Countries across the globe. 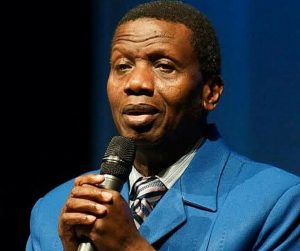 Who Is the Richest Pastor in the World?

Asides the Ministry, Daddy G.O is an Author with some books to his credit and popularly known the daily devotional ‘Open Heavens’ and he has a couple of others investments including but not limited to: Establishment of Schools, Real Estate, Shares, amongst others. Daddy G. O is one of the most respected Pastor’s in the World and he also doubles as one of the Richest with an estimated networth of $100 Million.

6. Pat Robertson: Pat Robertson doubles as a Politician, Entrepreneur, Writer, Business man, Environmentalist, Statesman, and most notably a Preacher and Televangelist. He was the host of the Christian News and TV Program named the 700 Club. He currently owns the Christian Broadcasting Network (CBN) Television Channel wherein his Preaching is televised to Thousands of Viewers across the globe. 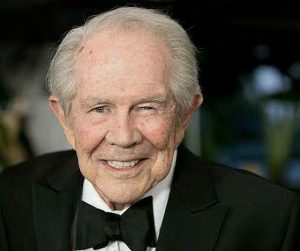 Who is the richest church in the world?

Pat Robertson has many other establishments such as International Fany Inc, Christian Coalition, CBN Asia, American Center for Law and Justice, and many more. In the same vein, he has a good number of investments such as Schools, Authoring Books, Investment groups, Business Ventures, Business services, and organization which provides him with multiple sources of income. Little wonder he is one of the Richest Pastor’s in the world with an estimated networth of $130 Million.

7. Shepherd Bushiri: Shepherd Bushiri is a Malawian Pastor and founder of Christian Non-democratic Charismatic Evangelical Church popularly known as Enlightened Christian Gathering based at Pretoria, South Africa and with branches in other African countries. 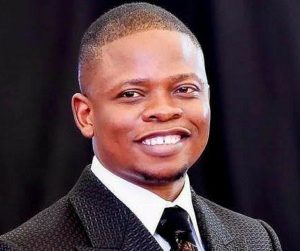 richest pastors in the world and their net worth

Asides his Active Ministry, he owns a Television Channel named Prophetic TV Channel, a Telecommunication Company which is the PSB Connect network in South Africa, Real Estate such as Lands, Hotels and a University named Shepherd Bushiri University.

Additionally, he runs a global Investment Company named Shepherd Bushiri Investments which specializes in Forex Trading, Real Estate, and Airline Industry. These are additional sources of income contributes to why Shepherd Bushiri is one of the richest Pastor’s in the World with an estimated of $130 Million.

Also see: Countries where education is totally free of charge

8. Pastor Chris Oyakhilome: Chris Oyakhilome is a Minister and founder of Christ Embassy also known as Love world Incorporated or Believers Loveworld founded in 1987. The church boasts of over 160 branches in Five continents, and the church has it’s own T.V Channel known as Loveworld Station and it is said to be the First Church to have it’s own Television decoder after it announced the Cloveworld IPTV Decoder. 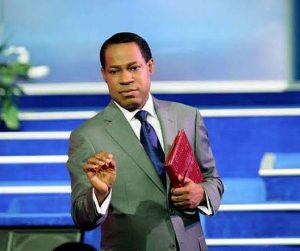 This long list of Ministerial Investments and other personal investments generate enough wealth for Pastor Chris Oyakhilome, making him one of the richest Pastors in the World with a networth of $110 Million.

9. Benny Hinn: Benny Hinn is an Author, Preacher, Televangelist, and Pastor of Benny Hinn Ministries which is a global Evangelist Ministry founded in 1983 with the mission to take the Gospel of Jesus Christ to every part of the World. 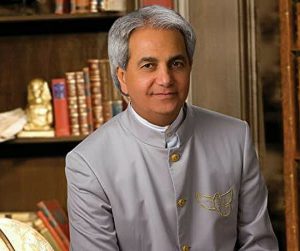 Richest Pastors in the World

Benny Hinn is well known for healing people and performing Miracles at his crusades usually held across the World. His Teachings are also broadcasted Virtually through the Trinity Broadcasting Network, INSP Network, Vision TV, Daystar Television Network, amongst others. Benny Hinn is also an Author who has written a good number of books. He has a networth of $60 Million which makes one of the Richest Pastor’s in the World.

10. Bishop TD Jakes: Bishop Thomas Dexter Jakes popularly known as T.D Jakes is an Author, Filmmaker, Singer, and influential Pastor of Potter’s House Church which is one of the largest Churches in the United States of America. 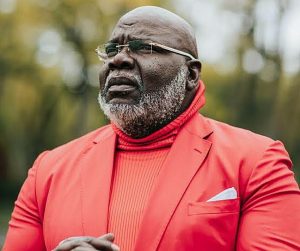 Richest Pastors In The World & Net Worth 2022 Forbes Ranking

T.D Jakes is popularly known for his books which are powerfully written with Wisdom, Clarity, and Practical Biblically based Principles. Hence, giving you a perfect blend of Motivational, Inspirational, and Spiritual book. This is why his books are one of the best sellers in the World.

Asides, his booming Ministry and best selling books, T.D Jakes is also a Film producer having films like ‘Winnie Mandela’ ‘Miracles from Heaven’ ‘Heaven is for Real’ under his berth.

T.D Jakes has a networth of $40 Million which deservedly earns him a spot on this list of Richest Pastors in the World.

Recommended: Countries with the Best Hackers in thr world 2022

In Conclusion, Indeed the Ministry of God is booming all over the World with Churches now everywhere and New Pastor’s everynow and then.. Pastor’s are relatively Rich and there are a good number of Pastor’s who are so wealthy, but for the purposes of this Article, we only considered the Wealthiest Pastor’s verified by Forbes, Celebrity Network, Wikipedia, and other Credible sources to determine their Networth and Sources of Income. I trust this Article was insightful? For more informative Articles stay glued to this blog.