Richest Women in Africa and their Networth 2022: Top 10 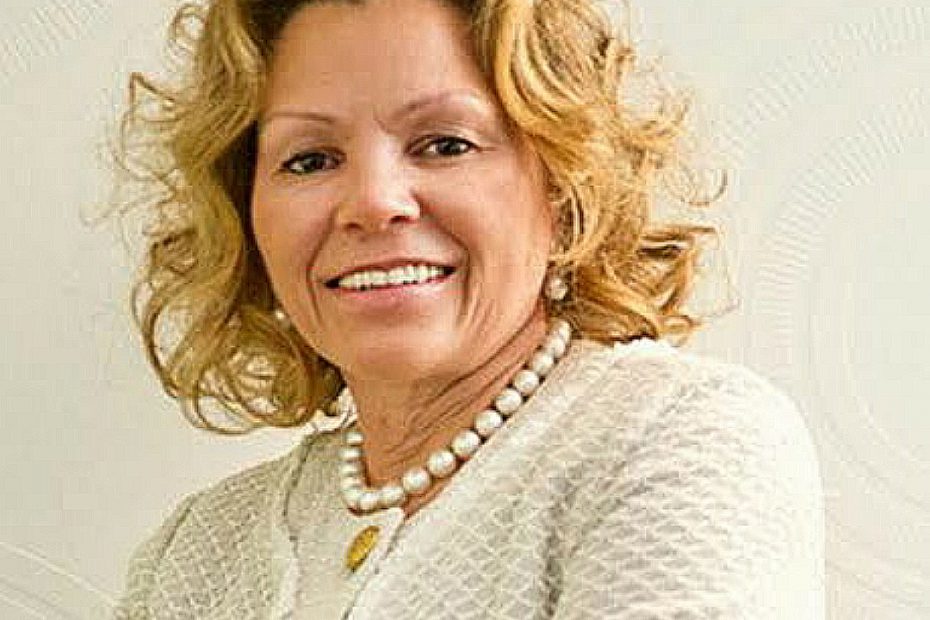 Top 10 Richest Women in Africa 2022: Women in Africa are frequently denied the freedom to express their experiences and thoughts, especially when contrasted to their counterparts in the West. African women, on the other hand, are beginning to feel independence and embrace the chance to become more entrepreneurial as a result of the influx of better educational levels.

There are ten women who have demonstrated their value by rising to the top of Africa’s wealthiest women and employing thousands of people via the enterprises and initiatives they run. In business, politics, the media, science, technology, and public life, these women are questioning the continent’s current state of things, creating footprints where none before existed. They are;

Recommended: Most Corrupt Countries in Africa and Why

1. Isabel Dos Santos – Net worth: $2.8 Billion: Isabel Dos Santos is Africa’s wealthiest lady. The 47-year-old is the oldest daughter of Angolan President José Eduardo dos Santos, who is extremely wealthy. She sits on the corporate boards of a number of firms in Angola and Portugal, along with a news company and significant Portuguese banks with oil and gemstone holdings. 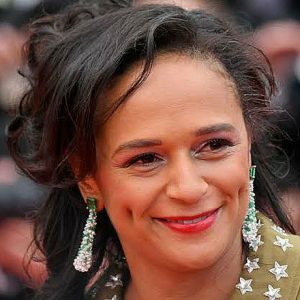 Richest Black Women in the World

She also has interests in Ciminvest, an Angolan cement firm, and Banco Africano de Investimentos. She owns more than 14% of Zon Multimedia, a Portuguese media giant. She also has significant holdings in the Portuguese banks Banco Esprito Santo and Banco Português de Investimento, as well as the energy company Energias de Portugal.

Her investments have enabled her to surpass the $1 billion mark, making her the first African woman to do so. According to Forbes, based on how business is handled in Angola with respect to the ruling party, there is no clear-cut evidence of how she got her money. Nothing can change the reality that Isabel Dos Santos is Africa’s wealthiest lady.

2. Folorunsho Alakija – Net worth: $1.54 Billion: Folorunso Alakija, 66, is a Nigerian billionaire and the second richest woman in Africa behind Dos Santos. The fashion icon and CEO of FAMFA Oil, a gas and oil exploration and production firm, is presently worth more than $600 million. 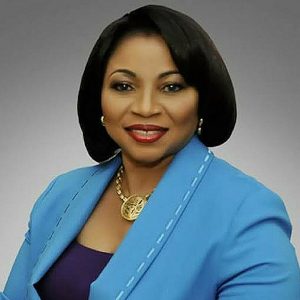 In the 1970s, she was secretary of the former International Merchant Bank of Nigeria, one of West Africa’s first financial institutions. She decided to study fashion design in the Uk before launching her Nigerian fashion label, Supreme Stitches, in 1985, and less than year, she had become the nation’s biggest designer.

3. Ngina Kenyatta – Net Worth $1 Billion: Ngina Kenyatta, sometimes referred to as Mama Ngina, is the widow of Kenya’s first president, Jomo Kenyatta, and among Africa’s wealthiest women. Though she has primarily undisclosed fortune, she cannot be overlooked in this list. 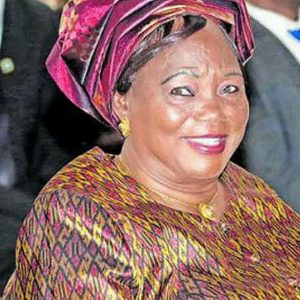 Who is the most richest woman in Africa

Mama Ngina Kenyatta is now in charge of a number of investments, holdings, and portfolios. She is a major stakeholder in the Commercial Bank of Africa (CBA), one of Kenya’s largest privately held banks, as well as a hotel chain (Heritage). The list goes on and on, and includes Brookside Dairies, an East African dairy sector giant with a market share that stretches from East Africa to the Middle East.

4. Hajia Bola Shagaya – Net Worth $630 million: Bola Shagaya is a 61-year-old Nigerian businesswoman who is among the country’s wealthiest women. She is an entrepreneur and the founder and Chairman of Bolmus Group International, a multinational Nigerian corporation with holdings in oil, real estate, finance, and communications. She is also a co – chair of Unity Bank PLC. 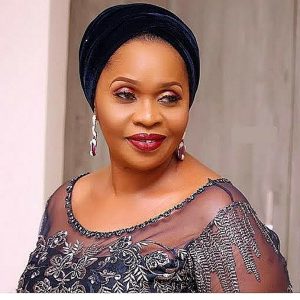 Richest Women In Africa and Their Net Worth

Her assets include real estate, banking, and finance, as well as oil and gas. She owns hundreds of townhouses in Nigeria’s most exclusive districts, as well as properties in Europe and the United States.

She also sits on the board of the National Economic Partnership for Africa’s Development (NEPAD), a commercial organization centered on Nigeria.

Also see: Best Rappers in Africa and Why 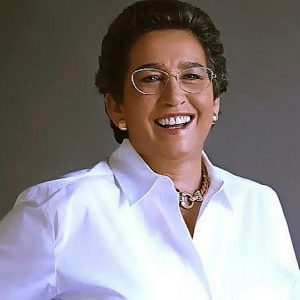 Who is currently the richest woman in Africa

She ventured in DeMorgenzon, a wine vineyard in Stellenbosch’s famed wine area. She has contributed more than US$23 million to the Gordon Institute of Business Science and the Donald Gordon Medical Centre in remembrance of her father, demonstrating her charitable spirit.

6. Wendy Ackerman – Net Worth $190.2 Million: Wendy Ackerman, a South African retail mogul and a Non-Executive Director of Pick N Pay Holdings Limited, is a Wendy-dominated wealthy list of Africa’s wealthiest women. She owns the Ackerman Family Trust and is worth $190.2 million. 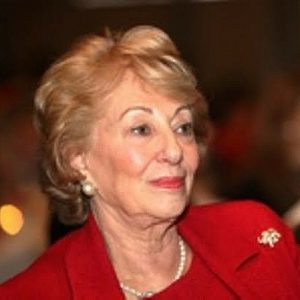 Her spouse controls about half of the Pick ‘n’ Pay supermarket business in South Africa. Ackerman is the Executive Director of the $3 billion South African corporation, which has operations in Nigeria, Zimbabwe, Australia, Namibia, Zambia, and Mozambique.

7. Irene Charnley – Net Worth $150 million: Irene Charnley, a former labor unionist from South Africa, with a net worth of $150 million. She worked as a negotiator for the National Union of Mineworkers in South Africa for 13 years before becoming the Executive Director of MTN, Africa’s largest telecom firm. Irene Charnley is now the CEO of Smile Telecoms, a Mauritius-based telecommunications products firm. 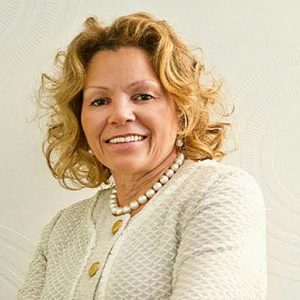 She was the driving force behind MTN’s development across Africa and beyond, and was instrumental in the firm’s acquisition of Nigerian and Iranian operating licenses. However, she departed the business in 2007 amid controversy.
She was a governor of FirstRand Bank, as well as Johnnic and Johnnic Communications, in addition to working for MTN. With a net worth of $150 million, she is one of Africa’s wealthiest women.

8. Bridget Radebe – Net Worth $100 Million: Bridget Radebe is the founder of Mmakau Mining, a successful mining business with activities in gold, platinum, uranium, coal, chrome mining, and exploration in South Africa. The 60-year-old began her successful career as a mine worker, overcoming gender inequalities in the process. 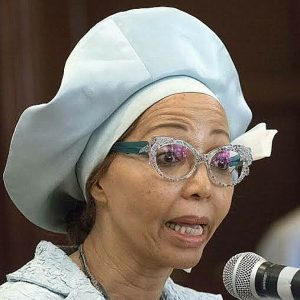 Her brother is the business tycoon Patrice Motsepe and she wedded Jeff Radebe, the South African Minister of Justice. She is now the president of the South African Mining Development Association.
Radebe’s network isn’t well-known, although she did get the Global Foundation for Democracy’s International Businessperson of the Year Award in 2008.

9. Sharon Wapnick – Net Worth $43.1 million: Wapnick is among the largest individual owners in listed lending stock businesses Octodec Investments and Premium Properties, both created by her father Alec, and is worth $43.1 million. In addition, she is a partner at TWB Attorneys, a business legal practice in Johannesburg. 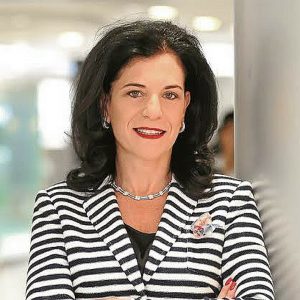 Her wealth was amassed through investments and real estate. Wapnick took over as non-executive chairman of Octodec in October 2011, after her father. She is an attorney with a lot of expertise in the real estate market. She is among Africa’s wealthiest women, with a net worth of over $43 million. 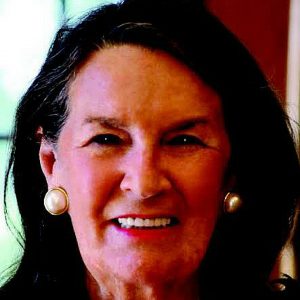 Who Are The Richest Women In Africa

She is chairperson of Wesco Investments South Africa and vice-chairman of Toyota South Africa Limited, as well as a board member of blue-chip corporations including Standard Bank Group, Hilton Hotel, and Roseback Inn, and a director of AngloGold.

This list honors African women who have succeeded in breaking through glass walls and achieving financial independence. These 10 women carved out a place for themselves at the table, establishing themselves as self-employed businesswomen.

Women were not permitted to work and earn their own money many years ago. Women have established their fortunes in a multitude of fields, including politics, business, journalism, science, and technology, as can be seen today.