Why China Is Overpopulated: 4 Reasons 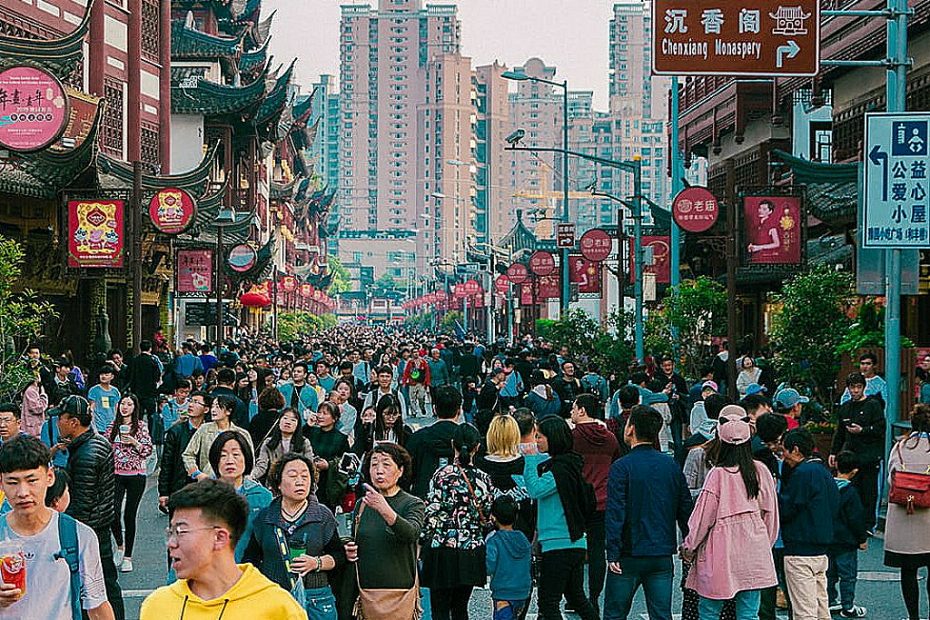 Why China Is Overpopulated: Overpopulation is a global issue that affects several countries, including China, India, Indonesia, and the United States. Officially, Singapore is the world’s most overcrowded country in terms of population to area ratio, but the underdevelopment of huge regional sections of mainland China exacerbates the country’s overcrowding problems.

This article will examine the causes of China’s overpopulation, as well as how this issue  affects the country  socially, economically, politically and environmentally. 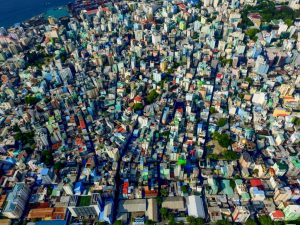 a. An increase in the birth rate

b. A decrease in the death rate

c. Migration to a new ecological niche with fewer predators or a rapid drop in available resources.

As a result, overpopulation is defined as a condition in which the resources available to a population in a specific ecosystem are limited.

Simply put, overpopulation arises when there are too many people for the environment to sustain basic requirements such as food, clean water, and even breathing.

According to UN predictions, China’s population is 1.43 billion as of September 2019. The regions and provinces of Taiwan, Hong Kong, and Macau are not included in this figure. China has seen a tremendous population growth from the 1950s, with a projected population decline after 2030 taking into accounts a slew of variables  such as China’s future labor force, demographic challenges, and marriage rates, all of which are very variable. 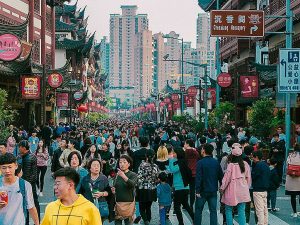 Why Is China and India so populated

The population density of China’s greatest cities varies significantly; for example, Shanghai’s population density is estimated to be 3800 people per square kilometer, and the majority of the country’s built-up metropolitan zones are densely populated.

Reasons Why China Is Overpopulated

1. Food and Water: Two of the most viable reasons  for China’s overpopulation are food and water. China has the ability to produce significant amounts of food to feed a large population because of its vast swathes of fertile land and easy access to fresh water.

Pakistan and Bangladesh, on the other hand, have a larger population density than China, as well as more farmland and water, but they are smaller physically and hence cannot accommodate as many people.

2. Globalization: Another reason for China’s overpopulation is that the country was more resilient  when globalization contributed to significant population growth many centuries ago. After a significant loss following the wars, individuals were urged to have a high number of children, and the leader believed that a large population meant more laborers for agriculture. The Siberian, East China Sea, Gobi Desert, and other vast land limits protect China.

Also see: Countries with the best police force in the World

3. Migration, Low Mortality Rate and Increased Life Expectancy: Growth in cities especially avaliability of jobs attracted people from the countryside and other nations, resulting in a greater push to standardize living conditions in cities. As a result, infant mortality has decreased and life expectancy has increased. 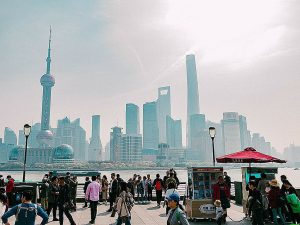 Reasons Why China Is Overpopulated

4. Effects of World War: After World War II ended in 1949, Chinese families across the country were pushed to have as many children as possible in order build a larger economy, construct a stronger and larger army, and increase food production.

Recommended: Advantages and Disadvantages of over population

Impacts of Overpopulation on China

China’s large population has an impact on the country’s social infrastructure, as well as its unemployment and crime rates. In densely populated countries like China, the number of available employment far outnumbers the number of people looking for work. This resulted in high levels of unemployment, forcing the unemployed to scavenge for food, water, and other necessities in order to survive. Because the unemployed must compete for limited resources, violence and other conflicts emerge, raising the total crime rate. 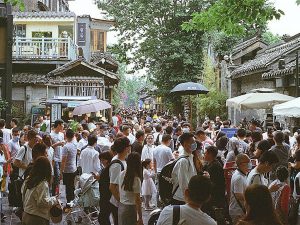 Why Is Most Of Humanity Concentrated In India And China

The country’s enormous population has an impact on social infrastructure, as well as unemployment and crime rates. The amount of available jobs in highly populated countries like China considerably outnumbers the number of people looking for work.

As a result, unemployment was high, causing the unemployed to scrounge for food, water, and other needs in order to survive. Because unemployed people must compete for few resources, violence and other conflicts arise, worsening the overall crime rate. Below are the impact of overpopulation on various sector of the country.

Overpopulation in China has an impact on a number of political concerns. The Chinese government has enacted laws such as the one-child policy and immigration limits to assist moderate the country’s growing population. Health care, schools and education, transportation, housing, welfare, and the environment, to name a few, have all been strained as a result of this political impact. Given that China is still a developing country, many of these services do not fulfill standards, and as a result, increased population demand has an impact on the quality and quantity of services provided by the Chinese government.

The Chinese government is now dealing with the issue of an aging population and a decreasing death rate. As a result of government programs, China’s low fertility rates have decreased from 6 births per household in 1967 to 1 presently, resulting in a bigger adult population. As a result of China’s wealth distribution, this elder population is now living longer, yet increased life expectancy does not always imply better health.

Because democratic voting is outlawed in China, the entire Chinese populace is without a voice and is unable to criticize the government’s low quality and quantity of services without fear of being penalized and imprisoned.

Recommended: Cheapest Countries to Study in the world

Depletion of natural resources, hastened habitat loss, intensified climate change, and deprecation of fresh water are only a few of the environmental challenges associated with overpopulation. Natural resources such as fossil fuels, freshwater coral reefs, and forests are rapidly depleting as China’s population grows, owing to the human race’s continued use of these valuable elements in daily life.

This increases competitive pressures on these resources, contributing to a significant decrease in life expectancy. Overpopulation has a significant impact on habitat loss, such as coral reefs, rainforests, and grasslands.

Recommended: How to hold a conversation with a guy for long

A rapidly rising population means that more people will enter the labor market, where there will be insufficient jobs for everyone, resulting in excessive unemployment. In emerging countries like China, the number of individuals looking for work is growing at such a rapid rate that it is pratically  impossible to find work for everyone. The economy will never be able to solve the problem of unemployment due to the continually rising population.

Recommended: Advantages and Disadvantages of Under population

One of the most important concerns affecting humanity today is overpopulation. It has an effect on the well-being of the earth as well as food scarcity. This is a major issue in China that must be solved immediately, or the world average temperature would climb by 4-5 degrees Celsius by 2100.

Overpopulation will result in a high crime rate, enormous amounts of acid rain, mass extinction of species, and a scarcity of natural resources, among other social and environmental effects, if it is not addressed fast. China is not just coping with environmental issues; the situation has also deteriorated to the point where there is a significant gender imbalance and lots of abortion and it’s difficulties.