Youngest Kings In The World (With Pictures): Top 10 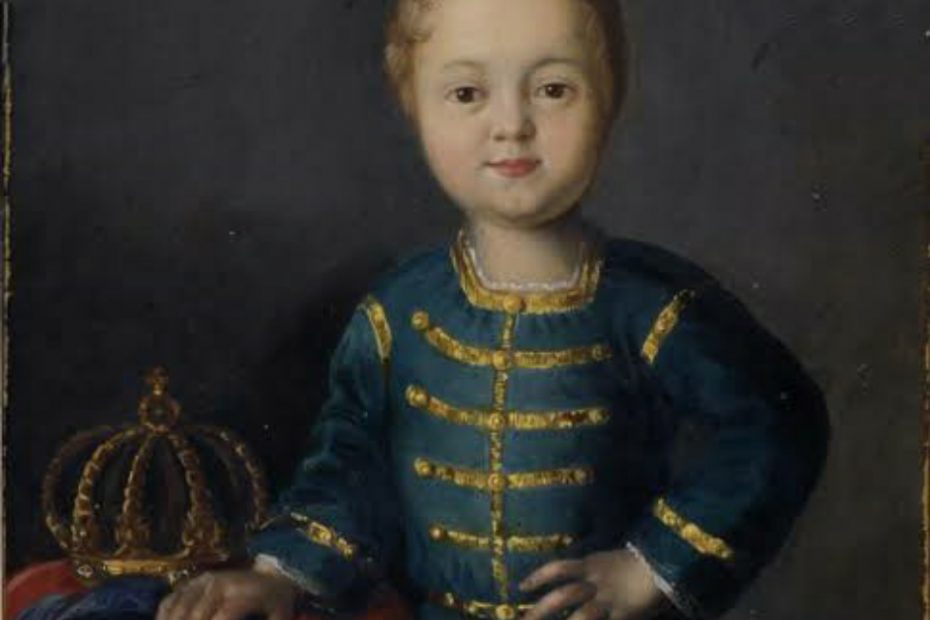 Youngest Kings In The World: Kings are paramount rulers in a Monarchical setting. Most Countries and communities still practice it. Let’s quickly take a look at some of the youngest kings some of this Monarchies has ever had in history.

Top 10 Youngest Kings In The World

1. SHAPUR II: Shapur II was one of the oldest known kings and one of the youngest as well. He was also known as Shapur the Great and was the tenth Sasanian King of Kings (Shahanshah) of Iran. He was born king and served as the longest-reigning monarch in the history of Iranian, from 309 to 379, having ruled his entire life and died at 70. 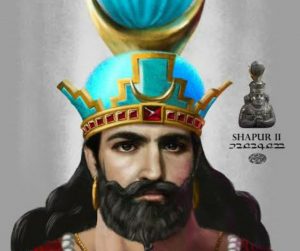 He was a fine king and a revolutionist during an era characterized by military involvements. He was able to launch enormous military campaigns that saw a success against Arab insurrections and tribes who knew him as ‘Dhū’l-Aktāf translated as “he who pierces shoulders”.

2. KING JOHN I: John I was one of the notable king of England for becoming a king at a very young age. He was born on the 24th of December 1166. He became the King of England from 1199 until his time of death in 1216. By records, he had lost the Duchy of Normandy and many other French lands to King Philip II of France. 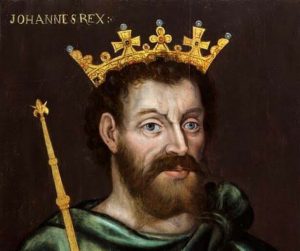 This inturn led to the collapse of the Angevin Empire. It was known to have also encouraged the growth and power of the French Capetian dynasty around the 13th century. King John I was known to be the youngest son of King Henry II of England, His mother,  Eleanor  was the Duchess of Aquitaine. Having become the king of England at the young age of four, he was considered as one of the youngest kings in the world.

3. ALFONSO XIII: Alfonso XIII, for some reasons he was known as El Africano or the African, he, Alfonso XIII, was born on the 17th of May 1886. He became the King of Spain from 17 May 1886 and retained the crown until 14th of April 1931, when the Second Spanish Republic was proclaimed. Alfonso became a king from the time of his birth. 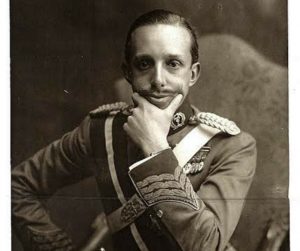 Monarchs of the world who were crowned before they turned 20

Alfonso XIII assumed full control in 1902, when he turned 16. Alfonso XIII played an important political role during his reign as king, part of which included the highly controversial use of his constitutional executive powers. His candid effort and intervention with the European War Office during World War I had earned him social recognition. He was prestigiously nominated for the Nobel Peace Prize in 1917, that was ultimately won by the Red Cross. He. Has remained the only monarch to have ever been nominated for a Nobel Prize. It was quite a legacy. After his death on 28 February 1941,  he is still been considered as one of the youngest kings in the world.

4. HENRY VI: Henry VI  who was born on the 6th of December 1421. He had succeeded his father Henry V after his demise to become the English king at a very tender age. He was nine months old when he assumed the throne. He ruled as King of England and Lord of Ireland from 1422 to 1461 and later, from 1470 to 1471. Though disputed, he served as King of France from 1422 to 1453. Henry VI was the only child of his father. His ascension to the French throne was at the demise  of his maternal grandfather, Charles VI. He was revered and recorded to be the only English monarch to have also been crowned as King of France, in 1431. 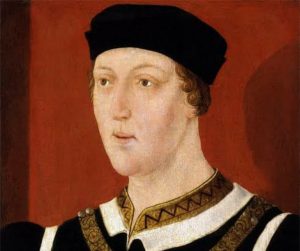 Who is the youngest king in Africa?

Henry’s interest for education was a legacy. He showed great concern for education and though his reign was flawed and highly criticized, he went down in history as a lover and promoter of education. Henry XI founded the Eton College, King’s College, Cambridge and All Souls College, Oxford as part of his lasting legacies. He died on the 21st of May 1471. However, he remains one of the youngest kings in the world. 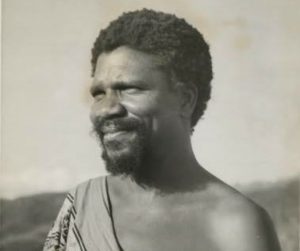 Youngest Kings in The World

That marked his reign as the longest verifiable reign of any monarch in recorded history having reigned all his life from the age of four months and upon maturity, he led Swaziland through independence until his time of death in 1982. His young son with Mswati III, succeeded him. He was one of the youngest kings in the world.

6. IVAN VI: Ivan VI was born on the 12th of August 1740 . One of the youngest kings in the world Ivan VI was an infant emperor of Russia who became king when he was barely two months old. His mother ruled in his stead as queen regent until he came of age but his proclamation as the Emperor was done when he was just 3 months old. 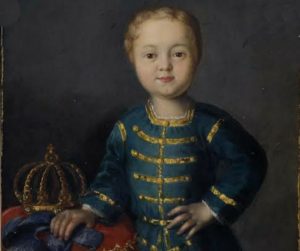 Who was the youngest king ever in history?

In 1741, Ivan had encountered his reign being overthrowned by his cousin Elizabeth Petrovna in a coup that saw him and his mother being imprisoned. Ivan did not survive it as he was later murdered in the prison. Not withstanding the tragic incidence and the fact that his reign was short-lived, after his demise on the 5th of July 1764, he has been recorded in history as one of the youngest kings in the world.

7. PU YI: Aisin-Gioro Puyi was born on the 7th day of February in 1906. He was one of the youngest and the last emperor of China. He lived as the eleventh and last Qing dynasty monarch. He had been enthroned as emperor at a very young age. He was only two years old in 1908when he became the Emperor of the China. 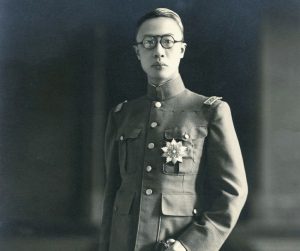 What country has the youngest king?

His reign was unfortunately short-lived as he was forcefully made to abdicate the throne as Emperor on the 12th of February, 1912 during the time of the Xinhai Revolution. Pu Yi was installed the Emperor Kangde of the Japanese puppet state of Manchukuo. His installment took place during the World War II. Puyi had fled the capital when the Japan was defeated in 1945. 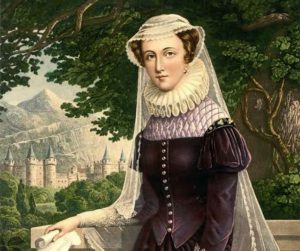 She was the only surviving legitimate child of the king, James V of Scotland. Mary inherited her father’s throne when she was less than a year old following the sudden demise of the king (her father). Mary was recorded to be six days old when she lost her father. Mary was betrothed to Francis, the Dauphin of France who she later married in 1558.  She was one of the youngest kings in the world.

9. QUEEN ISABELLA II: Isabella II was born on the 10th of October 1830 and lived till the 9th of April 1904. Isabella became the Queen of Spain from September 29th 1833 till 30th September 1868. King Ferdinand VII of Spain issued an important Sanction before Isabella was born. The order was to ensure that after his reign, his firstborn daughter, Isabella, would succeed him. The king had made the declaration as a result of his inability to conceive a male child. 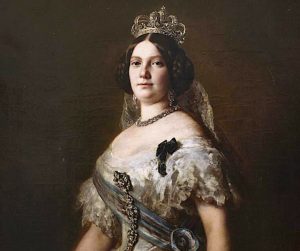 youngest monarchs in the world 2022

The Sanction however did not sit well with many, including the King’s brother. Just a month before Isabella turned 3, she was crowned the queen of Spain. The rebellion led by Infante Carlos (Isabella’s uncle) led to the Carlist wars. The uncle had refused to acknowledge the sovereign authority of a female.

10. KING OYO OF TORO: Rukirabasaija Omukama Oyo Nyimba Kabamba Iguru Rukidi IV, King Oyo, is the current and reigning Omukama of Tooro kingdom, in Uganda. The young king was born on the 16th of April 1992. He was born to King Patrick David Mathew Kaboyo Olimi III and his mother, Queen Best Kemigisa Kaboyo. 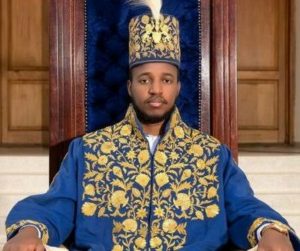 young Kings in the bible

In 1995, when he was about three and a half year old, Oyo ascended the throne of his fathers after succeeding his father to become the paramount and 12th ruler of the  Kingdom of Tooro known to be over 180 years old. Having become the 12th ruler of Tooro at an early age of 3, he is considered as one of the youngest kings in world history.

Recommended: Oldest Religion in the world 2022

Conclusively, there are quite a number of kings that had been crowned at a very young age however, we have been able to draw a confused list of some of the very youngest amongst them; some of who became kings at infancy.