Causes of Monopoly: 8 Factors that Gives Rise to Monopolistic Market 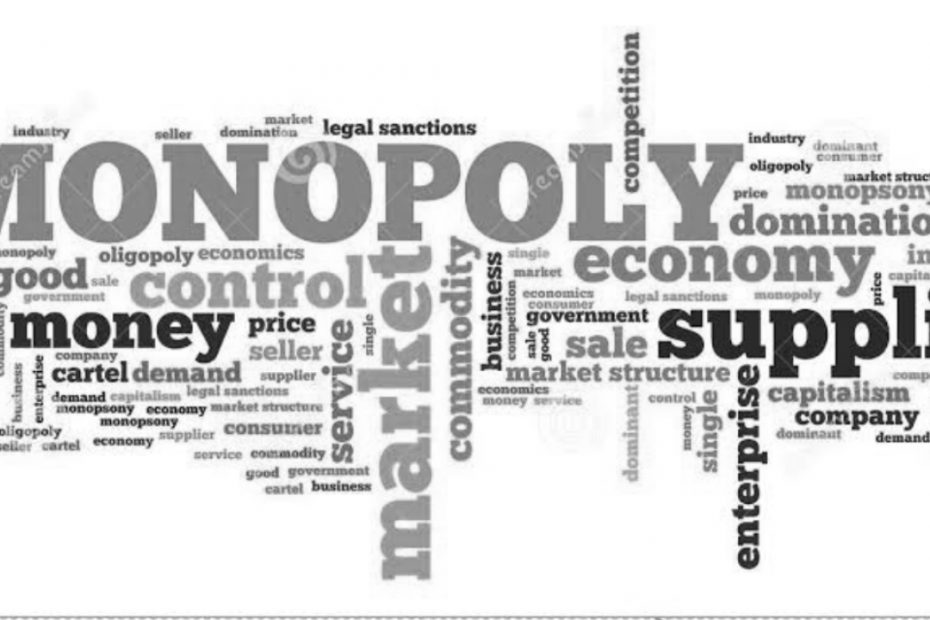 Meaning and Causes Of Monopoly: The term “Monopoly” is used to describe a situation where a person or a firm is the sole seller in an industry or a market. In other words, if the demand for goods and services are made to only an individual seller or a business, the person or business is operating a monopolistic market or trade. Sellers who operate a monopolistic trade take advantage of the market by giving exhorbitant prices to the customers because they lack competition.

Monopoly can be natural which means that other person are disinterested from entering into the same line of trade as the sole trader. This is usually influenced by the high cost of capital and profit will not make up for the capital. The State can run the affairs of a sector of the market making it generally difficult for competition to arise in those areas. An example includes public services like railway transportation. 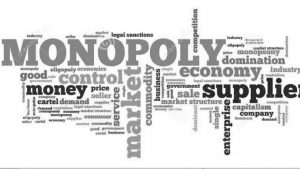 meaning and causes of monopoly

The Major Causes of Monopoly

1. High Cost of capital: It is really capital intensive for an individual to start up certain businesses. This is possibly why the State can choose to monopolise some sectors for instance, oil and gas, railway transportation e.t.c, all depending on the economic strategy of the Nation.

Meaning and types of Monopoly

It is relatively difficult to willingly compete with a high octane type of business. How many individuals can level the market playing field by investing millions of dollars as capital? So the formula is really simple: the higher the cost of capital, the lesser the competition and vice versa.

2. Resource Control: A business of mining resources and utilising these resources can be monopolised if the firm or company controls all the resources. It may not be quite possible nowadays given that trading has transcended domestic regions and can be international.

Therefore it is possible for start up companies to import the same resources from other nations and compete in the national market. Still, there are hard-to-get resources which are only in the reach of a capable company and since these resources are majorly controlled by the company, it will be a long reach before a competition arises.

3. Legal Protection: Governments can grant legal protection to businesses to operate a kind of trade that no other business or company can operate thereby creating a monopoly of such trade in the process. This is achieved through granting patents. A patent holder by law, has ownership right against any other person who wishes to market the same product or service.

There are conditions to be fulfilled before patent is granted and when these conditions are fulfilled, no other company can replicate the products or services which the patent holder has. That will be an infringement of rights.

4. First time Markets: Establishing a market that has not been in existence creates monopoly. This is because the trader has opened the market in the absence of a potential competition or without the expectation of future competition. A good example is where a business deals with the creation of automobiles that fly.  That is a state of the art technology and whoever opens that kind of business for the first time naturally monopolises production and distribution.

If the above example is too far fetched, another example is the popular software manufacturing company called Microsoft. Established by Bill Gates, it holds more than  75% market share making it the monopolist in tech space. As a first of its generation, it has taken over the global market and it has existed for so many years. Expecting a competing service provider like Microsoft may not be possible except there is a succeeding subsidiary company. It remains to be seen.

Factors that gives rise to a monopolistic market

5. The business having the potential to yield low profits: Business strategy involves knowing the disparity between investment and dividend and making the right choice of business to enter. A shrewd business person ought to be skeptical about creating competition when the risk is ostensibly greater than the reward. That is why there are trades that do not have the attention of businesses due to the low profits it will garner.

The potential competing traders have seen the already established business is yielding little profit. The inevitable result is that the trader who has already began the business is the sole marketer and in most cases, there are increasing disadvantages.

6. Traders are afraid that based on antecedents, starting up a similar business will attract heavy tax impositions and restrictions from both domestic and international standpoints. Where a country imposes tariffs and other embagoes on a company dealing with import/export trade, it may be futile to have a competition in the industry.

Take for instance, Royal Deux Plc manufactures solar equipment in a particular area and the only way to purchase an inverter is to travel a long distance to another company in another location.

8. State ownership/control: A country can decide for economical reasons to take control over the affairs of the market system or a part of it. In other terms, it is referred to as Nationalisation. It is the overriding power of the government to suppress competition by private individuals and/or businesses by holding complete control over an industry.

In Capitalist States, the interference of the government is not on the high side but whenever the government wants to exercise this power, it automatically puts current private traders out of business and can restructure the industry while doing so.

In conclusion, we have seen that monopoly has its share of advantages and disadvantages as well. Sole firms or traders can benefit from monopoly by charging at a higher price and making more profit (all things considered) than in a competitive situation. On another hand, monopoly creates a sense of invincibility which can make firms lazy in delivering quality products and services. They can overcharge just because they can since there is no competition giving them a run for their money.

Inferiority of products coupled with lack of market innovation only deadens the industry. Competition brings life into activity and compels inventive means with one seller striving to out do the other. Leaving the fate of an industry in the hands of a monopolistic entity will only destroy its economical growth. The world market is a competition and every day the numbers run by displaying the efficiency of countries on how they improve their economy.

While there are certain industries that should be controlled monopolistically, there are many more that should be open for an influx of astute minds in trade in order to facilitate development.

1 thought on “Causes of Monopoly: 8 Factors that Gives Rise to Monopolistic Market”