Home » Fashion Updates and Trends » Cheapest Places to Live in the United Kingdom 2022: 12 Most Affordable

Cheapest Places to Live in the United Kingdom 2022: 12 Most Affordable 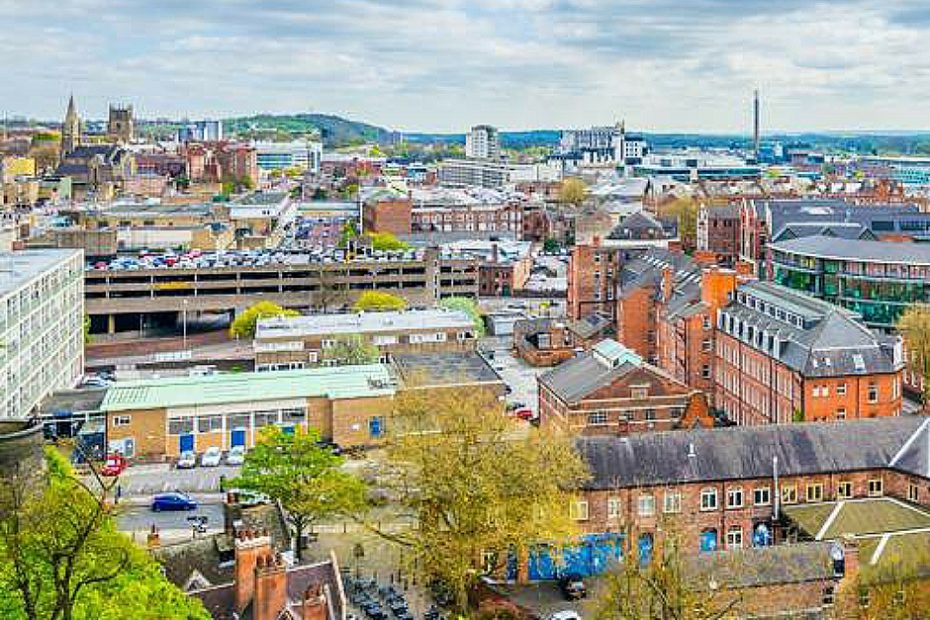 Cheapest places to live in the United Kingdom 2022: United Kingdom otherwise known as UK is an independent sovereign nation made of England, Scotland, Wales and Northern Ireland. UK is famous for its tourist centers, academic institutions like Oxford and Cambridge, football culture (The English Premier league), and its capital London, which is a globally influential and recognized Commercial, financial, and cultural center.

Consequently, the United Kingdom is popularly known as one of the perfect countries to live or study in, however the high cost of living in UK is a mitigating factor. This article therefore considers the cheapest places you may live in UK.

Most Affordable and Cheapest Cities In the United Kingdom

1. Cardiff: Cardiff, the capital city of Wales is United Kingdom’s 11th largest city and one of the most affordable cities in UK. The estimated cost of living in Cardiff is £655 per month without rent, while rent for example 1 bedroom, hall, and kitchen (HBK) apartment cost around £662 in the city and £504 outside the city. 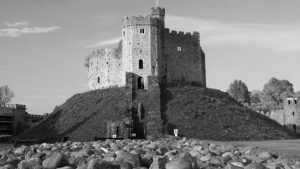 best places for students in UK

The basic utility bill costs around £202, and the entertainment, sports, and education are relatively cheap. According to NatWest Student Living Index 2019; Cardiff is U.K’s cheapest student city.

2. Belfast: Belfast, the capital of Northern Ireland is one of the cheapest cities in United Kingdom. As a matter of fact, the cost of living in Belfast is cheaper than in 65% of cities in Western Europe. 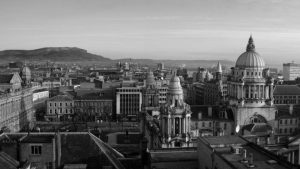 The cost of living in Belfast is £577 without rent, and rent is estimated £400 for one HBK apartment in the city and £280 for a HBK outside the city. There are also a variety of affordable grocery stores, shopping malls, restaurants, bus and metro services across the city.

Also see: Best law apps for lawyers and law students in the UK

3. Newcastle: The city of Newcastle lies on the river tyne in the North Eastern region of England, and is a hub for business, sciences, arts, and a major center for shipbuilding and manufacturing. 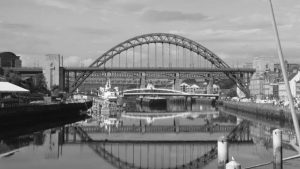 cheapest places to live in UK

Newcastle is yet another affordable city in U.K well known for its friendly atmosphere and relatively cheap cost of living estimated at £590 per month without rent.

4. Aberdeen: Aberdeen, a port city in Northeast Scotland is the third most populous city in Scotland, yet one of the most affordable.

Since the discovery of North Sea oil in 1969, Aberdeen has been known as the off-shore oil capital of Europe, and was the center of Europe’s petroleum industry. The soaring cost of Oil and property prices in Aberdeen then made it one of the most expensive places to live and work in U.K. 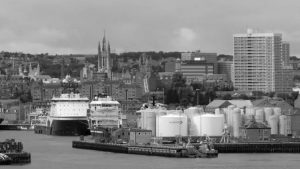 expensive cities in the United Kingdom

However, with its downturn and fall in valuation in Oil and gas, Aberdeen is considered as one of the most affordable city in United Kingdom as the cost of living in Aberdeen is £636 per month. Residents of this city also benefit greatly from their disposable income as research shows that workers in Aberdeen take home an average salary of £2,400 per month, and with expenses of £636 and rent of £538, you will still definitely have a lot of profit to keep.

Additionally, Aberdeen is one of the cheapest cities for students in U.K. According to the official report of, Aberdeen is the only U.K city ranked in top 50 for affordability for students.

5. Norwich: Norwich a city in England’s Norfolk country is one of the safest places to live in UK according to (Country living 2008) and one of the cheapest too. 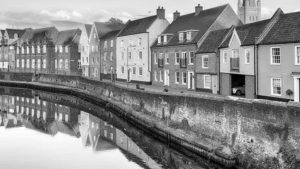 best cities for students to study in UK

7. Edinburgh: Edinburgh, the capital city of Scotland has the strongest economy of any UK city save London.  According to Research, Edinburgh is the safest city in UK, and its beautiful nature, top educational centers, stunning countryside, and great social environment makes it one of the most desirable cities to live in United Kingdom.

8. Birmingham: Birmingham, a city in West Midlands, England is one of the largest cities in U.K. Birmingham is regarded as the second city of U.K as it is the second most important city in U.K behind London, because of its population size, economic importance, and cultural contribution. 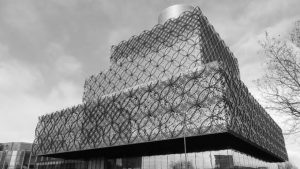 cheapest places to live in UK

While Living in London maybe quite expensive to afford, Birmingham offers you the next better option as it is a very beautiful and relatively affordable to live, with an estimated monthly cost of living of £640 without rent.

9. Lincoln: Lincoln, a city in the Eastern east midlands is rated as one of the best places to live in U.K and particularly in the Midlands. The cost of living in Lincoln is relatively cheap as it boasts of affordable housing, historic centers, retail hotspots, utility cost, and transportation. 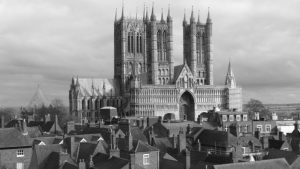 affordable places to live in the United Kingdom

Lincoln is also student friendly, and according Lincoln is one of the cheapest cities for students to study in United Kingdom.

10. Lancaster: Lancaster, a city in Northwest England appears to be the last on my list of cheapest cities in United Kingdom. Lancaster is a fabulous place to live due to its culture, high quality of schools, and affordable cost of living of £649 per month. 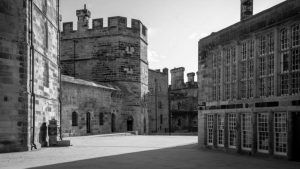 cheap places to live in UK

Recommended: How to become a successful lawyer in the United Kingdom

11. Nottingham: Situated in the Midland region of Central England. The elevation of Nottingham City is 51 meters. Here, the climate is moderate. The summer season lasts from May till October. The constant range of the temperature is 12°C to 17°C. In November, the weather turns cool. The constant range is 2 to 4 degrees Celsius. 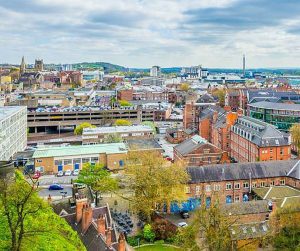 Cheapest Places to Live in the United Kingdom 2022

The “Queen of the Midlands” in Nottingham. In this city, living expenses are cheap. In the city, a 1 bedroom, kitchen and hall apartment costs about £610, whereas, outside the city, it costs about £472. The average monthly utility bill is roughly £156. Sports leagues, movies, childcare, and fitness centers are all within budget.

Lenton has affordable housing for students. In Nottingham, stairlifts are available in many homes. In Nottingham, transportation is inexpensive. The monthly pass for city transport runs roughly £56. Currently, Nottingham has four restaurants with Michelin stars.

12. Durham: Durham is a desirable and reasonably priced location in England. Northeastern England is home to Durham. Durham is situated 32 meters above sea level. It is a comfortable temperature. Durham experiences winter from December to February. The daily average temperature is between 6 and 7 C, rising to 19 C in July. The summertime maximum temperature is 15C on average. The city in England with the most affordable rent for students in Durham. 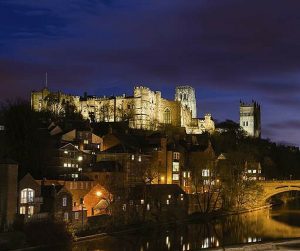 Cheapest Places to Live in the United Kingdom 2022

There are many colleges and law schools in Durham. The cost of residing, eating, and enjoying yourself is acceptable here. One-bedroom, hall, and kitchen apartments typically rent for £650 a month in the City and £360 outside the City. The average monthly price for necessities is around £235. The monthly travel pass is £55 in price (plus tax).

So far, we have mentioned and discussed the cheapest places to live in the United Kingdom highlighting why they are the cheapest. It is apparent that the places mentioned in this article are not just the best for students. Anyone can live in any of the cities including families and working class individuals. If this article was helpful kindly let us know by dropping a comment in the comment section.