Countries With The Best Navy in Africa 2022: Top 10 Strongest 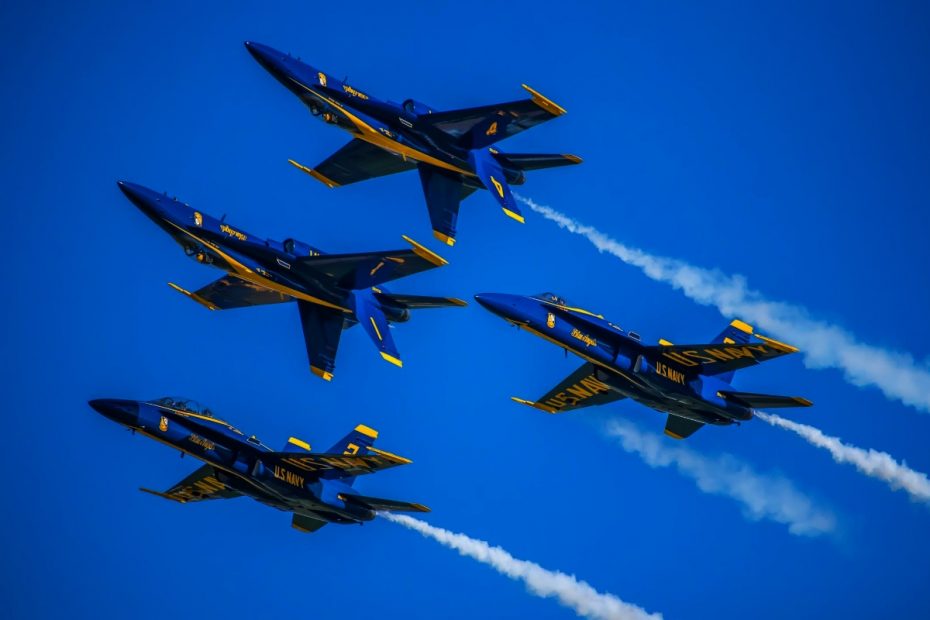 Top 10 Best Navy in Africa: The navy, just like air force and army, is part of any sovereign state’s military whose mission is to guard and defend its territorial seas against threats or foreign invasion. It’s no surprise that the most powerful African countries, with the most formidable naval fleets and armaments, are the most influential when it comes to major choices affecting the continent. Money is dedicated to this country’s defense budget in the millions of dollars to improve the strength of their plates, particularly when armory upgrades are required.

In order to evaluate the best fleets in Africa, we used the Canadian Navy’s rating methodology, which was created as a baseline for all naval forces throughout the world. 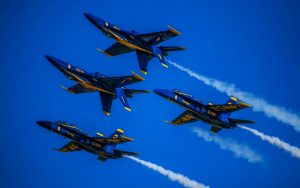 The best navy in Africa

Rank 1: Major Global Force Projection Navy (Complete): This is a navy capable of performing all naval forces’ military missions on a worldwide scale. It has a full complement of carrier and amphibious capabilities, as well as sea control forces and nuclear assault and ballistic missile submarines, all in sufficient numbers to conduct significant operations on its own.

Rank 2: Major Global Force Projection Navy (Partial): These are navies with most, if not all, of a “full” global navy’s force projection capabilities, but only in sufficient numbers to conduct one major “out of area” operation. Consider the United Kingdom and France.

Rank 3: Medium Global Force Projection Navy: These are fleets that may not have the whole spectrum of capabilities, but have a credible capability in a few of them and have regularly demonstrated a willingness to use them far from home waters, in concert with other Force Projection Navies.

Rank 4: Medium Regional Force Projection Navy: These are fleets capable of projecting power into the adjacent maritime basin. While they may have the capability to exercise these further away, they do not do so on a regular basis for whatever reason.

Rank 5: Adjacent Force Projection Navies: These are navies that can project force well offshore but are incapable of conducting high-level naval operations across oceanic distances.

Rank 6: Offshore Territorial Defence Navies: These are fleets with reasonably high defensive (and constabulary) capabilities up to around 200 miles from their coastlines, as well as the sustainability provided by frigate or large corvette warships and/or a capable submarine force.

Rank 7: Inshore Territorial Defence Navies: These are fleets with a focus on inshore territorial defense, allowing them to engage in coastal battle rather than just patrolling. This would imply a force made up of missile-armed fast-attack ships, short-range aircraft, and a small submarine force.

Rank 8: Constabulary Navies: These are large fleets that are not designed to battle, but rather to serve as a deterrent.

Rank 9: Token Navies: These are fleets with just rudimentary capabilities, generally consisting of a formal organizational structure and a few coastal ships. These tiniest and weakest republics in the world can only aspire to the most basic constabulary functions.

Since the primary job of the navy is to ensure peace and stability in the riverine area and support of any country, you may predict the number of influential countries like Nigeria, Libya, Egypt, and South Africa that fall under it using the above ranking method.

Recommended: Differences between developing and developed

10 Countries With the Best Navy in Africa

1. Egypt: With over 20,000 active men and roughly 16,000 reserve personnel, they are Africa’s largest and most powerful navy. It was established in the year 1800. Its naval fleet, which includes mistral-class amphibious assault ships, type 209/1 400 mod class submarines, and type 033 romeo class submarines, is considered one of the best in the world.

As a result, the Egyptian Navy is one of the best-equipped in Africa. Alexandria is where the command headquarters are located. Its uniform is made up of a variety of colors, including blue, red, white, and black. The struggle of the deltaagainst the sea peoples colony in the first and second Egyptian Ottoman Wars in 1831 and 1839, respectively, put the Egyptian navalforce to the test.

2. Algeria: The Algerian Navy, which is now recognized as the continent’s second most formidable navy, was created in 1516 and is Africa’s oldest navy. Its headquarters are in L’amiraute. With around 17000 active members, it is among the largest Navys in terms of size. 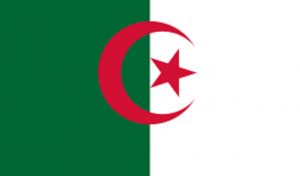 His environmental equipment comprises 30 helicopters and a large number of boats for continual patrol and swift military reaction.

3. Nigeria: Nigeria may not be the greatest at everything, but it does have some of Africa’s strongest naval firepower and manpower. The Nigerian Navy, which was founded in 1958, has fought in several wars, including the Nigerian civil war and the war on terrorism.

The Nigerian government appears to understand and recognize the importance of its waterways, and as a result, it has spent considerably on ammunition and firepower for its navy and other military forces. There are around 16,000 active officers in the Nigerian Navy, with over 2,000 serving in the reserves.

The Nigerian Navy is equipped with lethal amphibious tanks, offshore patrol vessels, and quick patrol boats. The Nigerian Navy is among the world’s most regarded fleets, and Nigeria can hold its head high as a country with significant naval firepower.

4. Morocco: Although the Moroccan Navy dates back to the 11th century, it was upgraded on March 1, 1960. It may not have as many members as others, but it has a lot of military experience.

Who has the strongest navy in Africa?

According to research, they have the best-equipped naval force in Africa, with over 89 vessels, including 17 both. The Moroccan Navy is rated fourth in the world, with 1,000 active and reserve troops. It guarantees that the country’s international waterway is secure and protected to the best of its ability.

Recommended: Advantages and disadvantages of being public limited company

5. South Africa: The authorities of South Africa are particularly intent on strengthening its navy firepower. The unit, which was founded in 1962, now has about 7,000 active troops and a reserve of 1,000 men. They have several lethal missile boats, frigates, and patrol boats at their disposal. In terms of naval firepower, the South African Navy is a force to reckon with.

6. Somalia: This military unit was founded in 1965 and is currently Africa’s 16th most powerful never force.

The Somalian Navy is among the largest in terms of active officers, and the color of his uniform is blue gold. It has two missile boats and a number of excellent warships.

7. Tanzania: As shown by  Wikipedia, the Tanzania Naval Command is the marine branch of Tanzania’s armed forces, which was founded in 1971 with Chinese aid. The Tanzanian Navy, like the others on this list, is a powerful navy that made it onto this list not because of its size, but because of the amount of advanced armaments and ammunition it acquires/possesses. It has 4 Hunchuan class torpedoes, 2 Ngunguri class warships, 2 Shanghai II (two) patrol craft, and other weapons and ammunition.

The company’s headquarters are in Kigamboni, Dar es Salaam. It was a part of the Democracy War effort.

8. Libya: It was created in 1962 and has its headquarters in Tripoli. The Libyan Navy was meant to be Africa’s most powerful navy in terms of armaments, but owing to the country’s problems, it is now rated last on the list. Libya’s navy is a typical tiny fleet, with a few missile frigates, corvettes, and patrol boats to defend the coast but limited self-defense capabilities.

Countries with the Navy in Africa

The Libyan navy has traditionally been the smallest of the country’s military, relying on outside sources for replacement parts and training. Libya’s Navy initially demonstrated military prowess in a confrontation with the US Sixth Fleet in the Gulf of Sidra (1996), when one missile boat and a corvette were wrecked and additional ships were damaged by A-6s.

Surprisingly, some of these strikes were carried out effectively with CBUs such as the Mk.20 Rockeye, an anti-tank weapon. They presently have 3,000 active guys and 500 reserve men.

Recommended: Countries with the Most Beautiful Women in Asia

9. Kenya: Kenya’s navy is classified as Africa’s eighth best. It was founded in 1964 and is headquartered in Nairobi. They were involved in the Operation Linda Nchi battle in Somalia, which began on March 16, 2011 and concluded on May 13, 2012.

Intriguingly, the Kenyan Navy does not use typical nautical ranks, instead opting for more reading ground forces-style ranks.

Weapons such as the P3134KNS, Harambee II missile boats, current vessels, different fleets, and survey ships are among its equipment.

10. Ghana: The Ghanaian film industry was formed on March 29, 1959, and they are among the African continent’s top ten worst names. The Ghanaian Navy is the Ghanaian armed forces’ maritime warfare organizational military branch, which is under the administration of the Ministry of Defense.

This ranking of the greatest African Navy is based on the country’s historical and current accomplishments, the quality of guns and ammunition seized, the number of active troops, and, lastly, how well-organized they are.