Longest Books In The World (With Pictures): Top 10 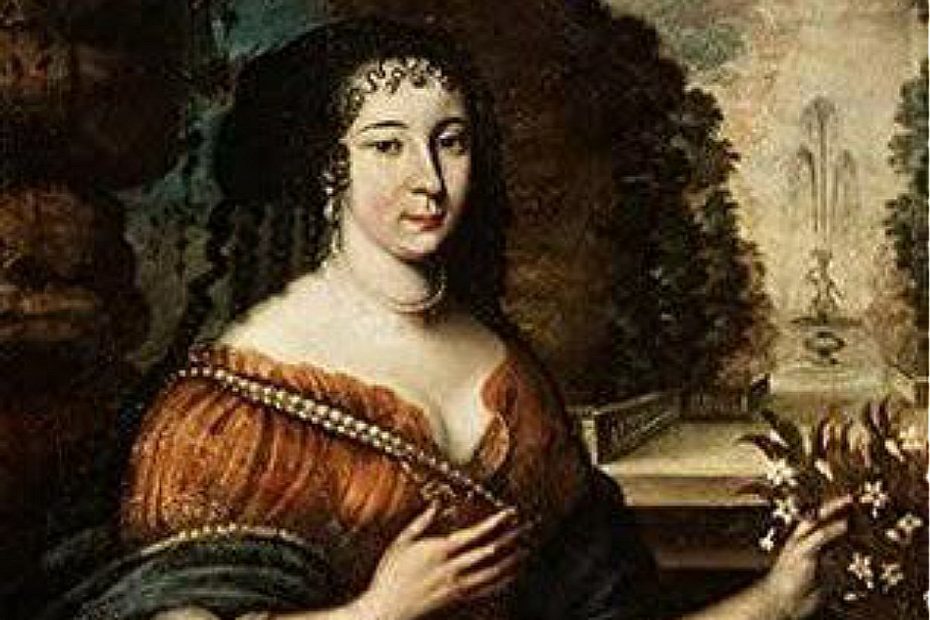 Longest Books in The World: Information they say; is power. Knowledge is precious but found by those who truly seek and appreciates it. True knowledge comes from studies and experience. There are no single way of acquiring knowledge but there are sure ways by which knowledge can be transmitted. Amongst many other means, books are a good example of medium of transferring knowledge. A good means of communicating knowledge from one person to another is by teaching and learning, most times, learning what is in the book.

A book is a material that could be made of wood but finished as a paper, containing inscriptions of words, letters, numbers and pictures on pages or series of pages bound together. Books are often made for different purposes and to achieve different or related goals. While some books are quite expensive, some are relatively affordable. Books come in different forms, shapes and sizes. There are books for different areas of life. Practically, every discipline or works of life has a book that explains one or two things pertaining to that area of endeavor.

Having given a subtle definition of what a book is, it suffices to give a few examples of books. To this end, a book could be a journal, magazine, notebook, newspaper, textbook, handbook and many others. This brings us to the fact that some books could be voluminous and long while others could be short, scanty and brief.

A good example of a voluminous book is the encyclopedia. It is one of the most renowned book used as a reference material. It contains lots and tons of Information in virtually every aspect of life. On the other hand, a good example of a brief and scanty book is a pamflect. Usually made to contain only few information and not a thing or book with much to learn from.

In this article, our focus shall be on some of the books that are insanely long and invariably voluminous. Such books are mostly appealing to voracious readers and professionals; especially when it pertains to their area of interest or has to do with their area of discipline of practice.

Recommended: Oldest books in the world

Top 10 Longest Books In The World

1. VENMURASU: This is a book/novel with 26,000 pages and about 2.3 million words. It is a novel written by Jeyamohan in Tamil language. It is a an abreast renarration of the Indian classical epic Mahabharatha. 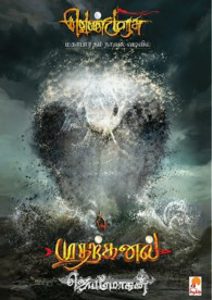 How many words is the longest book ever written?

In January 2014, the author, Jeyamohan, embarked on writing the work and had announced his plans to write it every day for a ten year period. The book was finally completed in 2020 spanning through 26 volumes. It is the writer’s most renowned successful work and the longest book in history.

2. DEVTA: Devta is the second longest book in the world with 8,128 pages and about 2.4 million words. Devta is a series that embodies fantasies and thrillers. It is a novel written by Mohiuddin Nawab in Urdu language. Devta was published monthly  from February 1977 to January 2010 approximately being published for 33 years in the Pakistani magazine Suspense Digest. 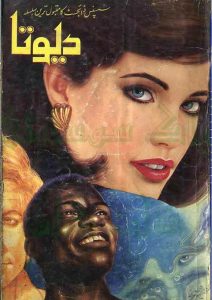 Which book has the most pages in the world?

Devta is an autobiography that was fictionalized to recount the life of Farhad Ali Taimoor who gained telepathic powers. Spanning through 49 volumes with an estimated word count of about 2,450,000. The book is recorded to be the longest continuously-published story ever known to be on record. Publication of Devta had started in February 1977 and continually appeared in the Suspense Digest monthly until it concluding chapter was published in January 2010. It is one of the longest books in the world.

3. A CHRONICLE OF ANCIENT SUNLIGHT: Written by Henry Williamson, the book is one of the longest books in history with about 6062 pages and over 3 million word. 1863 marked the opening of the series which went further to tell the story of Philip Madison and his family. 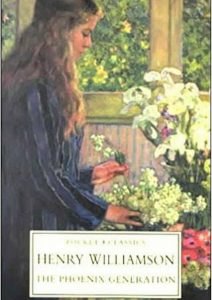 Longest Books In The World In English Language

It recounted the two world wars and the first half of the twentieth century. With great fictitious display, the book was a narration of the authors life. Released for three years, the book remains a masterpiece published between 1921 and d1929, it, no doubt, remains and of the longest books in the world.

4. MEN OF GOOD WILL (LES HOMMES DE BONNE VOLONTÉ): The epic novel circle with about 7892 pages and about 2,070,000 words, Men of Good Will is an English translation of the original French title; Les Hommes de bonne volonté. It is an epic roman-fleuve written by Jules Romains, a fine French writer. 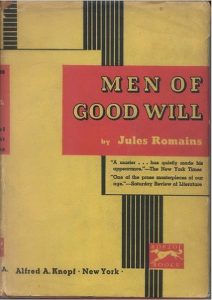 largest and longest books in the world

Also see: How to start a conversation with someone for the first time

5. ARTAMÈNE OU LE GRAND CYRUS: With about 13095 pages and over 1,954,300 words, Artamène ou le Grand Cyrus or Cyrus the Great (in English) is a novel sequence, published in the 17th century. Originally, the book was  published in ten volumes. 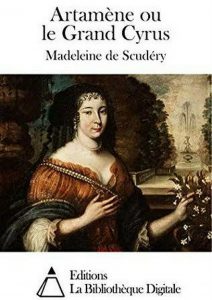 The 10 Longest Novels Ever

Attributed to Georges de Scudéry, the renowned French writer, the book was published in French language between 1649 and 1653. It is categorized as a Roman-fleuve and one of the longest books in the world.

6. HET BUREAU (THE OFFICE): The Office is the English translation of HET BUREAU, a book with about 5058 pages and about 1,590,000 words. Written by Dutch novelist, Johannes Jacobus Voskuil  who was born on the 1st of July 1926, in The Hague and lived through till the 1st of May 2008 when he died in Amsterdam. 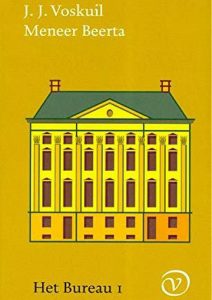 Incredibly Long Books To Keep You Entertained Through The Quarantine

He won the Libris Prize for Het bureau 3: Plankton in 1998. The book ranks as one of the longest books in the world.

7. GORDANA: Gordana is one of the very best works of Zagorka. The book contains about 8768 pages with over 1,400,000 words. Published between 1934 and 1935, the book dealt with the death of Arpad King Matthias Corvinus. 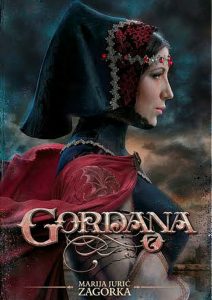 What is the longest book in the world 2022

The book is one captivating piece of literary work that fictionally narrated the struggle of legitimacy and entitlement to the throne and the battle of Mohács in the early 16th century. It is the longest work produced by the author and one of the longest books in the world. 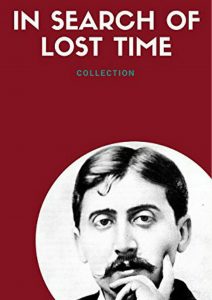 Longest book in the world in English

At some point, it was referred to in French as La Recherche meaning, The Search. It is a novel written by the French author Marcel Proust. It has seven volumes. A prominent work of the 20th century and one of the best works of Marcel Proust. The novel was published by Grasset and Gallimard around 1913–1927. It is one of the longest and famous books in the world.

9. BOTTOM’S DREAM (ZETTELS TRAUM): This is a book with 1496 pages and about 1,300,000 words. Bottom’s Dream is the English translation of the German book; Zettels Traum published in 1970 by the West German author Arno Schmidt. 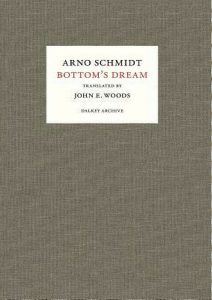 In 1963, the author started translating the novel. It was recorded that the novel was inspired by Finnegan’s Wake, a novel by James Joyce. The novel was published in English in 2016. It is one of the longest books in the world.

10. JOSEPH AND HIS BROTHERS (JOSEPH UND SEINE BRÜDER): The four-part novel by the German author; Thomas Mann has about 1,492 pages with over a million words and written over a period of 16 years. 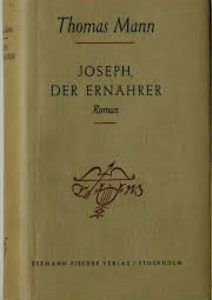 Longest Books in The World written in English

Published between 1933-1943, the book recounts the Biblical story of Joseph as recorded in Genesis chapter 27 to 50. The author historically set the book in the Amarna period. It is considered one of his greatest works and one of the longest books in the world.

Recommended: Most Dangerous books in the world

In conclusion, although these books mentioned does not represent the only books with long pages and chapters but, based on objective statistics, they are the top 10 longest books in the world. They are a good read and should not deter you by their overwhelming number of pages and words contained in them.