Home » Scholarly Articles » Most Dangerous Forests in The World (With Pictures): Top 8

Most Dangerous Forests in The World (With Pictures): Top 8 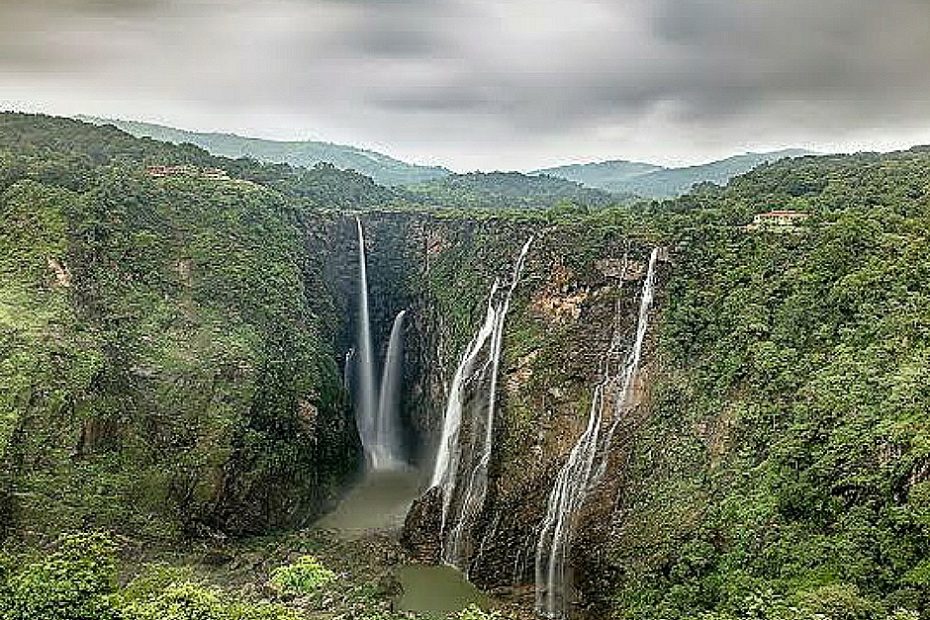 Most Dangerous Forests in The World: Forests are dense uncultivated tract of trees and undergrowth, larger than woods. They are large area of land covered by trees. Forests could be tropical, temperate, boreal or plantation forest. Forests contribute positively to the ecosystem, livelihood and production. Forests are also homes for wildlife. Consequently, most forests are heavily restricted and activities in the forest regulated. Forests create avenue for adventures and tourisms. Thus, it also serves for recreational purposes. Forests are another world altogether. They are strange, distant and usually occupy a large area of land.

Forests by their very nature can be very dangerous. Asides being a hideout for terrorist, there are other factors which pose danger in forests such as the atmospheric condition, lonely nature, distance, the kind of trees that grows in the forests, the activities that goes on in the forests, dangerous animals, mystics and so on. The disparity and intensity of the existence of these factors makes some forests more dangerous than others.

Below is a list of the most dangerous forests in the world.

1. Amazon Rainforest: Amazon Rainforest is also known as Amazonia. It is a forest always at the top for being the most dangerous in the world. It is a tropical rainforest covering a large area of 5, 500, 000 kilometre square and the locations; Brazil, Bolivia, Ecuador, Venezuela, Suriname, Peru, Guyana, Colombia and French Guiana. 60% of the rainforest covers Brazil, 13% covers Peru, 10% covers Colombia and other locations take up the rest of the forest area. Amazon Rainforest is the largest tropical rainforest in the world. Tourists should not be carried away by the beautiful view of the forest. It is best to tour with a guide. 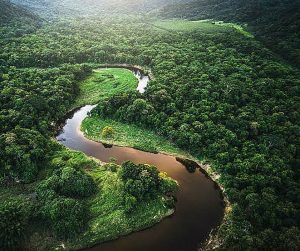 Most Dangerous Forests Around The World

There are risks of Malaria from mosquito bite as well as yellow fever; a high risk ailment. There are risks of bites from unfamiliar insects, rodents and ranges of wild animals as are being housed by the forest. The atmospheric condition, being a tropical forest is not a favourable one and it is usually worst in winter or rainy seasons.

Amazon Rainforest houses snakes, venomous spiders, aggressive ants, leaches, parasites, poisonous plants and so on. Amazonia environment is a very strange and hostile one notwithstanding that there are indigenes who inhabit in the forest. One has to be extremely careful in Amazon Rainforest since everything poses as threats; from what you eat and drink there to where you stay and the amount of time you spend there.

Recommended: Most Dangerous Dog Breeds in the world

2. Sambisa Forest: Sambisa is a National Forest in the Northern Nigeria. The forest is located 60KM Southeast of Maiduguri, Borno, Nigeria and covers Western Sudanese Savannah. Sambisa forest is governed by the Islamic State of Iraq and the Levant (ISIL). Sambisa forest covers parts of Borno, Yobe, Bauchi, Jigawa, Darazo, Gombe and Kano. Sambisa Forest has been conquered and occupied by terrorists, particularly Boko Haram, and this sole factor renders the forest extremely dangerous coupled with other factors that are incidental to a forest. 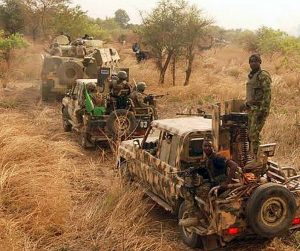 Most dangerous jungles in the world

Boko Haram is a top terrorist organization in Nigeria whose aim is said to be motivated by but goes beyond Islamization of the country. Being a forest, Sambisa is as well occupied by thick vegetation, creepers, reptiles and other dangerous animals. Sambisa is a forest of uncertainty.

Regrettably, the major threat faced by people in Sambisa forest comes from human beings (terrorists) who do no not attack on defence but on an outright attack. In fact, the terrorists are the dominant indigenes of the forest. At the mere mention of Sambisa, danger is perceived. Nobody ever ruminate the idea of going for tourism and adventure in Sambisa.

Also see: Most dangerous snakes in the World 2022

3. Hoia Baciu Forest (Romania): Hoia Baciu is rated as the creepiest forest. The forest is located at Cluj County, Transylvania in Romania. It is also referred to as the Bermuda Triangle of Transylvania. Hoia Baiu is a very strange and unusual forest manifesting some signs of mysticism. Hoia Baciu is situated at the west of the city of Cluj-Napoca in Transylvania. 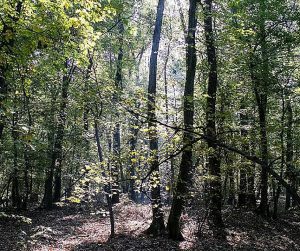 Which Are the Deadliest Forests in the World?

The forest covers an area of 295 hectares. Regardless of the dangerous tendency of the forest, people still use the forest for recreational purposes. There have been stories of the forest being inhabited by ghosts, cases of reappearing and ever young girl, unusual shaped trees, and so on.

4. Crooked Forest (Poland): Crooked forest is made up of usually shaped pines trees. The forest is located at Gryfino County, West Pomeranian Voivodeship, Poland. The forest is dominated by pine trees which have oddly bent shape. The pine trees were said to be planted sometime in the year 1930. 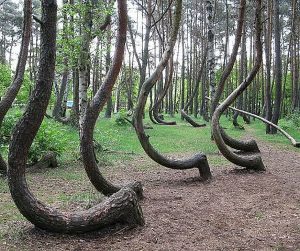 Which is the dangerous forest in Africa?

There are a lot of mystical stories surrounding the making of the shape of the pine trees in the forest, ranging from the fact that the trees were naturally shaped in those curves for the production of timber, or that they were bent into the shape by snowstorm.

Also see: Most dangerous and wild animals in the world

5. Joy Falls forest (India): Here is another dangerous forest in the world. The forest is located in Sagara Taluk, Shimoga District, Karnataka, India. Joy Falls is a waterfall surrounded by forest, and this waterfall is considered a dangerous one. 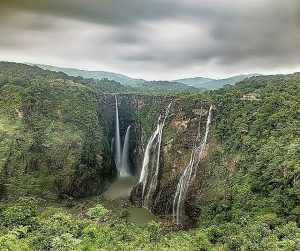 What is the most dangerous forest in the USA?

The forest has restricted entry. It has recorded stories of strange strangling of people to death. The forest houses wildlife and has several large caves round the forest.

6. Aokigahara Forest: Aokigahara is a forest in Japan. It is also referred to as the Sea of Trees, and the suicide forest. Aokigahara forest has its location in Mount Fiji. The suicide forest name was ascribed to it by the virtue of several suicides being committed by people in the forest. 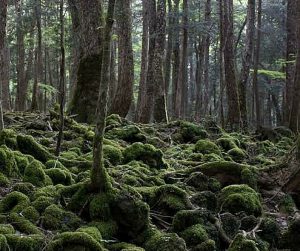 Most Dangerous Forests in The World 2022

In fact, an inscription was inscribed discouraging suicide at an entrance of the forest. Being a suicidal home, you would meet a lot of skeletons hanging and on the land areas, and regularly death bodies too. The land areas of the forest are made up of volcanic rock.

The indigenes loosely refer to the forest as the home of ghosts due to the mysterious occurrences being experienced in the forest. Aokigahara forest is notorious for being the forest that is haunted the most in Japan.

Also see: Hardest sports to participate in the world

7. Black Forest: Black Forest qualifies as one of the most dangerous forests in the world. It is a forest in Germany. Black Forest is a very thick and dark forest and it is from this attribute that the name “Black Forest” was ascribed. Black forest has beautiful flora and fauna and houses dangerous creatures which render it dangerous. 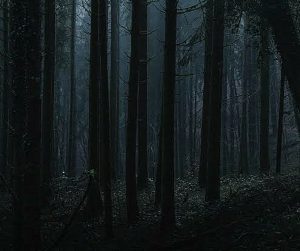 Which are the most dangerous jungles in the world?

8. Congo Rainforest: This is the second largest rainforest in the world and a dangerous one at that. The forest occupies roughly 2, 000, 000 kilometer square.

Congo Rainforest is located in the Republic of Congo. The forest houses varieties of dangerous mammals, insects, birds and rodents. 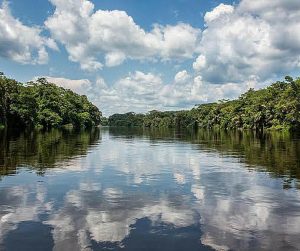 Haunted Forests Around the World

Also see: Countries with the most nuclear weapons in the world 2022

Regardless of their propensity to risk lives, forests also qualify as recreational arenas. Some forests even have constructed recreational parks in them. Using forests for its recreational purpose must be done with a guide. Forests generally, by their very nature are dangerous although some are more dangerous than others, and the above highlighted in this article are most dangerous.