Home » Fashion Updates and Trends » Most Underrated Rappers of All Time: Top 10

Most Underrated Rappers of All Time: Top 10 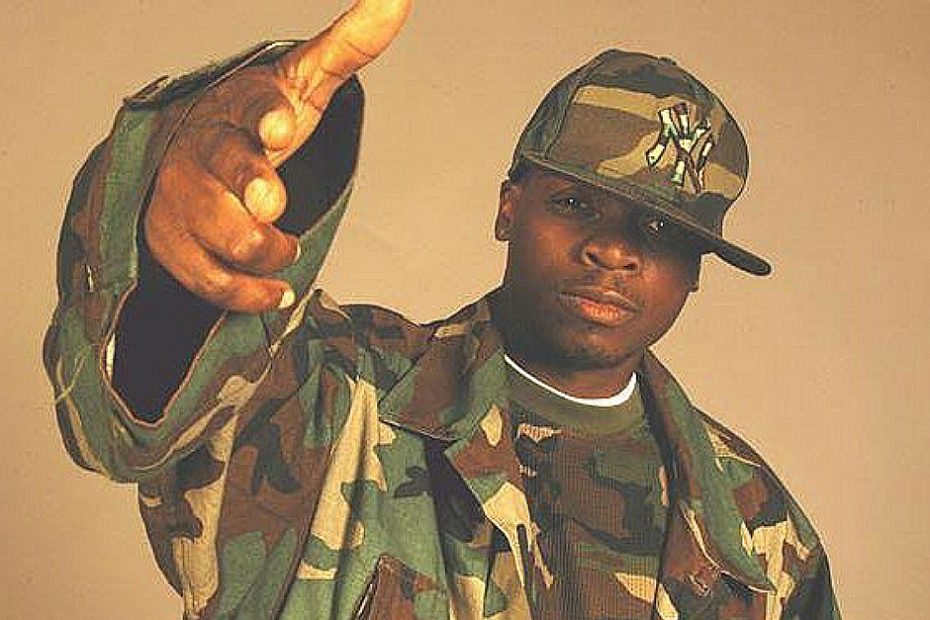 Most Underrated Rappers of All Time: Undercover or Underrated However you want to call it, there are certain rappers out there who haven’t received the critical praise and/or commercial success comparable to their talent. Every underdog also deserves to have their day.

But don’t misunderstand: This isn’t a ranking of rappers based on their skills or expertise. We’re evaluating “Greatest” and “Slept-On” based on how underappreciated these artists are in comparison to the quality of their catalogs, even if everyone on this list has unquestionably displayed tremendous artistic ability at some point or another. Let’s explore in this post, the 10 most underrated rappers of all time.

Recommended: Most Underrated Musicians of All Time

1. Tech N9ne: Tech N9ne has been the most underrated rapper ever, but he also happens to be one of the most popular independent rappers ever because of his devoted fan base. Tech was unquestionably innovative in the commercial world. Throughout the 2000s, when the majority of rappers went on SMACK DVD to flaunt how much advance money they received from their major deals, he managed to succeed on his own. He started his Strange Music company from scratch on the strength of his excellent rapping. 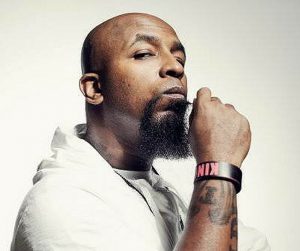 Most Underrated Hip Hop Lyricists of All Time

Why hip-hop fans front Tech is a mystery to us. He has a variety of techniques and is a great rapper who can spit double-time with the best of them. A rapper’s rapper, he is. He also provides one of the best live hip-hop performances (he was highly offended when the L.A. Times accused him of lip-syncing). In other words, he contradicts everything that jaded rap fans think is wrong with the current crop of rap artists.

2. D.O.C: The D.O.C. is primarily recognized by younger rap fans thanks to the shout-outs other rappers have given him over the years, such as Jay-statement Z’s that “No one can do it better.” However, the D.O.C. is regarded by purists of old-school rap as one of the best wordsmiths of the 1980s, on par with icons like Kool G Rap, Big Daddy Kane, and Rakim. 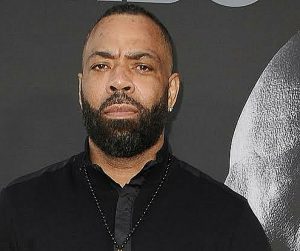 Who do you think is the most underrated rapper ever?

His most famous work is the aforementioned No One Can Do It Better debut album, which includes the timeless first track “Funky Enough.” Tragically, The D.O.C.’s promising career came to an abrupt end after he was engaged in a car accident, which left him with laryngitis and effectively destroyed his voice—a rapper’s only instrument. Since then, he has attempted releasing albums, but he was just not the same. However, that doesn’t imply that he didn’t find ways to affect the game.

Recommended: Most Beautiful Cars in the World

3. Big Pun: Anyone who understands anything about rap knows that Punisher was one of the best to ever do it. Rap enthusiasts cite his tongue-twisting rhymes as verses from the Bible. He is still underappreciated despite being an A1 rapper who frequently receives second-class treatment because he was unable to complete many albums before he died suddenly. 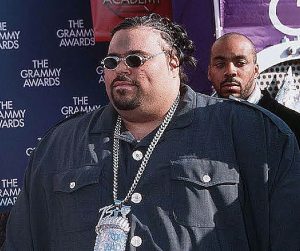 Who are your favourite underrated rappers?

A pun is acknowledged, but we’re just arguing that as time has gone on, his influence has diminished. True, he only had the opportunity to release two albums, but so did Biggie and Big L, who is frequently mentioned in GOAT discussions. Pun’s effect can be compared to that of someone like DMX, who was huge in 1998 and 1999 but essentially flamed out. Pun still doesn’t receive enough praise for his sense of humor, rhyme scheme, or the deft way he incorporated Spanish into his rhymes.

4. Suga-Free: Suga Free, a DJ Quik associate, is one of the most recognizable and charismatic rappers in history. Compton-MC Dejaun Rice, who was born in Oakland, put out a debut album that many hip-hop aficionados regard as one of the genre’s best. Despite all the miracles DJ Quik performed behind the scenes, Suga Free still hosted the show. A rhythmic genius, the verbose pimp-rapper extraordinaire spews thick narratives laced with humor, naivety, drama, and sincere insight. 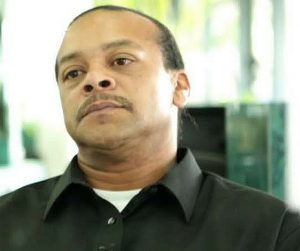 Who is the most underrated rapper?

Witness the album’s most affecting moment, the heartbreaking “Dip Da.” But basically, he’s humorous; he’s had numerous follow-up albums and some My can’t-miss singles. He managed to make all his morally conflicted chest-beating sound utterly genuine. Nearly every guest verse is a special moment, making both volumes of his Features compilations worth looking through.

5. Tha Liks: Please tell us why Tha Liks seems to have vanished from existence in 2012! When was the last time you heard the name of the group referenced in a rap conversation among peers like The Pharcyde, even though they are no longer in existence as a unit? The fact that Liks had multiple excellent albums, a great song with “Hip-Hop Drunkies,” and even Tash’s solo album, Rap Life, is pretty darn good makes it all the more irritating. Perhaps you’re just picking up too much from your instructors; King Tee, another person on this list, introduced them to the game. 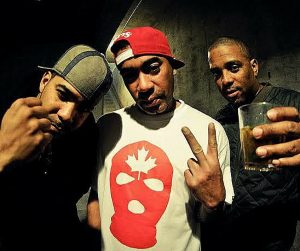 Most Underrated Rappers of All Time

It is not surprising to us when preachy-conscious rappers have poor sales. As we all know, they may be annoying. But given that Tha Liks were essentially party rappers who talked about, it’s puzzling why they never peddled “hoes, flows, and 40 oz.” and spoke lyrics like, “Why are you laughing at me, baby? I’m lookin’ for the hoes that got some sex I could borrow/I’ll gladly pay you back next Wednesday, the 3rd. My motherfuckin’ word, that.”

6. Wise Intelligent: Was it as a result of the absence of that one classic single? Or is it because they insisted on standing up for the 5 Percenter ideology? Or was it just that their names were a little arrogant and corny? Perhaps it was a combination of all three, but the reality remains that Poor Righteous Teachers are one of the underrated well-known bands. 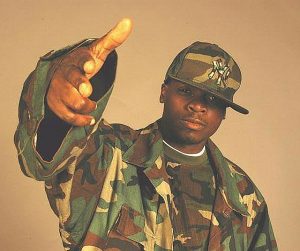 Most Underrated Rappers in the world

PRT released several enjoyable yet thought-provoking albums, such as Holy Intellect and Pure Poverty, but received little praise at the time and almost any now. Wise Intelligent, the band’s frontman, went on to establish a solo career that few people are aware of, but his artistic legacy is still present if you know where to look. Being intelligent and erudite in the 1990s was pointless, as Poor Righteous Teachers serves as a timely reminder.

7. Akinyele: Although not the first rapper to turn ignorance into art, Akinyele was among the greatest. He has occasionally been overshadowed, most notably by Nas’ appearance as a guest on “Live at the BBQ.” Then, the then-rising New York rapper from Queens was eclipsed by his biggest hit, “Put It In Your Mouth,” a relentlessly seductive tune with an incredibly subtly sexual implication. 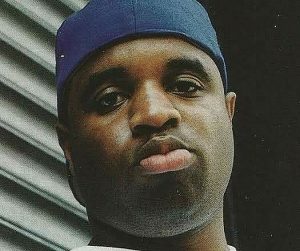 Most Underestimated Rappers of All Time

None of his subsequent works achieved that kind of popularity, and the general public in America views him as a particularly obscene one-hit-wonder. Hip-hop fans, however, are familiar with him as a particularly irreverent figure with a strong discography, a unique rap style, and an entertaining, over-the-top, albeit usually vulgar, lyrical approach.

8. Black Rob: Puffy was looking for a substitute for Biggie when he passed away and Mase left the scene, but such a person did not (and would never again exist). Puffy then deployed Black Rob after doing his best. Rob, a talented rapper with a street smart, scored a tremendous hit with “Whoa!” That ended up being his career’s best and worst thing to ever happen at the same time. 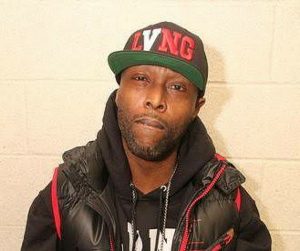 Most Unpopular Rappers of All Time

People began to believe that Rob was a one-hit wonder who got lucky by connecting with the wild Buckwild beat. Rob’s career halted after he released very little music and served time in prison, but that didn’t change the fact that he was an excellent rapper with the ability to spew deep rhymes.

Recommended: Smartest Animals In The World (With Pictures)

9. Jean Grae: Grae Jean is a female rapper from the present era who truly raps about what it’s like to be a woman. False starts have mostly characterized Jean’s professional life. She entered the underground scene in the late 1990s, and in 2002, she released the well-received debut album Attack of the Attacking Things, which helped her gain recognition. 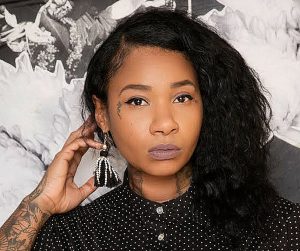 List of the most Underrated Rappers of All Time

Then she collaborated with 9th Wonder to create the amazing yet underappreciated Jeanius. In 2004, the album was leaked online. For some reason, Grae went on pause for a while until the album was formally published in 2008. Her professional life hasn’t changed much since then. It’s unfortunate because Grae is such a unique talent with the ability to cram an absurd number of syllables into a sentence while maintaining an off-kilter flow that keeps you guessing. She also excels at exposing her soul.

10. Lil Boosie: Introduce Lil Boosie Boo, also known as Lil Boosie/The Rapper Who Raps About Killing, Shooting, and Marijuana Distribution. Boosie has flirted with the mainstream charts in the past, appearing as a guest on Foxx’s “Wipe Me Down,” but his real strength lies in the library he spent the majority of the 2000s creating up to his 2009 imprisonment on drug and gun-related charges. 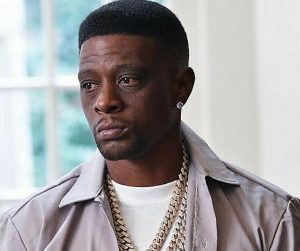 Unpopular and underestimated Rappers in the world

He became a fan favorite on the southern touring circuit by portraying himself as a man of the people and a gun-toting drug trafficker who isn’t afraid to shoot, fighting murder cases while purchasing food and toys for neighborhood kids. His scratchy vocals and gripping delivery cut through the noise on every track he appears on.

Being slept-on has two different definitions, both of which are acceptable examples. Rappers encounter these problems for a variety of reasons, including label issues, arrest, being too out there, being mired in a local scene, and being overtaken by another band member. Every rapper has a lower-case complex about being “the top,” and whenever they aren’t acknowledged as such, there is an inevitable discussion about underrated.