Oldest Companies In The World (Still In Existence): Top 12 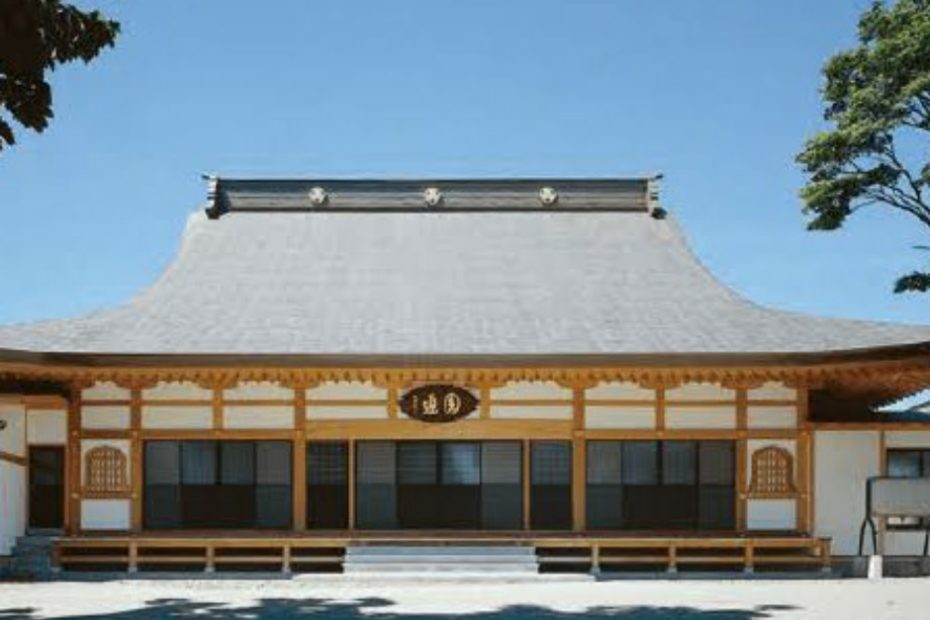 Oldest Companies In The World: Surprisingly, Japan is home to the vast majority of the oldest businesses. This is not all that shocking considering how ancient Japan is and how strong its economy is. However, there are several more businesses that have been in operation for more than a millennium. When you give it some thought, a thousand years is really very incredible.

Of course, all of the businesses on the following list have endured several wars, calamities, and other periods of devastation. This accomplishment is remarkable in light of the fact that nations may rise and fall, empires can be captured by invaders, and so on. To learn more about these businesses, keep reading.

Recommended: Oldest Religions in the world

Top 12 Oldest Companies In The World And What They Do

1. Kongō Gumi: Even though this corporation formally entered a liquidation in 2006, it is nonetheless important to note. Technically, the ruins of the once-famous corporation are still present despite being bought out. At least until it becomes less and less relevant with time. 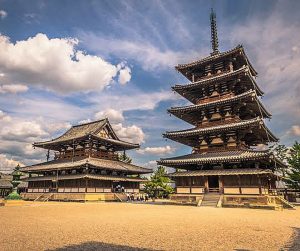 First company in the world

With a more than 1,400-year history, It is hard to understand why anybody who is in charge of the oldest firm in the world would allow it to go down, yet that is exactly what occurred to this company lately. It appears that the company’s demise was brought on by enormous debt.

a. Founded a little more than a century following the collapse of the Roman Empire

b. Technically inactive as the world’s oldest corporation.

2. Genda Shigyō Paper Industries: Although we may praise China for inventing paper, it wasn’t invented by Japan. Instead, this is the world’s oldest paper delivery system. It is amazing that a company with well over a thousand years of existence has survived thus long without succumbing to economic constraints like competition. 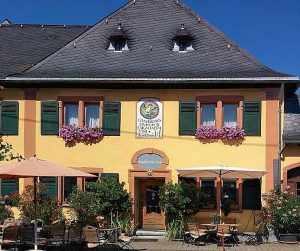 Where Are the Oldest Companies in Existence?

a. Produces ceremonial paper goods, such wedding invitations, by printing.

b. Gifts can be wrapped using artistic paper patterns.

c. specializes in creating cords out of twisted paper. 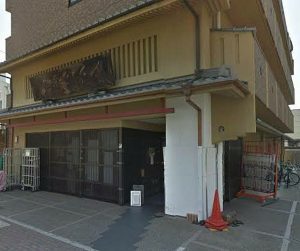 Which are the Oldest Companies in Every Country in the World?

This winery not only survived the fall of the Holy Roman Empire but also the annihilation of World Wars I and II, which resulted in the deaths of nearly 10 million Germans and the destruction of various areas.

a. Now doubles as a winery and guest home.

b. Has a vineyard that spans over 7 hectares.

c. Survived the development and disintegration of Hitler’s Third Reich, World War II, and the Allied invasion of Germany.

4. Monnaie de Paris: The Monnaie de Paris created coins that were circulated throughout France long before the European Union began making Euros for commerce across Europe. This demonstrates that this mint has produced currency for a variety of political settings, including the Nazis during World War II. 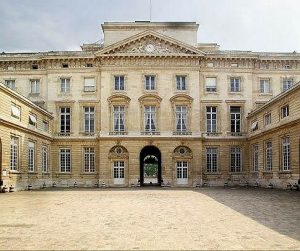 Oldest company in the UK

It’s interesting to note that this mint even started printing Euros right away once France joined the EU. The oldest mint in human history, it has produced several different denominations of money while employing locals.

b. Has generated euros and francs.

5. Tanaka Iga: You might picture a chain like Mardel when you hear the term “religious goods store,” even though it is a relatively new brand. However, because the Tanaka Iga is so old, Buddhism, the religion for which it sells items, was created earlier than today. 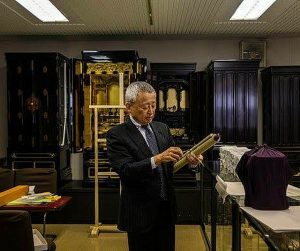 The fact that this business manufactures a large portion of the items it sells is possibly the most intriguing.

b. Probably the oldest shop in the world without a food or beverage section.

c. Produces the majority of the products that are offered there.

6. Royal Mint: This firm, which is under government administration, has been making money and employing Britons for more than a millennium. Producing coins that can be used as the nation’s money is the mint’s primary duty. 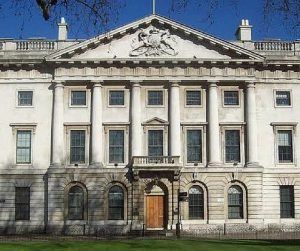 Today, the location serves as a museum where you can view a brief history of the development of the British pound. Or, have a look at how coins are now made. They won’t, however, provide all of their financial details to you.

a. One of the first government-run businesses still in existence today.

b. Currently, over 5 billion coins are made annually.

c. Medals that officials might wear as incentives were also manufactured.

7. Nakamura Shaji: Even though this building firm has been in business for almost a thousand years, it isn’t the oldest in recorded human history. In actuality, it is second only to a corporation that is based in the same nation.

However, this firm has just taken the lead in the building market since the oldest construction company (and oldest organization in human history) went out of business.

a. The second-oldest construction enterprise in Japan.

8. Chateau de Goulaine: Even though it is uncertain how long this old castle has been functioning as a winery, the foundations of the castle encircling the winery trace back to the 15th century. But the same family has produced wine on the property for more than a millennium. 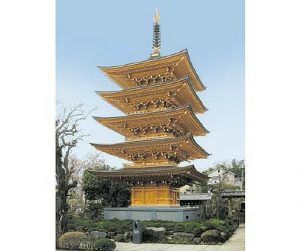 The property has recently been put on the market, so it may soon stop making wine. Regardless, it will continue to be one of the oldest wineries in history and a long-running family business.

a. Recently placed on the market for sale as real estate.

b. Has been making wine for so long that the exact date this company began operations is unknown.

c. The owner’s family once entertained Henry IV and Louis XIV at the property.

Recommended: Most Beautiful Animals In The World

9. Shumiya Shinbutsuguten: For almost a thousand years, the first nation on our list has produced goods for Buddhist monks and practitioners. Siddartha Gautama, the founder of Buddhism, lived between 600 and 500 BCE, which indicates that the time this store has existed is almost as close to the time of Buddha as it is to the present. 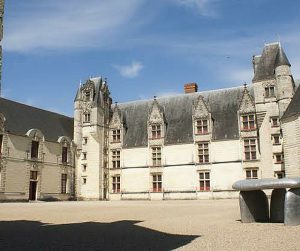 Oldest Companies In The World still in existence

It is still possible for anybody searching for Buddhist shrines, decorations, or other holy goods to visit this shop and buy items that monks would have bought over a thousand years ago.

a. Have been creating monk-specific attire for about a thousand years.

b. Make Buddhist altars, shrines, and other pious decorations for your house.

10. Marinelli Bell Foundry: A company that creates cast metals is a foundry. In terms of human history, this profession is relatively recent, although this foundry has been in operation for for a thousand years. In fact, it is possible that this business was responsible for many of the bells found in ancient churches throughout Italy. 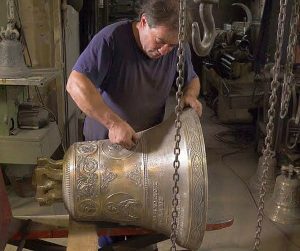 Which is the oldest company in the world?

Due to the company’s age, it is nevertheless accessible to visitors looking for a museum-like experience.

a. The oldest and longest-running foundry that is currently known to exist.

b. Today, tourists may have their own little bell for for $50.

c. Has been casting metal with the same method since it was founded.

d. Has produced a large number of the bells present on ancient Italian churches today.

Recommended: Most Expensive Wines In The World And Their Prices 2023

11. Koman Hotel – 707 AD: The Koman hotel located in Japan is the world third oldest company in the world. It was founded by Gonnokami Hiuke in 707 AD based on an inspiration he got at the time. 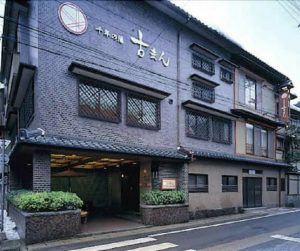 Oldest brands in the world

Notwithstanding these, the hotel was one of the finest around with amazing services. It remains a ryokan (traditional) Japanese Hotel with such exquisite hotel services. It is reputable for some of its fascinating decors and accessories. It has the communal baths and rooms with tatami mats. It was quite unique and soon after, the descendants of Gonnokami Hiuke was recorded to have opened bathhouses within the vicinity of Kinosaki Onsen. 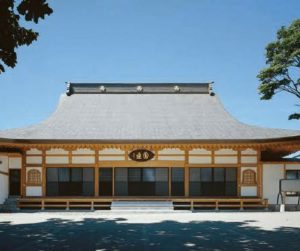 What is the oldest family owned company in the world?

Recommended: How to choose the right business to start

An organization must have been in existence for more than 200 years and have been around from its founding to qualify as an old firm. What sectors did the world’s oldest companies operate in? Although these companies operate in more than 30 various sorts of sectors, banking was determined to be the most prevalent. Other companies that have endured the test of time and rank among the oldest in the world include breweries, vineyards, distilleries, and postal services.