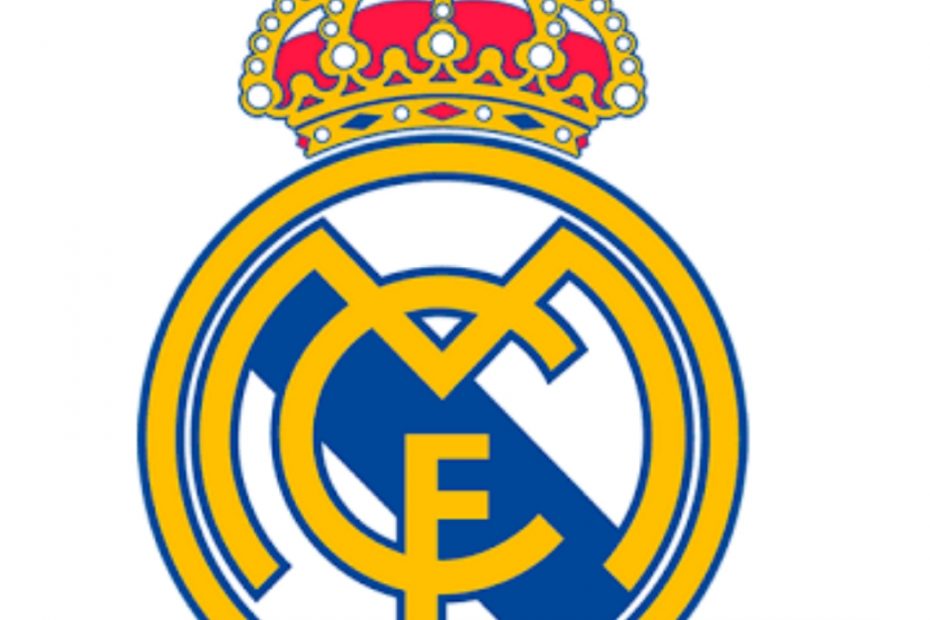 Most Successful Football Clubs in the world: Football is undoubtedly the world’s most popular and watched sport. It is one of the most popular sports on social media—watched, admired, and played on every continent. Humanity just cannot live without this beautiful game. The professional teams, on the other hand, add to the excitement. Every country has some kind of professional league that supporters look forward to every week. Football becomes a devastating art when performed at the top level with the best talent.

Football clubs’ values have skyrocketed in recent years as a result of significant investments made by corporations and club owners in a variety of sectors. As a result, regardless of numerous narratives surrounding various aspects of football, it is seen as a competitive sport. The ultimate goal for all clubs is to win trophies.

Trophies are the sole evidence of these wins, and an amazing trophy room is the finest method to establish your value to future generations and investors. As a result, these teams are not regarded successful because they play in difficult leagues; they are considered successful because they win titles and win over the hearts of great fans by going through stormy stages, rebuilding their squads several times, and continually working out. All with the sole purpose of collecting silverware after the season.

1. Al Ahly Sports Club – 118 Trophies: Al Ahly SC is an Egyptian team that has won a slew of prestigious trophies throughout the years. Since its inception in 1907, they have had an unrivaled record in both the Egyptian Premier League and the Egypt Cup. They have won the Cairo League 16 times and the Sultan Hussein Cup seven times. Al Aly S.C. also has eight CAF Champions League shields in their trophy collection. El Shayateen El Homr has also won the CAF Super Cup six times. They have been a fully consistent and progressively powerful club, notably in African football. 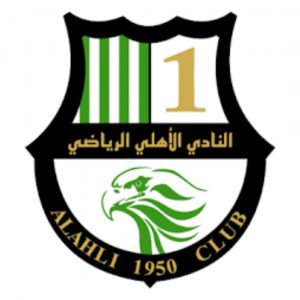 Most successful team in the world

Al Ahly SC earned the bronze medal in the FIFA Club World Cup in 2006 and the CAF Confederation Cup in 2014. Overall, their record positions them at the very top of this ranking.

2. Rangers FC – 115 Trophies: Rangers FC’s reputation in terms of trophy accumulation is possibly unrivaled in Europe, as evidenced statistically. They have won 115 silverware and seven times achieved the treble of winning the League Title, Scottish Cup, and League Cup in the same season. They most recently accomplished this in 2002-03. 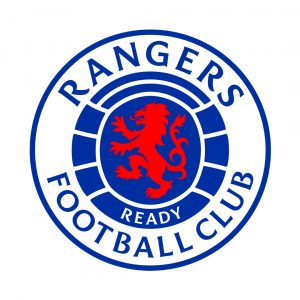 Football club with most trophies in the world

The club was formed in 1872 and plays in white shorts and blue shirts (though blue-and-white-striped jerseys were worn in the early 1880s), thus the moniker “the Light Blues.” Between 1899 and 1954, the club was controlled by only two individuals, William Wilton and Bill Struth. Rangers won 18 league championships and 10 Scottish Cups during Struth’s 34-year tenure as manager. Rangers have won 54 Scottish league titles in total, including one shared with Dumbarton FC in 1891. 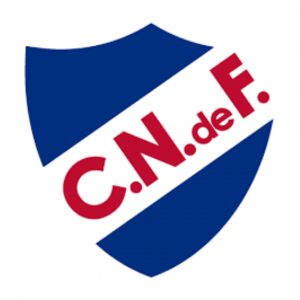 Most Successful European Clubs in History

While occasional games are played in Montevideo’s Estadio Centenario, Nacional plays the majority of their home games at the Parque Central, which is located in the La Blanqueada area and is also known as El Parque. 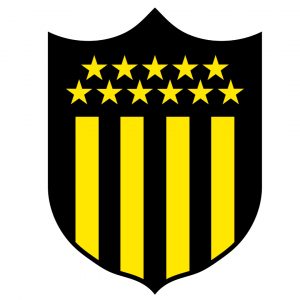 most successful football clubs in the world

Since joining Uruguay’s top-tier Primera Division in 1900, the club has likewise been highly constant and reliable; it has never been demoted. Atletico Penarol has 50 Primera Division championships and five Copa Libertadores to its name. The club’s home games are held in the 40,000-capacity Estadio Campeón del Siglo.

5. Celtic FC: Celtic FC is the most popular club in Scotland. This club was founded in November 1887 in Glasglow, Scotland. Celtic’s signature green and white colors are well-known across the world, and the team is no pushover when it comes to international games. Celtic has won 106 trophies, including 51 Scottish League titles. 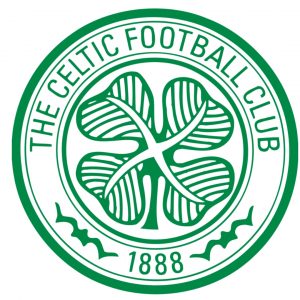 Most Successful Football Clubs in the world

Celtic FC was the first-ever British club to win the UEFA Champions League in the 1966/67 season.  Celtic has one of the biggest fan clubs in the world; the club is well recognized and well-loved by people from all over the world.

6. Barcelona: FC Barcelona is known for its historically skilled and appealing form of offensive football that emphasizes fluid, open play. The squad is part of a larger sports and social club with thousands of members. 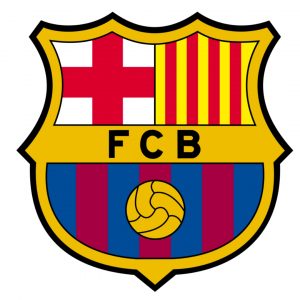 FC Barcelona was founded in 1899 by industrialist Joan Gamper, who advertised for players in a local Barcelona sports journal.

Barcelona has also produced a lot of its stars, and many of the club’s players have contributed to the Spanish national team’s biggest accomplishments, including victories at the 2008 and 2012 European Championships, as well as the 2010 World Cup.

The club is situated in Barcelona and is regarded as more than simply a football club by the locals. It is Catalonia’s symbol and a source of unity among Catalans. Barcelona has around 95 trophies, including 75 domestic victories and 20 European crowns. The club is one of the most well-known in the world, often earning awards. It plays its home games in the legendary Camp Nou Stadium, which has a capacity of 99,354.

7. Real Madrid: Real Madrid is the club’s undisputed monarch. One of the most recognized and successful football clubs in the world. Real Madrid boasts an outstanding trophy cabinet, having won 95 trophies, including European and world crowns. 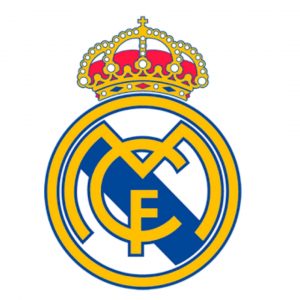 Which is the No 1 football club in the world?

Real Madrid’s worldwide renown was cemented under the leadership of Santiago Bernabeu Yeste, who played for the team from 1912 to 1927 and served as club president.

With its iconic blue-and-white outfits (influenced by an English club), Madrid made a reputation for itself very immediately in Spain. From 1905 through 1907, the squad won three consecutive La Liga titles under its first coach, Englishman Arthur Johnson. Real Madrid won 29 La Liga titles between 1986 and 1990, including five consecutive wins from 1986 to 1990.

8. S. L. Benfica: Benfica is headquartered in Lisbon, Portugal’s capital city. The club has won about 84 trophies and enjoys the unwavering loyalty of a vast number of fans. Benefica is one of the most decorated clubs in the world, and it has produced several outstanding players throughout the years. 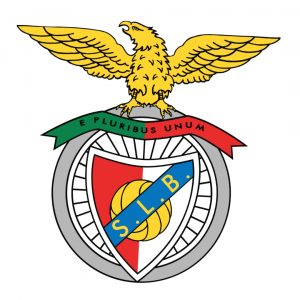 Who is most successful football club in the world?

Benfica is a fantastic club; it serves as a springboard for many bright young players, who go there to establish their worth before moving on to play for glory in Spain or money in England.

9. FC Porto: FC Porto is a Portuguese soccer team that competes in the Primeira Liga, the first tier of Portuguese soccer. They are headquartered in Porto and have won the Primeira Liga 29 times. Porto, along with Sporting CP and Benfica, is one of Portugal’s ‘big three’ and has never been demoted from the top flight. Since the league’s existence, the three clubs have won all but two of the contests.

Clubs that has won the most trophies

Antonio Nicolau de Almeida, a port wine trader who fell in love with soccer while visiting England, created Porto in 1893. They were the inaugural winners of the Campeonato de Portugal, the original elimination competition used to select Portuguese champions and organized by the country’s football organization.
The club has won 73 domestic and 7 international cup titles under its belt. Making them one of the most decorated in Europe.

10. Olympiacos FC: Olympiacos is Greece’s biggest and most well-known football club. The club was created in 1925 in the Greek city of Athens.

Recommended: Richest players in the world 2022

The most successful clubs in the world in terms of trophy count are found all around the world. Heavy investment and sponsorship trends have helped propel even the most modest ordinary clubs to the list of the world’s most successful teams. They have attained success via consistency, preparing ahead, and earning the hearts of their followers.