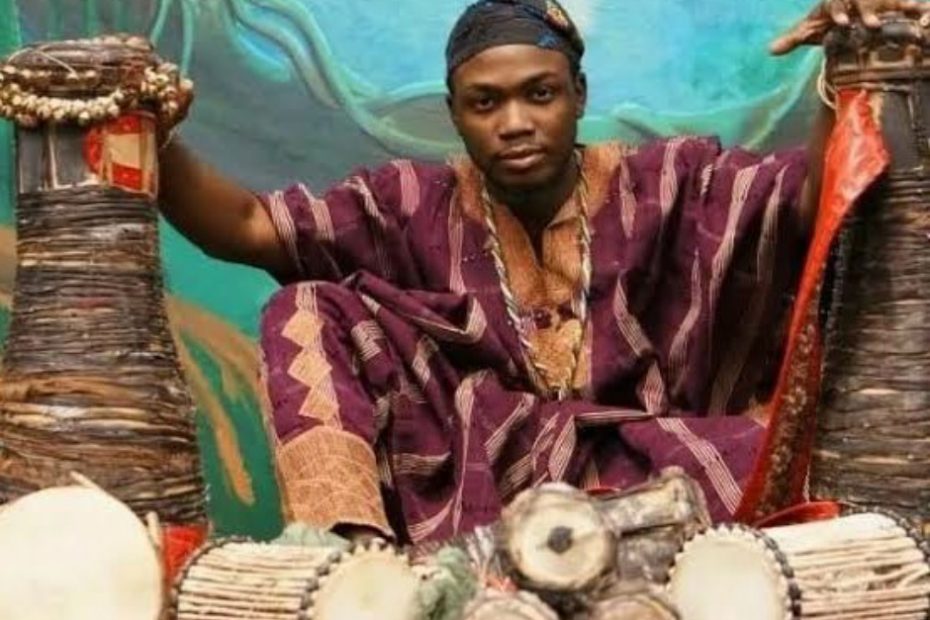 Yoruba People History, Culture and Traditions: There are numerous civilizations in Africa, and each is unique in its own way. We’ll look at the Yoruba people’s history, culture, and traditions in this blog article and discuss why they’ve gained so much attention internationally.

One of the greatest ethnic groupings in Africa south of the Sahara Desert is the Yoruba. They are actually many different people together by a shared language, past, and culture rather than being one cohesive group. Western Nigeria is dominated by the Yoruba ethnic group. According to Yoruba mythology, a hero by the name of Odua or Oduduwa is the ancestor of all Yoruba people. There are currently more than fifty million people who identify as Odua’s heirs.

Recommended: Problems of Education in Nigeria

In Africa, humans first appearance was recorded. This indicates that humans have spent more time in Africa than they have anyplace else, giving the continent more opportunity to give rise to different civilizations and more time for these cultures to develop, alter, and adapt. As a result, it is not unexpected to hear that Africa is one of the most ethnically varied continents in the world. 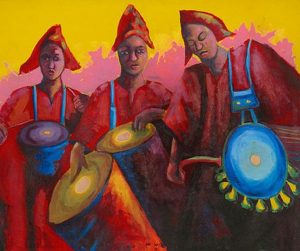 The Yoruba are one such tribe that has been receiving recognition on a global scale for their creativity, music, and historical significance in Africa. One of the biggest ethnic groups in Nigeria is the Yoruba, which is also to a lesser extent present in Benin and Togo.

Actually, they are a conglomeration of groups that have an influence on Sub-Saharan Africa and all speak the same language and have a similar culture. Although it is the original home of all of us, the Yoruba are still pleased to name this continent their home today. Who then are the Yoruba? The Niger-Congo language family, which includes many of that region’s cultures, is where the Yoruba are classified in terms of ethnolinguistics.

Due to their encounters with Portuguese traders, the Yoruba are first mentioned in writing. Unfortunately, the early Yoruba people were not only participants in this market but also its traders; a significant portion of the African slaves brought to the American colonies were Yoruba. The growing interest in Yoruba customs around the world can be attributed in part to this legacy.

Another ethnic group, the Fulani, invaded the Yoruba region in the 19th century and drove them south into the areas they currently occupy. The majority of Yoruba people were ruled by the British Empire at the beginning of the 20th century, where they remained for almost 60 years before Nigeria obtained independence.

There is an alternative history to the Yoruba’s official one. Odua, also known as Oduduwa, was a god-hero who helped create the Earth and was the first person to live on it, according to Yoruba mythology, which claims that the Yoruba people are derived from him. Odua is regarded as the ancient ancestor of all Yoruba clans. Yoruba society is still based on kinship, with each clan claiming a common ancestor. 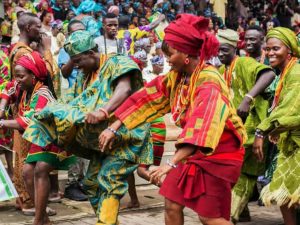 Despite speaking many dialects, all Yoruba people speak the same language. Because it is a tonal language, the intonation or pitch of a single syllable can indicate a variety of meanings. However, the Roman alphabet is used to write it. According to some estimates, up to 22 million people in Africa speak Yoruba.

The Yoruba oral tradition has thousands of proverbs, hundreds of prose narratives and riddles, praise poems, and tongue twisters.

Along with lullabies, religious songs, battle songs, and work songs, Yoruba music also features songs of praise and mockery. These often involve a chorus and a leader engaging in “call and response.” Drums, iron gongs, cymbals, rattles, and hand clapping all contribute to the rhythm. Long brass trumpets, ivory trumpets, whistles, stringed instruments, and metallophones are some more instruments. The “talking drum” is one of the more intriguing musical instruments. The “talking drum” has an hourglass shape and laces that can be pulled tight to change the pitch of the drum by compressing the goatskin head.

In cities, people dress in western attire. Rural areas and special occasions still call for the wearing of traditional attire. It is intricate and vibrant. Geometric patterns were block printed onto traditional textiles. Women usually wear a rectangular-shaped cloth headband. 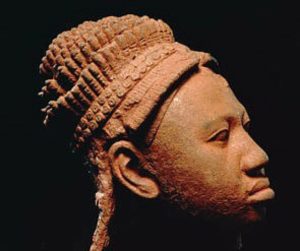 Where did Yoruba migrated from

By putting another rectangular fabric around their waists, they can carry newborns or young children on their backs. A loose-fitting, short-sleeved blouse can be layered with a third piece of clothing worn like a shawl over the shoulder. A larger piece of fabric doubles as a skirt. The buba and iro, aso eke are some of the traditional attires they are known for.

Also see: Most powerful superheroes in the world

The Yoruba people historically organized themselves into networks of connected villages, cities, and kingdoms, with an Oba (King) or Baale ruling over the majority of them (a nobleman or mayor). 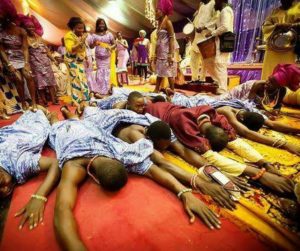 What are the Yoruba cultural values?

Yoruba communities are kinship-based, as already mentioned, with each clan claiming a common ancestor. Yoruba clans typically resided in sizable compounds with a single entrance, a sizable courtyard, and spaces for each family. Nowadays, cinderblock and iron-built communities with running water, electricity, and other amenities are taking the place of traditional communities. However, many Yoruba are also relocating to urban areas in pursuit of employment. Yoruba in urban areas frequently form ethnic enclaves, some of which can grow quite big.

Yoruba land was referred to as the Slave Coast during the four centuries of the slave trade. Numerous Yoruba were transported to the Americas. Yoruba customs were carried on by their descendants. Yoruba religion and Christianity have coexisted in several regions of the Caribbean and South America. The Yoruba kingdoms in Nigeria were incorporated into the Protectorate of Great Britain in 1893. The Yoruba were British subjects up to 1960 when Nigeria was a British colony. Nigeria gained its independence as a federation of states on October 1, 1960.

Plantains, cereals, and starchy tubers make up the Yoruba diet. Vegetable oils, cultivated and wild fruits and vegetables, meat, and fish are added in addition to these. Cassava, taro, maize, beans, and plantains are staples in the daily nutrition of the household. Amala and Ewedu, a type of fufu (or foo-foo) that resembles a dumpling but is made of cassava, is one of the most well-liked dishes (white yams). We only eat rice and yams on special occasions. 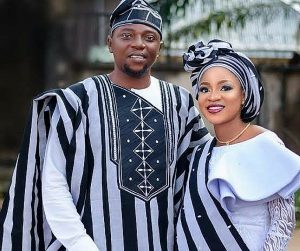 Since both recipes are so well-liked, they are frequently served together.

Weaving, embroidery, pottery making, woodcarving, working with leather and beads, and metallurgy are examples of crafts. Both men and women weave, employing various loom types. Cotton that is cultivated nearby and wild silk are used to weave cloth. 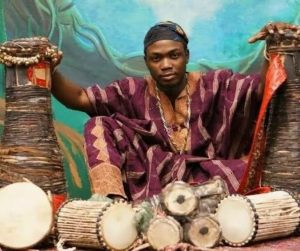 How large is the Yoruba tribe

Men labor as tailors and dressmakers and embroider, especially on men’s robes and caps. Men also produce storage bags for mats and floor mats. The potters are females. They produce more than twenty different types of pots and plates for cooking, eating, carrying, and storing liquids in addition to palm oil lamps.

All of the guys who carve objects out of wood are men, and their creations include bowls, pestles, mortars, and figures. Stone, bone, and ivory are also used by some Yoruba woodcarvers. Blacksmiths manufacture both functional and ornamental items out of brass and iron.

Recommended: Oldest religions in the world

Up to 20% of Yoruba people still follow the ancient religions of their ancestors. Traditional religious observance differs from community to community. A deity (god), for instance, might be female in one town and masculine in another. According to traditional Yoruba religion, there is a single supreme being and countless orisha, or subordinate deities. A deity’s “children” are those who worship him or her. 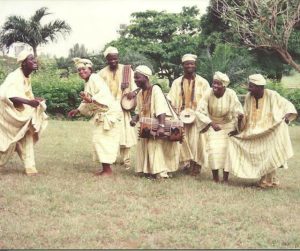 What is the Yoruba traditional religion?

There are three universally accessible gods. The lofty deity, or Sky God, is the Creator. Prayers or the pouring of water on kola nuts lying on the ground are two ways to invoke him. The divine messenger who brings sacrifices to Olorun after they are offered at his altar is Eshu (also known as Legba by some).

Everyone offers frequent prayers to this god. The requests of Olorun are translated into human language by the God of Divination, Ifa. In times of difficulty, followers of the Yoruba religion resort to Ifa. Ogun, a different god who is associated with metalworking, the hunt, and war, is regarded as one of the most significant. People who adhere to traditional beliefs in Yoruba courts promise to deliver accurate testimony by kissing an object that is precious to Ogun.

The god who causes thunder is called Shango (also spelled Sango and Sagoe). The Yoruba think that Shango had hurled a thunderstone to earth when thunder and lightning hit. Religious leaders in Yorubaland look for the thunderstone, which is thought to possess extraordinary abilities, after a thunderstorm. In temples honoring Shango, the stones are kept. Each of Shango’s four wives is named after a river in Nigeria.

Muslims (followers of Islam) and Christians make up the majority of Yoruba who practice other religions. Almost all Yoruba still participate in annual festivals and other customary religious rituals.

Due to one or more of their shared characteristics, several towns and cities have historical ties to the Yoruba people. These include, among others, Benin City, Warri, Auchi, and Okene. 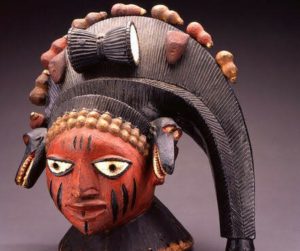 What are the myths of Yoruba?

Yoruba communities’ traditional compounds, which house clans, are built up of rectangular courtyards with just one entrance in each. Each courtyard has a porch that is either open or partially enclosed. The women sit here, weaving and cooking. Each adult’s room is behind this. The outdated compounds are being quickly replaced with contemporary houses with corrugated iron roofing built of cement blocks. Even small Yoruba communities typically have good access to essential utilities like power, running water, and paved roads.