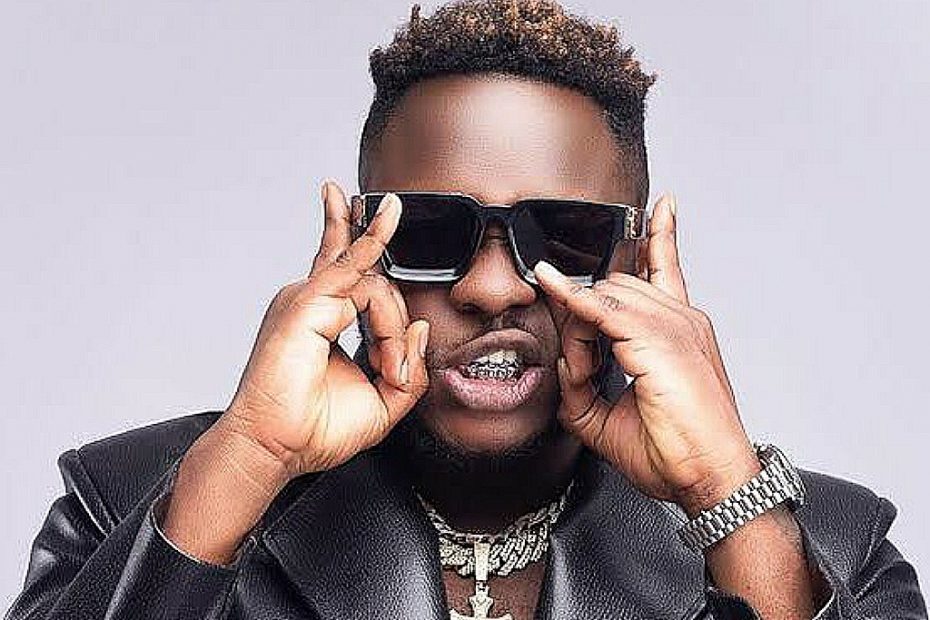 Top 10 Best Ghanaian Rappers: Ghana is one of the African nations with the most talented rappers. Despite the fact that Afrobeat and Afropop are Ghana’s most popular music genres, the country’s best rappers have been able to adapt their rap flows into a variety of genres. Many Ghanaian rappers have been successful in incorporating Ghanaian culture, customs, values, and even the Ghanaian language into their songs.

You can’t talk about music in Africa without discussing Ghana, since the Ghanaian music industry is now and has been for quite some time. Ghana’s rap music industry has risen tremendously, and the country has been able to build a rap atmosphere where outrageous punchlines are delivered thanks to hip-hop.

Ghana has a slew of talented rappers who have helped to raise the bar for Ghanaian music and attract new investors. As a result, rap music has become increasingly popular in Ghana, spreading to neighboring West African countries such as Nigeria, Togo, and the Benin Republic, as well as the rest of Africa and the world.
Let me now present you to the top ten finest Ghanaian rappers, as determined by their impact, awards and nominations, popularity, and streaming statistics.

1. Sarkodie: On July 10, 1988, Michael Owusu Addo, better known by his stage name Sarkodie, was born. Sarkodie is a rapper, music producer, and businessman who is now one of Africa’s top rappers and leads in West Africa. In the Ghanaian music industry, he has created a solid basis for emerging rappers. 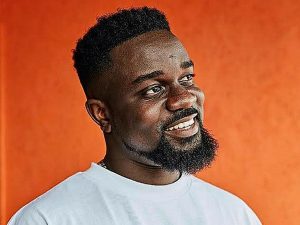 Sarkodie, one of Ghana’s most well-known rappers, has garnered several awards both at home and abroad. He was named the “Greatest African Rapper” in 2015 and ranked 13th on the list of “Ghana’s Most Influential People.”

He won the BET Award for “Best International Act” in 2015, and he has garnered more than 80 awards and nominations. Sarkodie has established himself as one of Ghana’s best rappers.

2. Kwesi Arthur: Kwesi Arthur is now one of Ghana’s top rappers. Kwesi has had a string of hits since his debut in the music industry a few years ago. Despite receiving a nomination for the BET Awards, he did not win, losing to award-winning South African actress Sjava. 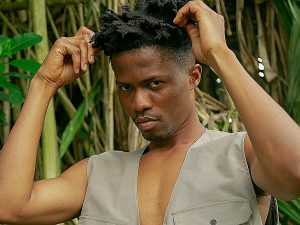 He had a difficult childhood since he was refused entry to the University of Ghana after failing to pay his tuition at the Ghana Institute of Journalism. He wanted to be a watchman at one point since things were so terrible for him. That was a difficult run.

Drake provided the motivation that Kwesi Arthur needed to grow into the man he is today. His initial move was a powerful one, delivering Grind Day, a true banger. I congratulate Kwesi Arthur for winning Best Rapper at this year’s VGMAs.

3. Eno Barony: Eno Barony’s real name is Ruth Eno Adjoa Amankwah Nyame Adom. Barony’s career has been rocky and unsteady at times, despite her long-distinguished career in the industry.
Despite previously being a musician, Eno’s song “Tongo” catapulted her to the top of her game. 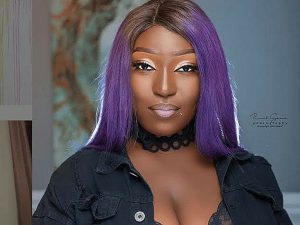 Ghana Rappers of All Time

And today, without a doubt, she is the finest female rapper in the country, surpassing several veteran male rappers.

4. M.anifest: M.anifest is a Ghanaian rapper, singer, and composer who was born on November 20, 1982, in Accra, Ghana and is presently one of the country’s top rappers. 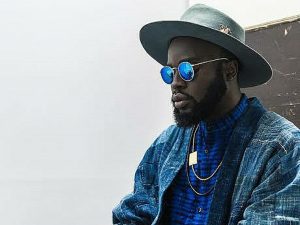 He has collaborated with a number of renowned musicians in Ghana and abroad, including Flea, Tony Allen, Erykah Badu, Damon Albarn, Brymo, and many more.

Being a celebrity requires hard effort and devotion; M.anifest began his music career in high school and is now one of Africa’s top rappers and one of Ghana’s greatest. M.anifest won “Best Rapper and Hip-Hop Song of the Year” at the Ghana Music Honors in 2017, and he has received several other awards and nominations.

5. Medikal: Medikal (born April 4, 1993) is a multi-award-winning Ghanaian rapper and composer. He is a rapper and composer with a powerful voice that is resonating throughout Ghana and West Africa, and he is now considered one of Africa’s top rappers. 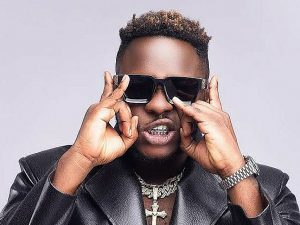 Who is first rapper in Ghana

As a well-known performer, he has worked with some of Ghana’s most talented musicians. At the MTN 4Syte Video Awards in 2016, Medikal won “Best Discovery Video.”

6. Strongman Burner: Strongman Bunner or Strong was born on the 10th of February 1993 and began rapping at an early age. The kumerican man, who had his high school education at Ahmadiyya Senior High School and afterward attended the University of Education, has always had a passion for music. 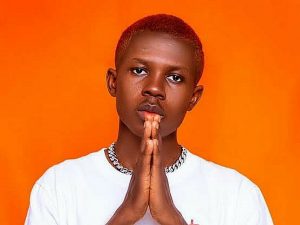 Who is the best rapper in Ghana

He became famous after joining Sarkodie’s label, Sackcess Music. He had successful singles with Medikal and Akwaboah on the same record label at the time, such as Bossu and Transformer.

With great songs like Last Verse, Mokobe, and Onipa, he has been able to capture the hearts of most Ghanaian music fans and extend his fan base. After winning the first season of the “Next Big Thing in GH” Talent Hunt Show, Strongman rose to prominence.

7. Kofi Mole: Edward Kofi Agyemang Amoah grew up in Kumasi and attended the Armed Forces Senior High Technical School. While residing with his uncle, he started selling shoes at Kantamanto. He went on to study Psychology after that.
Due to his love and enthusiasm for music, he was unable to accomplish the task. 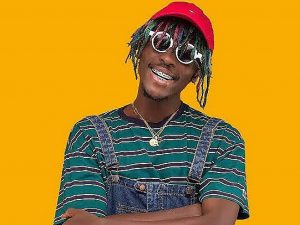 Despite the fact that he’s only been in the music industry for a year and a half, he’s already made a reputation for himself both inside and outside of the nation. 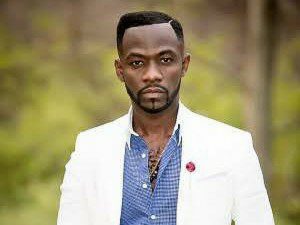 He specializes in mature and meditative music. Kunta Kinte and Flowking Stone are his older brothers. Indeed, a musically gifted family.

Also see: Differences Between Being Smart and Intelligent

9. Teephlow: Lukeman Ekow Baidoo, better known by his stage name Teephlow, is a prominent rapper in Ghana. He was born in Cape Coast, Ghana, on June 20, 1991. 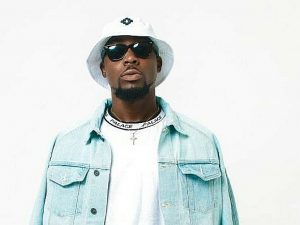 His name has been a household known since his participation in the 2012 Talent Hunt show “Next Big Thing in GH Hip Hop.”

Teephlow is a Ghanaian award-winning hip hop recording artist and rapper whose first track “The Warning,” in which he collaborated with Sarkodie, was a smash in 2014. He also has songs like Riding, Money, 6 Feet, Dues, One People – One Nation, Honeymoon, and others.

10. Joey B: Darryl Paa Kwesi Bannerman-Martin, better known by his stage name Joey B, is a top-rated rapper in Ghana. He was born in Cape Coast, Ghana, on the 20th of August 1989.

Joey B is an Afrobeats, R&B, Dancehall, Hiplife, Highlife, House, and Hip-Hop rapper who can sing fluently in five languages (English, Ga, Twi, Fante and Pidgin). He is an illustrious Ghanaian rapper with a sizable following base.

He has also worked with prominent Ghanaian A-list singers and rappers like Sarkodie, Fuse ODG, Edem, and E.L. The bulk of his songs are hit and receive a lot of views and streams on different streaming platforms.

Rap music has long been popular in Ghana. The music industry is highly competitive. Rap music is the most popular music genre not only in Ghana but also globally.

These musicians are on top of their game, leaving no stone unturned in their quest to keep their audience swinging and moving to their music. Throughout the year, the majority of musicians plan to surprise their audience.