Home » Scholarly Articles » Most Dangerous Waters In The World (With Pictures): Top 10 Most Polluted

Most Dangerous Waters In The World (With Pictures): Top 10 Most Polluted 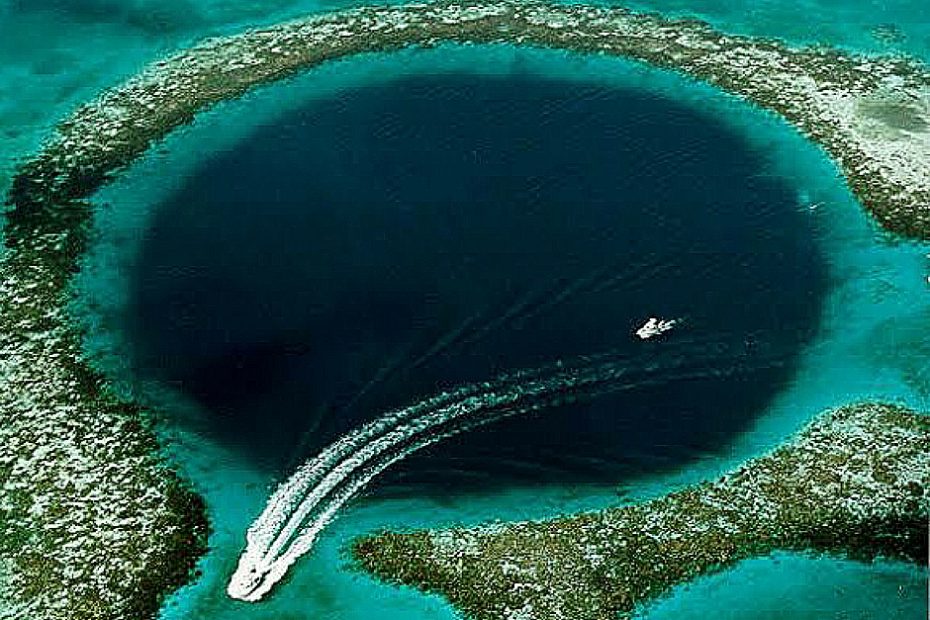 Most dangerous waters in the world: The ocean, which makes up roughly 70% of our planet, is one of the most beautiful and dangerous places on Earth. And the five different oceans on Earth hold over 95percent of the water on the planet. However, there are a lot of other locations that have spectacularly dangerous aquatic environments between the waters of the Atlantic, Pacific, Indian, as well as Southern Oceans.

Below, you could read about some of the most dangerous water locations on earth, such as lakes, submerged labyrinths, and vast ocean abysses. Therefore, if you ever find yourself in any of these locations, be extremely cautious and make sure a trained professional is close by.

1. Onondaga Lake: This lake is evidence that sometimes people disrespect nature, even when doing so endangers an urban area. Northwest of Syracuse in New York is where you’ll find Onondaga Lake. Before being taken over and occupied by European-Americans in the late nineteenth century, the lake was sacred to the local Onondaga Native Americans. The lake briefly earned a reputation with the addition of hotels, beaches, and recreational facilities, but that didn’t last long. Sadly, as the area got more industrialized, untreated waste was deposited in the lake for a long period, which caused it to become a significant reservoir for pollution. 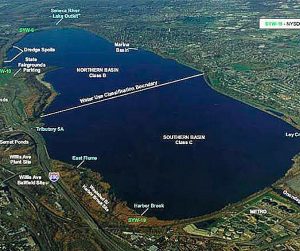 By 1901, ice harvesting had been outlawed due to dangerous pollution levels. In 1940, the government outlawed swimming in the lake; by 1970, even fishing was prohibited. Although cleanup efforts are in progress and fishing is now permitted, the area is still polluted. The lake is allegedly the cleanest it has been in more than a century, but it would cost approximately $2.16 billion to restore it to its former splendor. For the time being, it’s still not a great place to launch a boat or go swimming.

2. The Blue Lagoon, Derbyshire (UK): This was, at least in the past, one of the most stunning “lakes” on the list. The lake used to have a lovely bright blue tint that attracted swimmers. People continued to swim in the lake, which was created following a significant flood, despite numerous cautions and signs that were put up, for many years. The water was artificially colored black in 2013 and 2020 to discourage people from swimming there. 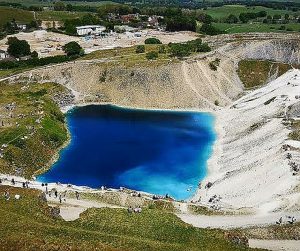 Most dangerous bodies of water in the United States

This “lake” was beautiful but poisonous. Its blue color was caused by caustic chemicals. Going anywhere close to the water in this lake seems like a terrible idea when you consider that the water’s pH level was 11.3, in contrast to household bleach’s pH level of 13. The chemicals can irritate the skin and cause other health problems, such as stomach problems. People are also cautioned by posted signs that the water is contaminated with dead animals, cars, and other garbage.

3. Jacob’s Well, Texas: Residents in Texas have long been drawn from this 30-foot natural well, which is supplied with astonishingly pure spring water during the warm summer months. Unfortunately, the threatening tunnels as well as caves that border the well’s bottom outweigh the appeal of the chilly, pure water. As a result of going too deep and not being able to surface, eight people have already drowned. 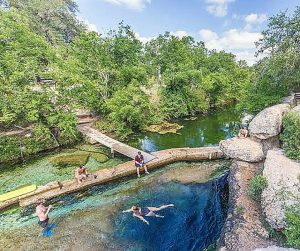 Top 10 most dangerous oceans in the world

The aperture is just 13 feet wide and there are thrill seekers who prefer to jump from the surrounding rocks into the water, so there isn’t much of a gap between the amazing, clear water and the really hard rock.

4. Lake Karachay, Russia: Regarding pollution, Lake Karachay in Russia is regarded as one of the world’s most polluted locations. This little body of water, about a mile in length (1.6 km), in eastern Russia, was severely contaminated by nuclear waste from the Chornobyl catastrophe and the carelessness of a local nuclear waste plant, which routinely dumped contaminated material here. From depths of 11 feet, the soil is still very radioactive. In the 1990s, the lake could give humans a deadly dosage of radiation in just one hour because radiation levels were so severe. 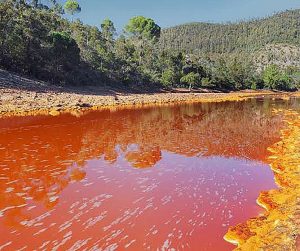 Most dangerous lake in the world

For the millions of individuals who were impacted by its existence, it is now only an unpleasant memory; yet, some people are still feeling its repercussions today. A 21% increase in cancer cases, a 25% increase in birth abnormalities, and a roughly 41% increase in leukemia cases were all observed in the area. It is difficult to determine the impact it has had on the nearby towns.

Recommended: Most Dangerous People In the world

5. Lake Michigan, Michigan: One of the top summer recreation lakes for those who live nearby is the second-largest Great Lake, which surrounds The Mitten State’s western border. The water can be over 70 degrees during the hot summer months, which makes it dangerous for swimming. 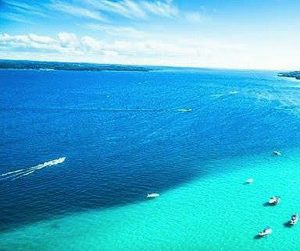 The Most Dangerous Waters On Earth

Of all the Great Lakes, it has some of the most dangerous water currents, though. Three times greater than the next highest Great Lake, it averages roughly six deaths annually which are due to the current. The waves can also be quite strong, rising to 20 to 23 feet.

6. The Great Blue Hole, Belize: The world’s deepest underwater sinkhole, measuring 984 feet wide as well as 410 feet deep, also ranks as one of the most dangerous due to its size. When Jacques Cousteau included this hole among the top 10 diving spots in the world in 1971, it became exceedingly well-known. But because of its tides, which produce strong swirling vortexes that can suck in nearly anything, divers must exercise extreme caution when investigating its depths (or anyone). 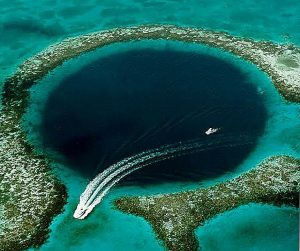 What are the 10 most dangerous bodies of water?

Additionally, due to the dive’s high depth, if something goes wrong, it might swiftly prove fatal without sufficient training.

Also see: Most Powerful Guns in the world 2022

7. Boiling Lake, Dominica: Winter is a particularly fantastic time to explore this location. A river or swimming hole next to a hot spring serves as a natural hot tub. But occasionally, the water may be so hot that this could boil anything at all that touched it. The water around the pool’s borders at Dominica’s Boiling Lake, the second-largest hot spring on earth, is an extremely dangerous 180 to 197 degrees. Where is the most dangerous waters in the world?

Due to the obvious steam as well as the heat produced by the surrounding volcano, the spring’s core is also too hot to even be measured. For exactly this reason, swimming is explicitly banned there.

8. Rio Tinto, Spain: Unless there are significant signs of the crisis involved, rivers aren’t typically the very first thing that usually comes to mind when considering dangerous waterways. However, the Tinto River in Spain poses a threat for reasons that are as distinctive as its peculiar red coloration. 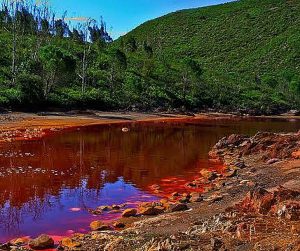 These Are The Most Dangerous Waters In The World

The water in this particular river is highly contaminated with heavy metals. Nobody would ever want to swim there, let alone go close to their mouths, as copper, iron, as well as other metals frequently dissolve inside the water from the ground.

9. Frying Pan Lake, New Zealand: This lake gets quite warm although it is situated in the Waimangu Volcanic Rift Valley of New Zealand. It’s not the safest hot in the world even though it is continuously heated to temperatures between 113 and 131 degrees Fahrenheit (45 and 55 degrees C). The largest lake, Frying Pan Lake, is situated in a section of Echo Crater, a volcanic crater. Over 400,000 square feet are occupied by the lake itself.

The lake is only 18 feet deep on average, but vents allow it to reach a depth of 60 feet. even if the weather wasn’t so hot. Despite this, you definitely wouldn’t want to swim in the lake because it generates carbon dioxide and sulfides. Over 100 people perished in the Mount Tarawera eruption, which is what caused the crater, in 1886, giving it a rather tragic human history.

10. Lake Kivu, West Rwanda: In Africa, west of Rwanda, there is a lake that is incredibly unstable and prone to explosions. If and when it does, massive amounts of carbon dioxide and methane will also be released, both of which are done so by bacteria that are replicating deep within the lake and being pumped into it by subterranean volcanic springs. These gases will be released in addition to the water that is already present. When she blows, everything in her path will be destroyed.

It still ranks among the most picturesque locations on this record despite its unpredictable nature. The region is well-liked by visitors in addition to serving as a major tourist destination. Currently, the enormous amounts of hydrocarbons in the lake are being looked into as a potential energy source.

Recommended: Countries With Highest Crime Rates in the World 2022

The waters on our planet are amazing environments. Some of the most intriguing places on Earth are formed when the oceans, lakes, rivers, and springs come together. However, it is simple to overlook the potential for danger. Even if a body of water appears to be serene and beautiful, it may still be filled with dangers that are hidden from view. Do your survey the next time you embark on an aquatic adventure!