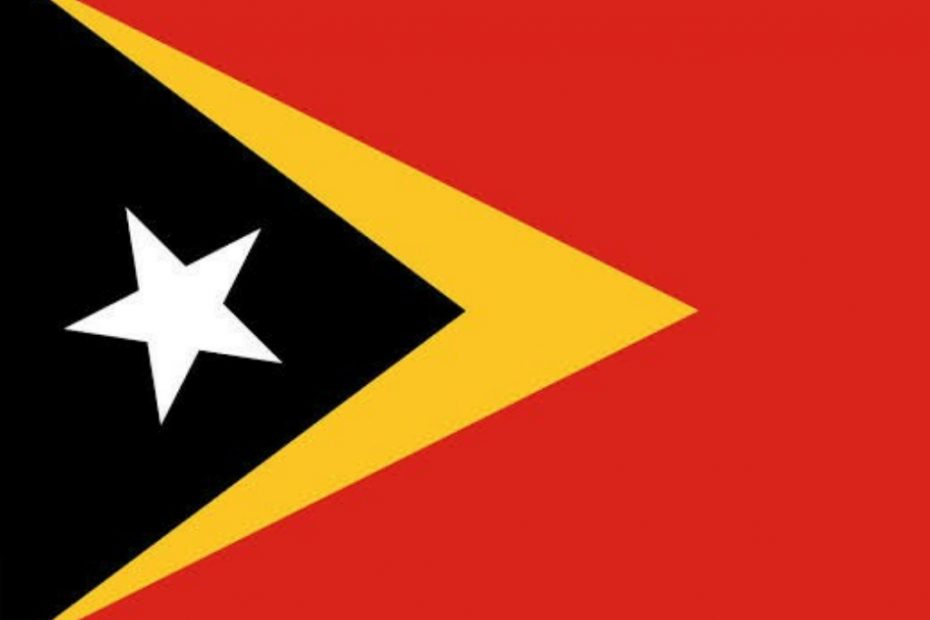 In 2011, the newest country at the top of the list marked its independence. So, today, we’ll look at the world’s ten youngest countries.

Top 10 Newest/Youngest Countries In The World 2022

1. South Sudan: On July 9, 2011, South Sudan proclaimed independence from Sudan, making it the world’s youngest country. Ethiopia, Sudan, the Central African Republic, the Democratic Republic of the Congo, Uganda, and Kenya are all neighbors in East Africa. South Sudan has a lengthy history of occupation as a previous part of Sudan. Between 1899 through 1956, Sudan was occupied by the United Kingdom and subsequently Egypt.

Unfortunately, two civil wars erupted following Sudan’s independence. Sudan’s first civil war lasted from 1972 to 1983. The second Sudanese civil war began almost immediately after the first and lasted until 2005. Southern autonomy was restored later that year when the Autonomous Government of Southern Sudan was created. South Sudan achieved full independence in 2011 and is currently a member of the United Nations.

2. Kosovo: Kosovo, properly known as the Republic of Kosovo, is a newly independent country. Kosovo gained independence from  Serbia, with whom it has a boundary, on Feb 17, 2008. Serbia, on the other side, does not acknowledge Kosovo as a sovereign country, but only 97 of the United Nations member states have done so (50.26 %). It has a populace of over 1.9 million inhabitants and covers 4,212 sq miles. 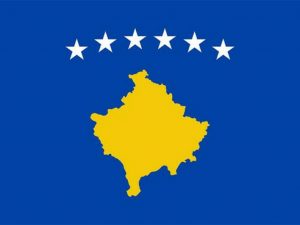 The Countries With the Youngest Populations in the World

Various empires ruled over Kosovo in antiquity, including the Roman Empire, Byzantine Empire, First Bulgarian Empire, Serbian Empire, and Ottoman Empire. Kosovo’s economy has grown steadily over the last decade, thanks to the support of international financial organizations. Kosovo was regarded as a self-governing territory. This country has been a member of the World Bank and the International Monetary Fund since it proclaimed independence.

3. Montenegro: Another young country on this list is Montenegro. break ties with Serbia and declare an independent state. Montenegro became independent in the early twentieth century. Following World War I, the country became a kingdom. Yugoslavia became a part of it. Following Yugoslavia’s disintegration in the 1990s, Montenegro and Serbia became a federation. In 2006, the confederation was quietly disbanded. Montenegro declared independence from Serbia. 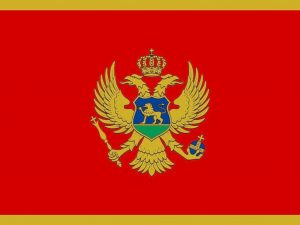 In King Milutin’s Charter of 1276, the name “Crna Gora” made its first appearance. The country’s name comes from Mount Lovcen and the surrounding suburbs, which are surrounded by dense trees that seem “black.” Montenegro is a constituent member of the United Nations for the Mediterranean and is currently seeking acceptance in the European Union.

4. Serbia: Serbia declared independence in 2006 after peacefully dissolving its confederation with Montenegro. Since 1918, the country had not been an independent state. Serbia has a long and rich history, with people living there since the Paleolithic era. During the Great Migrations of the 6th and 7th centuries, the Serbs, along with other South Slavic tribes, arrived in the Balkan region. The Serbian Empire was established in the 14th century, although it was short-lived. With the death of Uro V in 1371 and the break-up of the Serbian state, the empire came to an end. 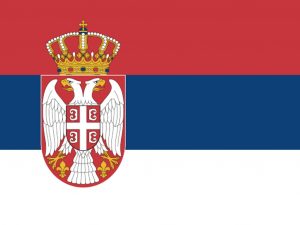 Youngest Countries in the World

Serbia was a member of the Ottoman Empire from the sixteenth until the early nineteenth centuries. The Serbian Revolutionary founded the nation-state, which was the province’s first representative republic, in the mid-nineteenth century. Serbia and other South Slavic countries merged to form Yugoslavia after World War II.

5. East Timor: East Timor is an island republic in Southeast Asia, formally known as the Democratic Republic of Timor-Leste. It consists of the island of Timor’s eastern half, the surrounding islands of Atauro and Jaco, and Oecusse, an exclave on the island’s northeastern side surrounded by Indonesian West Timor. East Timor was colonized by Portugal in the 16th century, and the country was under Portuguese rule until 1975. That year, East Timor declared independence, but Indonesian forces invaded the country a week later. 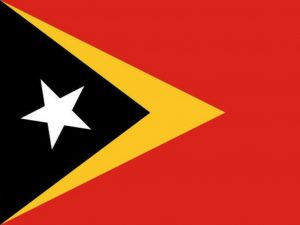 Is there a new country in the world?

Indonesia’s invasion of East Timor resulted in the deaths of hundreds or even thousands of Timorese civilians. Owing to the United Nations’ aid, the conflict did not conclude until 1999.bEast Timor seems to be the only Asian country that stretches across the whole Southern Hemisphere.

6. Palau: Palau is an island nation in the Pacific Ocean with a total of 340 islands and a land area of 177 square miles. This country also has a population of 21,503 people. Palau came under Spanish authority during the 16th-century era of European discovery and colonization. This occupation continued until 1899 when the territory was purchased by Imperial Germany and renamed German New Guinea. 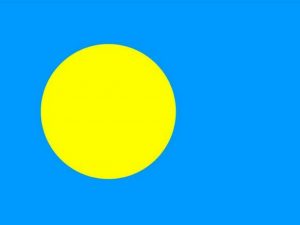 Which is the newest country in the world?

During World War I, Japan occupied the territory until 1947, when the United States took over administration as part of the Pacific Islands Trust Territory. The Federated States of Micronesia was formed in 1979 when some of these territories banded together. Palau, on the other hand, decided to secede from the United States in 1994.

7. Eritrea: Eritrea is located in the Horn of Africa’s northern section, with a total area of 45,400 square miles and a population of 4.954 million people. After 46 years of being a member of the Federation of Ethiopia and Eritrea, this country declared independence in April 1993. 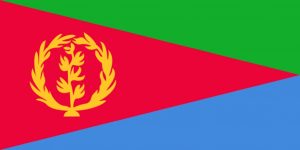 Eritrea was formerly known as Italian Eritrea and was administered by the Kingdom of Italy before joining this federation. During WWII, however, the area was under British authority until December 1950, when Emperor Haile Selassie persuaded the US and the UN of Ethiopia’s claim to the land. Between 1961 and 1991, Eritrea fought a 30-year war for independence.

Recommended: Countries around the world where prostitution is legal 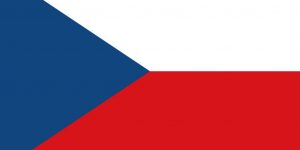 What is the newest youngest country?

Following the Munich Agreement in 1938, Nazi Germany assumed control of the Czech lands. Czechoslovakia was reclaimed in 1945 after a coup d’état in 1948, and it became an Eastern Bloc communist state. The Czechs attempted to destabilize communist control during the Prague Spring of 1968 but were defeated. The Velvet Revolution, which took place in 1989, put an end to communist rule.

9. Slovakia: Slovakia is the other half of Czechoslovakia, which gained independence from the Czech Republic in 1993. Czechoslovakia was established after World War I and the dissolution of Austria-Hungary. This was also the sole democratic country in Central and Eastern Europe throughout the interwar period. 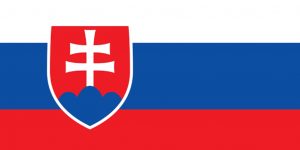 Which country is the youngest in the world?

Nazi regimes, on the other hand, progressively took control of Czechoslovakia. After a coup in 1948, Czechoslovakia was an independent republic that became part of the Soviet-led Eastern Bloc.

Slovakia has evolved into an industrialized country with a strong economy, ranking quite higher on the Human Development Index since it became its independent country. Slovakia also scores well on civil rights, journalistic freedom, internet freedom, democratic rule, and peacefulness measures.

10. Croatia: Croatia is a country in Central and Southeast Europe that is formally known as the Republic of Croatia. Croatia declared its independence on June 25, 1991, following the breakup of its partnership with Yugoslavia. Croatia, on the other hand, fought for its independence for 4 years during the War of Independence. Croatia conducted two massive offensives known as Operation Flash and Operation Storm in 1995, bringing the war to a close. 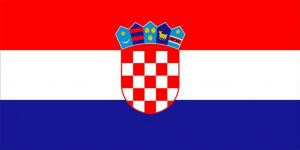 What are the top 10 youngest countries currently

Although certain difficulties linger, the Serb and Croatian administrations have mainly cooperated harmoniously since then. Croatia has made a lot of progress since the conflict, despite the hurdles of post-war reconstruction. Croatia is now designated a strong economy by the World Bank, and its Human Development Index score is extremely high. Croatia is a well-known tourism destination as well.

Recommended: How to become a successful engineer

The article is a list of young countries around the world. Almost every country on this list was founded when it declared independence from a neighboring dominant nation. Some have flourished since winning independence, while others are still finding their feet.