Cheapest Places/Cities To Live In Nigeria 2022 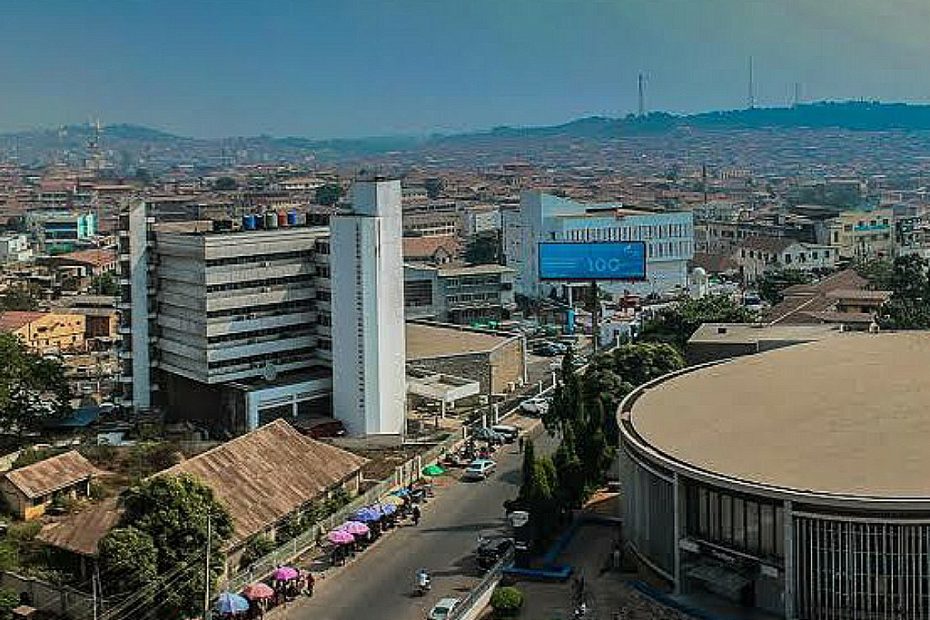 In areas where agricultural practice is dominant, the price of farm produce there is most likely to be relatively cheaper. This may also extend to the neigbouring area of that region. This, regardless, there are still areas in the country that are considerably cheaper to live in. There, one can acquire life necessities from day to day at a rate cheaper than elsewhere.

Cheapest Places/cities to Live in Nigeria

1. Onitsha: Onitsha is a remarkable and historical Igbo city in Anambra State, having its population at about 1.5 million people. The city is notable for its commercial and educational competitiveness. The city has the largest market in Africa known as Main Market. 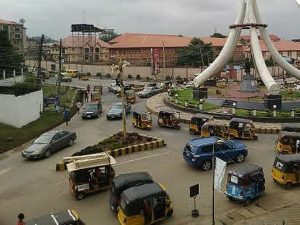 Where is the nicest and cheapest place to live

Asides the Main Market, there are other several markets such as; Ose, Ochanga, head bridge, Relief, etc. the city of Onitsha is surrounded by many academic, health, and industrial institutions. All these put together makes Onitsha what it is today. Onitsha city does not lack anything.

Living in Onitsha, one does not need to travel interstate or town to secure goods and services. People from other cities rather troop into Onitsha for commercial activities. This makes the city a very busy one.

Here is one of the places in Nigeria to secure all manner of goods and services at its cheapest rate. Sellers are also at advantage because there is more than enough population to buy from them. Onitsha is also known for their enthusiasm towards their cultural heritage.

2. Ibadan: Ibadan is the capital of State. The city has estimated population of about 3.5 million people, being ranked the third most populated city in Nigeria, and the city with the largest geographical area. Geographically, the location of Ibadan is a walk-through to Lagos and other Southwest regions. 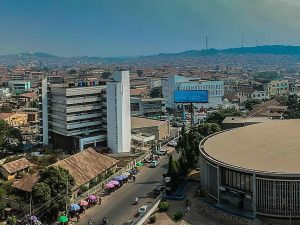 Best place to stay in Nigeria 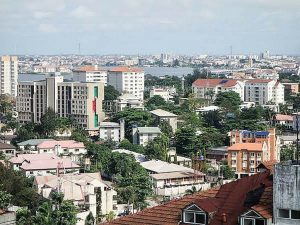 Its population is estimated to be about 15 million people. Lagos city is highly industrialized. It is another centre for commercial activities. The city attracts commercial engagements from within, outside the state, and then at the international level. Lagos city is divided into Island and the Mainland.

Certain areas in Lagos city have extreme cost of living, such as, Lekki, Ikoyi, Victoria Island. In fact, the areas in the Island mostly have high cost of living. It is in the Mainland regions that certain areas are relatively cheap to live in. areas such as; Badagry, Oko, Ogba, Mushin, Apapa, Igando, Yaba, Ikeja, Ikorodu, Ayobo, etc.

4. Aba: Aba is a commercial city in Abia State in the Southeastern Nigeria. The city is known for its expertise in the textile industry, palm oil manufacturing, pharmaceuticals, and other varieties of industrial production. Aba city has a popular market known as the Ariaria International Market. 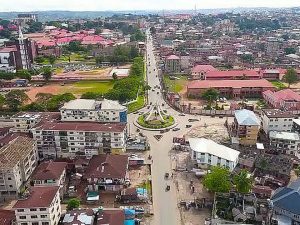 Cheapest Cities To Live In Nigeria 2022

The market was given a nickname, “China of Africa” as a result its trend and expertise in making clothing and other wears. The Ariaria International Market in Abab is ranked second as the largest market in Nigeria, following Main Market, Onitsha.

Because Aba city is an all round producer, the cost of living there is very much cheaper. In fact, Aba is so affordable to live in that some people who work in Porthacourt city which has an extreme cost of living, prefer residing in Aba for cost purposes, since Aba is not far from Portharcourt.

Recommended: Countries with the highest standard of living

5. Kano: Kano is a Northern region state in Nigeria, being the second most populated, following Lagos. The cost of living in Kano is very much affordable. The city specializes in a large-scale agricultural production, thereby making farm produce very affordable over there. 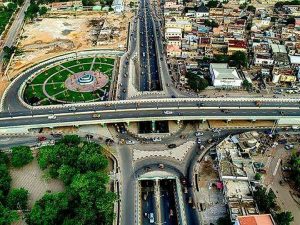 Most Cheapest state in Nigeria

Their major markets include; Kurmi, Kwari, Dawanau, and Sabon Gari markets. Just like Aba in Abia State, Kano city is as well known for specialization on textile, wears, pharmaceuticals, furniture, beverages, etc. the city of Kano is highly industrialized, being the next after Lagos city.

6. Ikot Ekpene: Ikot Ekpene is a city in Akwa Ibom, South-South of Nigeria. Ikot Ekpene is also called The Raffia City. The city is known for its technological innovations, specialization id palm oil and other related produce, agriculture, and handworks. 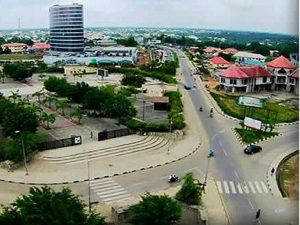 Which state in Nigeria has the lowest cost of living

Things are relatively affordable in Ikot Ekpene. This was also influenced by its proximity to Aba, Abia State which is a highly commercialized city.

7. Kaduna: Kaduna is North-Central state in Nigeria. It is the 4th largest and the 3rd most populated state in Nigeria. The cost of Living in Kaduna state generally is cheap. The state is notable for housing various academic institutions which gave it the nickname, “Centre of Learning”. 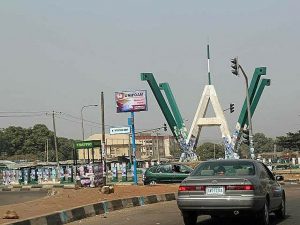 Cheapest Cities in Nigeria to Live in

Kaduna is also known for its impact on the agricultural sector which contributes enormously to the affordability of things in all parts of the state.

8. Ikom: This is a small and highly productive town in Cross River State. The town specializes on farming asides other commercial and industrial activities. It is from Ikom that produce such as Cocoa, maize, yam, banana, coco-yam, etc, are circulated through commerce to the most areas of the country.

The town is one of the cheapest to live in, in Nigeria. Housing, transportation and food are cheaper to secure.

9. Benin: Benin is the capital of Edo state. The city is remarkable for its historic and cultural heritage. The cost of living in the city of Benin is generally affordable in all rounds, compared to other major cities in the country. This implicate sin all sectors in the city, including the education sector. The cost of housing and foods in Benin is the least to worry about.

Also see: Best side hustles for students in school

The common thing about the cheaper areas in the country is that they have the population, the resources and the man power for commercialization. An area that has the very basic needs of man available such as water and food will likely have an affordable cost of living, unless there are other factors contributing to otherwise.