Home » Fashion Updates and Trends » Countries Where Gambling is Illegal Around the World: Top 10

Countries Where Gambling is Illegal Around the World: Top 10 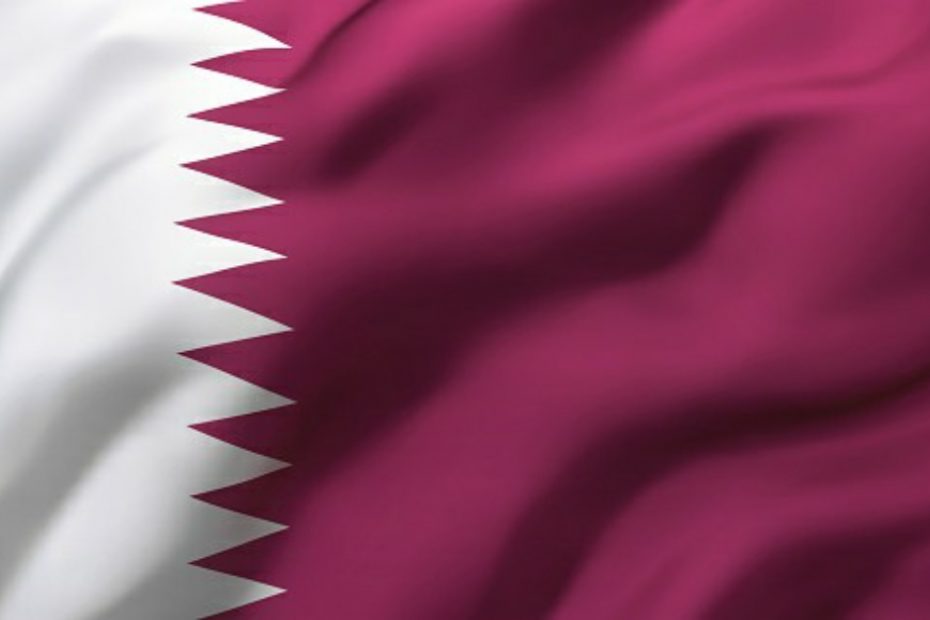 When it comes to legality, gambling has varied strengths over the world. The gambling markets in some countries, such as the United Kingdom, are extremely permissive. Meanwhile, certain locations tend to allow certain types of gambling but not others. Then some governments have openly prohibited all types of gambling, declaring it a criminal activity for citizens. We’ll go over the countries where gambling is illegal in great detail.

Top 10 Countries Where Gambling is Illegal Around the World

1. Cambodia: While Cambodian gambling regulations permit the creation of many types of gambling establishments, these are not for the use of Cambodians. Only visitors are allowed to visit these locations and spend their money. Cambodia’s history of gambling addiction is the cause behind this. Gambling was outright forbidden in Cambodia during the Khmer Rouge government, but it was legalized again in the 1990s. 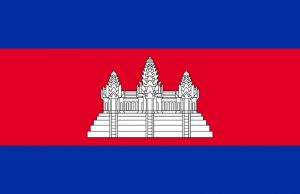 Why Is Gambling Illegal Around the World

When the Cambodian government realized how many of its citizens were becoming addicted to gambling, it created the Law on the Suppression of Gambling, which revoked all operator licenses and outlawed practically all forms of betting for Cambodians. Anyone detected gambling can be fined up to 50,000 riels or sentenced to one month in prison.

For a time, slot machines were the only legal and accessible form of gambling for Cambodians. They were also made illegal after a series of violent clashes over gambling debts occurred in the country in 2009.

2. Singapore: One thing is certain in Singapore: online gambling is forbidden under the Singapore Remote Gambling Act. Unless a specific exception has been established to accommodate this. Singapore Turf Club and Singapore Pools are the only operators who have secured such an exemption from the laws as of 2016. Apart from these two companies, both online and land-based gambling are outlawed in the country.

Countries where online gambling is legal

After Singapore obtained independence from the United Kingdom in 1963, several forms of gambling were gradually reinstated. Football betting, private lottery clubs, horse racing, and other possibilities were reinstated as a result. Nonetheless, in 2004, the government decided to embark on a study to see how legal casino gambling could be properly implemented.

The benefits and expenses of its implementation, as well as the negative consequences it could have on citizens, were assessed. As a result, in 2005, the country legalized casino gambling, albeit only in a land-based version. It tightened its grip on physical gambling while tightening its grip on online gaming. The aforementioned gambling statute made it illegal to engage in numerous gambling-related acts. Fines of up to $5,000 and up to six months in prison are possible penalties for players.

3. Lebanon: Residents of Lebanon are prohibited from participating in any form of gambling. All gambling operations are completely under government oversight. As it happens, the country has an unusual legal system in place called confessionalism. This is based on religious organization-based consociationalism. There are 18 recognized religious organizations in Lebanon, each with its own set of laws and religious tribunals. 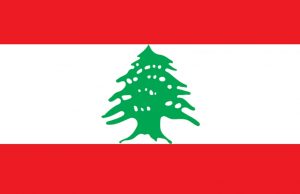 Countries Where Gambling is Completely Illegal

The President is a Christian, the Prime Minister is a Sunni Muslim, the Speaker of Parliament is a Shi’a Muslim, and both the Deputy Prime Minister and the Deputy Speaker are Eastern Orthodox.
As a result of all of this, gambling in Lebanon is limited to the Casino du Liban, which has the country’s gambling monopoly. Gambling is completely prohibited outside of this place. Online gambling is also officially prohibited, and foreign-based casinos have lately been outlawed by the government.

4. Syria: It is well known that many Muslim countries outright prohibit all forms of gambling. This is due to their commitment to Islamic laws. Some people, though, have worked out how to get over such religious restrictions. Syria is not one of them, as both online and offline gambling is prohibited in the country. For decades, all forms of gambling have been prohibited. Nonetheless, a legal casino was approved for construction in Damascus in 2011, as a means of re-establishing legal gambling and generating fresh tax money. 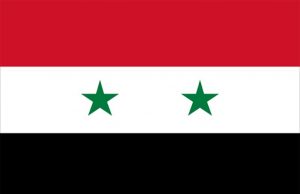 In which countries is online betting legal?

The Ocean Club was the name of the casino, and it was run by Khaled Houboubati, the son of a well-known Syrian casino magnate, Tawfiq Houboubati. However, the casino only lasted a few months before the civil war started in 2012, and the government decided to close it down. Since then, Syria has had no legal gambling businesses, and online gambling is also deemed prohibited. Authorities, on the other hand, do not prosecute individuals who gamble on foreign-based sites. That is, assuming they can access such sites, given Syria’s internet situation.

Also see: Countries with the Highest number of scammers and fraudsters

5. Qatar: If you thought the UAE was strict when it came to gambling of any kind, Qatar far outshines it. All forms of gambling are deemed to be 100 percent illegal in this country, which is probably the harshest of all countries when it comes to the gambling industry. Even sports betting is illegal in Arab countries. As a result, there is a booming underground gambling industry in the country. Unfortunately, many people have been found gambling and have suffered the price. 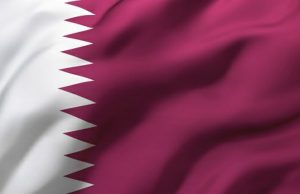 Are there countries where gambling is banned?

There isn’t even a lottery in Qatar. However, it is without a doubt one of the most financially stable countries in the world. As a result, no liberal betting scene is required. Online gambling is likewise outlawed in the country, though some people prefer to circumvent the rules by playing on offshore platforms. Despite this, the government frequently attempts to prevent access to these websites, resulting in a widespread blacklisting of online casinos and sportsbooks.

6. Poland: Land-based gambling has long been regarded lawful in Poland, and online gambling was once thought so as well. However, the Polish government had a monopoly on certain establishments and sites. Regardless, some residents choose to gamble with offshore operators. This was technically permissible, but it was unregulated. Poland passed the Gambling Act in 2009, bringing fresh adjustments to the country’s life and bringing it in line with European Union ideals. 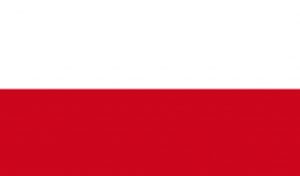 The Countries Where Gambling Is Illegal

While there are many land-based casinos in Poland, they are mostly frequented by tourists. In regards to gambling sites, it is mostly prohibited in the country.

Excluding a few state-owned localized choices, gamblers in Poland may face penalties for accessing online gambling sites. As a result, you may play online slot machine games through one of the govt platforms. Should you do anything else, you are breaching the law.

7. Cuba: Cuba currently does not have any legal gambling alternatives. This is partly due to its communist status, but not entirely because other communist countries have successfully integrated casinos and other forms of gambling. Casinos, on the other hand, have long been considered a tool for these countries to take hard cash from visiting visitors. As a result, communist countries have always had casinos in their hotels for guests to play in, but never for citizens. 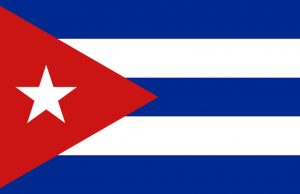 Countries Where Gambling is illegal

Also see: Countries around the world with the highest job opportunities

8. North Korea: When it comes to North Korea, there is very little in the way of freedom, and gambling is strictly regulated. Many people in Korea are probably unaware of what gambling is because their lives are so tightly controlled under Kim Jong’s rule. un’s Both online and offline gambling is strictly prohibited in North Korea, yet many people cannot afford to participate in either. Pyongyang and the country’s far north, where the only active casinos are located, offer a glimpse of optimism. They are, however, only available to tourists on guided tours when they visit.

Citizens of North Korea are prohibited from attending these casinos under North Korean law, which is so tight that those who are found gambling face severe penalties. As a result, people simply avoid anything considered unlawful or even semi-criminal in North Korea.

Recommended: Countries with the best judicial system in the world 2022

9. Vietnam: When it comes to gambling, Vietnam has highly tight rules and regulations. Most types of gambling are prohibited throughout the country. As a result, any sort of gambling that takes place indoors is considered a crime. Some persons with a great desire to gamble will cross the border into Laos or Cambodia, though even this does not give them many possibilities.

Vietnam’s government has little power over what happens outside its borders, preferring to concentrate on its internal problems. Players can access several online casinos, sportsbooks, and other sites, but be aware that if you are found doing so, you will face serious consequences. Residents of Vietnam can only participate in the country’s lottery, which is not considered gambling. This began in 1999, and sellers may be seen selling tickets throughout the country.

10. The United Arab Emirates: Gambling is considered banned in most Islamic countries. While online gambling can sometimes be accessible through VPNs and other means, it is still banned under the law. In comparison to other Islamic countries, the United Arab Emirates has a significantly tighter system, with anyone who indulges in any form of gambling facing severe penalties.

Let’s imagine you’re a resident of the United Arab Emirates and you want to play roulette. You go ahead and do it, only to be apprehended by the authorities. If this is the case, UAE law allows for a punishment of up to two years in prison under Article 414 of the country’s penal code. As a result, the country has imposed severe restrictions on all forms of gambling. You can be prosecuted for gambling even if you’re tourists who visit the United Arab Emirates on holiday.

It’s fascinating to examine gambling regulations around the world and learn about the countries that do not allow this type of activity. You might almost take it for granted when you have the flexibility to log onto your favorite online casino and win money. Even though gambling is banned in many of these countries, people continue to engage in it. Despite the dangers, many continue to gamble online.