Home » Scholarly Articles » Richest Companies In The World And Their Market Cap 2022: Top 10

Richest Companies In The World And Their Market Cap 2022: Top 10 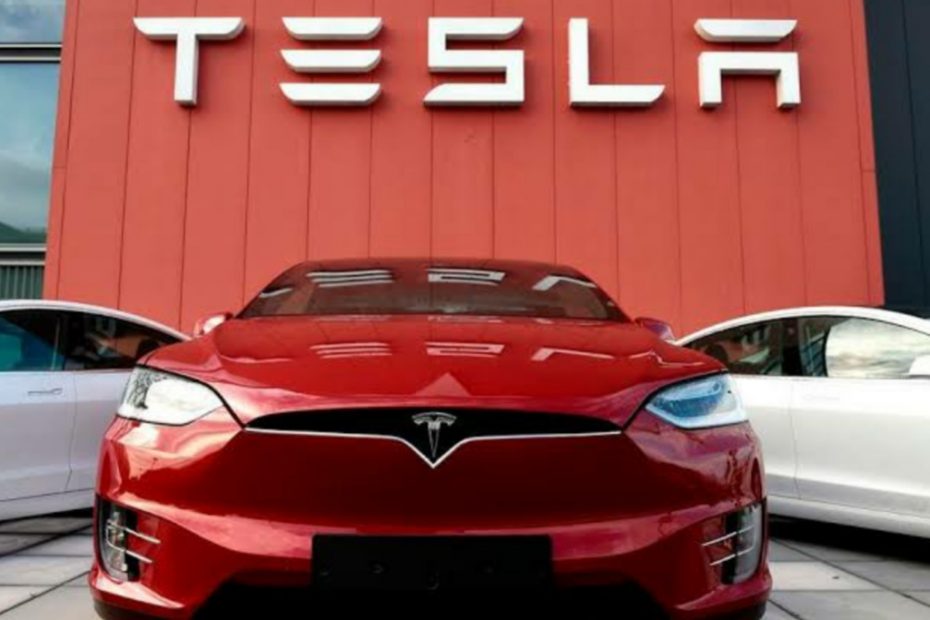 Richest Companies In The World: Through the development of cutting-edge products that had a big impact on the market, multinational companies have transformed the globe. The greatest capitalization level and global awareness of their services are proof of their excellent efficiency.

The market leaders, who have an impact on the lives of millions of customers globally, are the richest businesses in the world. An individual can’t imagine their life without utilizing the items from the brands, which attests to the strong authority and effectiveness of the mentioned companies.

The value of these richest corporations in the world now is several trillion dollars. Because of this, some businesses are bigger and worth more than the economy of several nations. Because of the diversity of these companies, there are chances for people with different degrees of expertise and in a wide range of sectors. There are also several departments and positions available, which allows for the potential for progress. As a result, they are advantageous for job seekers.

Therefore, how can we determine the Company’s wealth?

A company’s valuation will reveal how wealthy it is. When it comes to actively stock prices on the market, many categories may help you determine the worth of the firm you’re thinking about. Using a metric known as market capitalization, also known as market cap, one technique to calculate monetary worth is to do so. If you’re new to investing, market capitalization refers to the total price paid by investors or stockholders for all of the company’s shares that have already been issued.

Mega caps, or businesses with capitalizations of more than $300 billion, are categorized as having the largest market caps. But it’s difficult to predict who will remain at the top of the list of the richest firms in the world for a very long time, given the new trading that occurs during market hours. Even so, we’ll be talking about the top 10 richest companies in this post.

Top 10 Richest Companies In The World By Market Cap 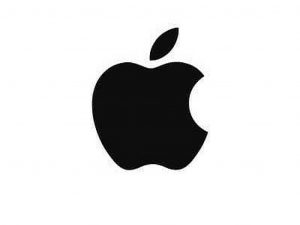 Richest Companies in the World by Net Worth

2. Saudi Aramco Market Cap ($2.33 trillion): It is the largest oil corporation in the world and accounts for more than half of Saudi Arabia’s revenue. Aramco runs both an upstream and downstream portion. Its upstream division explores for and produces crude oil, condensate, natural gas, and natural gas liquids. 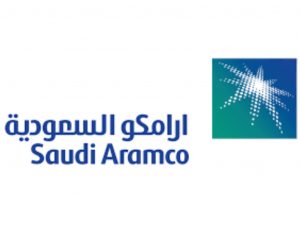 Most valuable companies in the world

The downstream sector works in distribution, manufacturing, and power generation for petrochemicals. Natural gas and oil are the products, and the corporation also has refinery capabilities.

Also see: Oldest Countries In The World by Age

3. Microsoft Corp. (MSFT) Market Cap – $2.10 Trillion: The world’s third-richest firm is Microsoft. With its cutting-edge technology and programming, the Bill Gates-founded business—a pioneer in the computer software and hardware sectors—has revolutionized communication and entertainment. The business provides support and enhancement for the internet and has created widely used Windows-based operating systems for PCs. 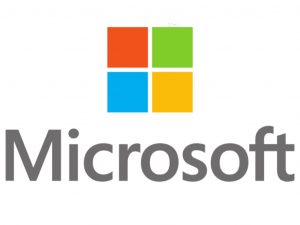 Throughout its long and influential history, they have also introduced the well-known Xbox franchise, Microsoft Office systems, Windows servers, and a host of other products.

4. Alphabet Inc. (GOOGL) Market Cap – $1.54 trillion: The parent company of Google, whose search engine dominates the world market, is Alphabet. The business provides a variety of technology and online services. The corporation also generates income from a broad range of hardware goods, including Fitbit, Google Nest, and the Pixel phone line. 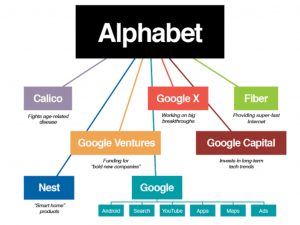 Richest Companies in The World by Market Capitalization

Additionally, Alphabet runs the self-driving vehicle company Waymo as part of its Other Bets division.

Also see: Lawless Countries in The World: Top 10 Most Corrupt

5. Amazon.com Inc. (AMZN) Market cap – $1.42 trillion: Amazon, a giant employer with almost 1.5 million employees globally, has raised salaries and benefits for workers in response to criticism of working conditions at its distribution centers. 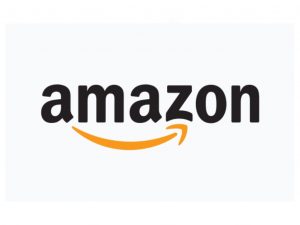 Richest Companies & Corporations In The World

The company’s profitability has been significantly impacted by a price increase on Amazon’s Prime delivery and on-demand entertainment services, along with the growth to over 200 million users globally.

6. Tesla Inc. (TSLA) Market cap – $910 billion: Tesla is a top producer of electric automobiles (EVs). The company’s car lineup consists of the Model 3– a four-door midsize sedan priced for the general market, the Model Y– a small SUV that seats seven persons, the Model S– a full-size sedan with four doors, and the Model X– a midsize SUV that can accommodate up to seven adults. 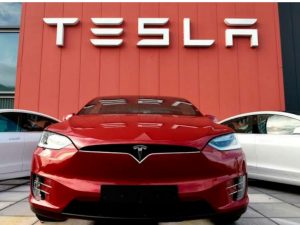 Biggest companies in the world by market value 2022

A Cybertruck and a Tesla Semi, a commercial EV, are two products that the company intends to develop and produce. Solar energy generation, solar panel manufacturing, and energy storages are all services and products offered by Tesla.

Also see: Most powerful guns in the world

7. Berkshire Hathaway Inc. Market cap: $644 billion: Two local textile businesses merged to become Berkshire Hathaway in the nineteenth century. It wasn’t until much later that it was acquired by renowned investor Warren Buffett and transformed into a conglomerate holding company. 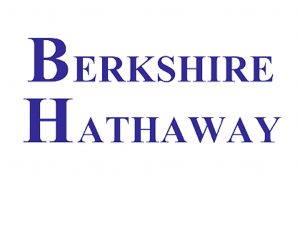 Richest Companies in the World by Market Cap 2022

Today, Berkshire Hathaway holds a sizable number of companies involved in a wide variety of commercial endeavors, including insurance, freight rail transportation, retail, and utility and energy generation and distribution. The corporation also has manufacturing enterprises that produce goods for consumer, industrial, and construction markets.

8. NVIDIA Corp. Market Cap – $457 billion: Designing and creating graphics processors as well as accompanying software is NVIDIA’s specialty. It played a key role in the development of the graphics processing unit (GPU), whose original main uses were in PC graphics and video games. Applications for artificial intelligence and machine learning now make use of the GPU’s capabilities. 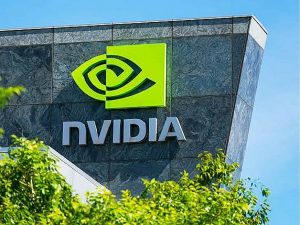 To serve the gaming, data center, automotive, and professional visualization sectors, the firm offers solutions and systems made up of hardware, software, services, and more. Cryptocurrency mining has also made extensive use of Nvidia GPUs. 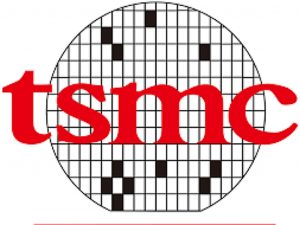 In addition to PCs and peripherals, information applications, wired and wireless communication systems, industrial equipment, digital TVs, gaming consoles, and other electronics items, its semiconductors are utilized in a variety of other products as well.

10. Meta Platforms Inc. Market capitalization – $449 billion: The owner of Facebook, the biggest social media platform in the world, is Meta Platforms. Mobile devices, laptops, virtual reality (VR) headsets, and in-home gadgets are just a few of the ways that Meta’s products and digital platforms let people and organizations stay in touch with their loved ones. 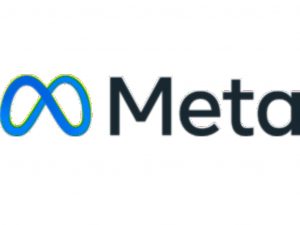 What are the top 10 richest corporations in the world?

Recommended: How to Make A Girl Fall for you

The consumption of these firms’ products is crucial to everyone’s daily existence, as evidenced by the list of the richest corporations in the world. These top-ranking businesses in the world are classified based on their market capitalization and operate in a variety of industries, including technology, communication services, energy, consumer cyclical, and financial services. It will be determined over time if these great achievers can maintain their top positions and which industries may threaten these prized positions.

However, job searchers should take into account the many advantages of working for these organizations, such as the possibility of professional advancement and the option to work abroad.