Home » Financial Tips » Wealthiest Families In The World And Their Networth 2022: Top 12 Richest

Wealthiest Families In The World And Their Networth 2022: Top 12 Richest 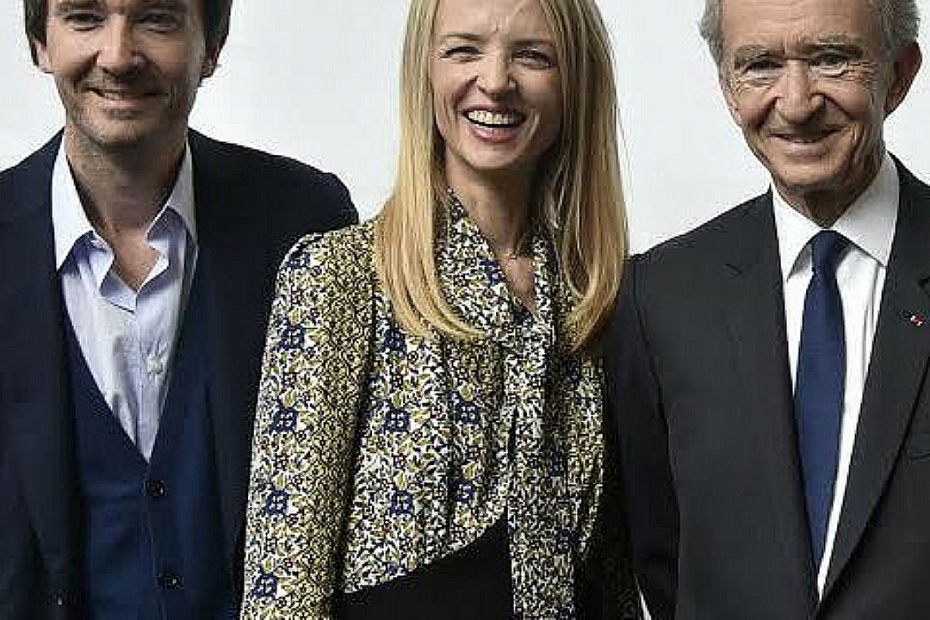 Wealthiest Families in The World: Markets have been forced to sluggishly decline over time due to the state of the global economy– the wealth acquired is frequently lost perpetually. Furthermore, it is acceptable to argue that wealth fluctuates somewhat and doesn’t always pass successfully from one person to the next. The distribution isn’t even close to being equal.

There have always been people who, fairly or unfairly, have managed to amass a sizable amount of wealth and have been able to disperse it among their families. This has been the case since humans first began using money to sell goods and services.

The wealthiest families in the world have enormous wealth. Their appeal reveals a society that idolizes riches. Authenticity, history, ancestry, lineage, and quality are also implied, and the majority of these families’ riches come from a variety of businesses, including retail, media, agribusiness, technology, and more.

When we consider the world’s wealthiest families, it seems as though money just flows effortlessly throughout their households, and being a member of one of these elite families means that very little can negatively impact you. However, we often overlook the fact that these families also pay significant amounts in taxes. Increased inheritance taxes may have a considerable influence on the fortunes of many of these people. Some families have managed to maintain their fortune despite the high tax rate.

Hence, we’ll be discussing the World’s Wealthiest Families in this post– whose combined wealth exceeds a staggering billion.

Recommended: Hardest Countries In To Invade In The World

1. The Walton Family’s Net Wealth Is $238.2 Billion: In 1962, Sam and Bud Walton established Walmart in Rogers, Arkansas, becoming one of the most successful retail businesses in the world in terms of sales. They established Sam’s Club in 1983 as a result of its success. Walmart is the largest retailer in the world based on revenue. 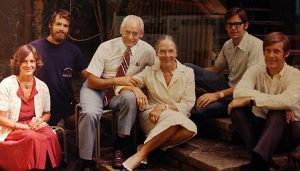 Three generations of the Walton family, including the three children of co-founder Sam Walton—Rob, Jim, and Alice—who is one of the world’s wealthiest women—share in the family’s fortune.

2. The Mars Family’s Net Wealth Is $142 Billion: Milky Way, Twix, M&M’s, Snickers, and Mars Bars are just a few of the delicious candies made by Mars Inc., which is named for the family whose enormous wealth was earned on the backs of so much pure sugar. 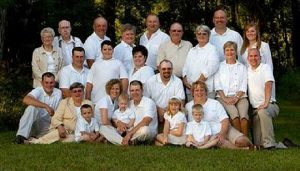 According to Forbes, six members of the Virginia-based Mars family are among the 400 richest individuals on the planet. They will probably be among the wealthiest families in the world for a while since America’s love of confectionery is unlikely to diminish anytime soon.

Also see: Easiest Sports In The World (With Pictures)

3. The Koch Family’s Net Wealth Is $124 Billion: After their two brothers, Frederick and William, departed the company as a result of a botched takeover, Charles and David Koch grew their father’s oil refinery company into the giant Koch Industries. 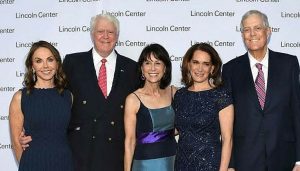 After his death in August 2019, David Koch left his $53 billion fortune to his wife, Julia Flesher Koch. The Koch brothers were never reticent to use their wealth to sway politics– giving freely ungodly amounts to advance deregulation and other causes that were important to their desire to, well, make more money.

4. The Dumas (HERMÈS) Family’s Net Worth IS $112 Billion: Fashion and luxury are a big business from the Wertheimer, yet not even the Chanel dynasty can stack up its million-foot tower of wealth as high as the Dumas family, who control the ultra-chic fashion label Hermès. 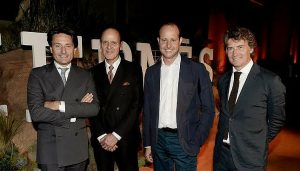 Most powerful families in the world

Hermes’ successor Jean-Louis Dumas launched the brand onto the global arena in the 1970s. Thierry Hermes began by producing riding equipment for France’s aristocracy in the 19th century, and while the company fared well, it might not have done so spectacularly. The 200-year-old fashion brand, which earned $8 billion in 2019, is still being managed by the family.

Recommended: Richest Youtubers in The World And Their Networth 2022

5. The Al Saud Family’s Net Wealth Is $100 Billion: According to Bloomberg, the enormous wealth of Saudi Arabia’s royal family is a result of both the royals’ personal earnings from negotiating government contracts and other investments as well as the country’s oil industry profits, which are distributed to various family members by the King’s executive office. 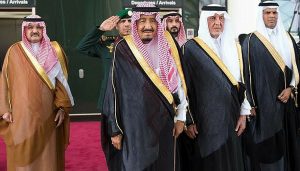 Who is the wealthiest family on earth?

With such extravagant riches, the Saudi royal family has been known to indulge in some very conspicuous spending.

6. The Ambani Family’s Net Worth is $94 Billion: Dhirubhai Ambani established Reliance Industries in 1957, and after his passing in 2002, his sons Mukesh and Anil shared ownership of the company. Today, Mukesh Ambani is the CEO of one of the greatest corporations located in Mumbai, and Reliance Industries is the owner of the biggest oil refinery in the world. 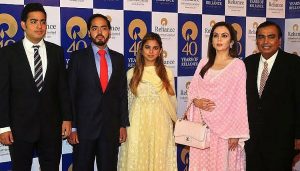 Wealthiest Families in The World

One of the most costly private homes in the world is his house, the renowned Antilla. Akash, Isha, and Anant Ambani, the children of Mukesh Ambani, have all entered the family company.

Also see: How to Discover Your Talent: 8 Effective Tips

7. The Wertheimer Family’s Net Wealth IS $62 Billion: According to Bloomberg, Pierre Wertheimer, who supported designer Coco Chanel in 1920s Paris, is credited with creating the iconic “little black dress,” which has become synonymous with the French high-fashion business Chanel. 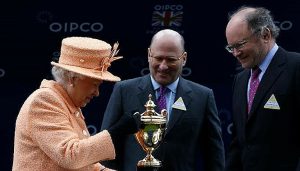 Alain and Gerhard Wertheimer, brothers, currently share ownership of the business that Gabrielle Coco Chanel and their grandpa founded together. The brothers are both ranked among the world’s billionaires by Forbes.

8. The Johnson Family’s Net Wealth Is $61.2 Billion: In 1946, Edward C. Johnson II established the business in Boston, the capital of Massachusetts and the financial hub of New England. After his death, his son Edward III took over, but in 2014 he stepped aside from the daily duties. Abigail inherits her father Edward III’s former position as CEO while he continues to serve as board chairman.

The Johnsons reportedly possess 49% of the second-largest mutual fund in the world as a whole, according to Forbes.

9. The Thomson Family Net Wealth Is $61.1 Billion: Roy Thomson established the Canadian Weekly Review in the 1950s to cater to Canadians who had immigrated to the UK, and by then, he controlled over two dozen publications. Since relocating to Scotland, Thomson continued to acquire newspapers and media companies up until his passing in 1976. 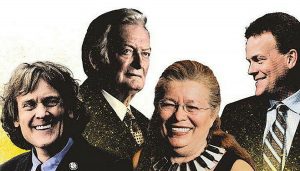 Is there a trillionaire family in the world?

With the acquisition of Reuters and the creation of the Thomas Reuters megacorporation, the Thomson family has expanded their dominion. David, the grandson of Roy, currently serves as both Globe and Mail newspaper’s chairman and the company’s chairman. The family is also the owner of a hotel and financial services business.

10. The BOEHRINGER AND VON BAUMBACH FAMILY’S NET WEALTH IS $59.2 BILLION: Albert Boehringer established the German pharmaceutical Boehringer Ingelheim in 1885. The von Baumbach family is still in command, more than 130 years later, under the Boehringer family. 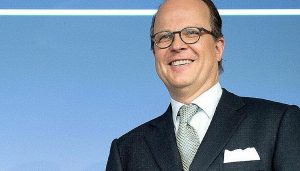 Are the Rothschilds the richest family in the world?

Owners of the tightly held corporation include Chairman Hubertus von Baumbach and his extended family. Little is known about Hubertus and his clan, who are reputed to be press-shy and incredibly discreet, except for the fact that they engage in private equity through the family firm Profunda.

Recommended: How to manage your time as a student

11. Rothschild Family – $350 billion: The Rothschilds, an influential financial family, are based in Frankfurt. The five sons of Mayer Amschel Rothschild—Nathan, James, Salomon, Carl, and Amschel—expanded the family enterprise that he had established in the 18th century. The Rothschild family, who were pioneers in the formation of international finance, established branches outside of their hometown of Frankfurt in cities including London, Paris, Vienna, and Naples. 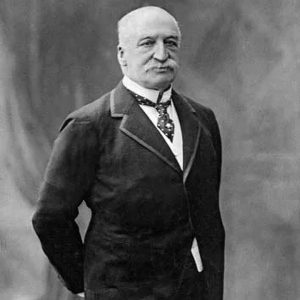 Richest royal family in the world

The Rothschild family expanded their business operations from a modest operation dealing in goods and currency to one that now includes merchant banking, private banking, asset management, mergers and acquisitions, insurance, venture capital, pensions and investments, sovereign debt, and commodities.

Additionally, they have made investments in significant infrastructure projects including the Suez Canal, railways, tunnels, and bridges. Hotel, media, transportation, and wine industries are among further corporate interests.The estimated $350 billion wealth of the Rothschild family is divided among hundreds of relatives. 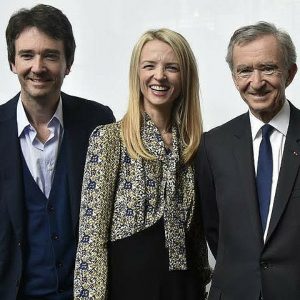 In October 2022, Forbes reported that Arnault and his family were worth US$144 billion, making them the second-richest family in the world and the richest in Europe.Bernard Arnault, the patriarch of the Arnault family, started working at his father’s engineering firm in 1971. After 13 years, Bernard had significantly expanded the company, and another business paid millions of dollars to buy it.

The French luxury company Financière Agache was purchased by Arnault with this cash. From there, Arnault bought Boussac Saint-Frères, the business that owns upscale brands like Dior and Le Bon Marché, among others. Except for Dior and Le Bon Marché, all the brands were sold by Aranault during the following four years. After purchasing companies like Louis Vuitton and Mot Hennessy, Arnault created LVMH using this as leverage. Arnault still runs LVMH today and currently owns about 43.5% of the business. Several of Arnault’s offspring have become involved with LVMH during the past 10 years, and they each possess varied shares of the company.

Recommended: Most technologically advanced countries in the world 2022

Due to their ability to effectively use their resources wisely to meet the needs of the public, these Families are seen as the Wealthiest in the World. However, opposition to rising inequality, including increasing capital gains and income tax rates, as well as new restrictions making it more difficult to leave assets to heirs tax-free, is not new. Some of these families have managed to keep their fortune.